Most GOP Voters Want Trump to Run Again, but Among Those Who Don’t, Pence and DeSantis Are the Leaders 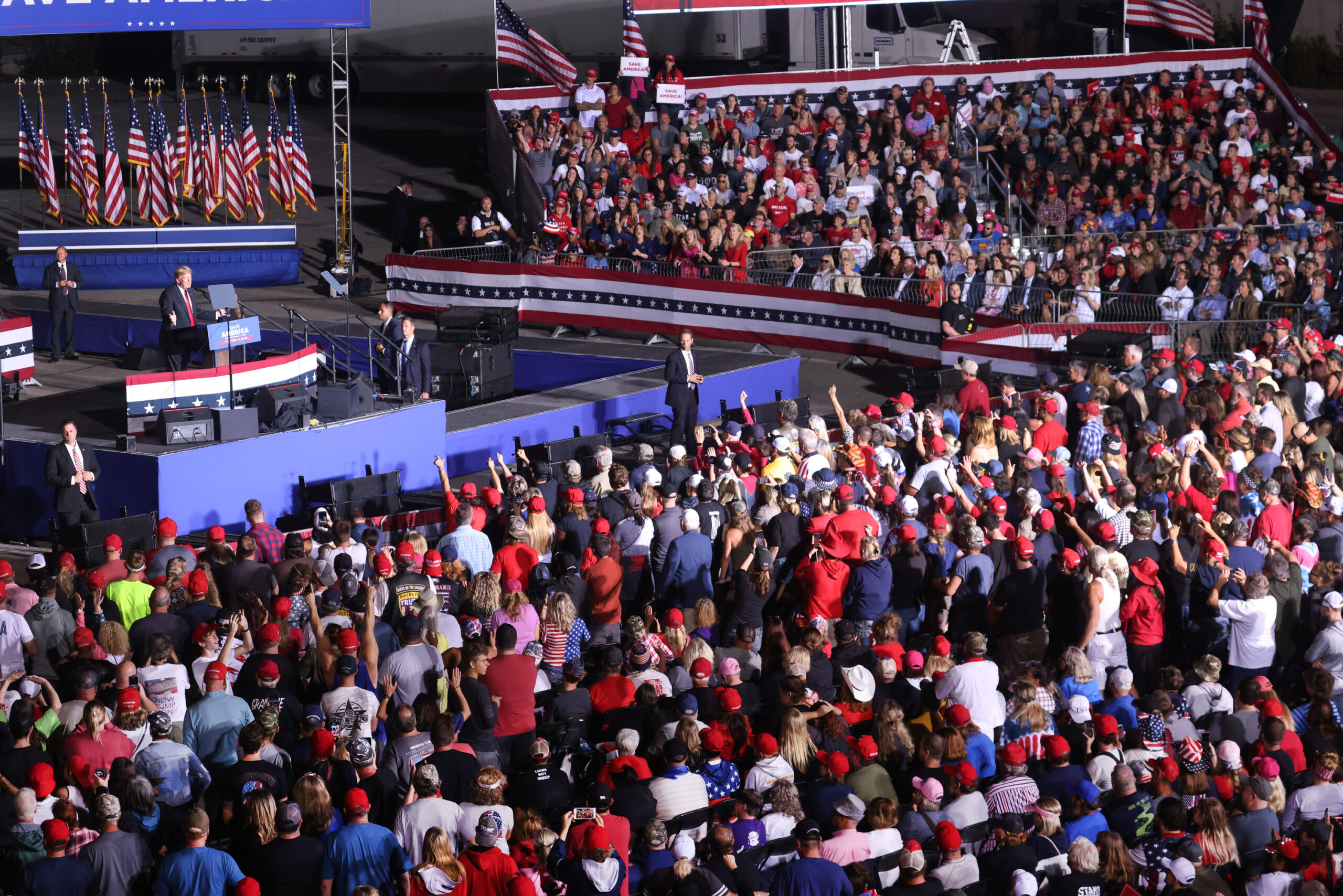 Former President Donald Trump speaks to supporters during an Oct. 9 rally in Des Moines, Iowa. New polling shows most GOP voters want Trump to run for president again in 2024, and that those who do not are most likely to back former Vice President Mike Pence or Florida Gov. Ron DeSantis. (Scott Olson/Getty Images)
By Eli Yokley

Two-thirds of Republican voters say they want former President Donald Trump to run for president in 2024, according to a new Morning Consult/Politico poll. But among those who say he should pass up another bid for the presidency, there’s division over who should replace him.

While Trump Still Dominates 2024 GOP Primary Field, 1 in 4 Who Don’t Want Him to Run Pick Pence