A month after vaccine mandates contributed to a drop in Biden’s popularity among the reliably blue voting bloc, things haven’t improved 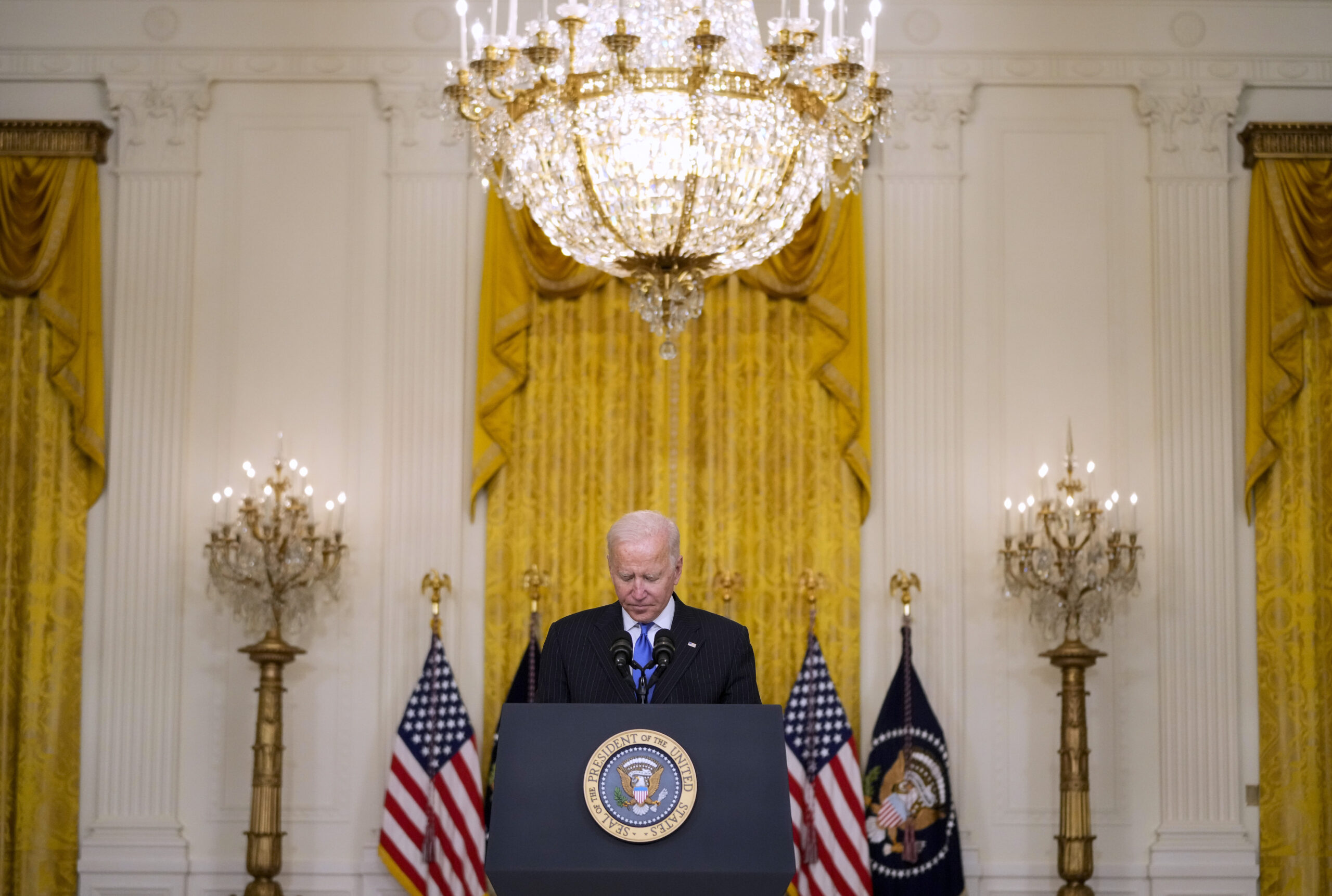 Over a month after President Joe Biden announced a slew of COVID-19 vaccine mandates — and subsequently saw his approval rating among Black voters tumble — new Morning Consult Political Intelligence tracking data shows his standing has not improved with the important Democratic voting bloc. 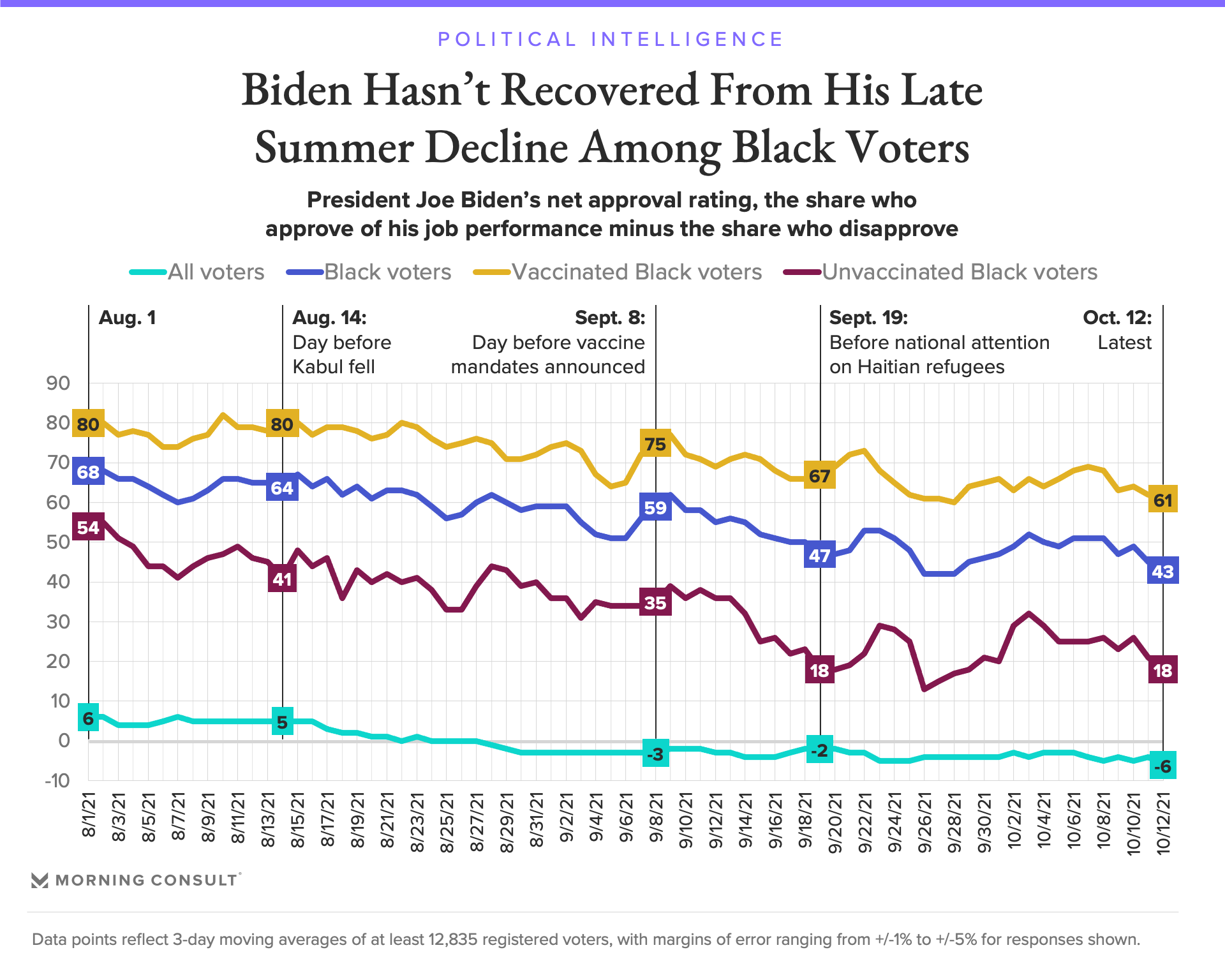 It’s hard to tell if Biden’s vaccine mandates will have a lasting effect on the president’s standing with Black Americans, and it’s even harder to parse the long-term impact that the decline will have on his party’s efforts to hold control of Congress in next year’s midterm elections. But Democrats might be right to worry that diminished enthusiasm among Black voters, who provide a critical base of support for the party, could come back to bite them in next month’s gubernatorial election in Virginia, where roughly 1 in 5 residents is Black, according to census estimates.

The Oct. 10-12 tracking was conducted among 16,557 registered voters with a margin of error of plus or minus 1 percentage point.