‘Still Not Equitable’: How COVID-19 Closures, Differing Safety Policies Are Disrupting School for Many Children 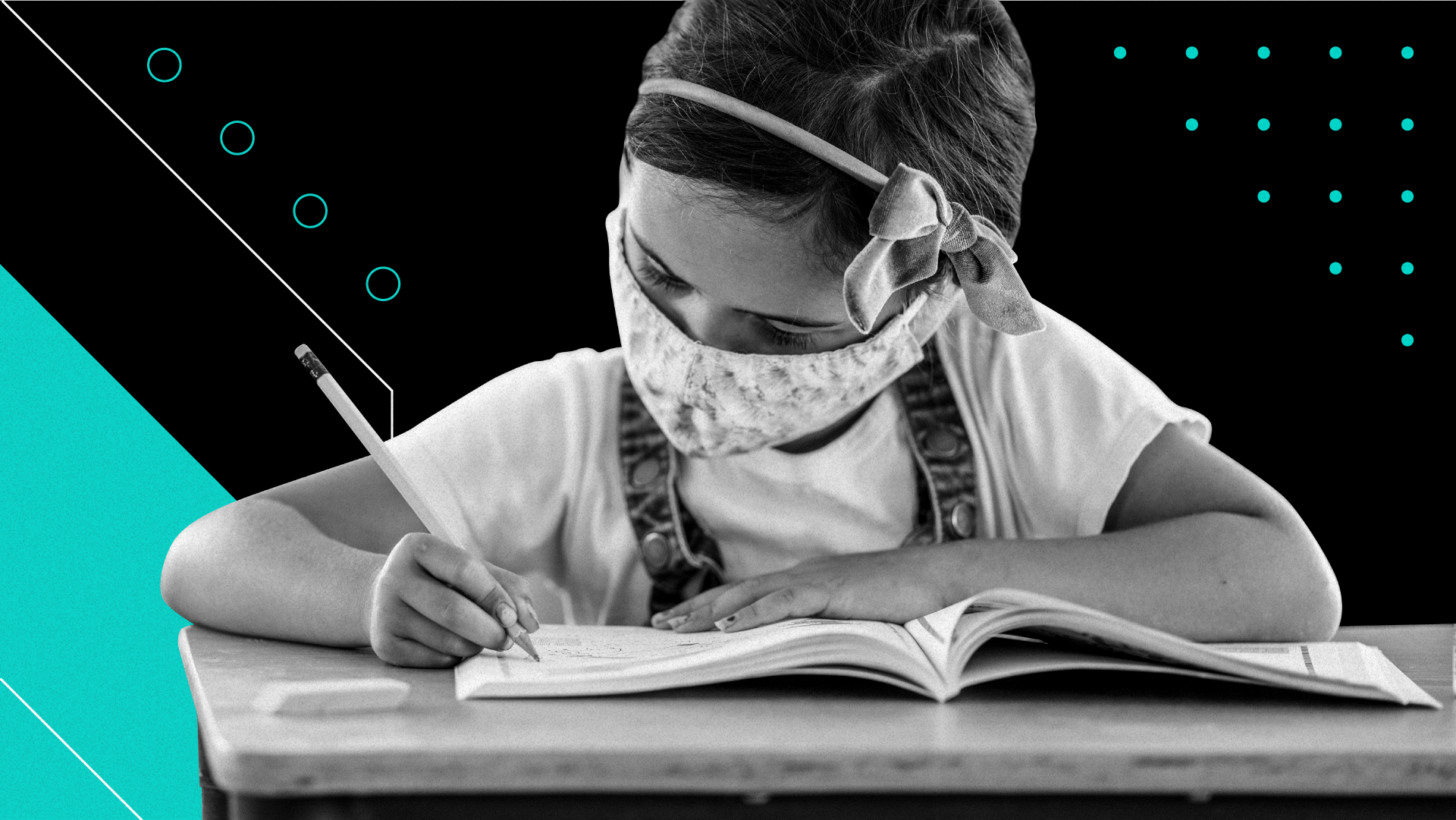 More than a month into the new school year, nearly 2 in 5 parents say COVID-19 has disrupted in-person learning for their children, according to new Morning Consult data that underscores the country’s patchwork approach to keeping the virus out of the classroom.

The number of children hospitalized with COVID-19 peaked in early September, and politicians, teachers’ unions, schools and parents have been brawling over vaccine and mask mandates for months. Now, nearly all U.S. schools are open for full in-person learning, but some 933,000 students had been affected by about 1,800 school closures tied to COVID-19 as of mid-September.

The new survey, conducted Oct. 6-8, sheds light on how deeply the disruptions are affecting American parents. It found that 37 percent of those with kids under 18 said that their schools have closed, started teaching remotely full time or gone partially virtual this fall. And 31 percent said their kids have had to miss school because they either got COVID-19 (10 percent) or may have been exposed to it (21 percent). 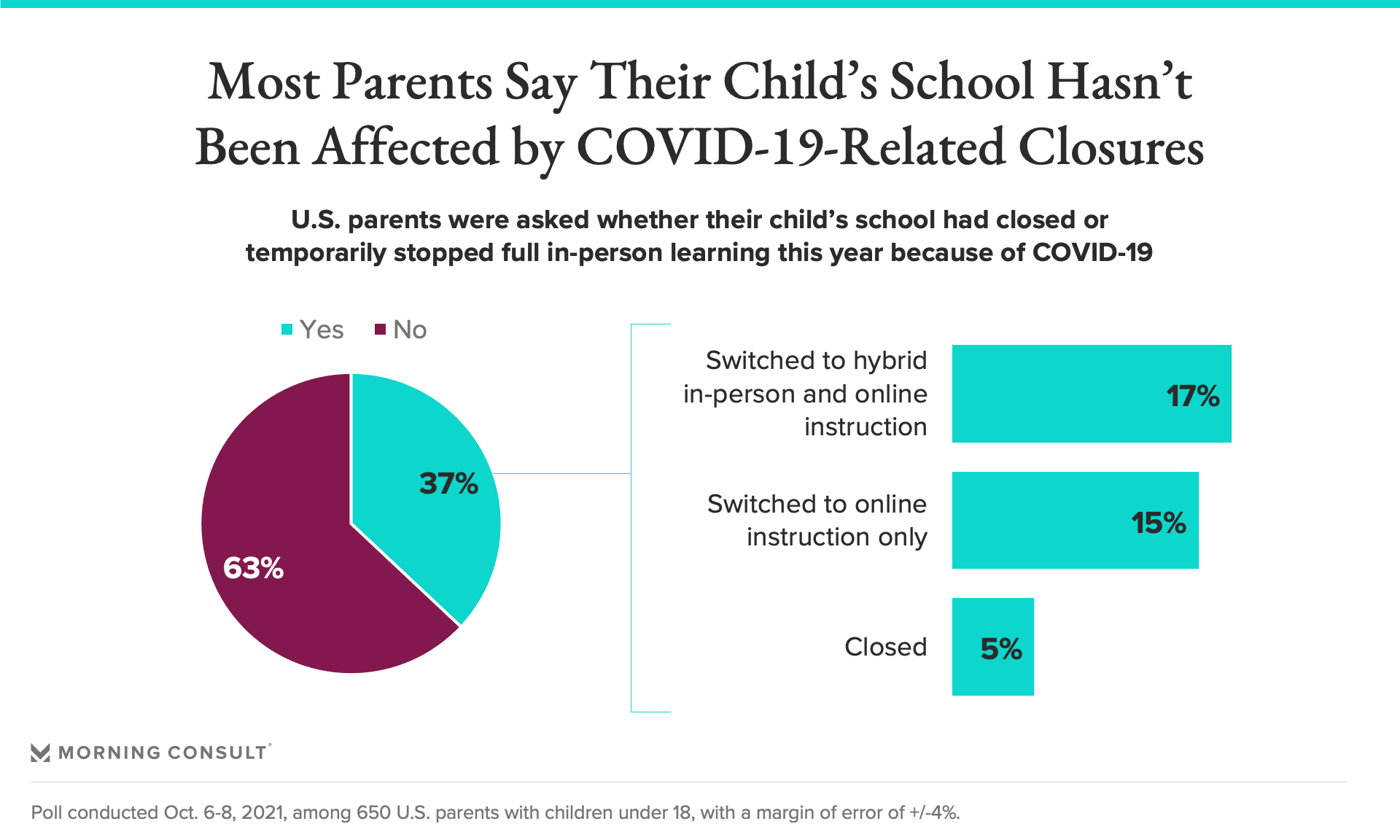 Heightened inequities brought on by closures

“What’s making me lose sleep at night is the continued academic loss for our students this school year,” said Dr. Sara Bode, a member of the American Academy of Pediatrics’ Council on School Health and a pediatrician at Nationwide Children’s Hospital in Columbus, Ohio.

“That is still not equitable,” she added, because school districts with fewer resources and more students from low-income families are “having a harder time standing up a process where it allows kids to have more in-person learning.”

Schools may not have the capacity to effectively run parallel in-person and online classrooms, for example, while many families don’t have reliable internet or the ability to stay home with their kids on last-minute notice. And districts that are struggling now likely took longer to bring students back to the classroom last spring, Bode said.

On top of school- or district-level disruptions, pediatricians and advocates are concerned about some students falling behind their peers if they’re forced to stay home for a week or longer because they get COVID-19 or have been around an infected classmate or family member.

“We see very little communication on what learning looks like for students when they get sent home,” said Bree Dusseault, principal at the Center on Reinventing Public Education, a think tank tracking COVID-19 safety policies in major U.S. school districts. “A number of districts are just sending home packets or just saying, ‘Come back to school in two weeks and we’ll go from there.’” 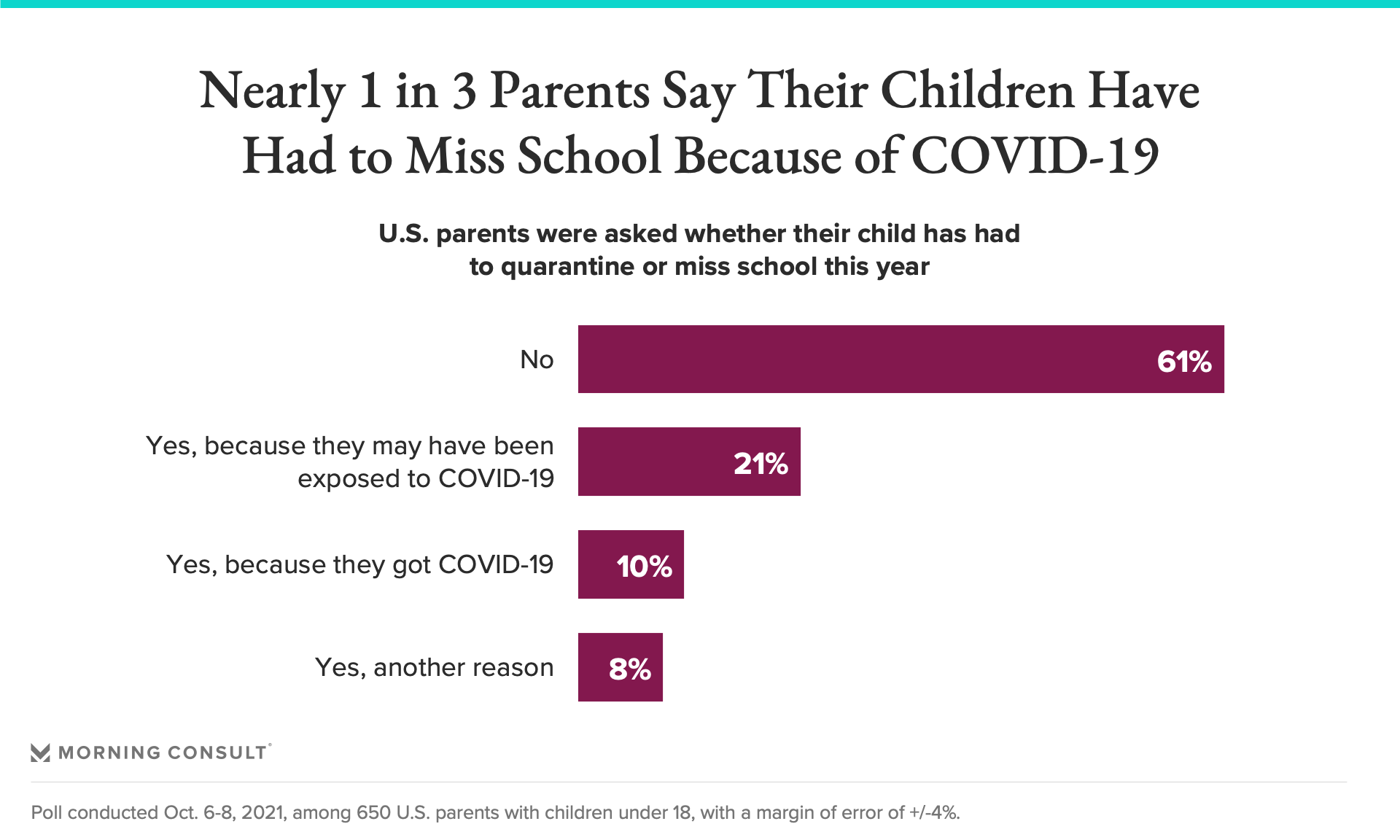 The poll also suggests that many parents are sending their kids to classrooms with few safety precautions in place. Despite public health guidance on universal masking, just 56 percent of parents said their children’s schools are requiring masks. Another 2 in 5 said students must stay home if they show symptoms and 36 percent said their kids’ school has implemented physical distancing.

“The path for safe in-person teaching and learning relies upon a layered approach, starting with vaccines for all who are eligible, regular testing and masks,” said Becky Pringle, president of the National Education Association, the country’s largest teachers’ union. 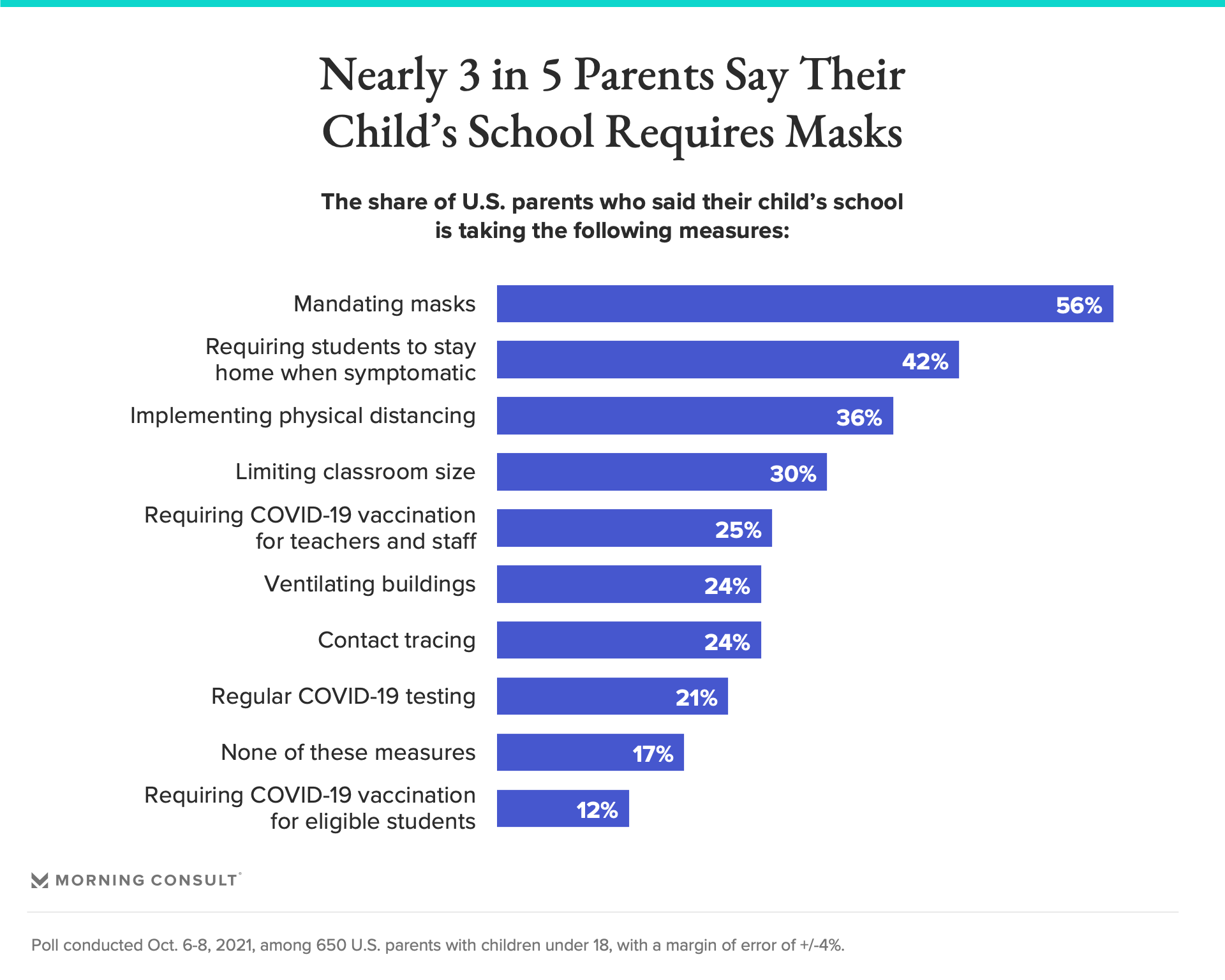 The findings align with new research from Dusseault’s group, shared early with Morning Consult, which found that among 100 large and urban school districts, 43 require staff to get vaccinated, though 28 of those allow teachers to opt out through weekly testing.

Nine of these districts have warned that employees could be fired if they don’t get vaccinated, though they don’t clarify how that will be implemented, the analysis found. The consequences are unclear for others, like the School District of Philadelphia, which requires vaccines but doesn’t plan to fire staff who skip the shots.

Vaccine requirements have also been met with backlash from some educators, however unsuccessfully. Earlier this month, for example, a group of New York City teachers lost a bid to block the city’s COVID-19 vaccination mandate.

About 2 in 3 parents oppose firing unvaccinated school staff, according to the survey, which was conducted among 650 U.S. parents whose children are under 18 and has a margin of error of 4 percentage points. Instead, parents largely favor mask mandates for both teachers and students, regardless of whether they’ve been vaccinated.

That disconnect may help explain why schools’ COVID-19 policies have appeared so haphazard this school year, despite the fact that both the American Academy of Pediatrics and the Centers for Disease Control and Prevention have published extensive guidance.

“A lot of different entities have weighed in on this,” Bode said. “School districts, as an example, they’ve had some difficulty even with their board presentations, and angry community members and families on both sides of the issues.”

Another debate is on the horizon, with children under 12 likely to become eligible for COVID-19 vaccines within the coming weeks and some school districts already weighing a mandate for the shots.

“We really have to make it a priority” to leave children out of “a political fight, and really focus on two things: their education and their safety,” Bode said. That means implementing “policies that allow them the most in-person learning opportunities we can have.”

Related: Almost Half of Parents Want Their Kids Vaccinated for COVID-19 as Soon as They’re Eligible
Children Coronavirus Education Vaccines