Warning Sign for Democrats: Voters Across Parties Expect a Worsening Economy in the Next Year 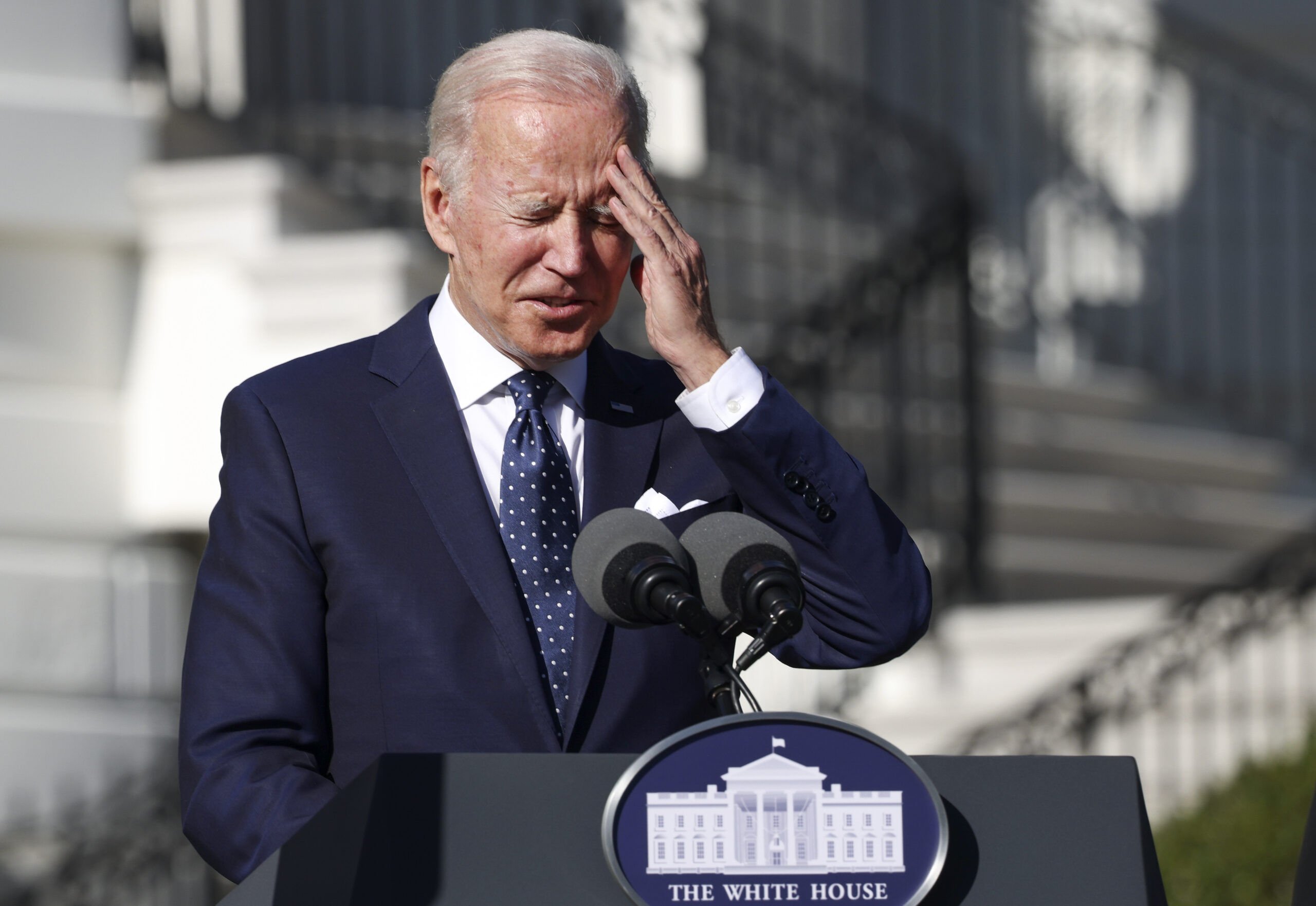 The economy  — once thought to be Democrats’ winning argument in the 2022 midterms — is starting to bite back. After inflation recently matched a 13-year high, stoking fears across of 1970s-style price increases, voters across the political spectrum are increasingly pessimistic about the economy, per new Morning Consult/Politico polling. 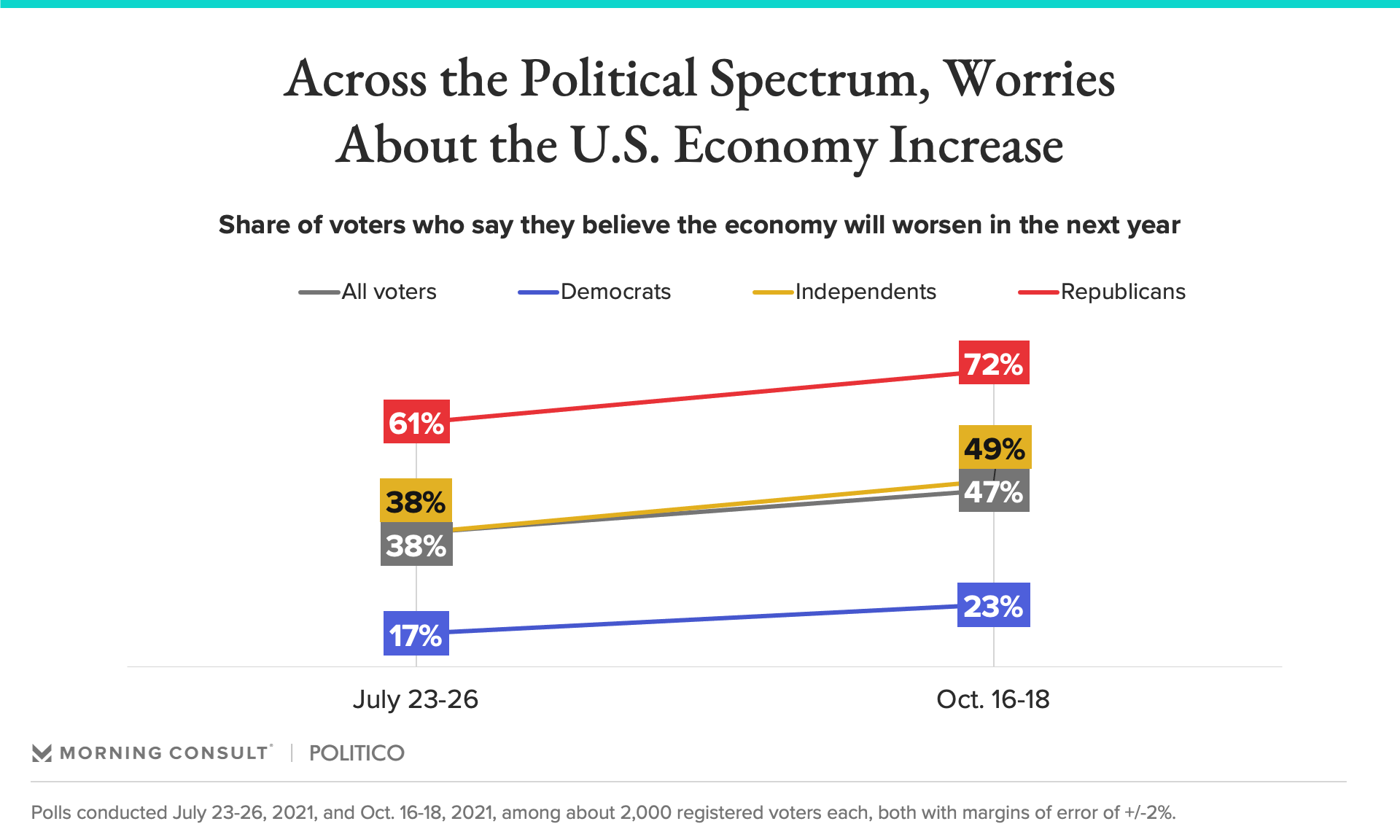 Overall, voters are more likely to blame the policies of President Joe Biden’s administration for inflation, compared to America’s return to pre-pandemic behaviors. The share of the former however, remains largely unchanged from roughly three months ago. 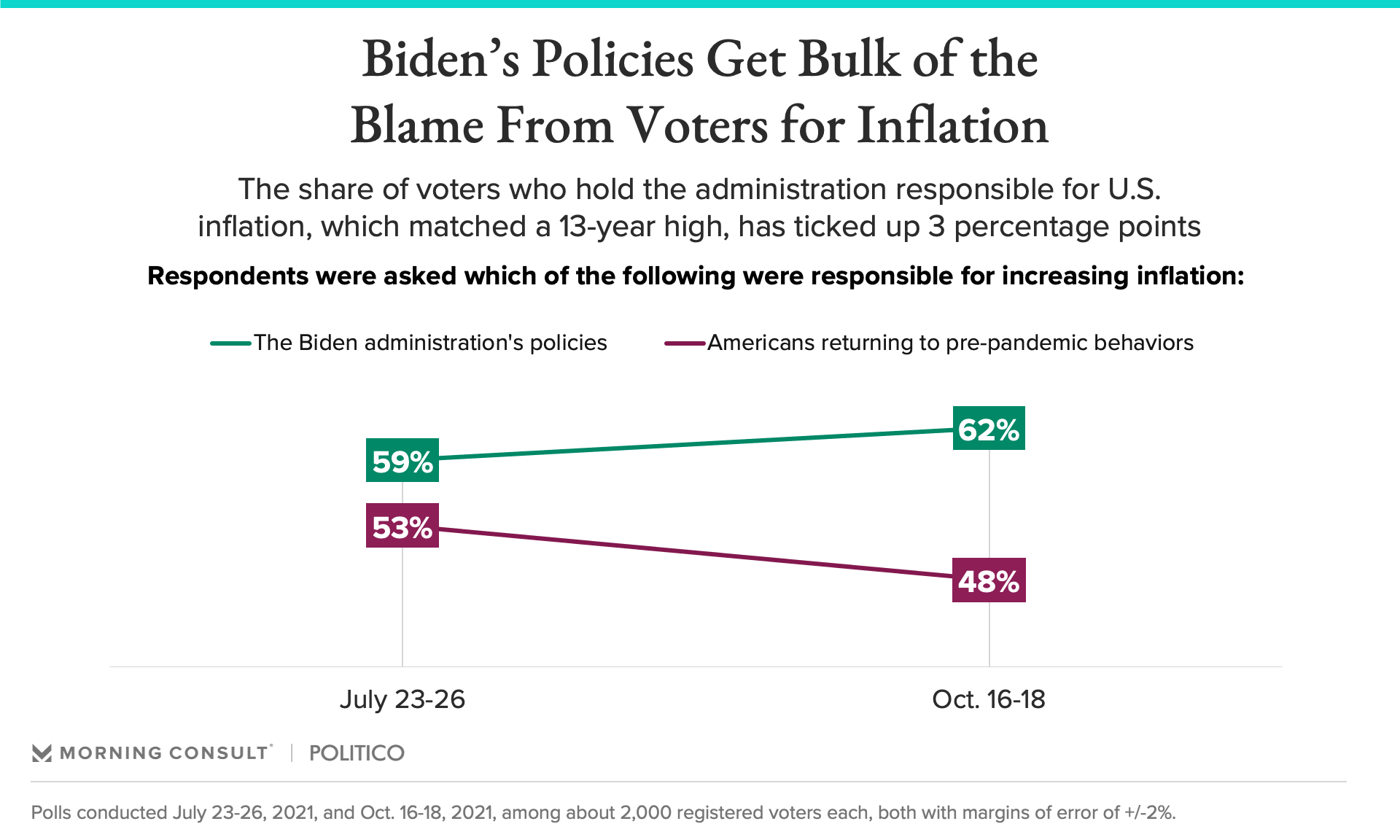