The Dilution Dilemma: How TV’s Prestige Brands Maintain Their Reputations in the Streaming Era

Experts are split on whether streaming platforms are diluting iconic brands like HBO and FX, but data shows new services are getting a “prestige” bump from their namesakes 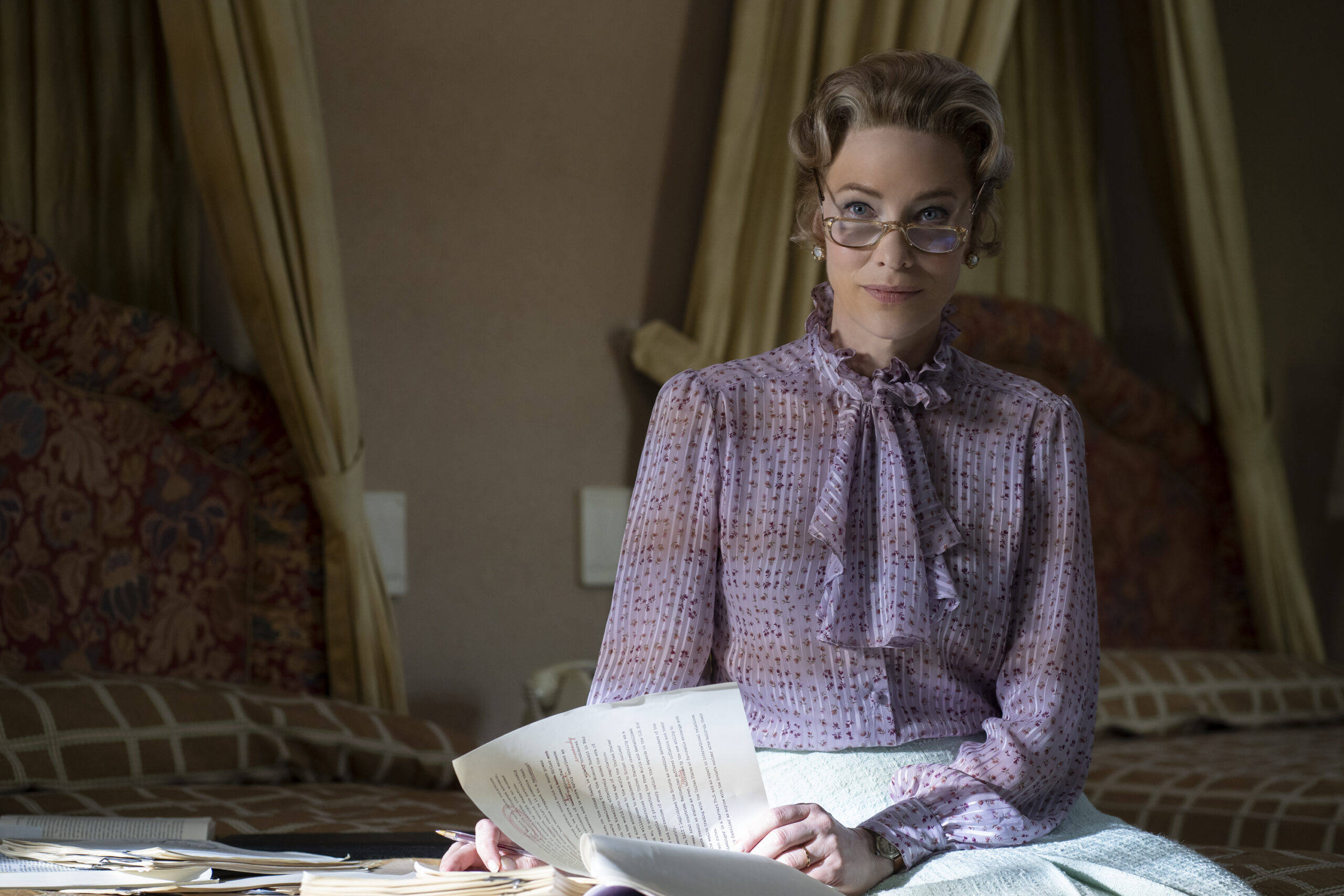 A scene from the "FX on Hulu" series "Mrs. America." The show is one of several from the Disney-owned cable network to premiere directly on Hulu instead of on TV. (Sabrina Lantos/FX)
By Sarah Shevenock

Other stories so far in this series: Critics Think HBO Has the Highest-Quality Content. Viewers Say It’s Netflix

HBO is TV’s go-to destination for premium, critically acclaimed content — or is it HBO Max? Is there even a difference?

Iconic, award-winning shows including “The Sopranos” and “The Americans” have made networks like HBO and FX synonymous with “prestige TV.” But as cable viewers dwindle and legacy media companies focus on upscaling their streaming offerings, there has been a shift in where consumers can find such titles.

A Morning Consult analysis of data from review aggregator Metacritic suggests the luster on these prestigious TV brands may eventually fade as their riches are split between linear and streaming outlets.

A “prestige” show is defined as having a Metacritic score of at least 74, calculated by using the interquartile range of the data set.
Morning Consult analysis of Metacritic data

The analysis found that WarnerMedia’s HBO has led the way among cable networks by producing nearly 30 prestige shows over the past six years. Morning Consult defines a “prestige” series as a scripted drama, comedy or limited series with at least 10 reviews and a Metacritic score of 74. Walt Disney Co.-owned FX ranked second with 11 prestige programs.

But as companies like WarnerMedia and Disney increasingly shift their resources from cable TV to streaming, their legacy brands are being thinned out, and may no longer be seen as go-to sources for quality programming.

“That used to be true five years ago,” said Allen Adamson, a co-founder and managing partner of brand marketing firm Metaforce, referring to HBO’s reputation. “But I don’t think that’s where current consumer perceptions live. If we ask consumers today where you go to find the best content, they’re confused.”

Earlier this year, WarnerMedia debuted “Hacks,” a dark comedy starring Jean Smart, on HBO Max. The series earned 13 Emmy nominations, winning in three categories. It’s the type of show that would have premiered directly on the linear HBO channel a few years ago, but now that HBO Max exists, it must be filled with quality content. And following the success of “Sopranos” prequel film “The Many Saints of Newark,” Deadline reported this week that WarnerMedia is considering making a prequel series to the HBO show — and debuting it on HBO Max, not HBO.

WarnerMedia bet big on consumers’ recognition of the storied HBO brand when it chose to name its streaming service — which includes content from other brands such as DC Entertainment and CNN — after the premium network. The company apparently hoped the sheen of TV’s most prestigious brand would elevate its other content offerings. But that may have been a mistake, according to Adamson.

“HBO took a very focused, powerful brand and they broadened it to HBO Max and threw everything but the kitchen sink under that brand in an effort to try to get scale in streaming, which has not succeeded yet,” he said, pointing to how HBO content has fared alongside comparatively lowbrow reality TV from some of WarnerMedia’s other brands. “They’ve diluted their brand.”

Some WarnerMedia executives want to change the streaming service’s name, believing it’s confusing to consumers and doesn’t do a good job of differentiating itself from HBO, according to CNBC.

The analysis of Metacritic data shows that HBO Max may be beginning to siphon off some of WarnerMedia’s most prestigious content. While HBO debuted six prestige shows in 2020 compared with just two from HBO Max, launched that year, so far this year HBO Max has released three such shows to HBO’s two.

WarnerMedia may not care which brand wins this battle so long as the HBO name continues to be associated with quality. In the near future, however, HBO original series may be indistinguishable from their HBO Max counterparts.

Jason Cherubini, chief financial officer of the production company Dawn’s Light Movies, is more optimistic about HBO Max’s branding, noting that when users sign into the service, content brands are prominently displayed, making it easy to differentiate between HBO’s latest prestige release and programming from other WarnerMedia brands.

“If you’re HBO, your brand, your quality of what you’re doing, is able to be separated from what is below it,” he said.

A similar trend is happening at Disney as the company attempts to define its linear and streaming brands. After purchasing Fox’s entertainment assets in 2019, Disney now owns FX and is hoping the cable network’s reputation for prestige programming rubs off on its streaming service Hulu.

“Hulu is another brand struggling to define its reason for being,” said Adamson of Metaforce. “They are further behind because they don’t have the budget to create original content, so it’s just been a collection of stuff that’s nice to have. Everyone trying to get scale to win the streaming game is throwing anything they can against the wall to see what sticks.”

Disney attempted to bolster Hulu’s offerings last year when it created FX on Hulu, a special hub for nearly all of FX’s content. Disney also now premieres some FX-produced series like “Mrs. America” and “Reservation Dogs” directly on Hulu instead of on the FX network itself.

According to Adamson, that decision hasn’t had its intended effect. “Putting two weak brands together does not make a strong one,” he said.

From 2016 to 2018, FX released seven new prestige titles including “Atlanta” and “Pose,” but that number fell to just one — “What We Do in the Shadows” — in 2019 before dipping to zero in 2020 and 2021 to date. Hulu, however, has benefited from the migration of FX content. Without the FX-produced “Reservation Dogs,” the streaming service would only have one prestige show so far this year in “Only Murders in the Building.”

“The evolution has been that the networks are less the brand and their shows are more the brand,” said Val Bischak, general manager and vice president of growth at ad tech platform Amobee.

While data has shown that consumers view Netflix as the highest-quality content among major streaming services, it’s clear that prestige content still factors into decisions to sign up for new services.

An Oct. 9-12 Morning Consult survey found that 79 percent of adults, including 83 percent of self-described avid TV fans, said they consider a streaming service or TV network’s reputation for making high-quality TV shows when signing up — perhaps an indicator that Disney and WarnerMedia were wise to lead with the FX and HBO names when branding their new streaming offerings, even if this leads to diluting the original networks’ brands down the line.

Cherubini argued that reputations like HBO’s will stick, with viewers not caring where they find HBO content so long as it’s still branded as such.

“If you look at a production studio for a film knowing it’s one of their films, you’re still going to think it’s really high quality, whether or not you see it at an AMC theater or a Regal theater,” he said.

FX admirers, likewise, will probably watch the network’s content whether it’s on TV, streaming on Hulu or appearing somewhere else, provided Disney is able to maintain the network’s reputation as distinct from Hulu.

And that’s the Catch-22 of branding in the streaming era: Companies want legacy brands to attract audiences to their streaming services, but the very process of integrating those brands could diminish what made them so attractive in the first place.