Ahead of the Holidays, Boomer Financial Well-Being Stands Out 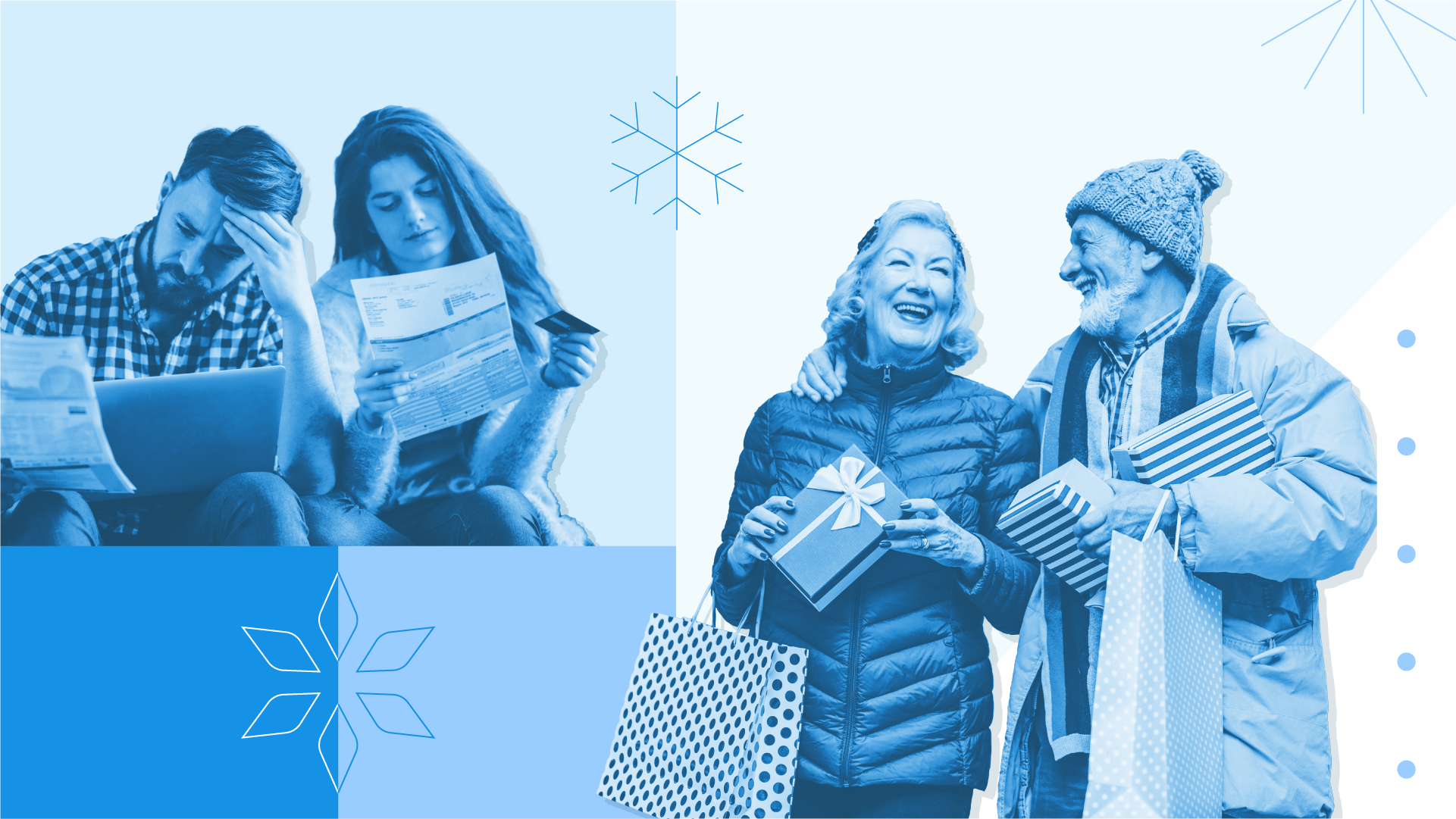 As the delta variant subsides, it will leave in its wake a deep financial well-being divide between generations that could worsen as consumers prepare for upcoming holiday spending. Financial services leaders must focus conversations with their customers across all generations on near- and long-term financial goals, and weave empathy into every interaction.

If you can afford to buy a wedding or birthday gift without thinking much of it, odds are you’re a boomer. As we enter the holiday season, Gen Z adults, millennials and Gen Xers are twice as likely as boomers to say that giving a gift would strain their finances for the month — and that’s just one example epitomizing their declining financial well-being.

Recent Morning Consult data shows that although consumers are feeling more confident in the economy as the U.S. emerges from the worst of the delta variant, greater personal financial well-being is enjoyed by a select few demographics: boomers, high earners and white households. Others, meanwhile, continue to feel the lasting — and deepening — effects of the pandemic.

While millennials’ financial well-being has stayed relatively level, albeit low, over the past few months, Gen X and Gen Z both dropped by statistically significant margins of 2.06 and 2.25 points, respectively. Boomers’ financial well-being dropped less than 1 point, from 56.56 in August to 55.89 in September. The result is a wider gap of 5.62 points between the financial well-being of boomers and the average U.S. adult. The question leaders need to be asking is why.

Boomers’ consistently higher financial well-being can’t be attributed to their life stage, and the lower well-being of other generations isn’t just due to the pandemic

First, it’s important to understand what Morning Consult’s Financial Well-Being score reflects.  Derived from the Consumer Financial Protection Bureau’s scale and scoring methodology of the same name, it is based on 10 questions aimed at gauging consumers’ present and future financial security and freedom of choice.

More importantly, the evaluation process entails creating a normalized financial well-being score that is directly comparable across age groups, based on findings that respondents give slightly different answers to the survey questions depending on their age.

It’s not that younger generations are suffering in silence, unwilling to ask for help. In September, millennials and Gen Z adults were about twice as likely as boomers to report seeking assistance from a bank professional (52 percent and 57 percent of those who use banks, respectively, compared with 27 percent for boomers).

So what is the cause for the great divide between boomers and all other generations in terms of financial well-being? The short answer is that there isn’t just one reason.

Lower financial well-being among Gen Z adults, millennials and Gen Xers reflects the distinct struggles and experiences of each group

Gen Z adults are on an uphill climb toward stability and are focused more squarely on short-term financial goals. Income volatility is a major challenge for them as they manage their finances, with fewer than 4 in 10 Gen Z adults reporting that their income was the same in September and October, with the majority reporting fluctuations.

Millennials are exhausted, struggling with both near- and long-term goals. Many never fully caught up after persevering through the Great Recession early in their careers. They are the most likely generation to say they are just getting by financially (46 percent), and that they are always or often behind on their finances (37 percent).

Gen Xers are discouraged, worried they’ll never achieve the stability that many boomers enjoy so conspicuously. Their lower financial well-being is driven by dim outlooks of their long-term freedom. They’re currently least likely to say they can enjoy life because of the way they are managing their money (31 percent), and most likely to be concerned that the money they have or will save won’t last (56 percent).

This analysis shows that financial services organizations must further tailor strategies that account for the unique financial well-being perceptions and struggles of each generation.

For Gen Z, that means providing strategies that can account for month-to-month fluctuations and ease near-term stress. Financial professionals should help millennials prioritize their goals and create action plans to achieve them, while recognizing the fatigue this generation feels. Conversations with Gen Xers, on the other hand, should focus on long-term goals that the group envisions will allow them to enjoy life, and work backward to short-term strategies for meeting them.