Solar and Wind Are the Public’s Most Favored Energy Sources

Fossil fuels elicit stark partisan divide, with oil and coal especially favored by Republicans at much higher rates than by Democrats 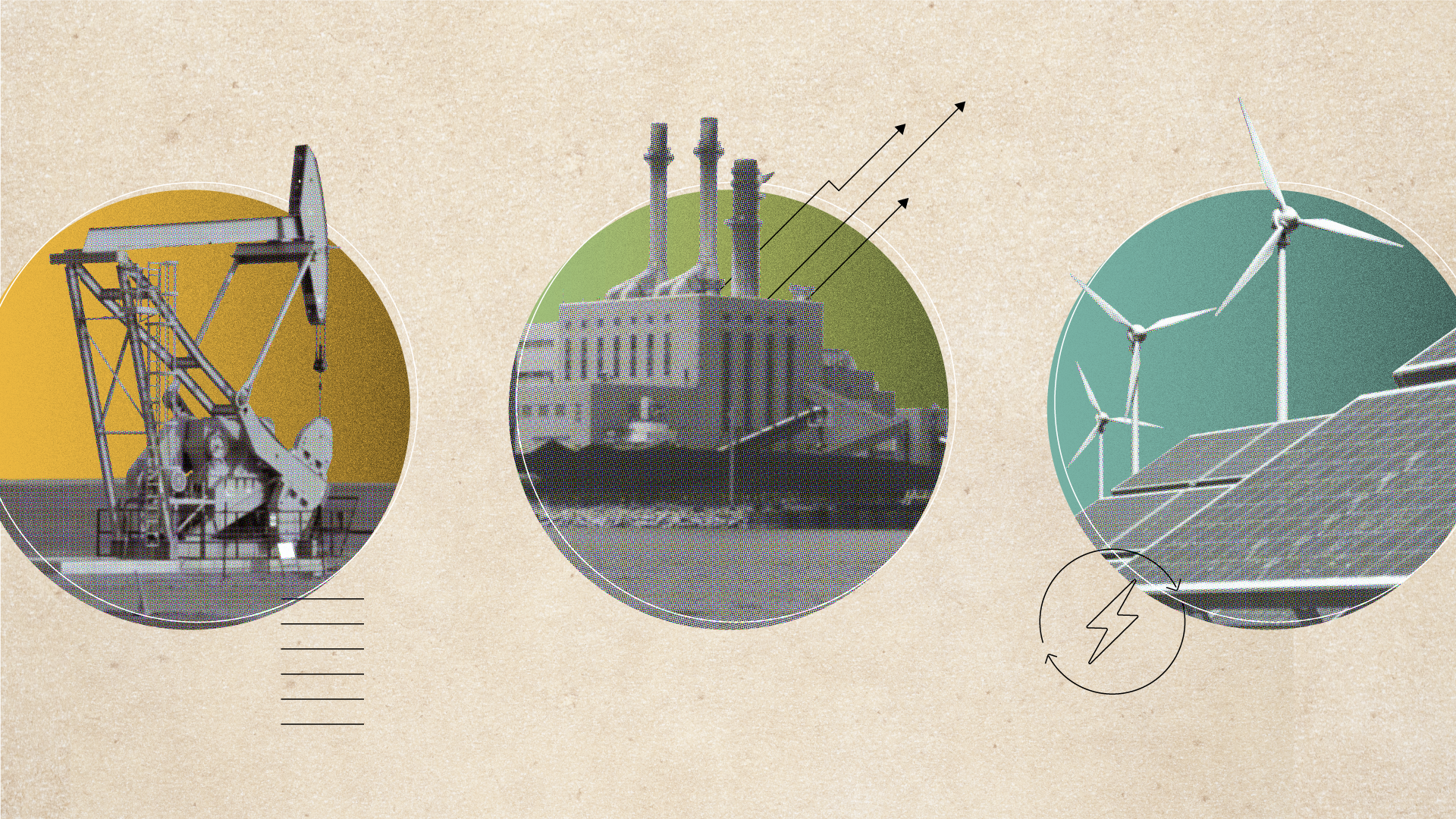 Meeting the Paris Agreement goal of keeping global warming to under 1.5 degrees Celsius above pre-industrial levels requires a concerted transition from one system to another that relies on an entirely different set of energy sources.

As the U.S. delegation to COP26 in Glasgow next week — and lawmakers at home — contemplate the specifics of the country’s energy and emissions commitments, the latest data from Morning Consult’s ongoing Taking the Temperature project found that the public has an overwhelmingly positive opinion of zero-emissions sources like solar and wind, with natural gas (a fossil fuel) close behind. 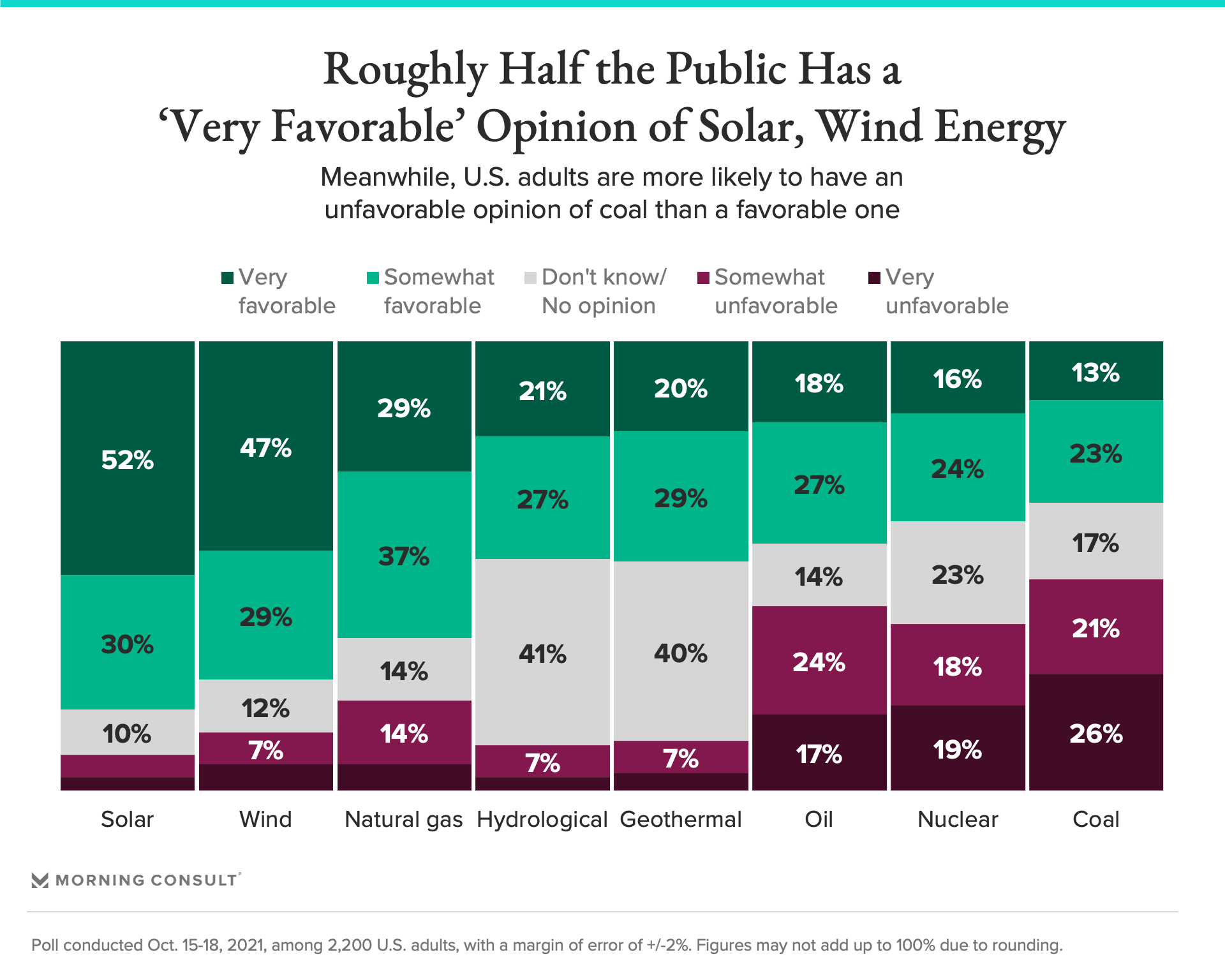 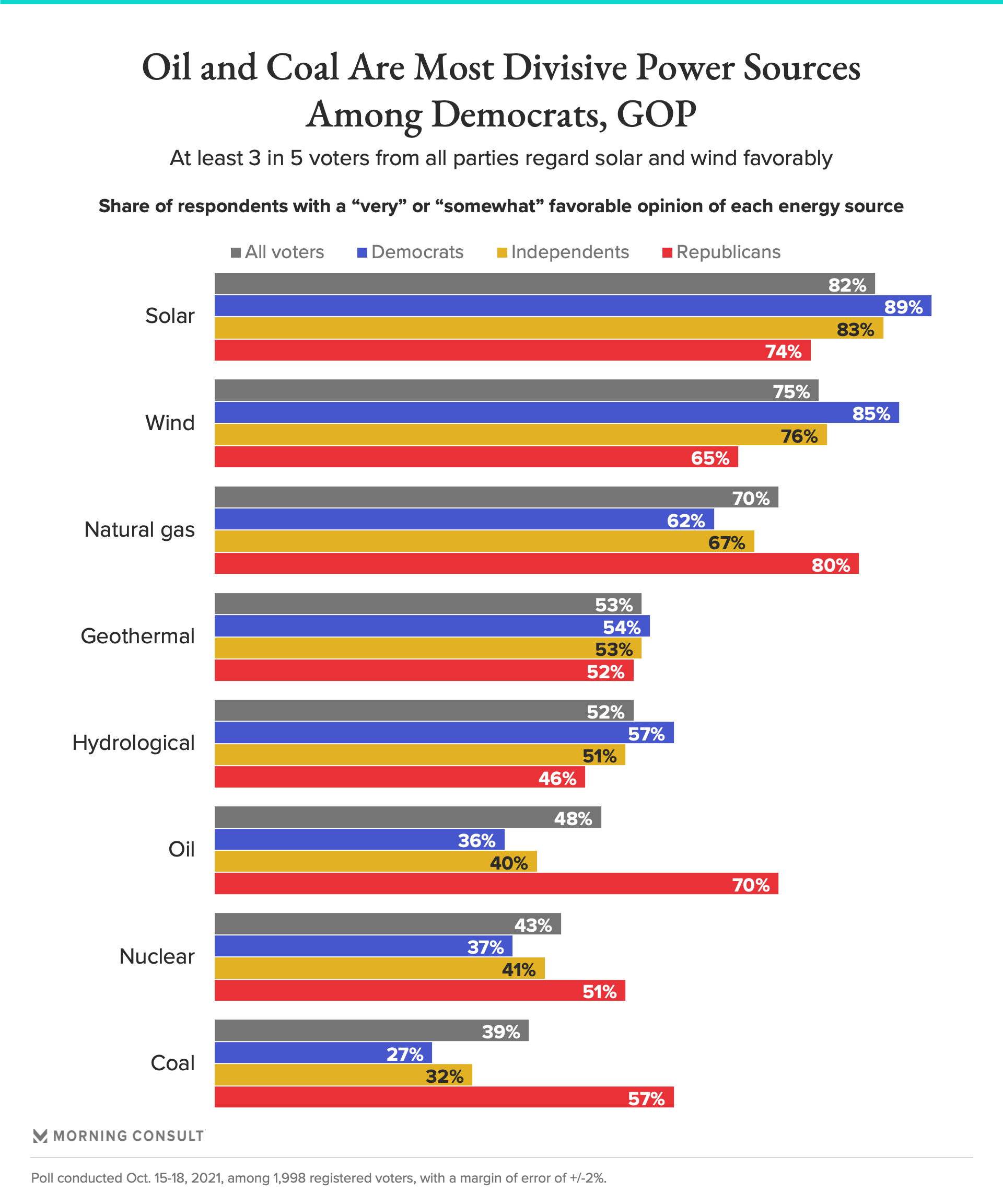 What the numbers say, by party

The Biden administration needs as much public support as it can get for its climate and energy policies going into COP26, especially with a narrowly divided Congress and an international community that has historically been difficult to convince of much. So, the overall support for solar and wind — both of which have featured prominently in the president’s domestic plans — likely comes as good news to the White House.

However, the preferences of the public do not ultimately have much bearing on the energy sources from which their own corner of the grid draws. Utilities still tend to have near-monopolistic control, which is part of the reason the Clean Electricity Performance Plan became such a contentious climate provision in reconciliation bill discussions. For now, utilities are making emissions pledges of their own, and self-reported industry data shows they are slowly lowering overall emissions rates, even though natural gas still figures prominently in their resource mixes.