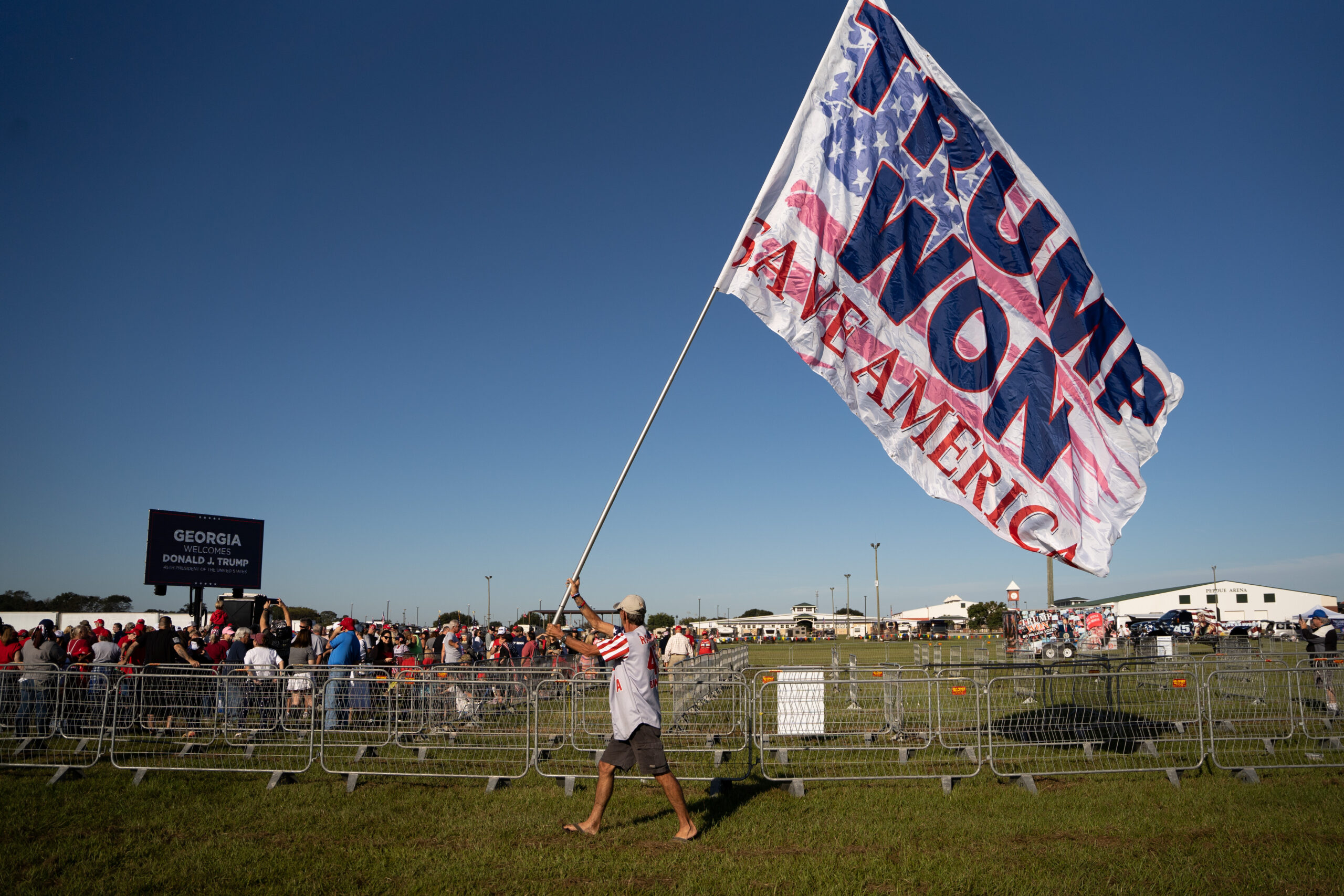 A man carries a flag that reads "Trump won" before a Sept. 25 rally featuring former President Donald Trump in Perry, Ga. While Republican officials have expressed concern that Trump's continued litigation of the 2020 election could depress turnout in the upcoming midterm elections, new polling shows the opposite may well be true. (Sean Rayford/Getty Images)
By Eli Yokley

Donald Trump sparked new alarm among Republican officials when he said the party base “will not be voting” in next year’s midterm elections unless the GOP addresses its fears about voting fraud in the 2020 presidential election, but a new Morning Consult/Politico poll suggests the former president’s insistence on elevating the issue is resonating with a highly motivated segment of the Republican electorate.

Republican distrust in the integrity of the 2020 presidential election was blamed as a contributing factor to the loss of the Senate in two Georgia runoff elections in January, raising concerns among some GOP officials about the party’s work to take back Congress next year. But the survey suggests these officials may not need to be so worried about Trump’s rhetoric weighing the party down in the midterms, which history shows will serve as a referendum on the Democrats, who control the White House and both chambers on Capitol Hill.

What else you should know:

Related: Most GOP Voters Want Trump to Run Again, but Among Those Who Don’t, Pence and DeSantis Are the Leaders
2022 Elections Trust Voting