The Climate President’s Twin Tests: COP26 and His Own Base

As Biden seeks to prove his climate bona fides in Glasgow, he faces waning enthusiasm at home on his administration’s handling of the issue 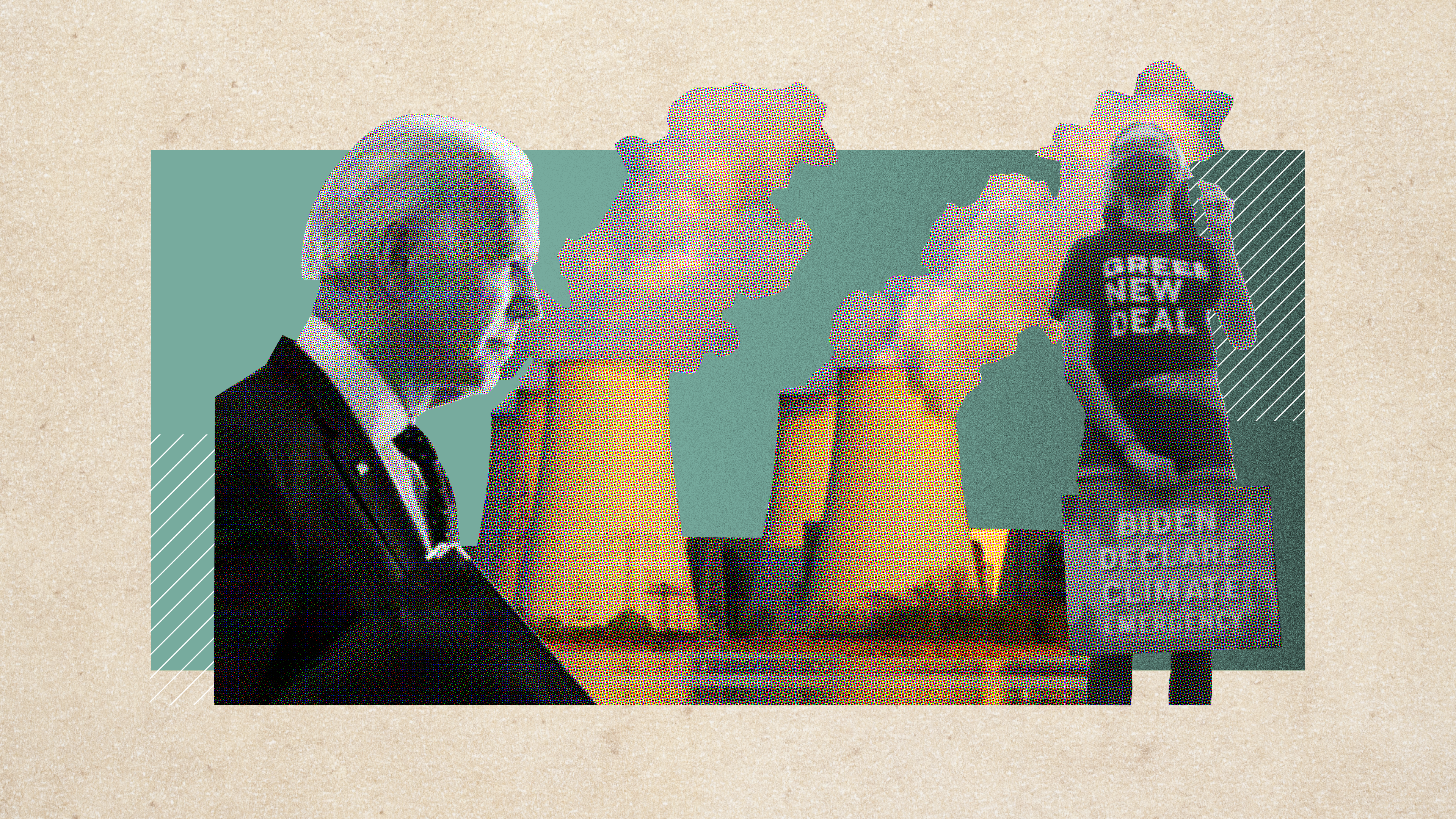 On his first day in office, President Joe Biden rejoined the Paris Agreement, once again dedicating the United States to emissions reduction commitments that his predecessor had left by the wayside. He followed that up with a flurry of executive actions signaling his determination to pull out all the stops on addressing the climate crisis.

But 10 months later, Biden is entering one of the most major climate negotiations of his presidency so far with a slight public opinion shortfall: U.S. voters seem to be losing a degree of faith that transformative climate action is on the horizon.

Morning Consult’s Taking the Temperature project found that approval of the Biden administration’s climate policies has softened among voters of all parties in recent months. Meanwhile, the share of voters who say they are confident that the country will mitigate climate change has trended slightly downward as well, even as Congress and the White House remain tangled in the specifics of a reconciliation package that has the potential to result in major climate action.

While the end-of-month deadline of the COP26 summit looms largest over the coming days of discussions, the data suggests that the potential for major voter disappointment is a third rail for lawmakers should they fail to achieve something meaningful on climate, either on the Hill and in Glasgow, Scotland.

When Biden came into office, most voters backed a range of specific climate and environmental policies he proposed on the campaign trail. But public approval of how his administration is handling climate change writ large has weakened over the last five months.

Weekly surveys are conducted among roughly 2,000 registered voters and have a margin of error of +/-2%.

While the Biden administration still has a plurality (48 percent) approving of his handling of climate change, the share that “strongly” approves has shrunk to 17 percent from its peak of 25 percent in early June, per the latest Taking the Temperature data. This is driven largely by a drop among Democrats, from 46 percent to 32 percent.

Overall approval was at a high of 54 percent  — including 81 percent of Democrats and 25 percent of Republicans — in late July, just before approval of Biden’s overall job performance began to dip across the board.

Frances Colón, senior director of international climate at the Center for American Progress, said the gradual waning in approval reflects the fact that it has been nearly a year since Biden’s election, and climate-concerned voters were likely expecting decisive climate action — on the order of a major infrastructure or reconciliation bill — sooner rather than later.

“It has taken longer than most people expected,” she said, while “people have been feeling the impacts of climate change,” referencing the widescale toll of disasters so far this year.

Furthermore, while the president started out his administration “guns blazing” on climate change, more recently he has had to leave Congress to its own devices when it comes to formalizing his goals in law, said Danielle Deiseroth, senior climate analyst at the Data for Progress, a polling organization and think tank that works with left-leaning clients.

And that process has been both more fraught and more high-profile than the steady faucet trickle of executive branch climate actions that have characterized recent months.

“I think after Congress does whatever they do with the reconciliation bill and the infrastructure bill, we’ll start to see federal executive actions pick up again,” Deiseroth said, “because the administration will be filling in the gaps where Congress wasn’t able to enact legislation.”

Will the United States do enough? Voters aren’t sure

For now, however, many voters are worried. When asked whether they think the United States will successfully reduce its carbon emissions and slow the impacts of climate change in the next decade, 39 percent do not express much confidence.

Weekly surveys are conducted among roughly 2,000 registered voters and have a margin of error of +/-2%.

In May, when the Taking the Temperature project began conducting regular surveys, more than half of voters were “somewhat” or “very” confident that the country would succeed in its climate action aims. And while there has been some movement in recent months, the optimists have not gained any ground, despite the administration’s best efforts.

The partisan divide that marked voter approval of the administration’s climate policies narrows considerably here, with Democrats and Republicans both skeptical about the country’s ability to mitigate emissions. Per the most recent numbers, 62 percent of Democrats and 43 percent of Republicans are confident in the country’s ability to shift the trend of warming. The main discrepancy between the groups is that Republicans were more likely to answer that they do not know or have no opinion.

Anthony Leiserowitz, director of the Yale Program on Climate Change Communication, said that climate policy has been pinned in the public mind to the negotiations on the reconciliation and infrastructure bills, so the confidence of both Democrats and Republicans when it comes to tackling the issue is embroiled in what they’re hearing about those discussions.

So far, several major climate policies look like they will end up on the cutting room floor as lawmakers negotiate the final reconciliation bill, at the request of linchpin Sen. Joe Manchin (D-W.Va.): the Clean Electricity Performance Program, a carbon tax and potentially a methane fee. Remaining options under discussion include grants, loans and tax credits to facilitate the decarbonization of industrial sectors, as well as manufacturing credits for domestic renewables supply chains.

The lawmakers have set themselves an Oct. 31 deadline — coinciding with the start of COP26 — to finalize at least a framework of the package, but it remains to be seen if they will manage to pull it off, and whether voters will regain a sense of climate optimism once the legislation and the negotiations are in the rearview mirror. As of Oct. 26, White House said that climate programs in the final reconciliation package will range from $500 billion to $555 billion, though conversations remain ongoing.