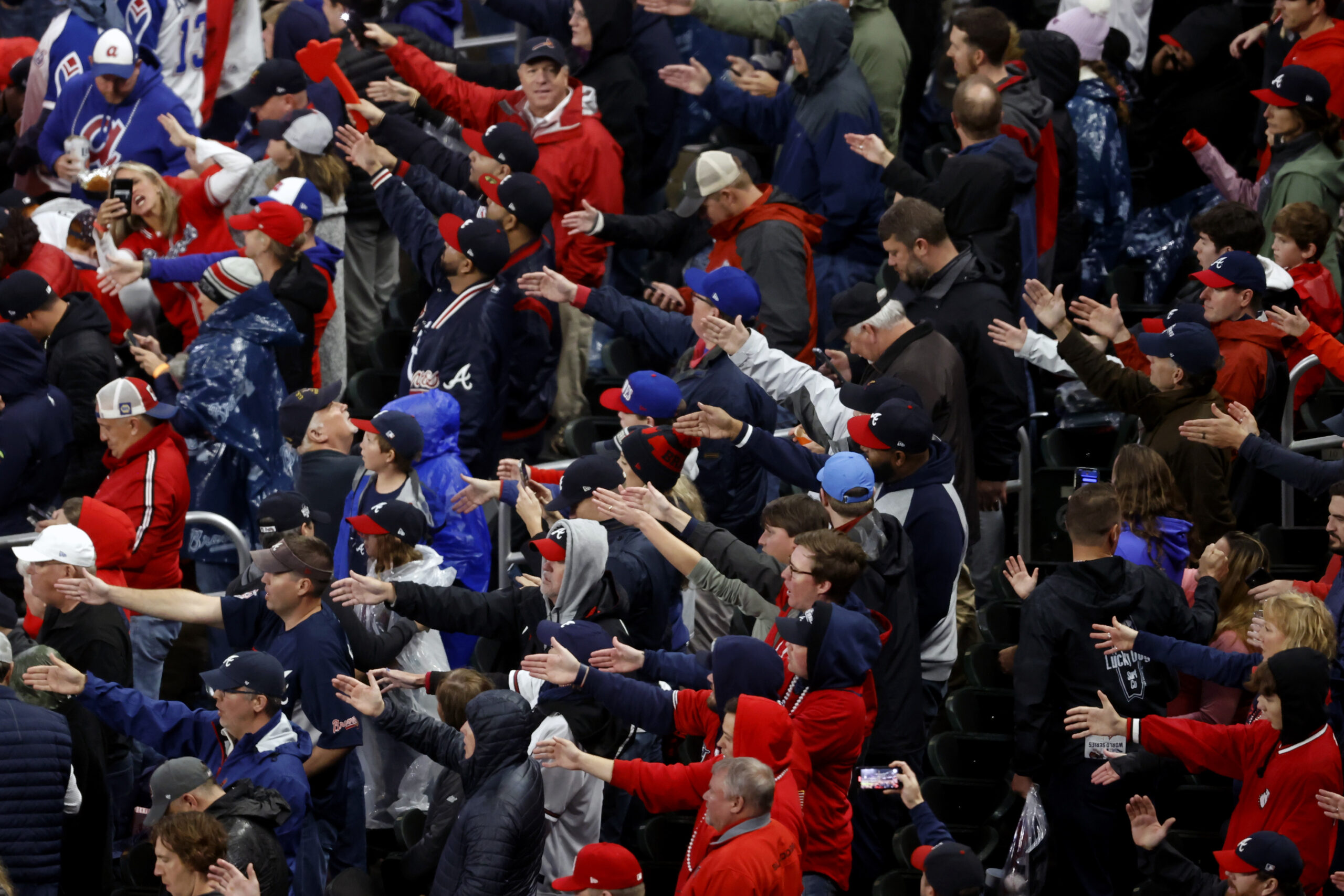 Fans do "the chop" during a World Series game between the Houston Astros and the Atlanta Braves at Truist Park in Atlanta, Georgia. Despite increased scrutiny of the controversial gesture, most American's don't support banning it. (Photo by Michael Zarrilli/Getty Images)
By Alex Silverman

With the Atlanta Braves’ tomahawk chop already under increased scrutiny, former President Donald Trump turned up the temperature by taking part in the chant and gesture while attending Saturday’s Game 4 of the World Series at Truist Park. While some journalists and fans have criticized MLB for allowing the team to continue the controversial cheer, recent survey results indicate the majority of Americans don’t want the league to step in. 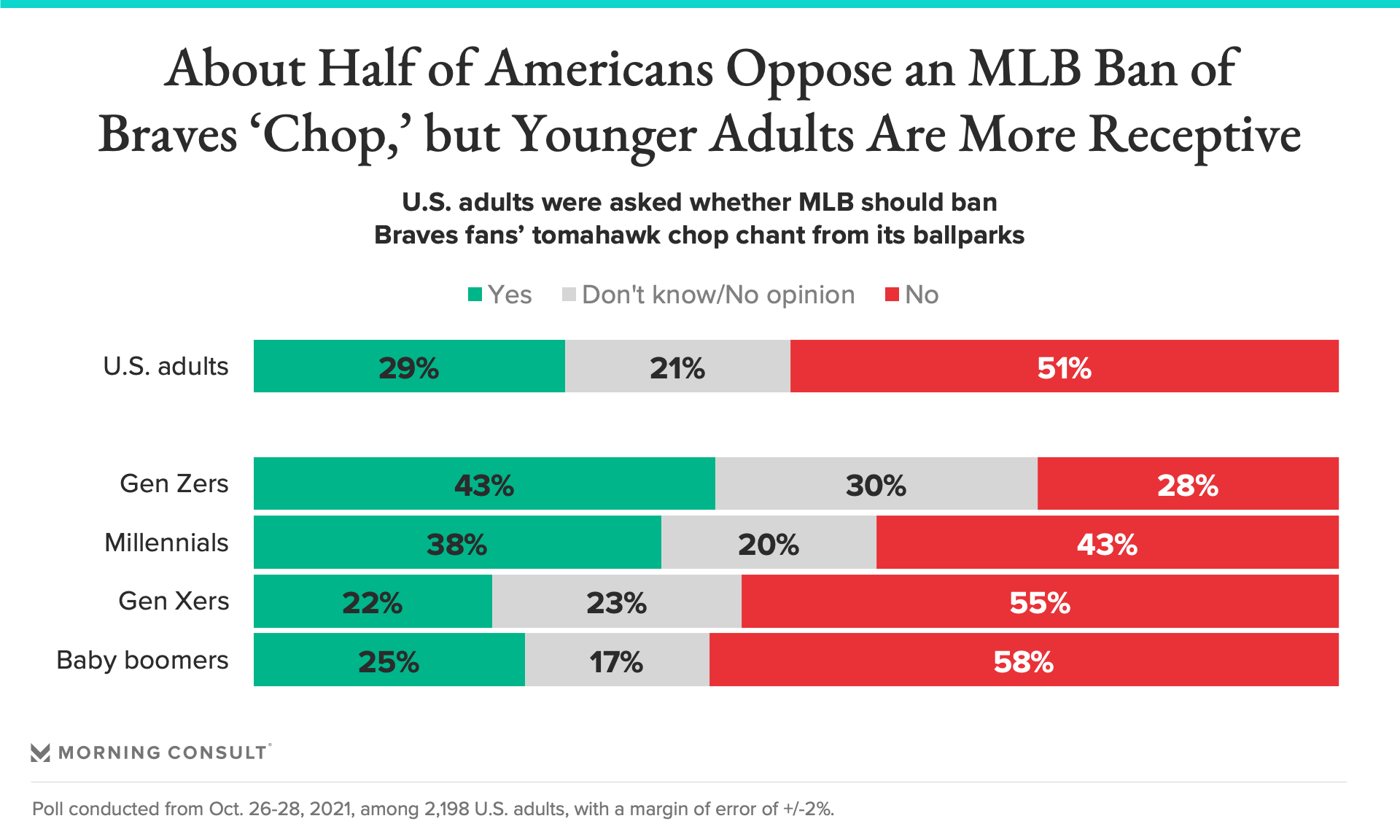 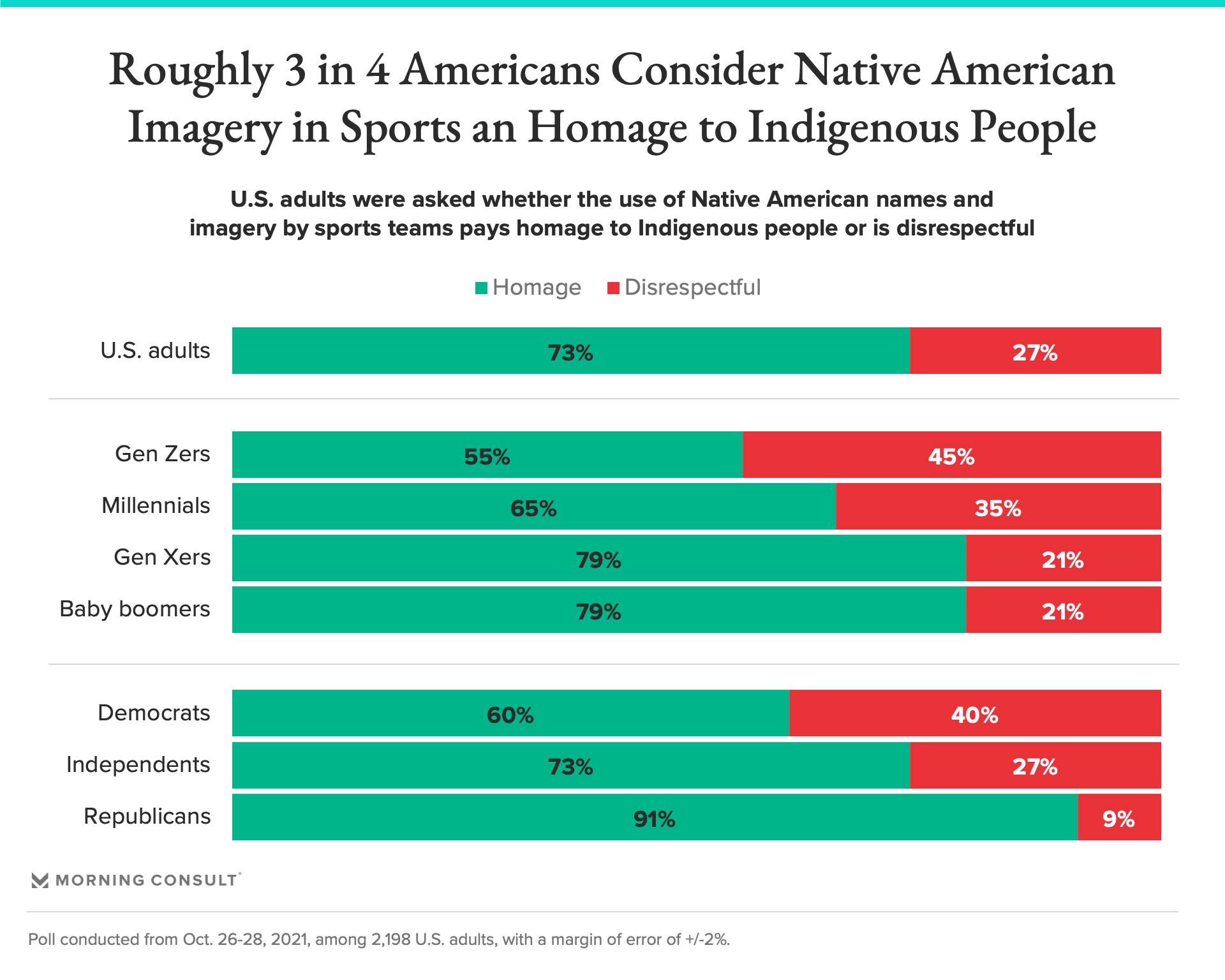 The Oct. 26-28 survey was conducted among 2,198 U.S. adults, with a margin of error of plus or minus 2 percentage points. The margins of error among 188 Gen Z adults and 680 millennials are 7 points and 4 points, respectively.