Console Is Still King: Most Young and Avid Gamers Use Consoles Despite Next-Gen Scarcity

The State of Gaming

In the State of Gaming series, Morning Consult takes a closer look at the $200 billion global video game industry, polling gamers in the United States on their playing and spending preferences. The stories provide a snapshot of the average U.S. gamer, revealing what type of games they like to play (and how they like to play them), as well as what they think of some of the industry’s biggest brands. As gaming only grows bigger, understanding gamers’ habits will be critical in determining where the industry might be headed.

Ahead of the holiday season, and a year after the latest generation of Xbox and PlayStation consoles entered the market, the PS5, Xbox Series X and Xbox Series S are still incredibly difficult to acquire thanks to the global chip shortage. Some PS5 models (which retail for $400 or $500, depending on the model) are selling on eBay for $10,000 or more.

But even though new systems are scarce, Morning Consult polling shows that more than 3 in 5 gamers under 35 and just over half of avid gamers are using consoles — with many spending hundreds of dollars a year on their gaming habits. 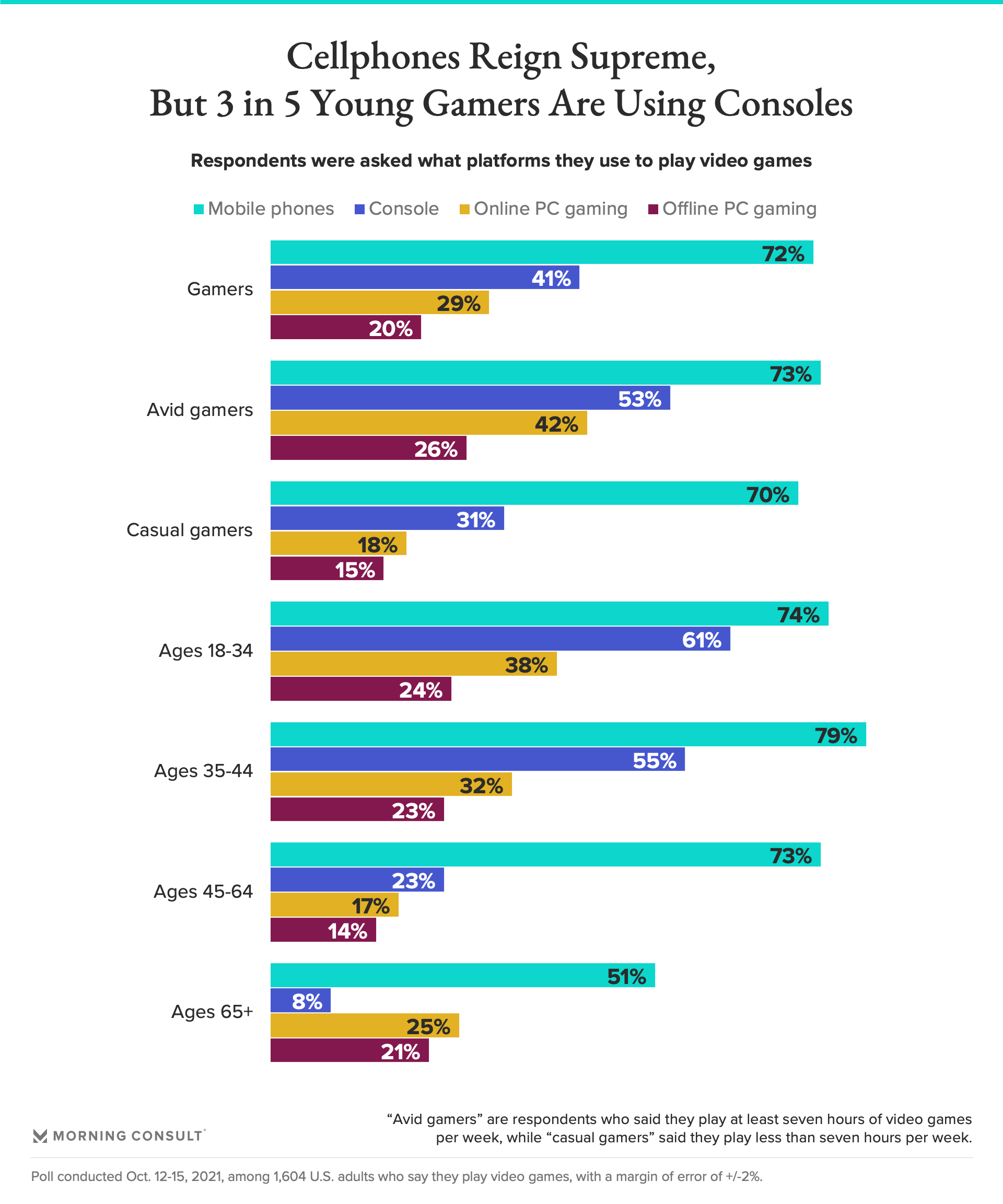 How gamers are playing 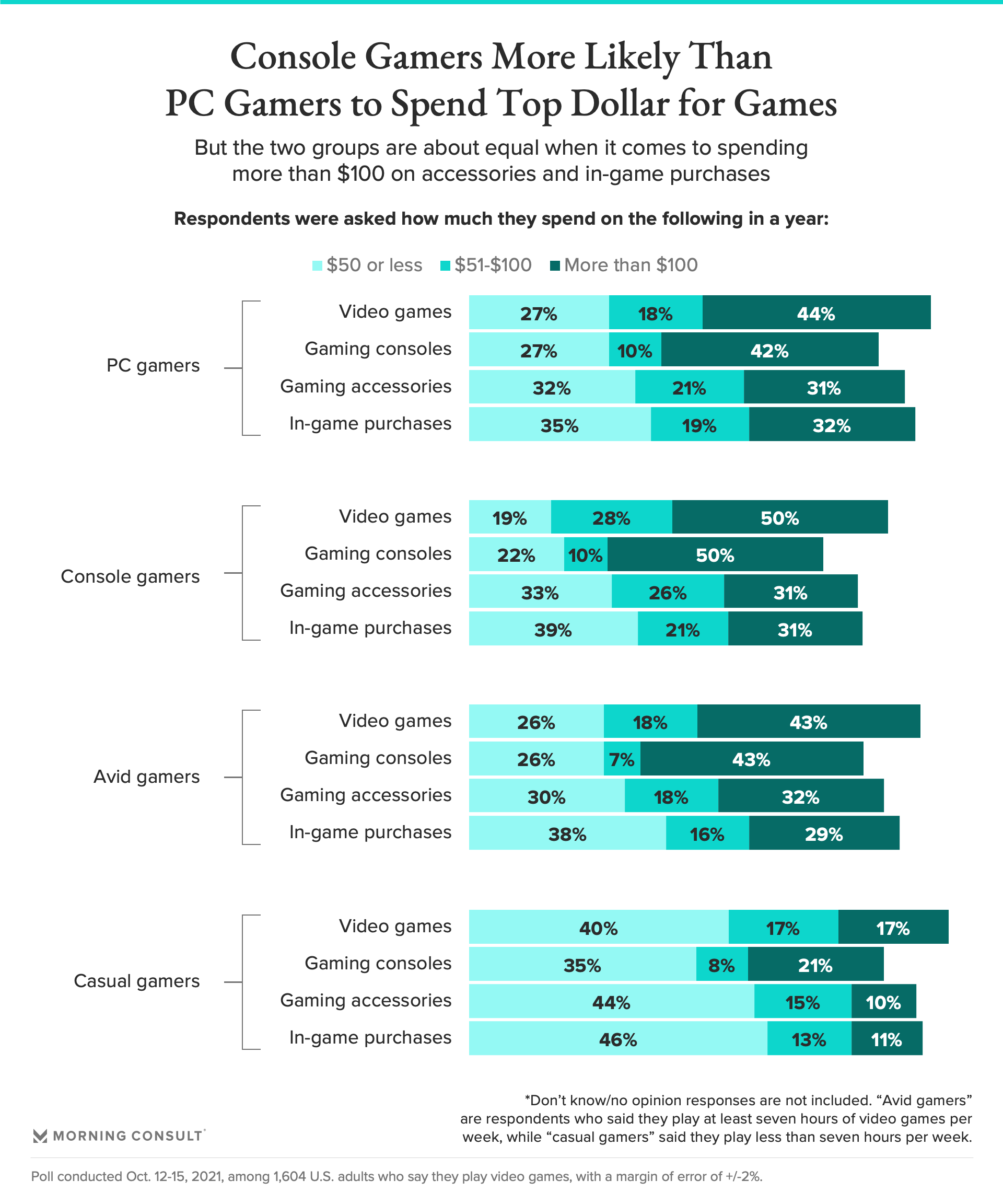 How gamers are spending