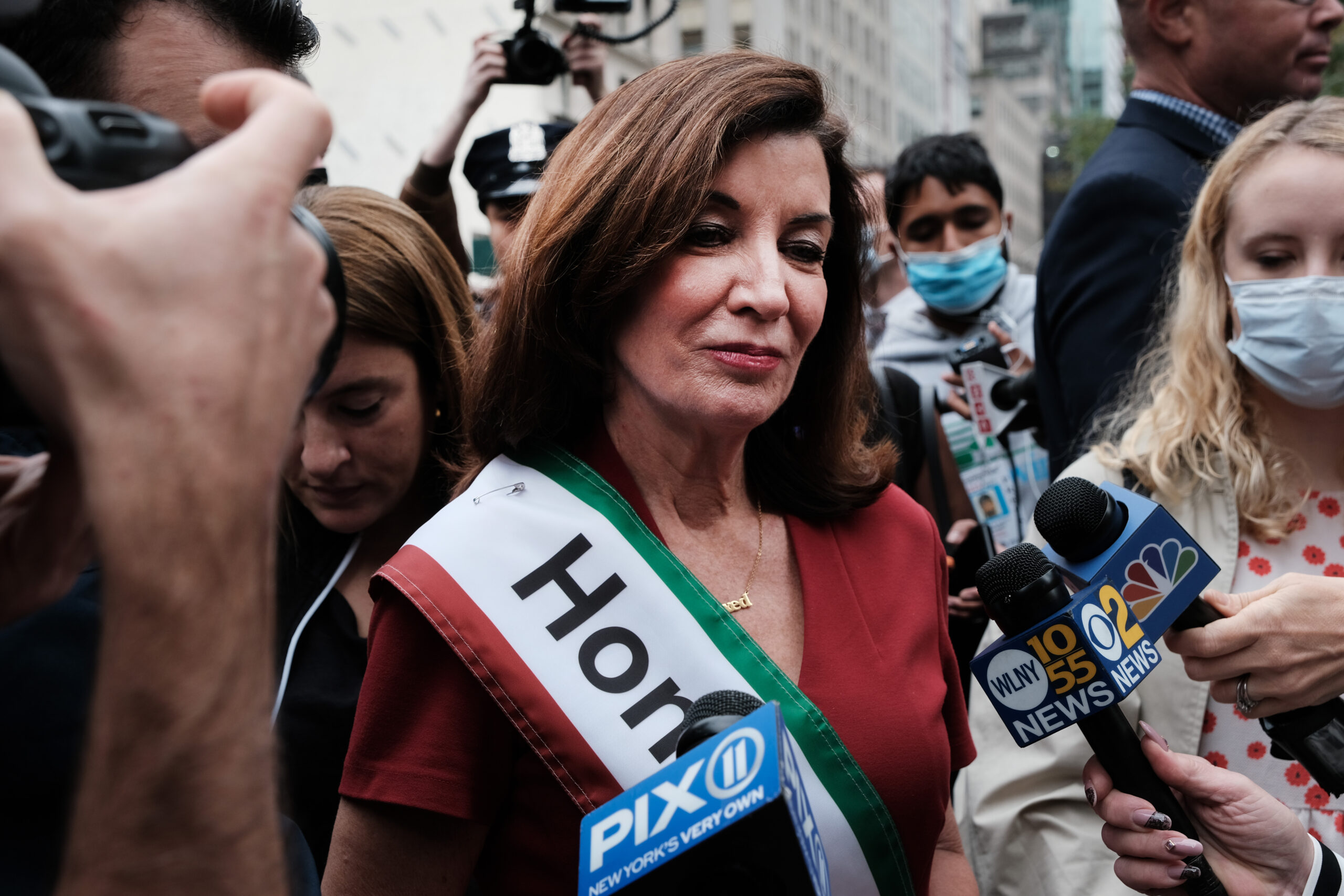 More than two months after replacing disgraced New York Gov. Andrew Cuomo, Democrat Kathy Hochul is fairly popular among voters in the Empire State, according to new Morning Consult Political Intelligence tracking. But as she faces a competitive primary next year, Hochul has work to do to cement her standing with the party’s base, even if New York Democrats like what they see so far.

political intelligence
After More Than 2 Months in Office, Hochul Has Backing From Half of New York Voters

New York voters were asked whether they approve or disapprove of the job performance of Gov. Kathy Hochul (D-N.Y.)

Data points reflect 10-day moving averages of at least 3,540 registered voters in New York, with margins of error of +/-2%.

Related: How Republicans Facing Re-Election, With or Without Trump’s Backing, Are Faring Among Their Bases

Hochul’s standing in New York is almost the inverse of how the state’s voters viewed Cuomo before he left office in disgrace amid two scandals involving allegations of sexual misconduct and an underreporting of COVID-19 deaths in the state’s nursing homes.

But while New Yorkers are more likely than not to give her good marks, this hasn’t stopped her from facing challenges in her own party, with New York Attorney General Letitia James already launching a 2022 gubernatorial bid and others still waiting in the wings. The impending contest raises the stakes of her standing among Democrats.

Democratic voters in New York were asked whether they approve or disapprove of the job performance of the following: