The Green Bay Packers star QB’s net favorability rating among U.S. adults dropped from 29 points in August to 3 points over the weekend 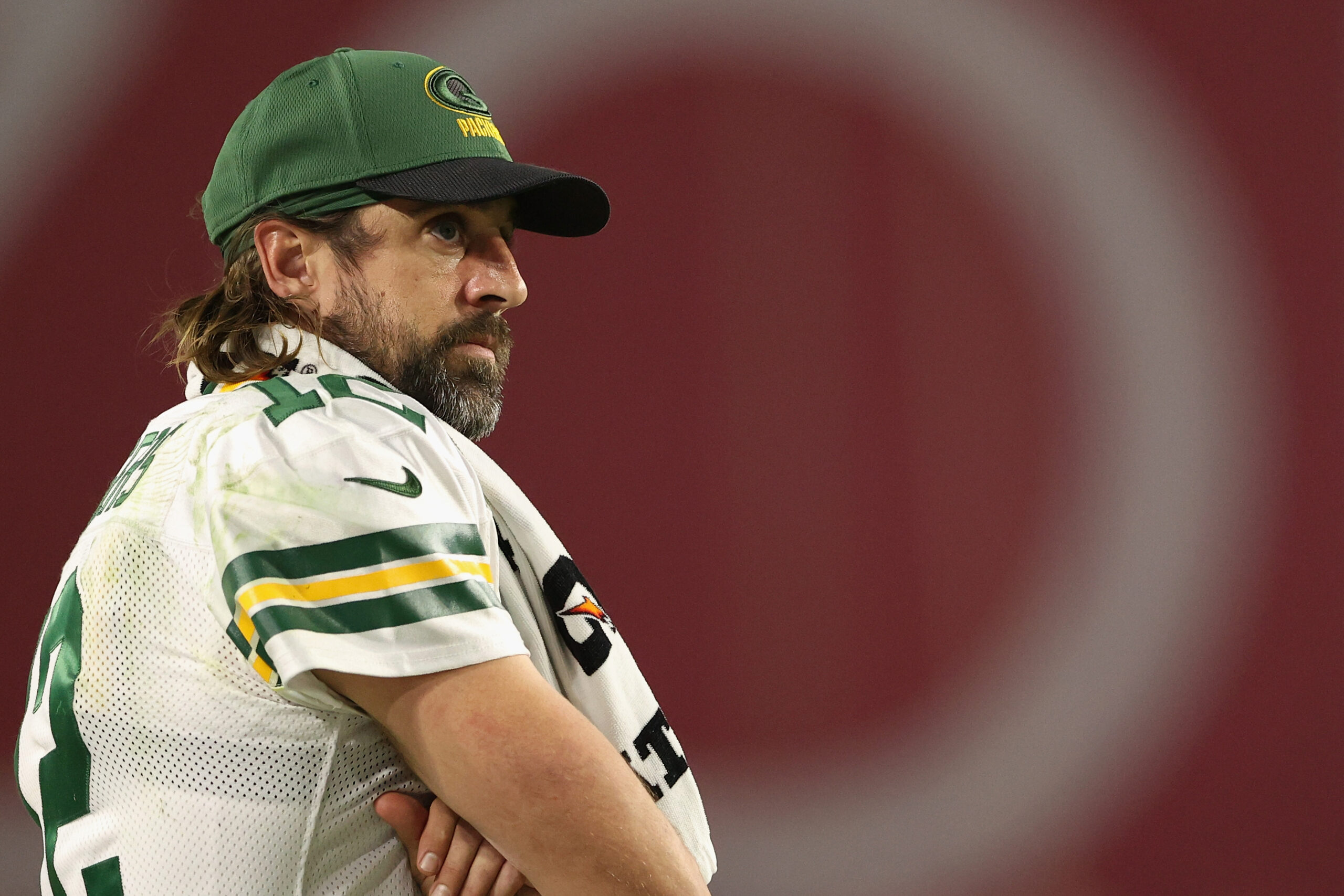 Quarterback Aaron Rodgers of the Green Bay Packers watches from the sidelines during the second half of the NFL game at State Farm Stadium on October 28, 2021 in Glendale, Arizona. Rodgers' reputation has taken a nosedive following the revelation he misled the public about his COVID-19 vaccination status. (Photo by Christian Petersen/Getty Images)
By Alex Silverman

Public sentiment toward Green Bay Packers quarterback Aaron Rodgers took a significant hit after it was revealed he tested positive for COVID-19 and had misled the public about his vaccination status.

The positive test forced Rodgers to miss the team’s game Sunday against the Kansas City Chiefs, and it is unclear if he can return this coming Sunday for a game against the Seattle Seahawks. Rodgers and the team could face fines if the NFL finds they violated league protocols for unvaccinated players.

U.S. adults were asked whether they have a favorable or unfavorable view of Green Bay Packers quarterback Aaron Rodgers

U.S. adults were asked how their perception of a brand or company would be impacted in each of the following situations:

Rodgers’ lack of transparency about his vaccination status and subsequent appearance on the “The Pat McAfee Show,” in which he blasted the “woke mob” and questioned the efficacy of the COVID-19 vaccines, puts his sponsors in a difficult position, survey results show.

The Nov. 5-7 survey was conducted among 2,199 U.S. adults with a margin of error of plus or minus 2 percentage points.