Americans Are More Concerned About China Than Other Adversaries 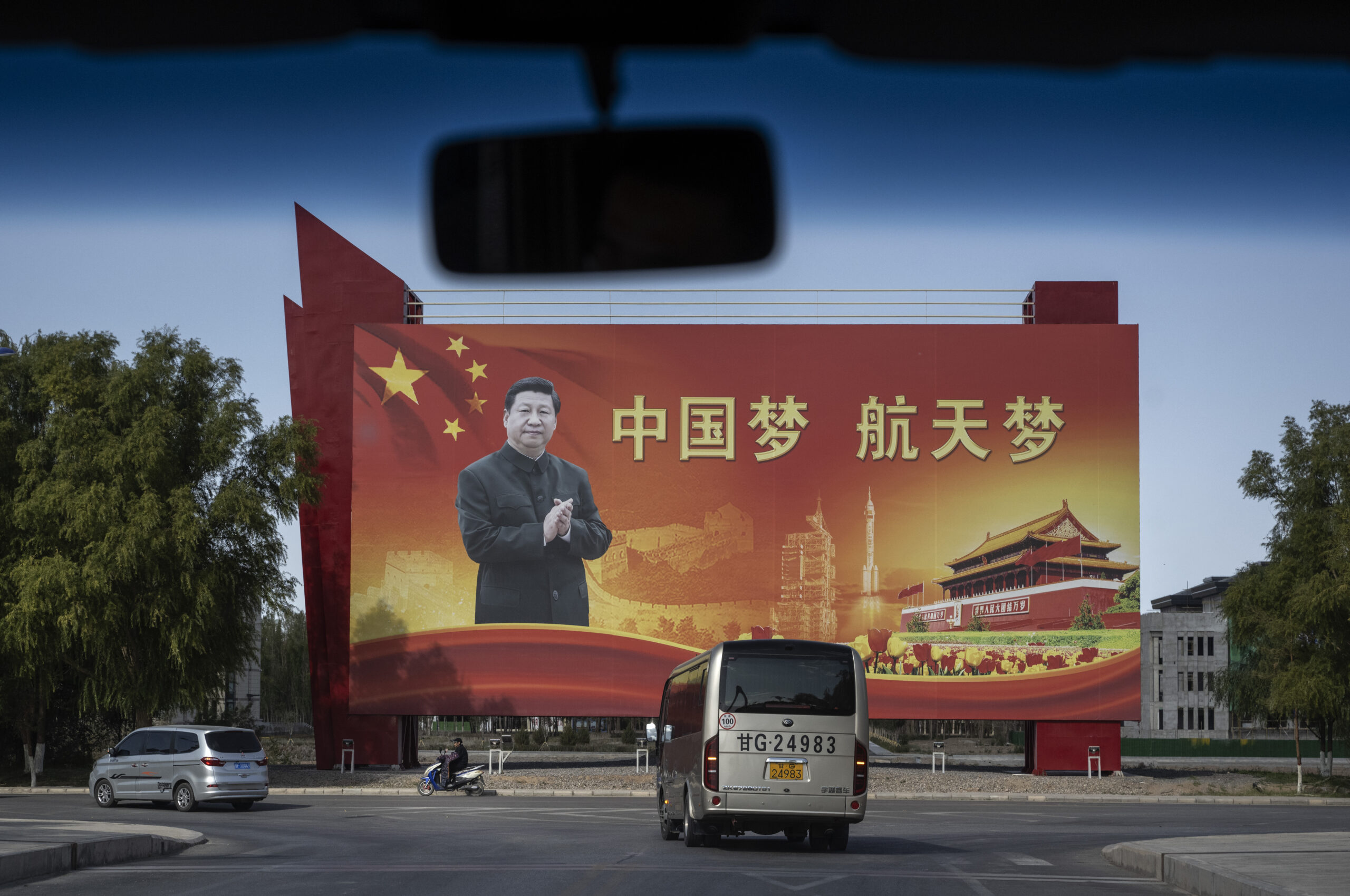 A billboard showing Chinese President Xi Jinping is seen as a bus carrying journalists arrives at the China Manned Space Agency before a pre-launch news conference on Oct. 14. A new poll shows U.S. voters are more concerned about military conflict with China than with North Korea, Iran or Russia. (Kevin Frayer/Getty Images)
By Eli Yokley

Russia, North Korea and Iran aren’t likely to warm to the West anytime soon. But according to a new Morning Consult survey, voters in the United States are most worried about China. 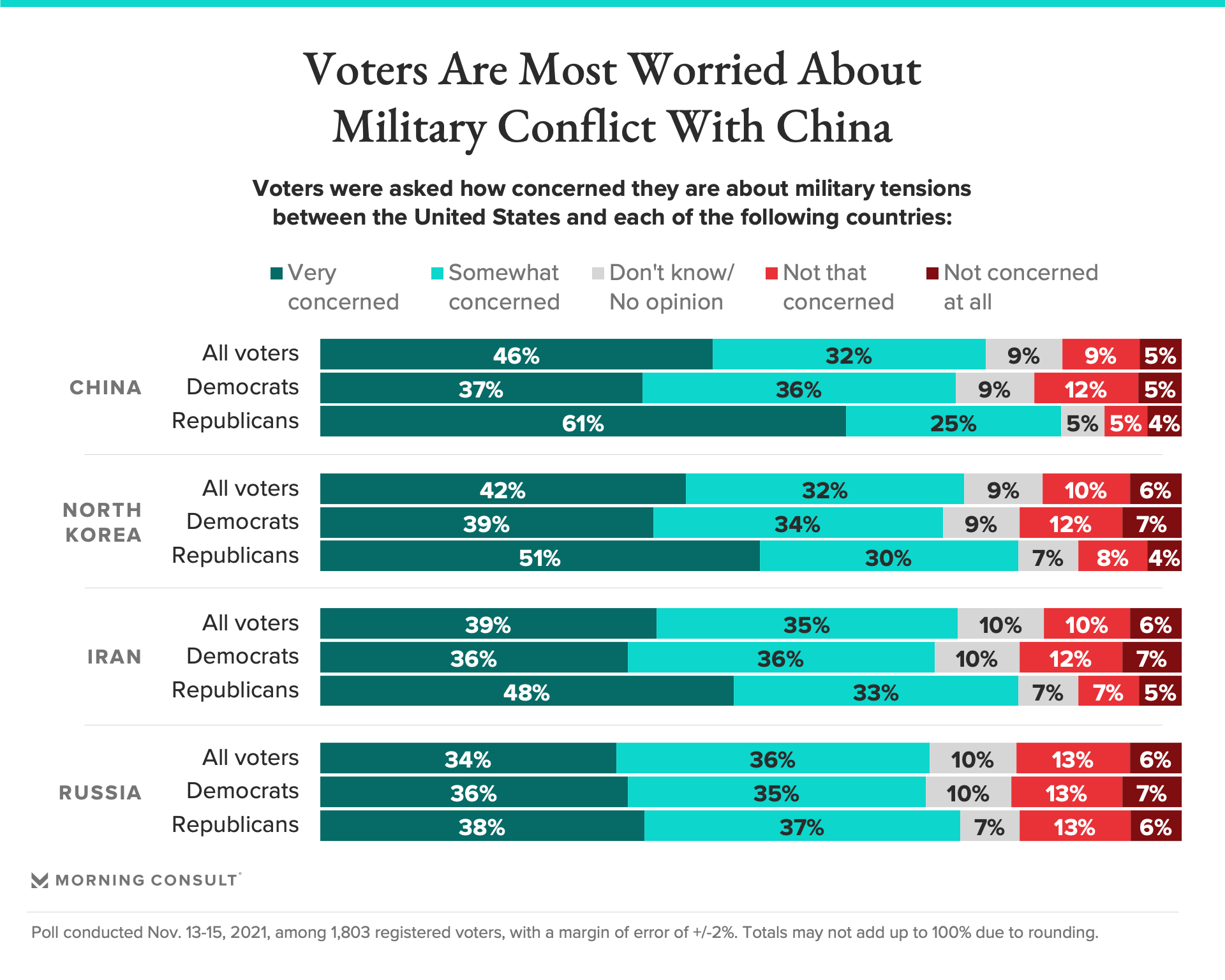 U.S. President Joe Biden and Chinese President Xi Jinping were set to meet at a virtual summit on Monday aimed at reducing tensions. Along with trade, the COVID-19 pandemic and cybersecurity, Washington prepared for the meeting to address real military concerns, with China’s growing nuclear program, its encroachments in the Indo-Pacific region and Biden’s own provocative comments about defending Taiwan all in the mix. 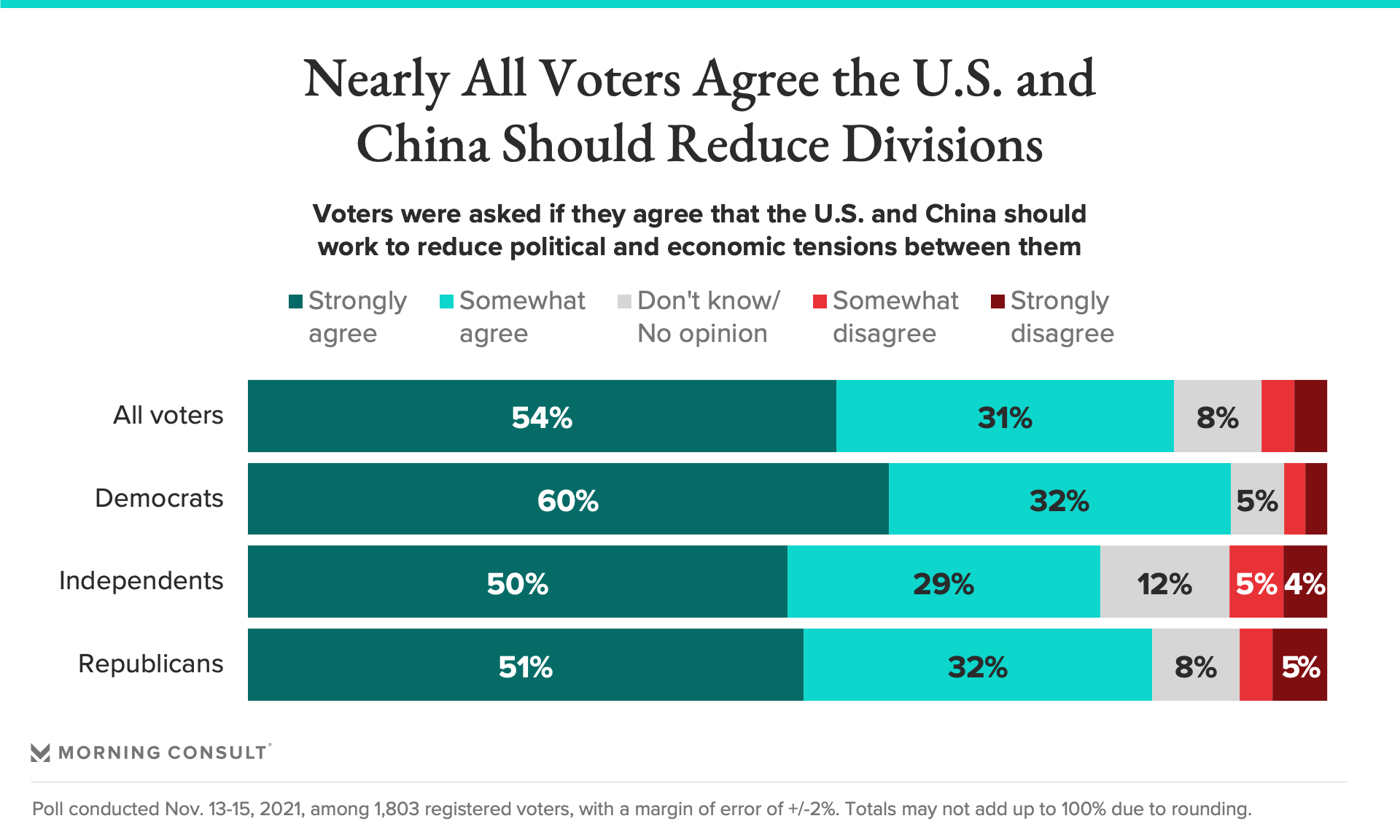