Confidence Continues to Fall in November

While a political and demographic divide helped drive the decline in confidence in October, rising COVID-19 cases appear to be behind the latest dip. 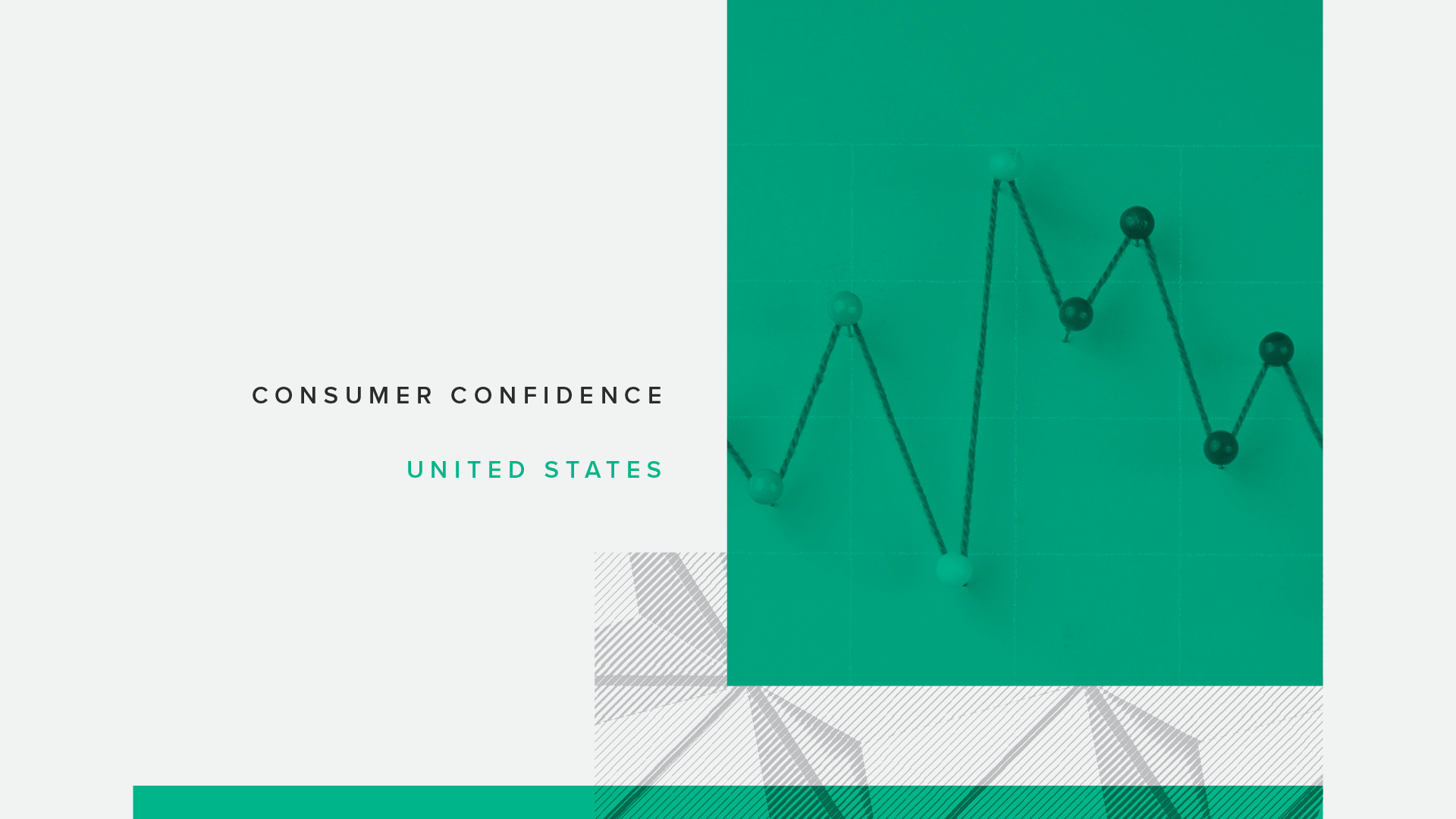 Consumer confidence in the United States has tumbled once again following a brief respite at the beginning of November. In the past week, Morning Consult’s Index of Consumer Sentiment fell 1.3 points, from 90.4 on Nov. 8 to 89.1 on Nov. 15. This most recent decline looks to be driven by rising COVID-19 cases — the 7-day average of new COVID cases in the United States rose from 73,400 to 83,500 during the same period — re-establishing the inverse relation between COVID cases and consumer confidence that had temporarily dissolved. 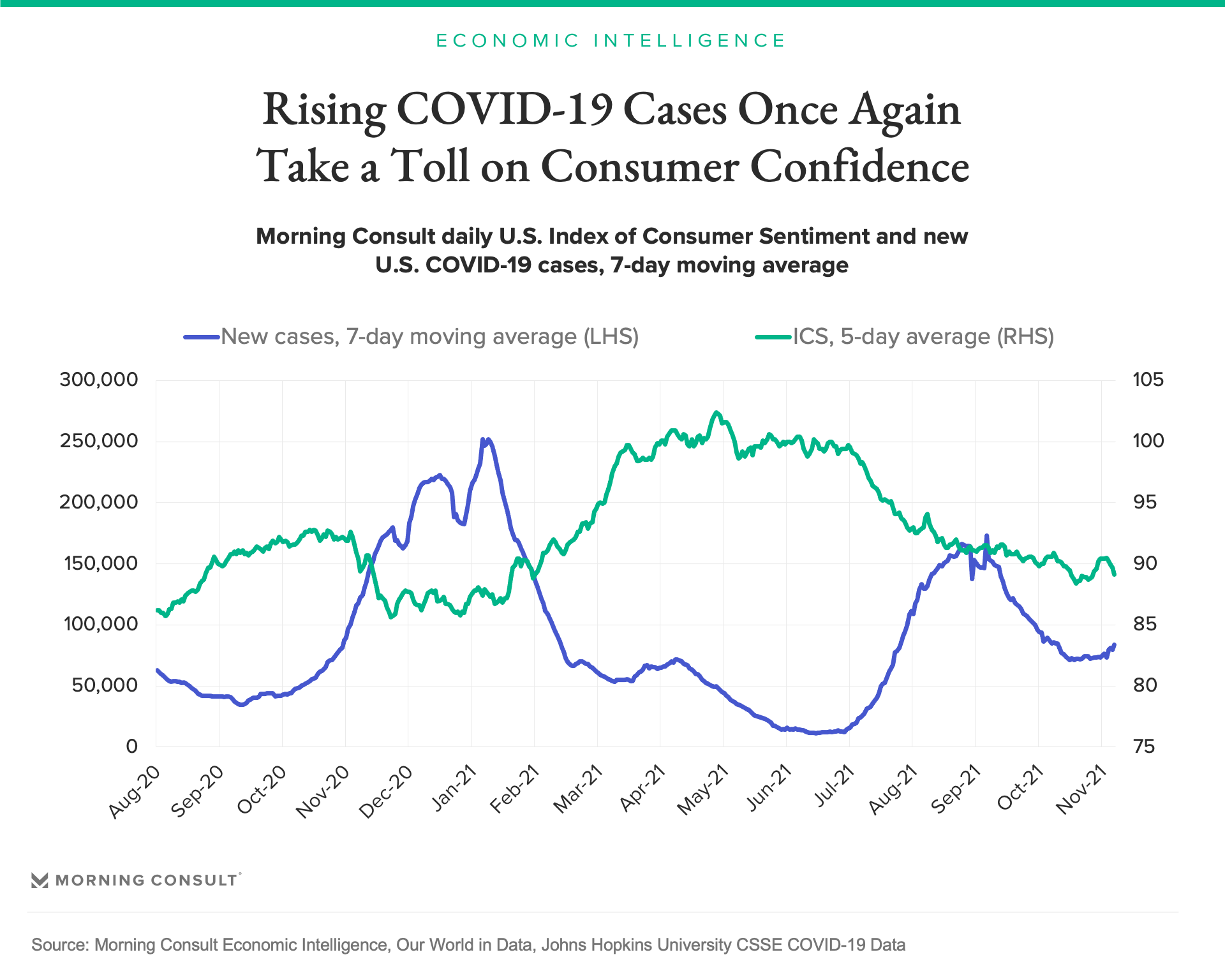 With public health concerns again taking the spotlight for consumers, the primary driver of the most recent decline in the ICS differs from the dip in October: Last month, consumer confidence fell, despite improvements in combating COVID, as consumers increasingly turned their attention to supply chain disruptions and rising prices. The lens through which they viewed both the risk of inflation and who or what policies might be to blame heavily impacted the overall reading of consumer confidence.

On Oct. 27, the lowest point for the ICS that month, the index had fallen by 2.6 percentage points from 30 days prior. This was largely driven by consumers that identify as Republicans, whose confidence had fallen by 6.3 points, compared to a decline of 2.8 points among independents and a rise of 0.2 points among Democrats. 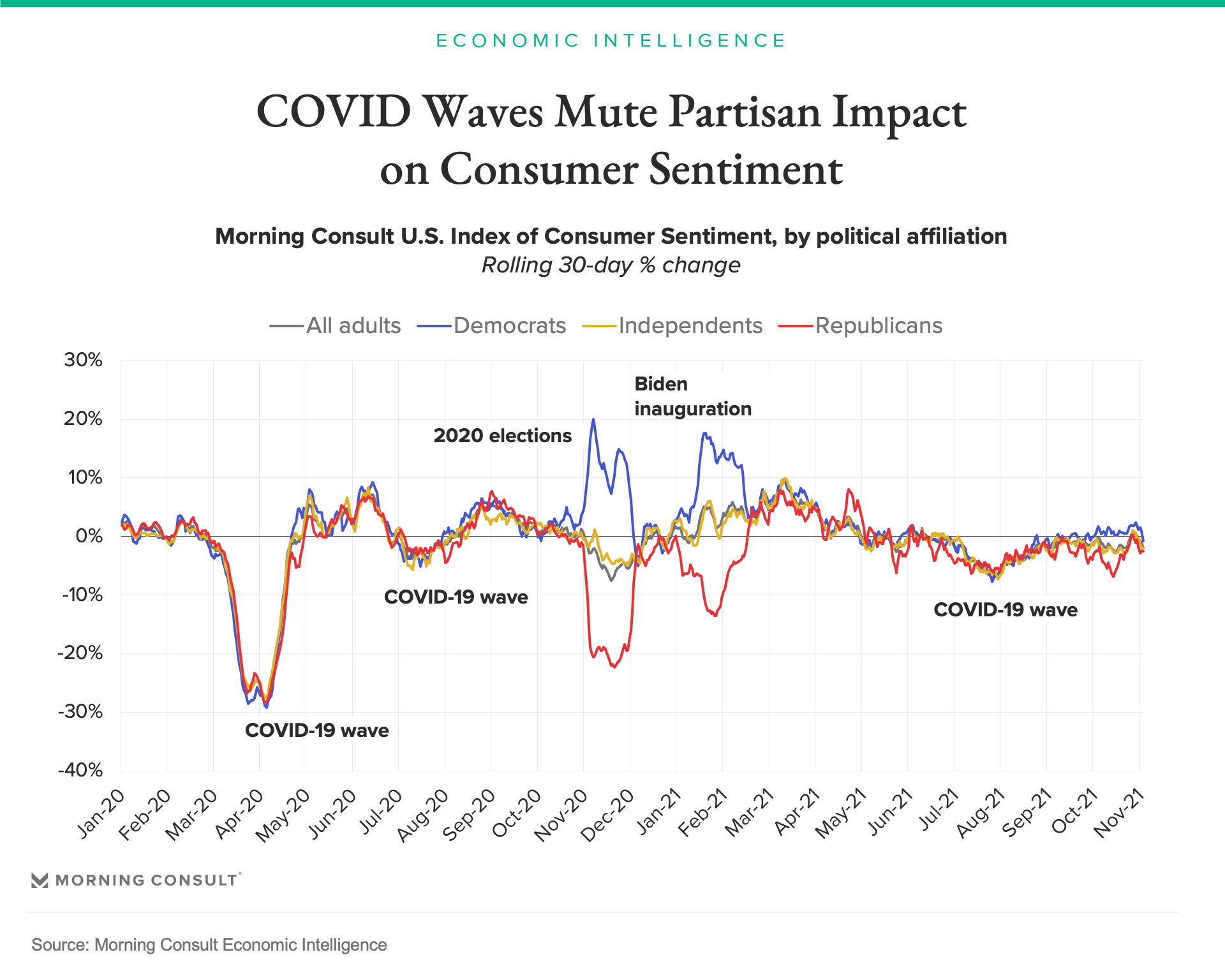 While politics played a pivotal role in the October decline in sentiment, broader issues helped drive gaps in consumer confidence among other demographic groups, similar to and often overlapping with the Republican-Democratic divide noted in the chart above. 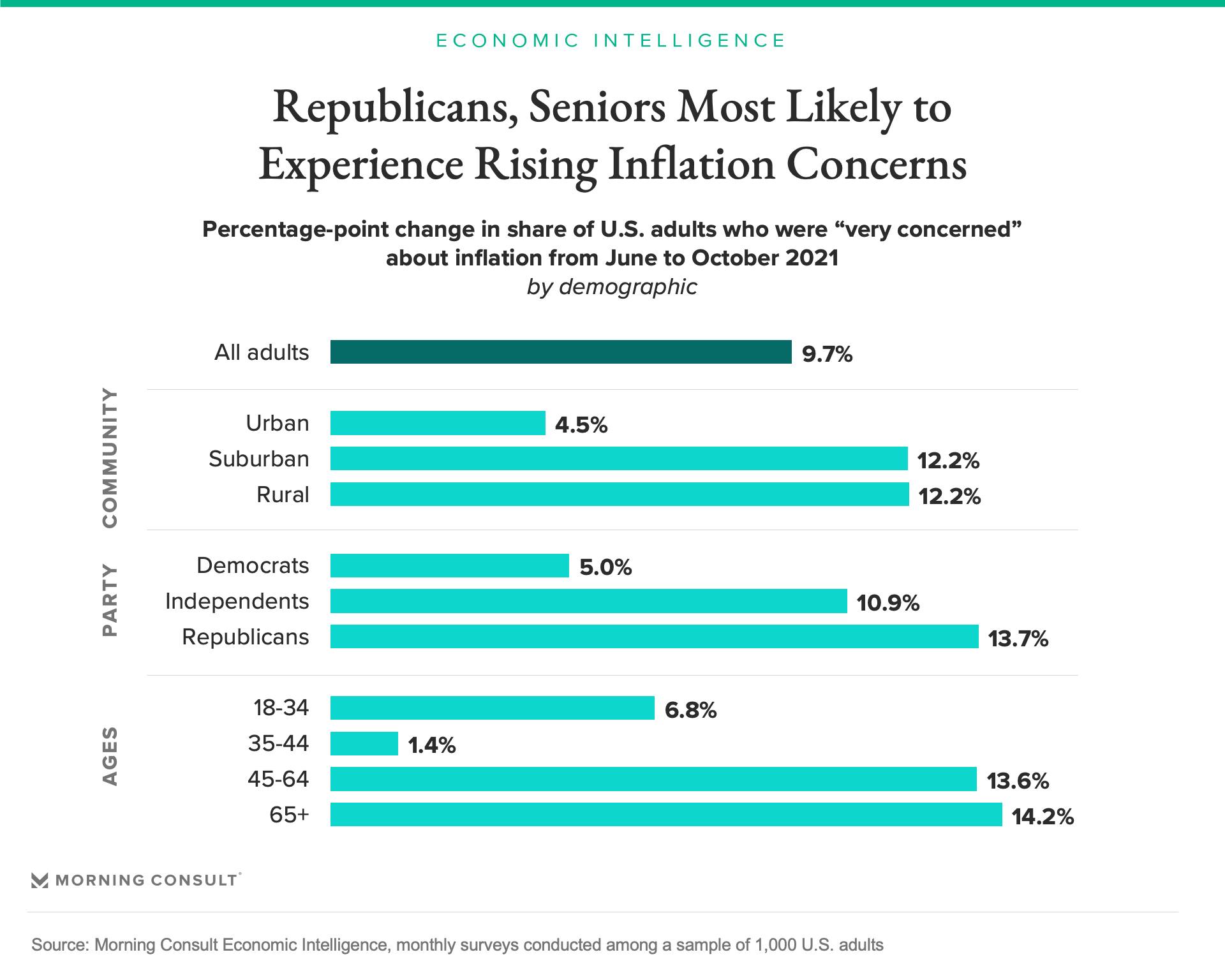 Should cases rise further, consumer confidence is likely to continue its decline in the near term, with the deteriorating public health situation expected to overshadow any partisanship or inflation concerns as the key driver of shifts in consumer confidence.

Over the longer term, however, rising prices and other supply chain issues will continue to be a major concern. And while partisanship will maintain its role in the state of consumer sentiment, the disproportionate impact of rising prices will result in disparate outcomes in confidence and retail spending across different communities and consumer groups.