42% said they backed laws to govern technology like drones and flying cars, after a bill promoting advanced air mobility passed the House 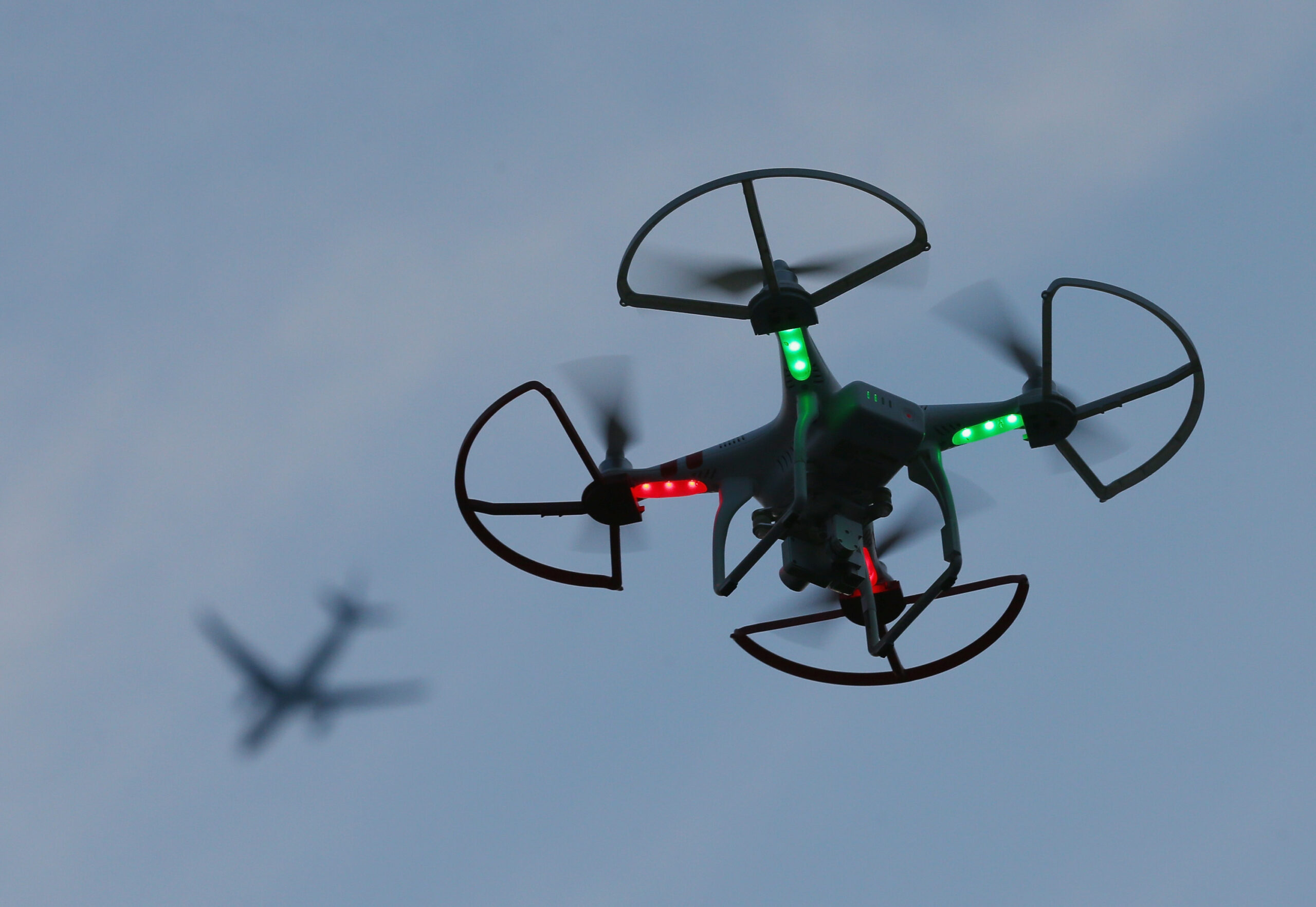 A drone is flown as an airplane passes overhead above Old Bethpage, N.Y., on Aug. 30, 2015. A Morning Consult/Politico poll found that 42 percent of registered voters support government regulation of advanced air mobility like drones and flying cars. (Bruce Bennett/Getty Images)
By Chris Teale

Voters are showing lukewarm support for government regulation of advanced air mobility like drones and flying cars as lawmakers push through legislation on the topic, according to new Morning Consult/Politico polling. 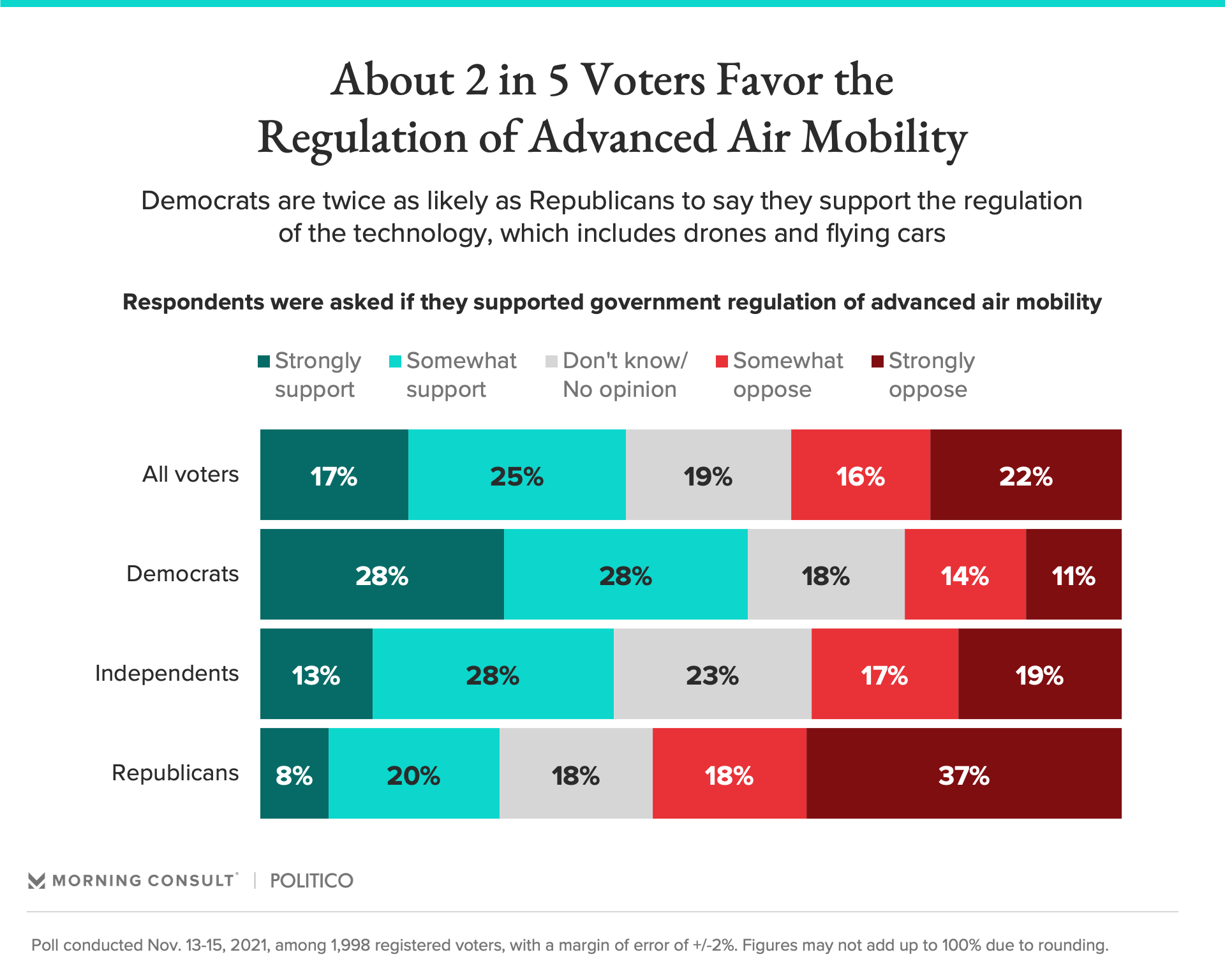 The (flight) path ahead

Momentum appears to be gathering for Congress to regulate advanced air mobility, as a companion bill in the Senate cosponsored by Sens. Jerry Moran (R-Kan.) and Kyrsten Sinema (D-Ariz.) passed the Commerce, Science and Transportation Committee in May and awaits a floor vote. Davids pointed to a Deloitte estimate that the U.S. advanced air mobility market will be worth $115 billion annually by 2035, and create more than 280,000 high-paying jobs.

Convincing the public on the technology may be a trickier sell, however. Just 36 percent of voters said in the poll that they would be willing to ride in a flying car, compared to 52 percent who said they would not.