How Streaming Upstarts Are Suddenly Rocking the Prestige TV Boat

Analysts say while Disney+ has firmly established itself as a home for prestige content, Peacock and Apple TV+ have plenty of room to grow among consumers 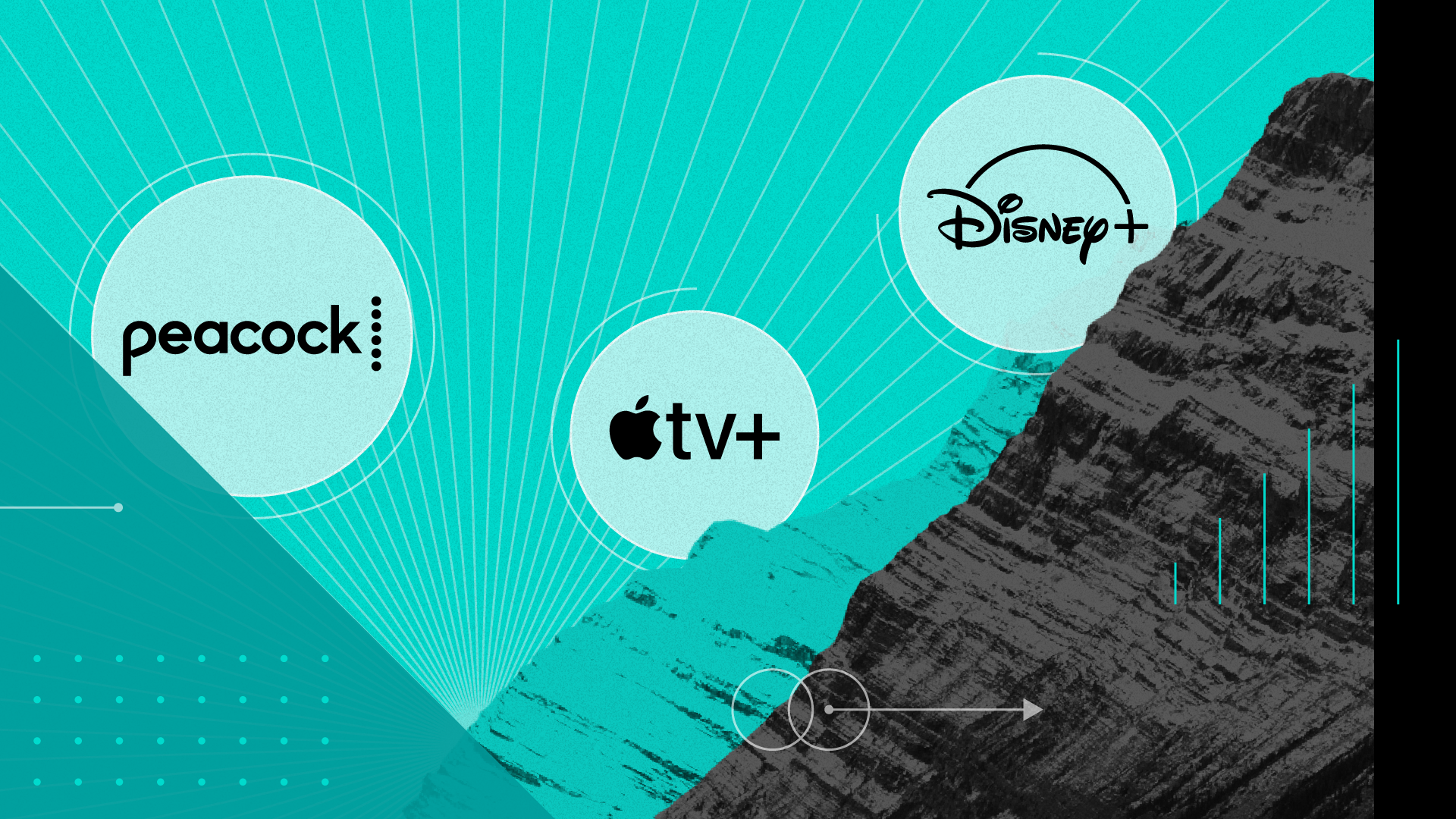 Other stories so far in this series: Critics Think HBO Has the Highest-Quality Content. Viewers Say It’s Netflix | The Dilution Dilemma: How TV’s Prestige Brands Maintain Their Reputations in the Streaming Era

Before HBO, broadcast networks such as NBC used to dominate the Emmys. After “The Sopranos” changed the television landscape in the late 1990s, cable networks soon took over as the predominant sources of critically acclaimed TV. Now, a second shift has occurred.

Welcome to the era of prestige streaming.

In recent years, streaming services have taken over the awards season and critical conversations. Netflix has led the charge, but other new services, including Disney+, are on the way to prestige dominance.

A Morning Consult analysis of Metacritic data and Emmy nominations identified NBCUniversal’s Peacock and Apple TV+, alongside Disney+, as potential new destinations for acclaimed television. But each of these services has their own challenges to overcome before truly getting there, experts said.

Streaming Has Completely Taken Over the Emmys

Number of Emmy nominations per platform and streaming service

Streaming services earned more than twice the number of Emmy nominations this year as cable TV networks — and more than three times the number of nods received by broadcast networks. Though Netflix had a commanding presence, Disney+ and Apple TV+ also established themselves as competitors, with 71 and 34 nominations, respectively, thanks in part to series like “The Mandalorian” and “Ted Lasso.”

Additionally, Morning Consult analyzed data from review website Metacritic, and found that Disney+ and Peacock — services that are each less than two years old — have both released three new prestige TV shows through Oct. 26, equaling the number released by Netflix.

Number of new “prestige” shows that premiered this year through Oct. 26 by brand

A “prestige” show is defined as having a Metacritic score of at least 74, calculated using the interquartile range of the data set.
Morning Consult analysis of Metacritic data

For Walt Disney Co., it’s cracked into the prestige conversation through the strength of its iconic brand and characters, proving that mass entertainment can also be considered prestigious.

Disney’s characters and franchises are widely known and profitable, but one of the challenges facing the Mouse House as it expands its streaming offerings and moves much of its adult-oriented fare to Hulu is how to get droids and superheroes to win Emmys and impress critics long into the future.

For many years, titles from the Marvel and “Star Wars” franchises have been viewed as popular fare for mass audiences — but not elite, critically acclaimed titles contending for awards season trophies. But that is quickly changing thanks to Disney+, which has released three prestige series already from the Marvel universe — “WandaVision,” “The Falcon and the Winter Soldier” and “Loki.”

Both “WandaVision” and “The Falcon and the Winter Soldier” were nominated at September’s Emmys, earning 23 and five nods, respectively. “WandaVision” took home three trophies.

“It’s showing that things from more pop culture IP can be told at a higher level,” said Jason Cherubini, chief financial officer of the production company Dawn’s Light Movies. “A lot of people very much discounted ‘Wandavision’ just on the fact that it was coming out of the Marvel universe. But now that they’re starting to do some of these shows at a higher level, they’re getting the nominations right in line with what would normally be considered your more serious contenders.”

Related: The Dilution Dilemma: How TV’s Prestige Brands Maintain Their Reputations in the Streaming Era

Though “The Mandalorian” is widely regarded as Disney+’s breakout series, it did not technically make the cut as a prestige show, per the Morning Consult analysis. But analysts pointed to “WandaVision,” an exploration of grief and a creative take on the classic sitcom, as Disney’s way of using Marvel characters to tell more mature stories that rival what cable networks have done for years.

According to Paul Dergarabedian, Comscore’s senior media analyst, Disney’s strength is its ability to attract established writers and filmmakers to helm these unique TV projects and allow for some creative freedom. (For its major film franchises, Disney has historically clashed with directors, leading many to believe the company wasn’t allowing for much creative independence.)

“There’s a perception of quality surrounding Marvel, and I think that’s really paid off big,” Dergarabedian said. “Disney+ has created a perfect platform to do long-form, episodic content, and while Marvel may seem like it’s just for the masses, the beauty of it is they can dig deep into these characters and take a lot of risks.”

Peacock has prestige potential -— if viewers discover its shows

In its first year, NBCUniversal’s Peacock streaming service had 54 million sign-ups and over 20 million monthly active accounts, per the company’s second-quarter earnings report, though Comcast Corp. Chief Executive Jeff Shell was less forthcoming in the company’s third-quarter earnings call, simply saying the service is “heading in the right direction” without sharing specific numbers.

“Peacock is getting its footing, and I would never count them out,” said Scott Schiller, global chief commercial officer for the media-marketing services company ENGINE and an adjunct assistant professor at NYU’s Stern School of Business. “At the same time what they will need, like any fledgling business needs, is a show or shows that drive usage.”

Large viewership is not required to be known as a prestige TV destination. Several critically acclaimed and Emmy-winning shows on FX, for instance, never really caught on with viewers. But the network was able to cultivate that brand over several years of releasing well-received shows, such as “The Americans,” “The Shield” and “Justified.”

Neither Peacock nor NBCUniversal are yet known for that type of quality, so the only way of getting there is to break through the zeitgeist with conversation-worthy shows.

Peacock has released three prestige titles since its July 2020 launch — comedies “Girls5Eva” and “We Are Lady Parts” and drama series “Dr. Death” — and secured two Emmy nods this year. While those shows garnered critical acclaim, they failed to become part of the conversation in the same way a show like Apple TV+’s “Ted Lasso” has, despite not having a huge audience either.

“Just because you win the critics, that doesn’t mean you’re going to win the audience,” said Brett Sappington, vice president at the global insights firm Interpret.

One thing that could help Peacock find an audience for its shows: getting better at the internet game.

“The social media aspect is huge,” Dergarabedian said. “Social media is like your friend telling you you have to watch a certain show. So Peacock, if they can up their social footprint, that could be big with their creatives, but also with the audience. If they start telling their friends, ‘Hey, you have to watch this show on Peacock!’ — that could move the needle.”

Fresh off multiple Emmy wins for “Ted Lasso,” Apple is now looking for its next conversation-starter to prove it’s not a one-hit wonder. The company is taking a more selective approach, inking deals with star-studded actors and creators with a pedigree for prestige — not unlike what HBO has done for many years.

“They are doing almost exclusively the higher-quality stuff,” Cherubini said.

While quality may trump quantity at Apple TV+, the company has to figure out how to keep users talking about its originals after they’ve combed through Apple TV+’s relatively small library, according to Schiller.

“The success of a TV network depends on both library content and new fresh content,” Schiller said. “They have great shows, but like anything they’re going to need a few more to attract key users and then keep them.”

Disney+ and Peacock both offer much larger libraries with popular shows and films in addition to the new, original content. Dergarabedian said that makes it easier for consumers — and critics — to discover and appreciate new shows that then go on to become prestigious hits.

And while Apple may still be figuring out licensing deals that fit with the service, it can always leverage its vast content budget to greenlight possible prestige contenders alongside more established services like Netflix and Amazon.

Apple, which has a market capitalization of about $2.5 trillion, spends roughly $6.5 billion per year on Apple TV+ content, though it’s expected to ramp up investment as the service grows. Ultimately, when you’ve got that much money, you’re automatically a factor in the battle for TV’s prestige crown.