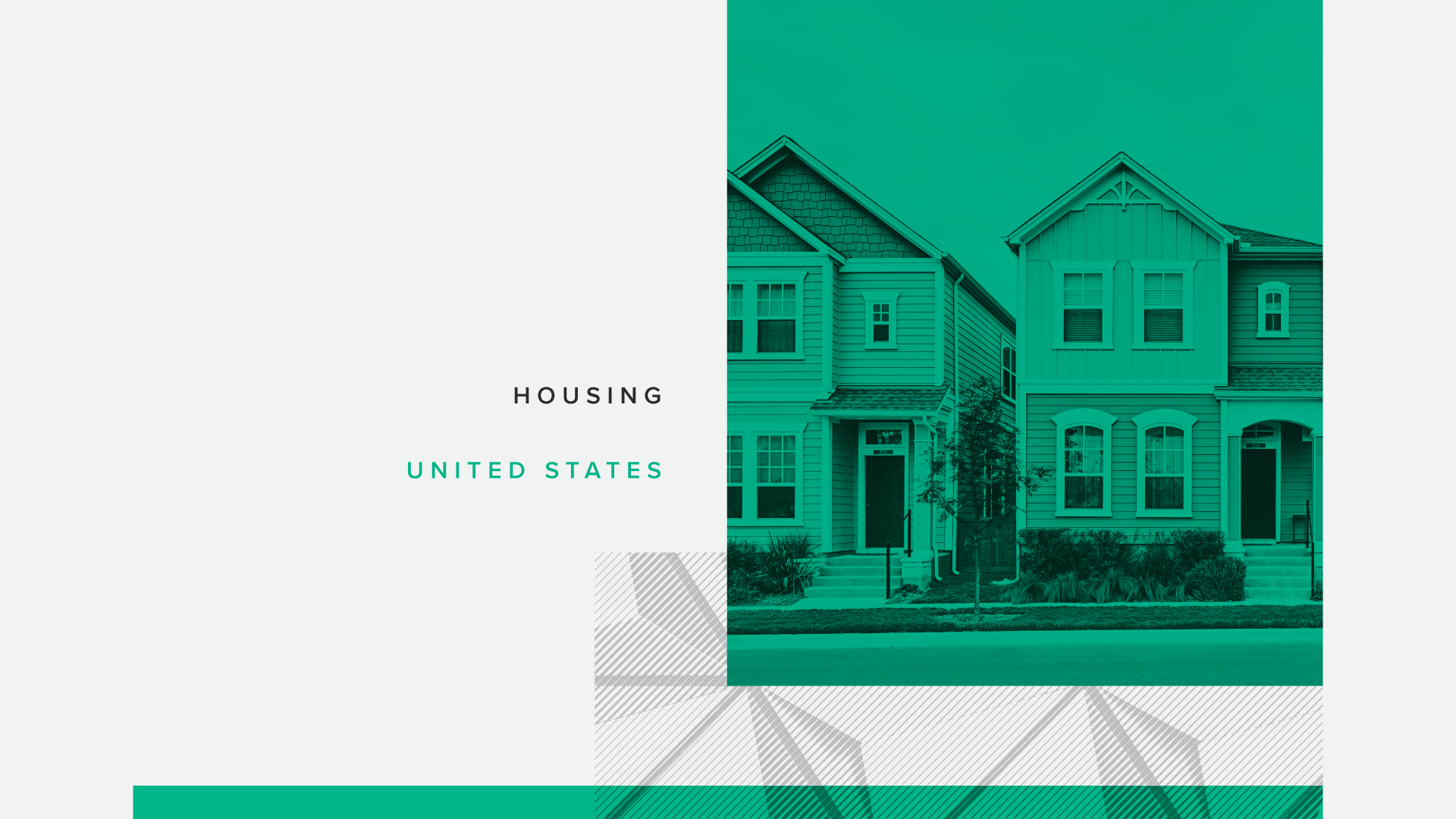 When pandemic-driven shifts in preferences and historically low interest rates prompted more households to move out of the city in search of larger properties with more space, the influx of home-buying demand pinched chronically tight inventory, resulting in rising prices for home buyers and renters. The National Association of Realtors reported that median sales prices for existing homes rose 16 percent between January and September.

Morning Consult’s consumer spending report provides forward-looking signals for the housing market, including how many households plan to buy or sell homes over the next year and what consumer expectations are for price changes.

Housing affordability has become an increasingly prevalent concern as competition over scarce supply locks homebuyers out of the market altogether or threatens to push them into paying more than they can comfortably afford. In October, 44 percent of U.S. adults who looked for housing reported difficulty finding a home. That same month, the nonseasonally adjusted consumer price index for owner’s equivalent rent jumped 0.5 percent compared with September, the largest monthly increase this year.

However, consumers appear to believe that the rapid home price increases may be running out of steam. While a majority still expect prices to rise over the next 12 months, the share anticipating further price increases has fluctuated within a narrow band since June of this year. Over the first half of 2021, price expectations rose in line with prices, but have more recently trended flat. 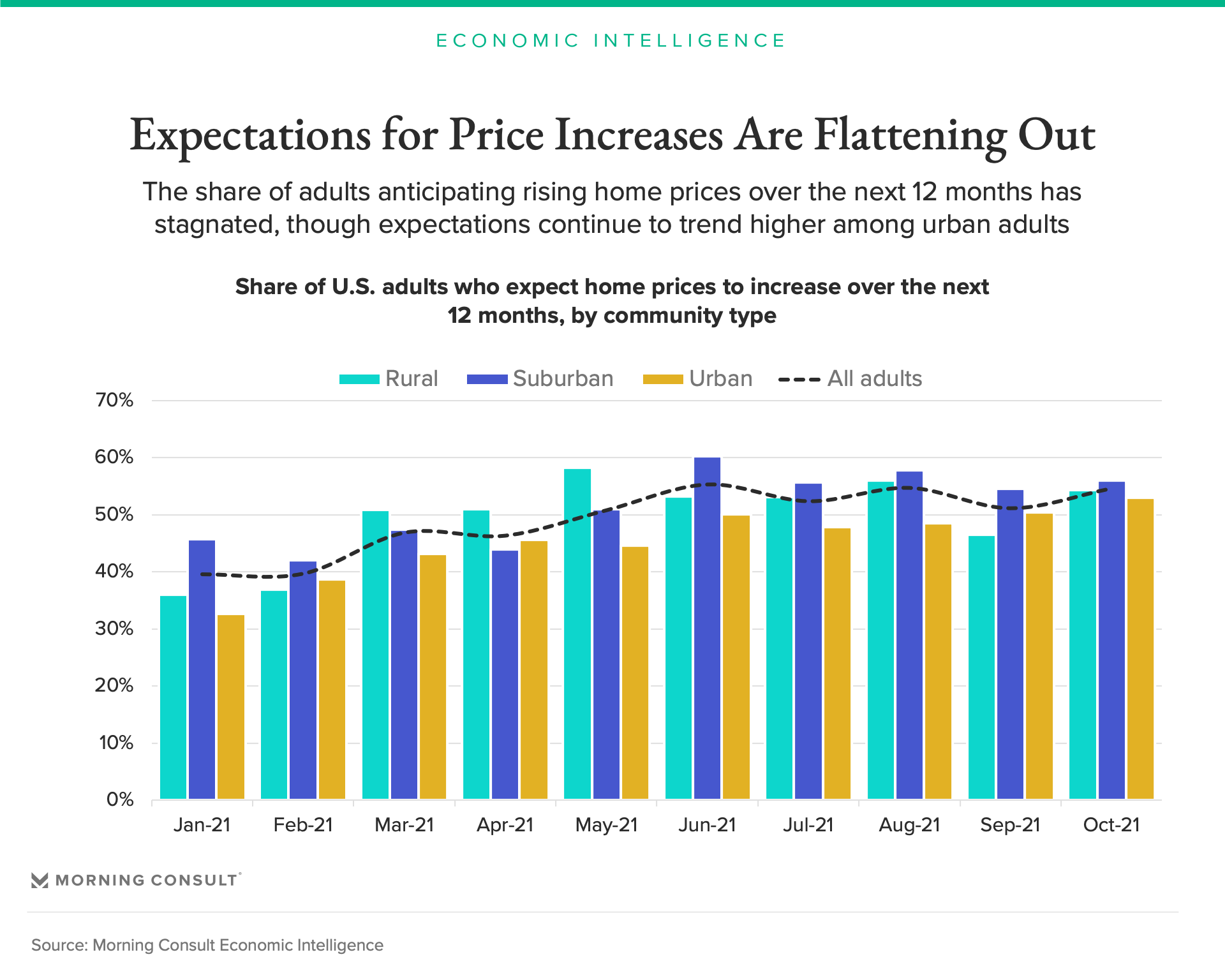 Certain community types may face longer runways for price growth: Price expectations for urban residents have continued to trend higher even as the outlook stabilized for housing overall. From January to October, the share of city-dwelling respondents expecting home prices to increase in the next 12 months rose from 33 percent to 53 percent, whereas suburban price expectations started the year at 46 percent and peaked at 60 percent in June. High-density neighborhoods were more likely to be impacted by COVID-19, so recovery has been slower in these areas — thus leaving more room for prices to continue growing.

Older adults are downsizing rather than paying more for housing

Over the past two months, monthly housing payment amounts declined for U.S. adults as homes became less affordable. In September, younger adults reported an increase in missed housing payments, followed by an uptick in evictions the following month. In October, the spending decline was driven by older adults: Compared with September, Gen Xers and baby boomers reported housing expenditures that were 6.7 percent and 4.2 percent lower, respectively. The fall in housing spending coincided with an uptick in moving among older adults, with the share of Gen Xers and baby boomers who said they moved roughly doubling in October from the previous month. 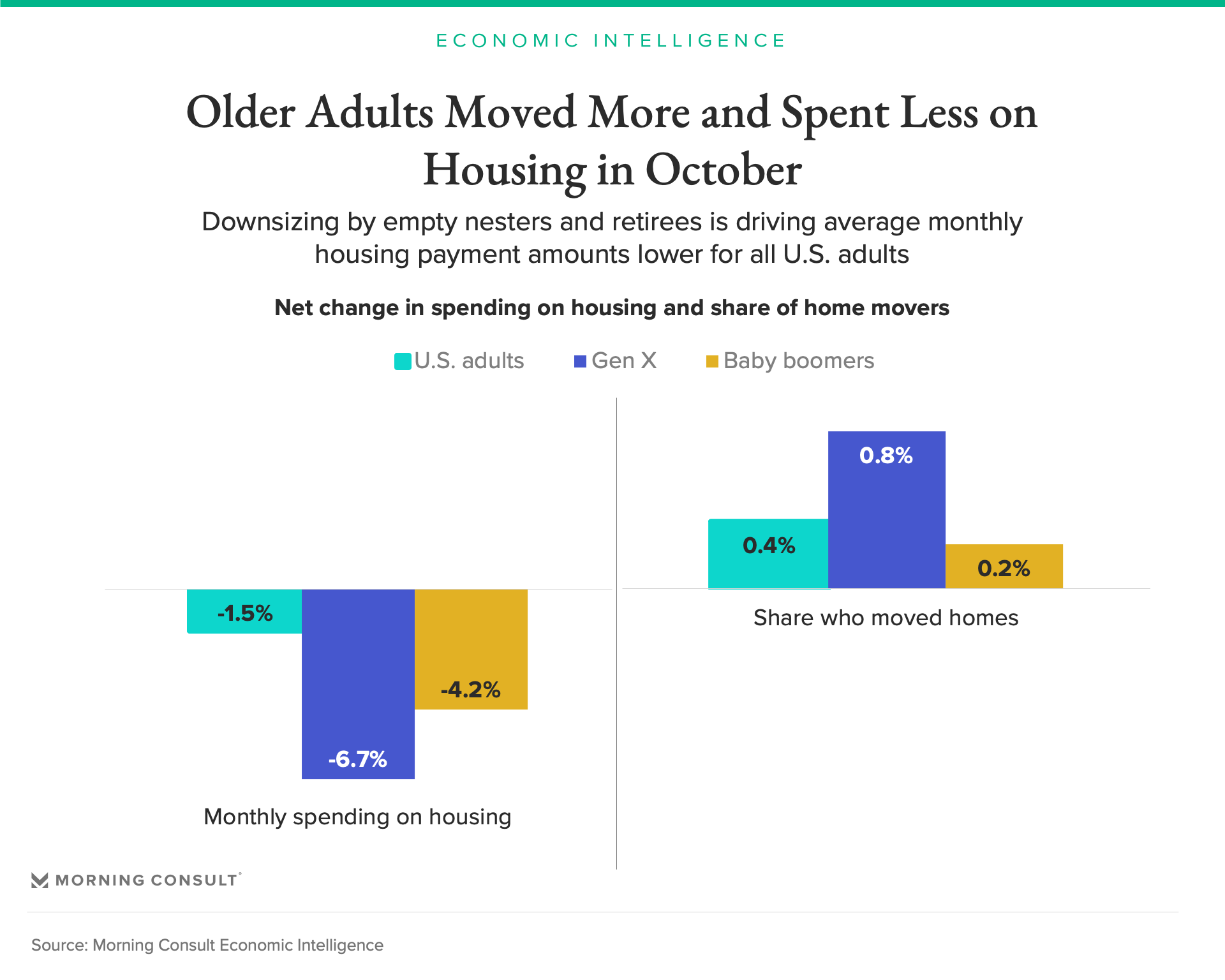 According to the National Association of Realtors, adults tend to move to smaller, less expensive homes after age 55, so the decline in housing payment amounts for older generations likely signals that empty nesters and retirees are downsizing. The trend away from larger, costlier houses could also result in softer prices on average as demand ebbs for the most expensive home types.

Rising prices are enticing more sellers into the market

In October, the share of adults intending to buy homes fell to the lowest level since January, narrowing the gap between prospective home buyers and sellers following two straight months of expansion. 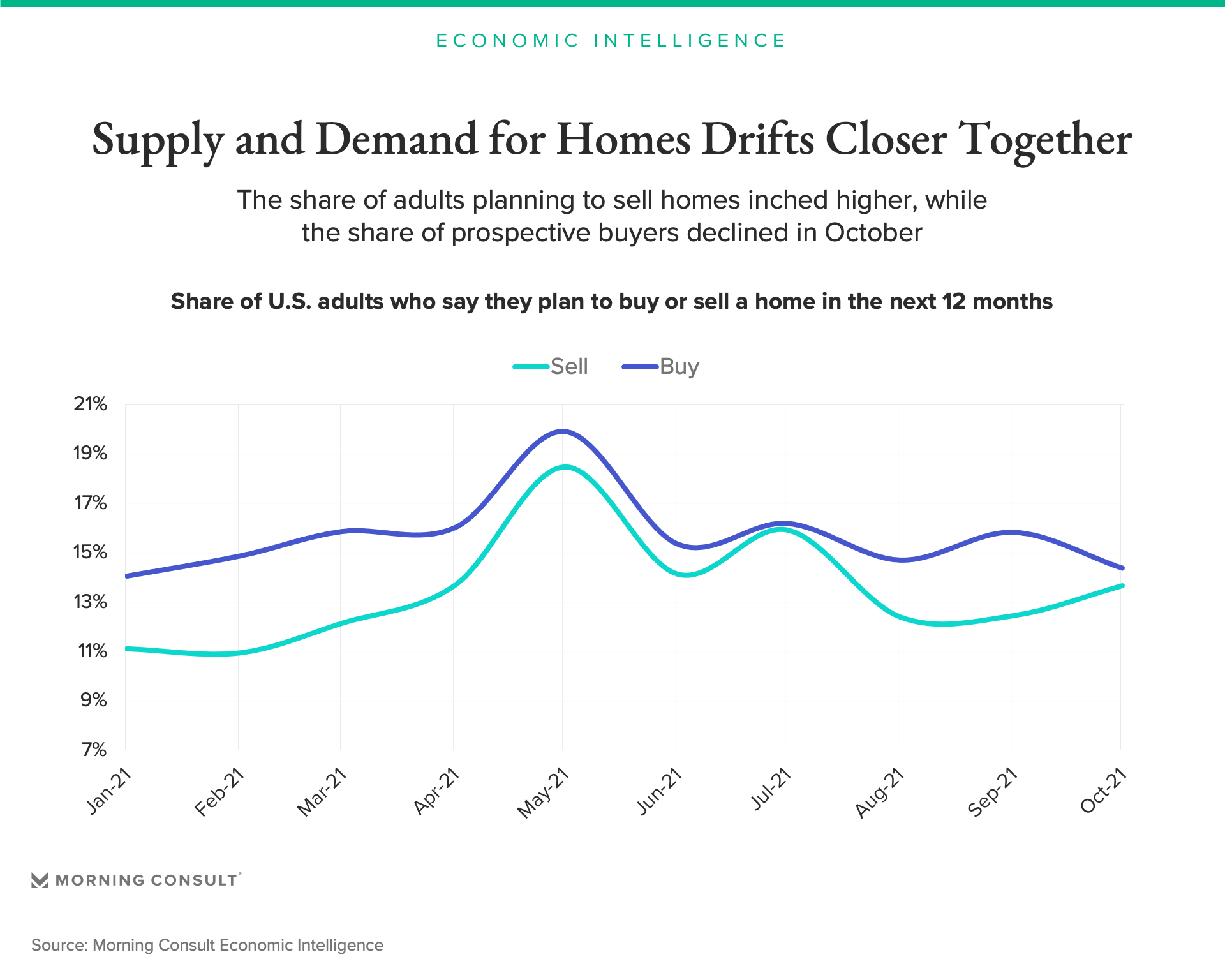 This step toward equilibrium is another indication that the housing market may be self-correcting: As prices increase, selling becomes more appealing, luring more homeowners to put their properties on the supply-constrained market. At the same time, more casual buyers are discouraged by unaffordable prices, leading some to withdraw from the pursuit. Relatively fewer buyers and more sellers over the next year would imply slightly softer conditions, potentially easing the pace of home price growth.

Overall, housing conditions continue to be tight, but the pace of price growth appears poised to soften. Inflation expectations for housing are flattening, an uptick in sellers is adding to supply and households are resisting the idea of paying more for housing despite higher prices. As the improving labor market boosts incomes, stabilizing housing expenses may enable consumers to allocate more spending to discretionary categories like restaurants, entertainment and travel.