There May Be Real Interest in AMC Theatres’ Popcorn Side Hustle 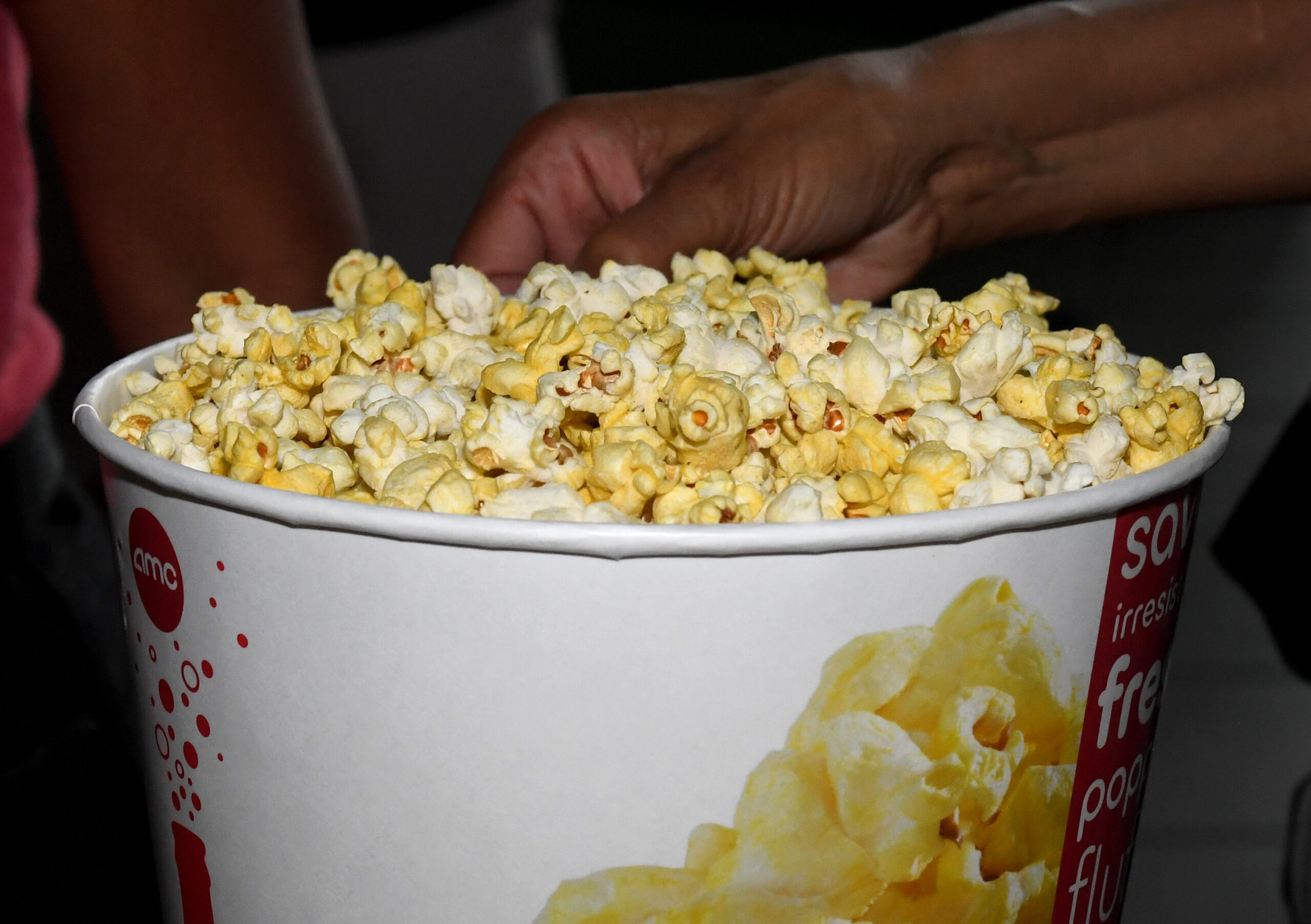 A customer buys a bucket of popcorn before seeing a movie at AMC Town Square 18 on Aug. 20, 2020 in Las Vegas. AMC Theatres will begin selling its own popcorn in grocery stores in 2022. (Ethan Miller/Getty Images)
By Sarah Shevenock

The pandemic has kept plenty of consumers away from movie theaters, and in turn, the buttery goodness of their popcorn. But one major chain will soon bring its version of the salty snack to grocery stores and delivery services.

AMC Entertainment Holdings Inc., which owns and operates about 600 movie theaters in the United States, recently announced plans to start selling prepackaged and microwaveable popcorn in supermarkets and malls starting next year. New Morning Consult data indicates that consumer interest in theater-branded popcorn — and in the AMC brand itself — could make this a successful attempt to diversify revenue in the wake of the coronavirus pandemic. But the company will have ground to make up compared to established, at-home popcorn brands.

Movie Theater-Branded Popcorn Will Soon Be Popping Off Store Shelves

Respondents were asked if they were interested in buying the following types of popcorn at grocery stores, or through delivery or takeout services:

Respondents were asked how often they consume popcorn at the following locations:

AMC’s upcoming popcorn side business is seen as a way for the embattled theater chain to make some extra cash without having to rely on the increasingly fickle theatrical business. While the data indicates that this expansion into popcorn sales would likely garner some consumer interest, it also shows that consumers’ loyalty to established supermarket brands could prove to be a challenge for AMC.

If other chains follow AMC’s route, they likely face an even tougher battle on store shelves: Two-thirds of Americans said they are interested in AMC, the largest share among a list of a dozen popular theater chains and 11 points higher than interest in Cineworld Group PLC’s Regal Cinemas, which finished second. If any theater brand can push into the popcorn business, it’s AMC.

Related: Gen Zers Are Vital to Movie Theaters’ Recovery. Here’s How Theaters Can Win Them Over
Film and TV Grocery Movie Theaters Online Grocery and Delivery