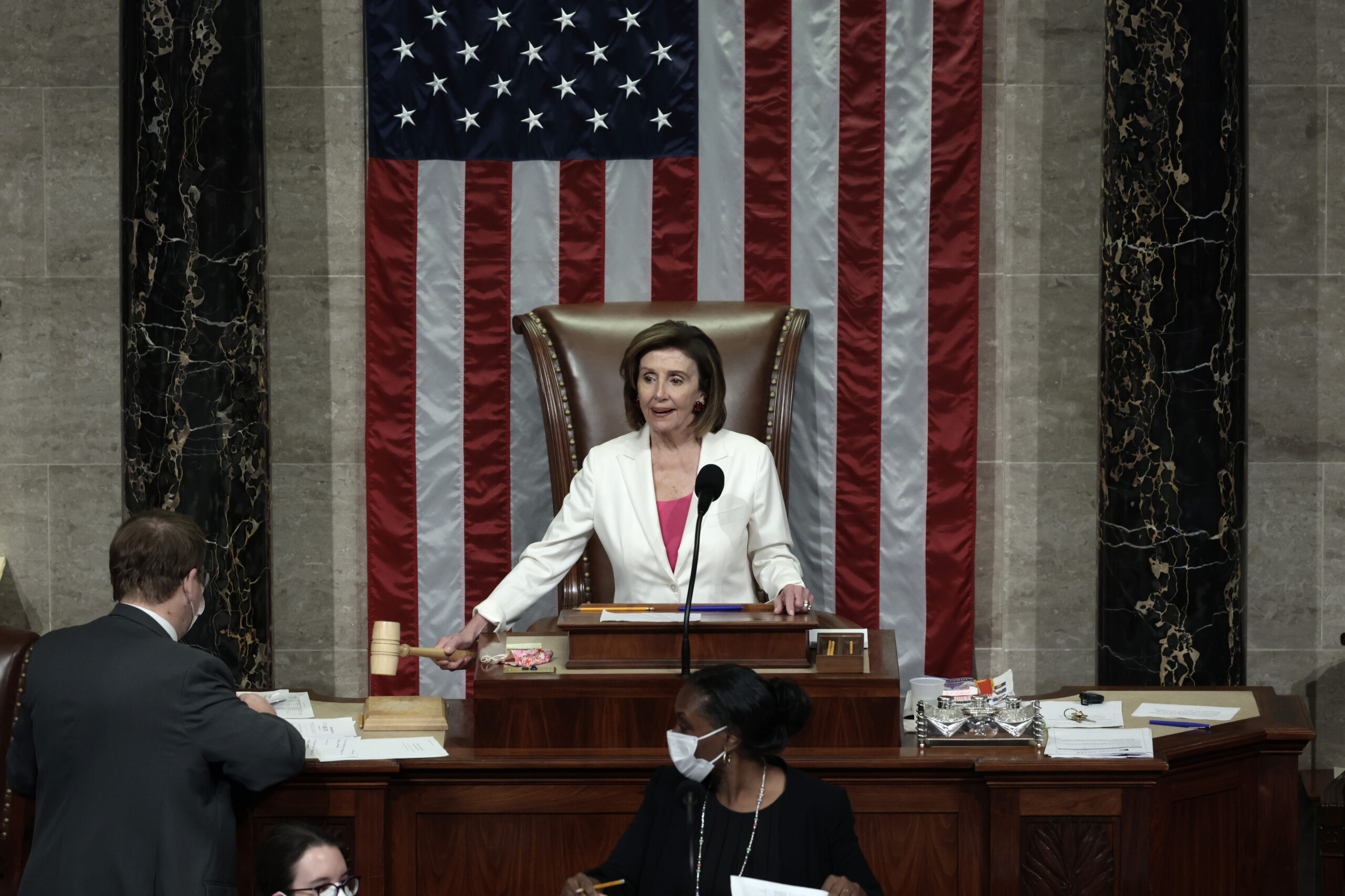 House Speaker Nancy Pelosi (D-Calif.) presides over the Nov. 19 vote for the Build Back Better Act. Our new survey shows a plurality of voters support the legislation, though many also believe it will make inflation worse. (Anna Moneymaker/Getty Images)
By Eli Yokley

President Joe Biden’s House-passed “Build Back Better” legislation has support from roughly half of the electorate, according to a new Morning Consult/Politico poll, but a plurality of voters believe the roughly $2 trillion plan will make inflation in the United States worse.

About Half of Voters Support House Democrats’ ‘Build Back Better’ Bill

As the measure heads to the Senate, where it is expected to be altered, the president and his party will have to grapple with voters’ concerns about its price tag. While some independent analysts have said the measure will not add to inflationary pressures, many voters disagree.