43% of Americans approve of the Wisconsin jury’s not guilty verdict, while 39% disapprove 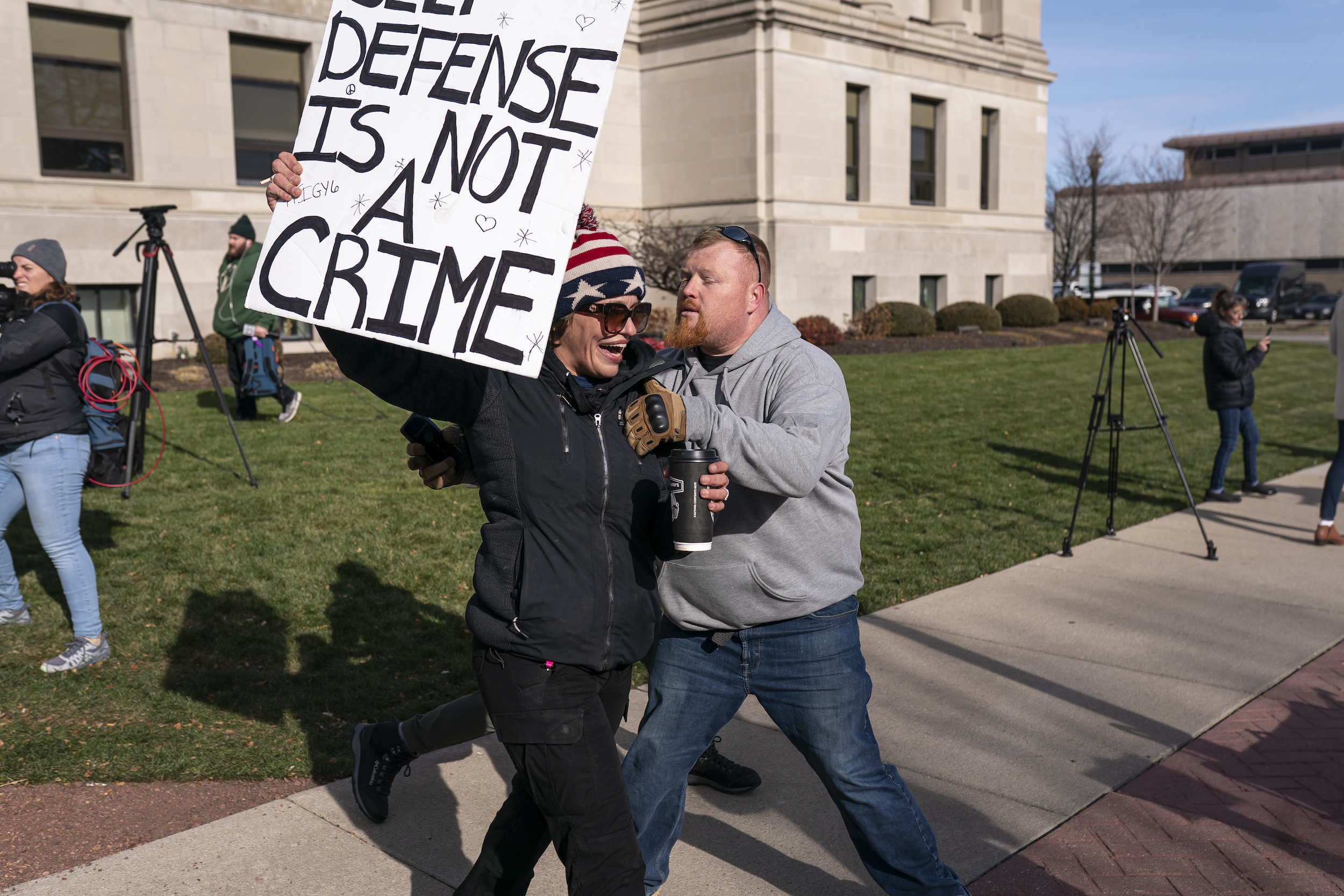 Emily Chaill, a supporter of Kyle Rittenhouse holding a sign with the words "self defense is not a crime," reacts as the verdict is read while another man moves her away from an opposing crowd in front of the Kenosha County Courthouse on Nov. 19. A new poll shows Americans are divided along partisan and racial lines over the jury's decision to find Rittenhouse not guilty on all charges.(Nathan Howard/Getty Images)
By Eli Yokley

Americans are slightly more likely to approve than disapprove of a Wisconsin jury’s decision to find Kyle Rittenhouse not guilty of all the charges he faced related to him killing two people and injuring another at a protest against police brutality in Kenosha in August 2020, according to a new Morning Consult survey.

Americans Are Divided on the Rittenhouse Trial Verdict

U.S. adults were asked whether they approve or disapprove of a Wisconsin jury’s decision to find Rittenhouse not guilty of all charges

Support for Rittenhouse’s acquittal is largely driven by whether respondents believe the 18-year-old was in Kenosha to help protect the public, as 32 percent asserted, or to provoke violence, which is the view of 37 percent of Americans. Those views fall largely along partisan lines — with 59 percent of Republicans saying the former and 56 percent of Democrats saying the latter — as well as racial lines, with Black Americans (57 percent) far more likely than white Americans (34 percent) to say Rittenhouse had malicious intent.

In the days since Rittenhouse was cleared by the jury, the proceedings have been cast by supporters of the Black Lives Matter movement as another referendum on the criminal justice system, which, they say, allows white men with guns to go free while being harsher on people of color. The survey found that the outcome of Rittenhouse’s trial has dampened confidence in the criminal justice system among people of color.

U.S. adults were asked if the Wisconsin jury’s determination that Kyle Rittenhouse was not guilty of all charges makes them more or less confident in the criminal justice system