68% approve of the three guilty verdicts, while 65% see justice for Arbery 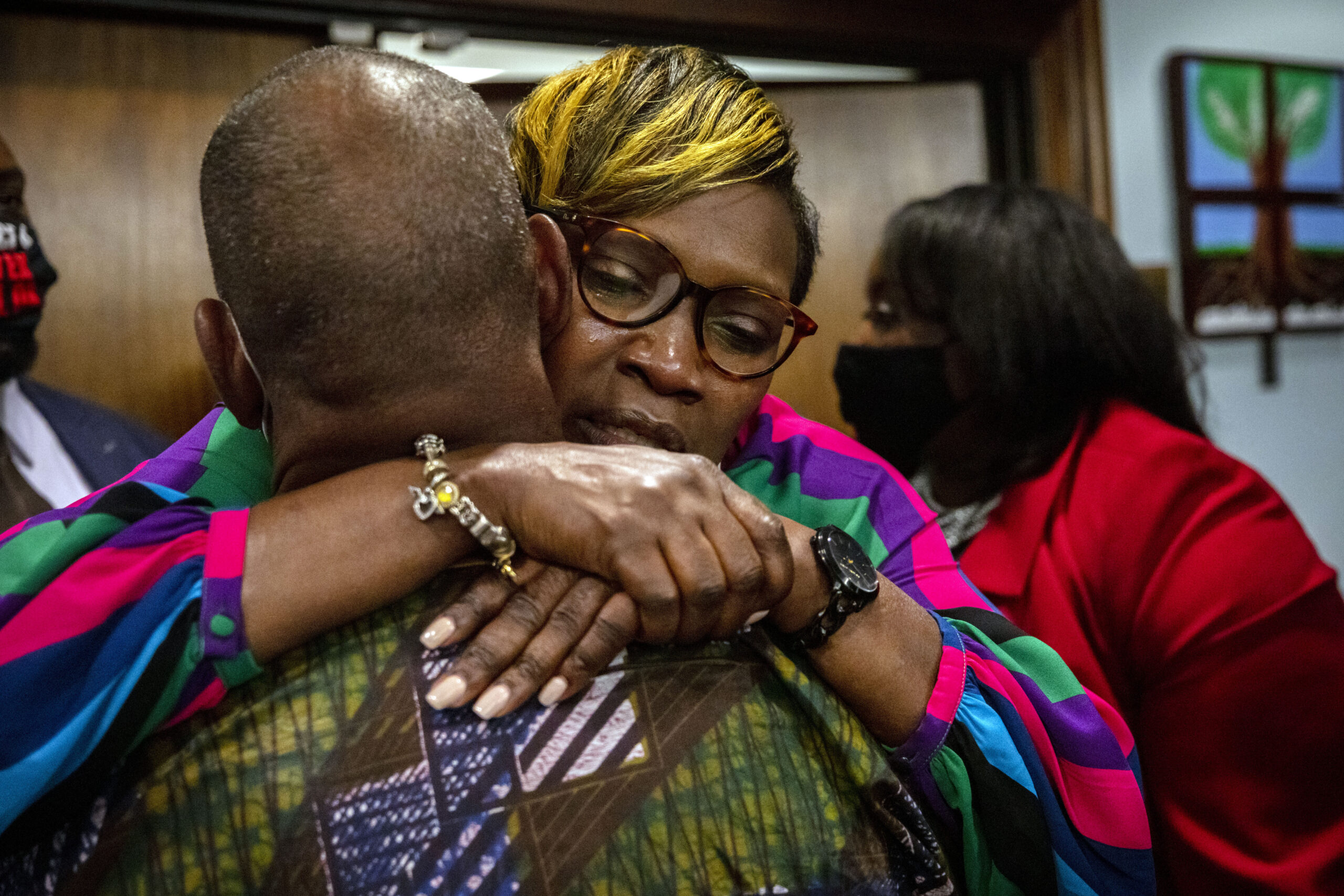 Ahmaud Arbery's mother, Wanda Cooper-Jones, is hugged by a supporter on Nov. 24 after the jury convicted three men for the murder of her son in Brunswick, Ga., last year. A new poll shows Americans are overwhelmingly in support of the verdict, with nearly as many seeing it as representing justice for Arbery. (Stephen B. Morton-Pool/Getty Images)
By Eli Yokley

Nearly 7 in 10 Americans approve of a Georgia jury’s decision last week to convict three white men for the murder of Ahmaud Arbery, according to a new Morning Consult survey. Nearly as many say the verdict represents justice for the 25-year-old Black man who was accosted and gunned down while jogging through a neighborhood in February 2020. 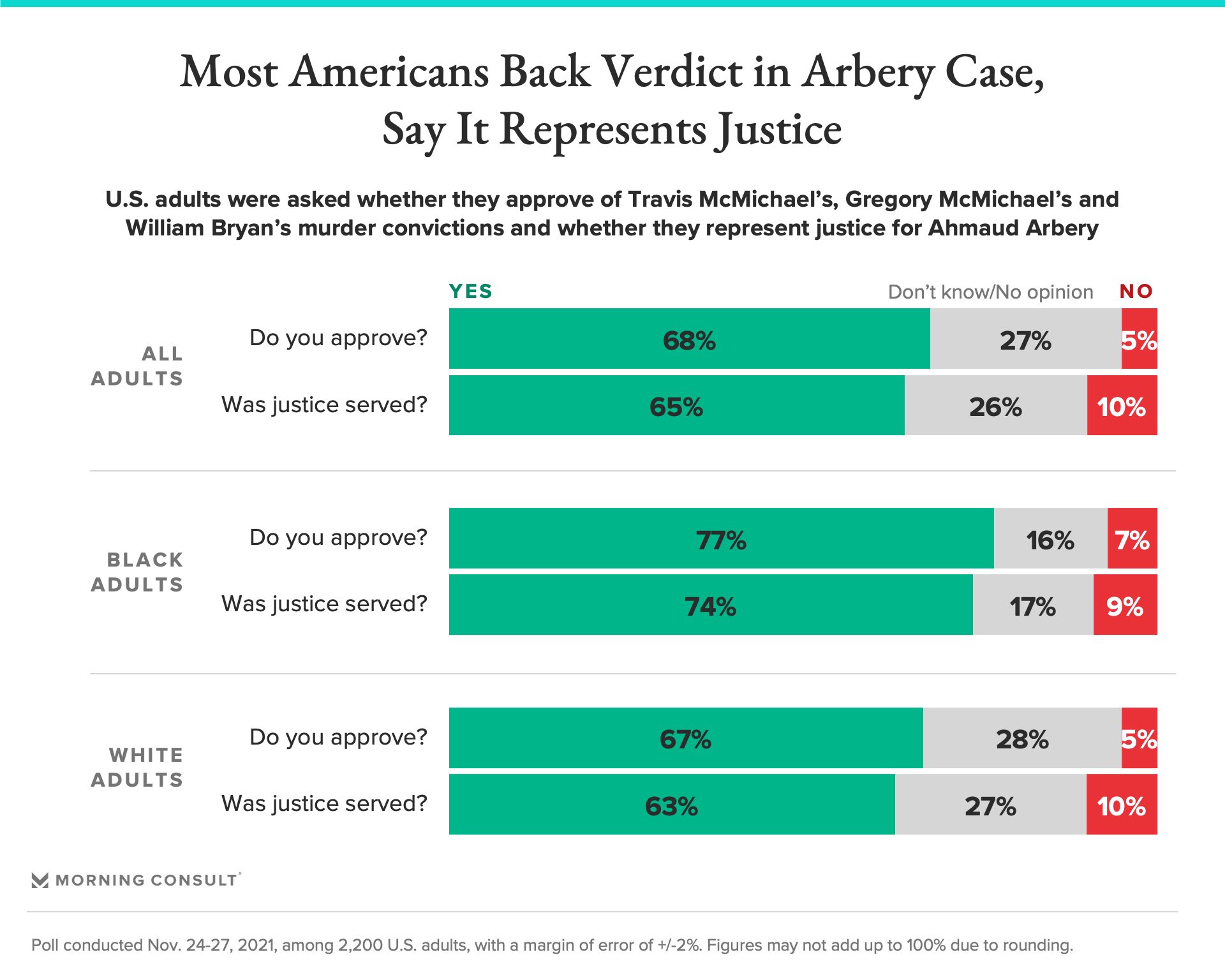 The Georgia jury’s verdict has wide public support, helping to explain the nationwide outcry over the local prosecutors’ initial decision not to charge the three men for killing Arbery that was later overturned by the Georgia Bureau of Investigation just days before Floyd’s murder last year. Without the political referendum on policing that encapsulated coverage of the Chauvin trial, or the debate over self-defense and open-carry laws that preceded the acquittal of Kyle Rittenhouse for killing two people and injuring another at a protest over police brutality in Wisconsin, the trial for Arbery’s murder commanded less attention, and prompted a weaker reaction, from the public.

Republicans and white adults were more likely than Democrats and Black adults to say they were unsure in response to a number of questions about the trial, and at least some of that appears to be driven by exposure. Republicans were less likely than Democrats (19 percent to 41 percent) and white Americans were less likely than Black Americans (27 percent to 47 percent) to report having seen, read or heard “a lot” about the Georgia convictions.