Strong Majority of Adults Back Variety of Public Health Measures in Light of Omicron Variant, Including Travel Restrictions 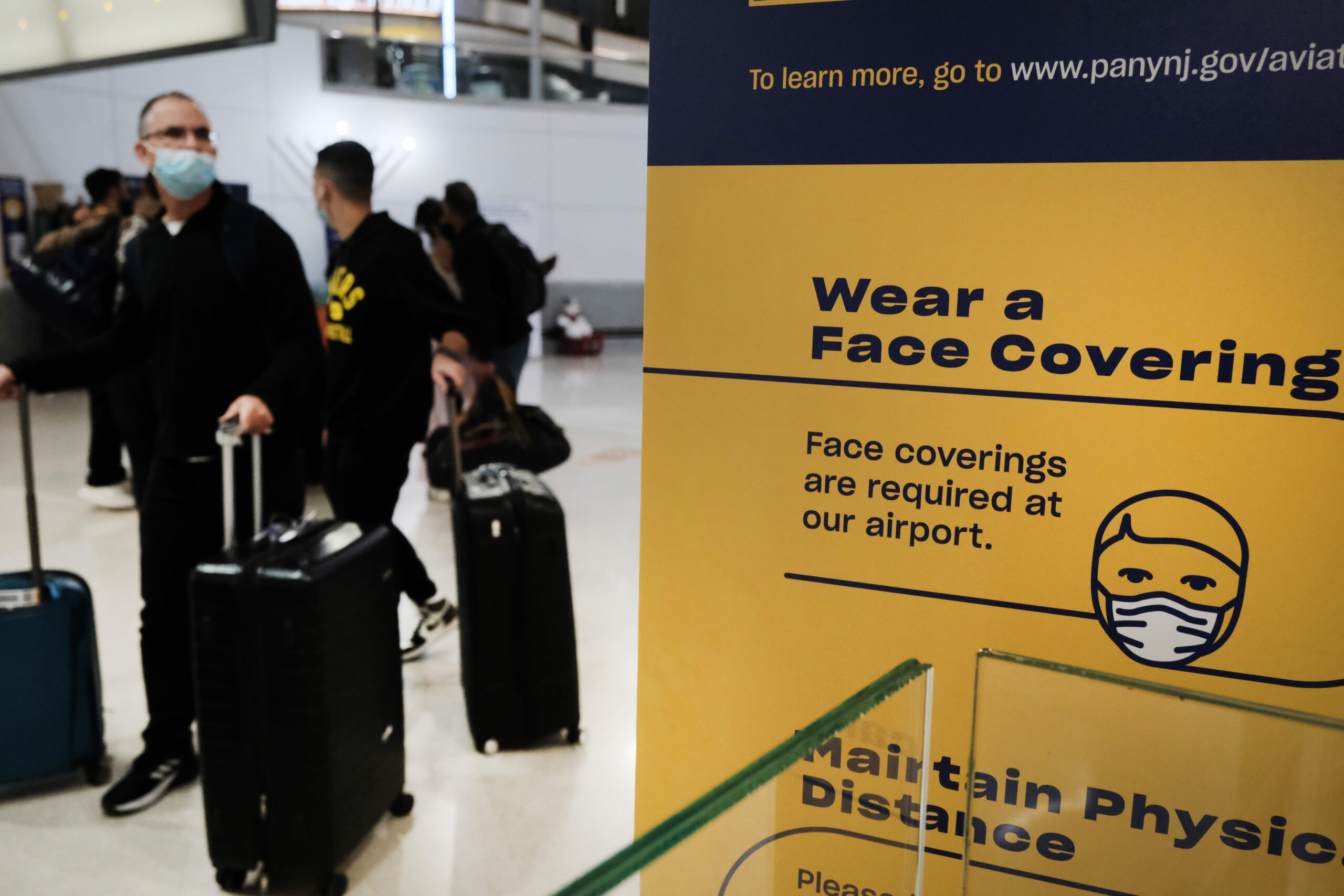 Travelers arrive from international flights at Newark Liberty International Airport on Nov. 30, 2021, in Newark, N.J. The United States, and a growing list of other countries, has restricted flights from southern African countries due to the detection of the COVID-19 omicron variant. (Spencer Platt/Getty Images)
By Gaby Galvin

The American public largely backs a slew of measures to safeguard against the new omicron variant of the coronavirus, new Morning Consult polling shows, including travel restrictions that have come under fire from the World Health Organization and from the countries in southern Africa that are subject to the bans. 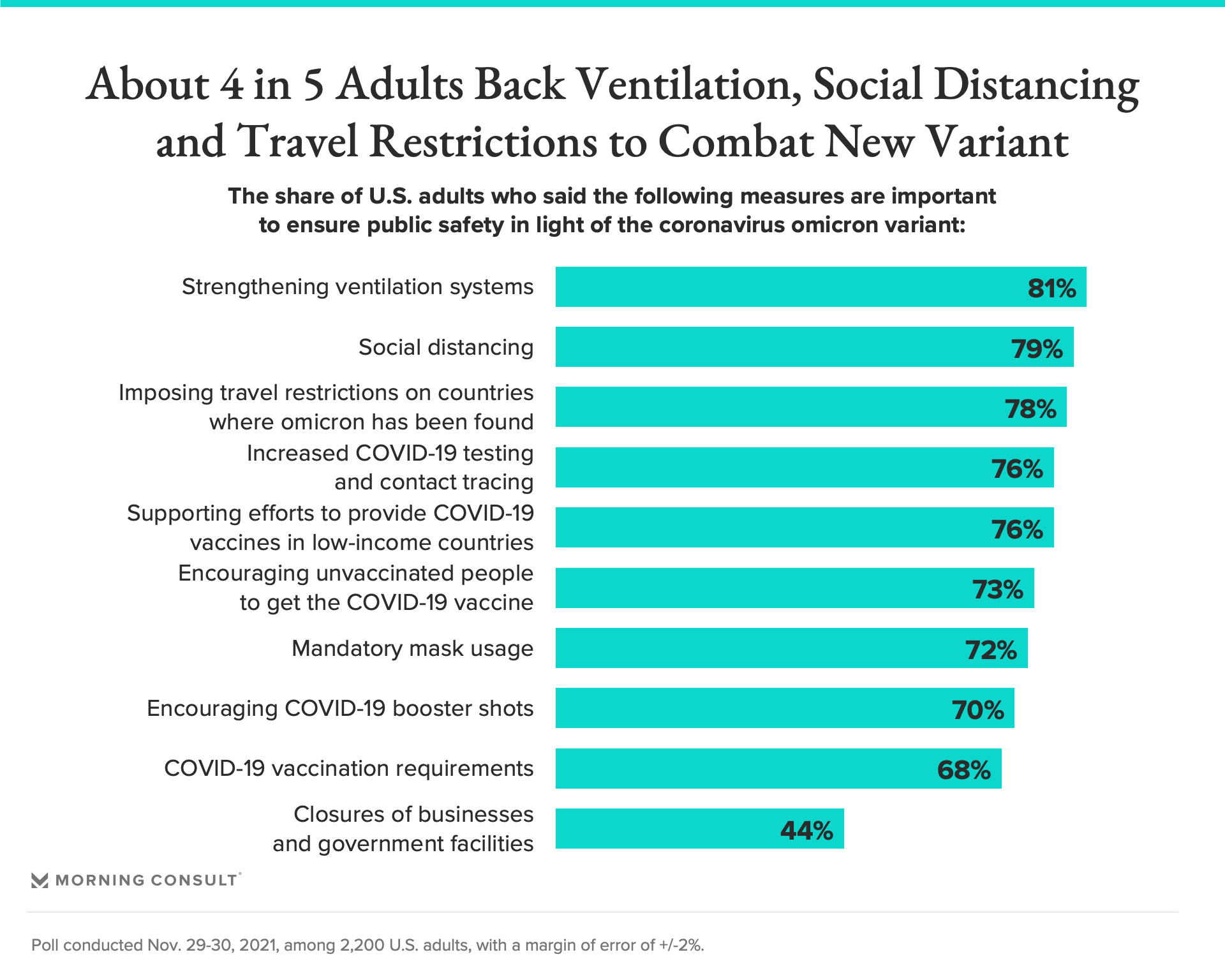 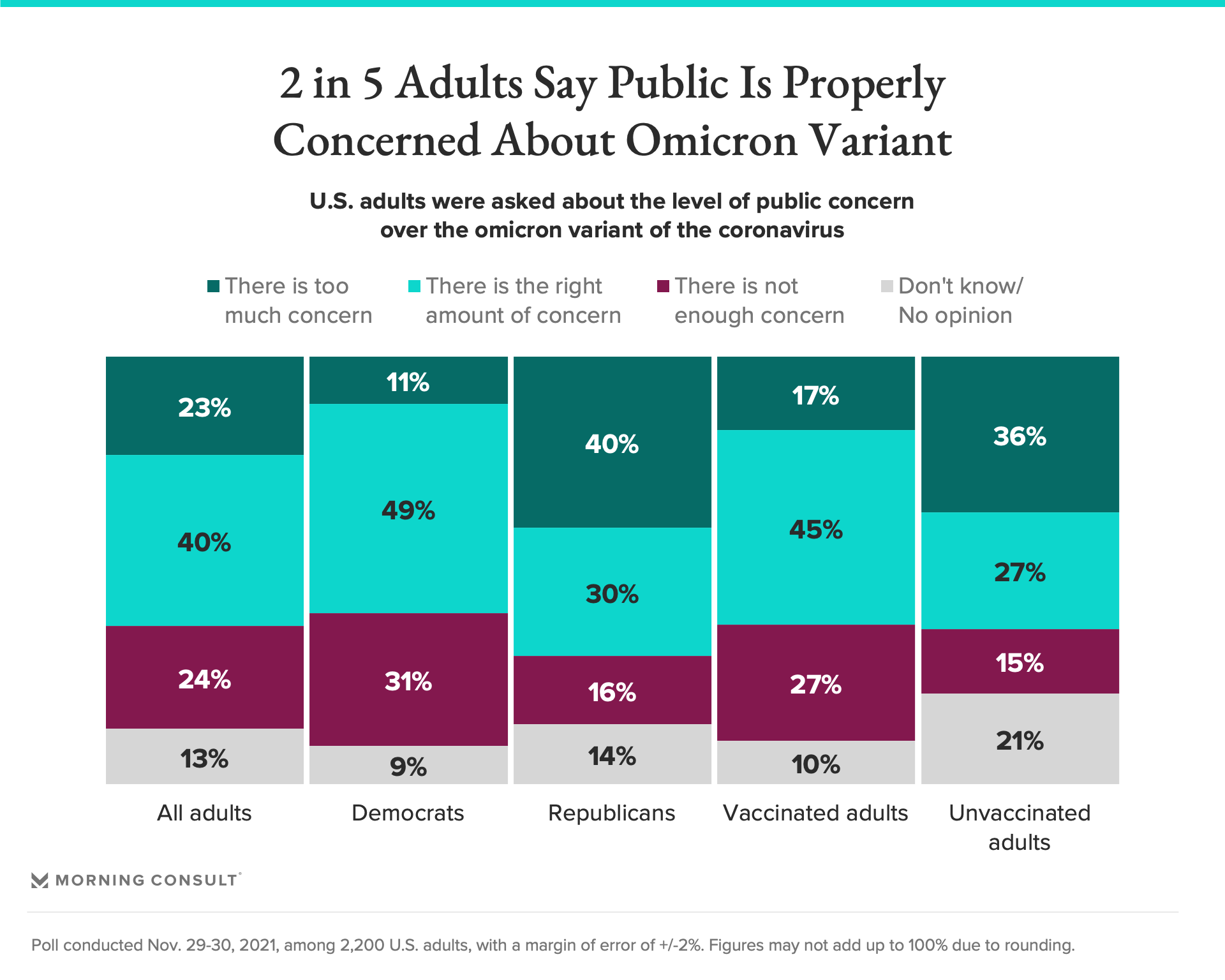 Related: The FDA Is Expected to Authorize COVID-19 Antiviral Pills. 3 in 4 Adults Say They’d Take Them if They Got Sick
Air Travel Coronavirus Coronavirus Variants Vaccines