45% of voters approve and 52% disapprove of Biden’s job performance, unimproved since before infrastructure enactment, House passage of Build Back Better Act 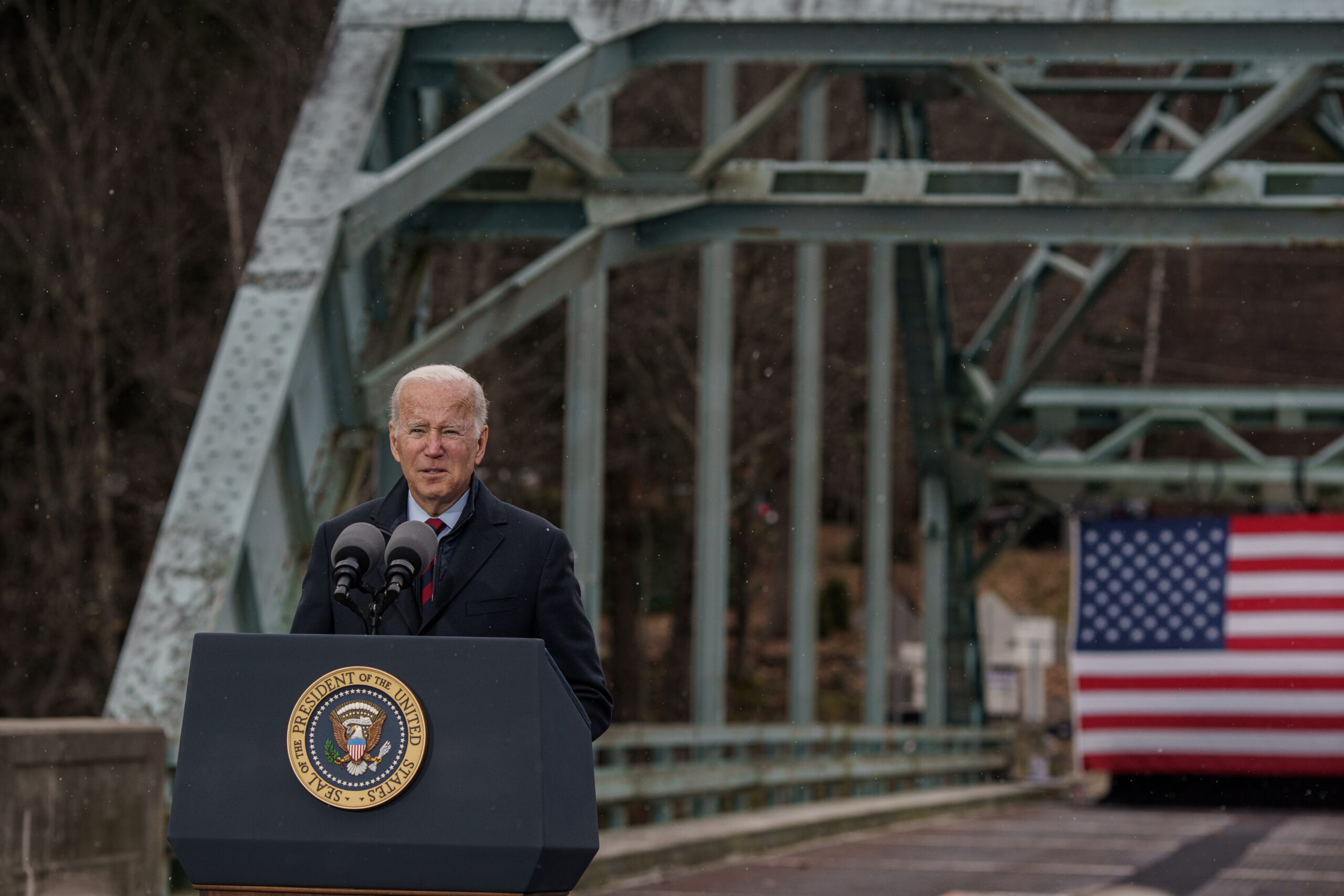 President Joe Biden delivers a Nov. 16 speech on infrastructure while visiting the NH 175 bridge spanning the Pemigewasset River in Woodstock, N.H. The visit to the bridge, listed in poor condition since 2013, follows the Nov. 15 signing of the $1.2 trillion infrastructure. (John Tully/Getty Images)
By Eli Yokley

After Biden’s job approval rating fell underwater amid the Afghanistan withdrawal, there was talk that time and legislative victories could help heal the public’s view of the president. But polling over the past several weeks — which came as voters raised concerns about inflation and yet another variant of the coronavirus — suggest that reversing course will be difficult.

Less than a year out from the midterm elections, that could prove challenging for the Democrats working to hold on to the House and Senate, especially given the fact that voters’ views about Biden look strikingly similar to perceptions about then-President Donald Trump four years ago — before Republicans went on to suffer heavy losses en route to the House minority. 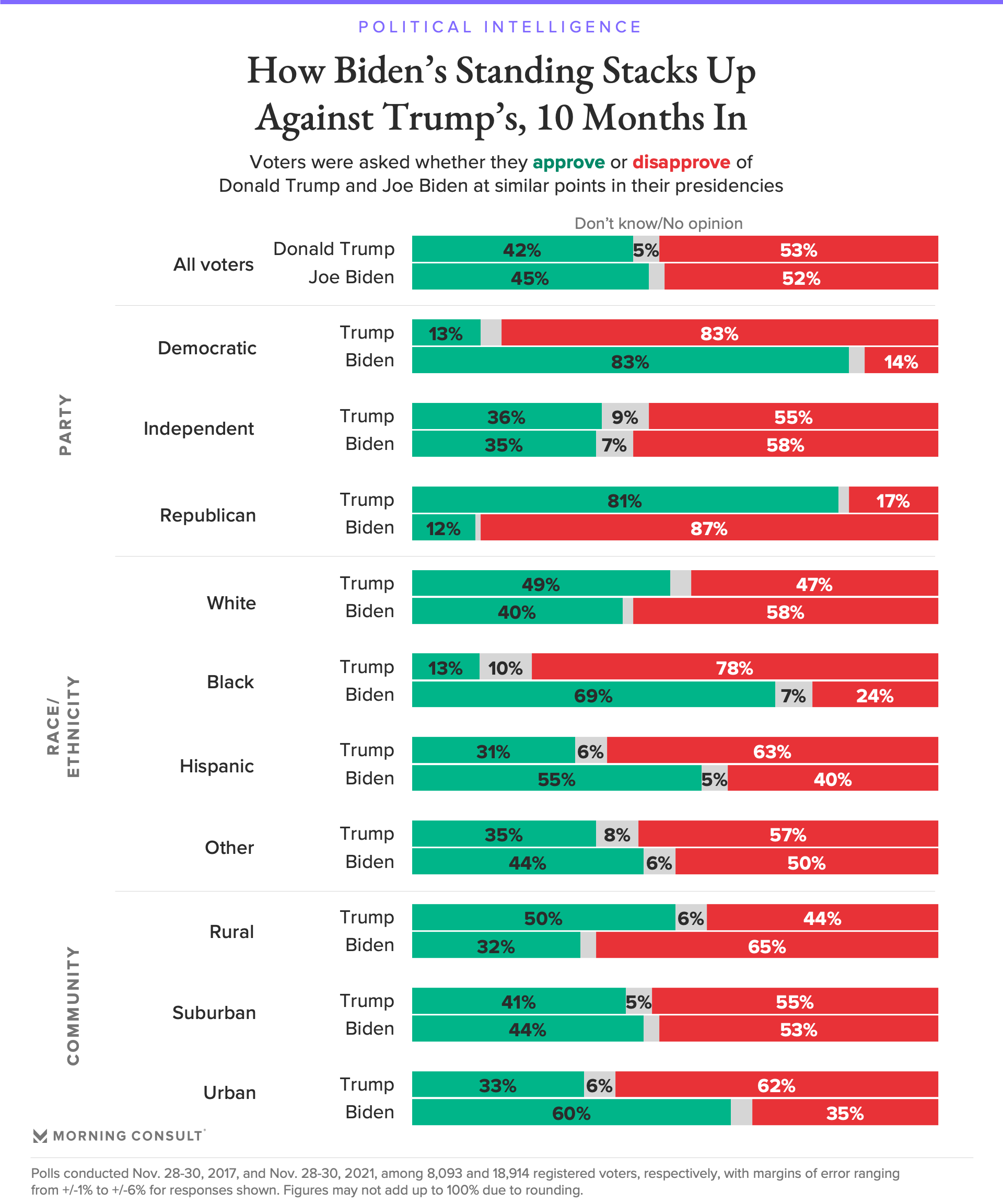 How Biden compares to Trump four years ago