Awareness of new characters, and those featured in ‘Shang-Chi,’ ‘Eternals’ and other recent films, is low among the franchise’s fans, per new polling 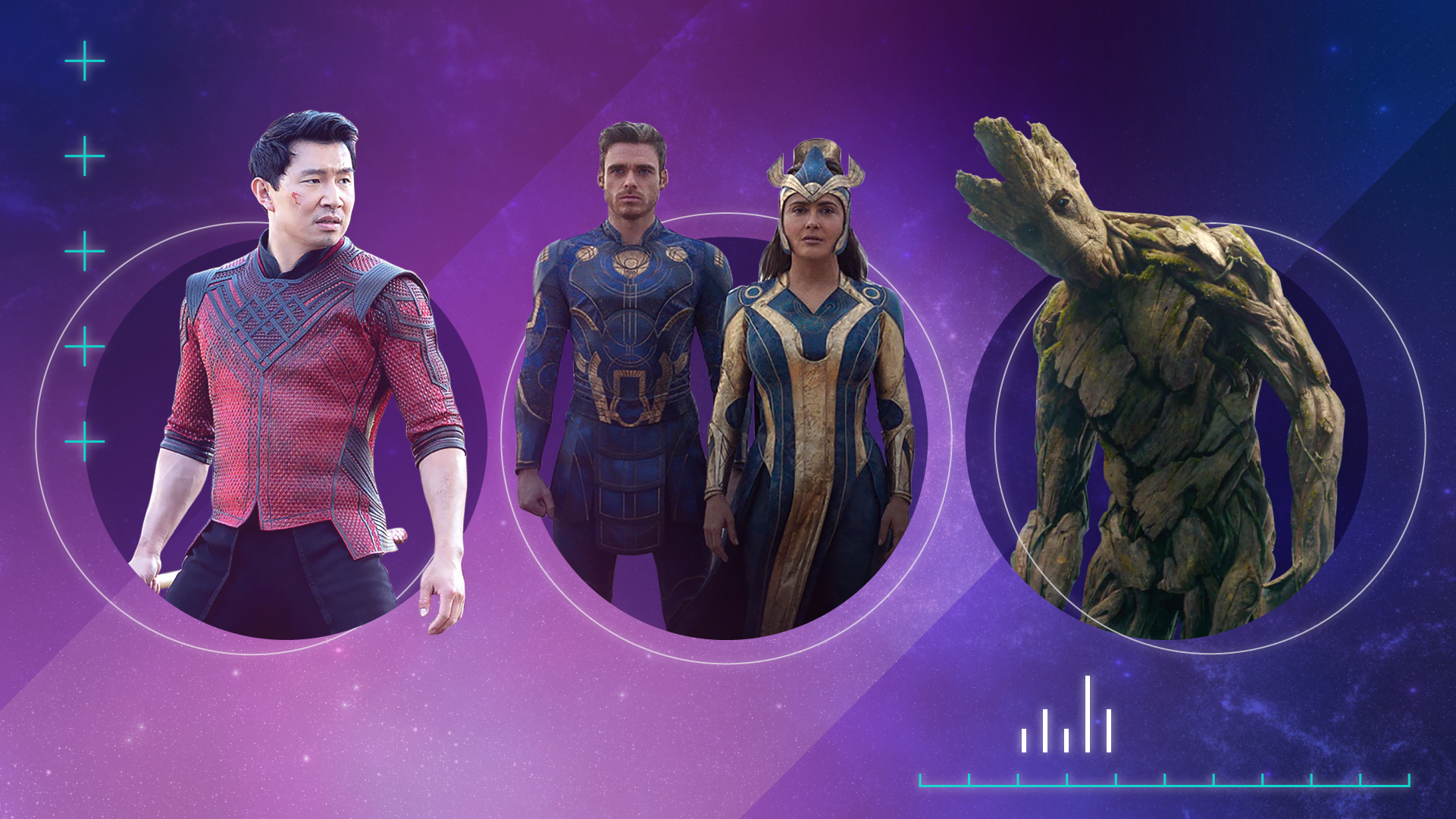 Even the majority of self-identified Marvel fans said they don't know much about these characters. Just 8 percent and 7 percent of Marvel fans have heard "a lot" about Ikaris and Sersi, respectively, the "Eternals" characters pictured at center. (Disney/Getty Images/Morning Consult artwork by Sara Wickersham)
By Sarah Shevenock

“Avengers: Endgame” marked the end of a superhero era as audiences said goodbye to Robert Downey Jr.’s Iron Man and Chris Evans’ Captain America — and prepared to say hello to the new heroes tasked with leading the next stage of the Marvel Cinematic Universe, known as Phase 4.

New Morning Consult data shows that the Walt Disney Co.’s Marvel Studios has its work cut out marketing these new characters to the world. The majority of self-identified Marvel fans don’t know much about the next wave of superheroes, and they aren’t all that excited to see them in new films or TV shows, either.

Respondents were asked how much they have seen, read or heard about the following characters:

Respondents were asked how they plan to first watch the following movies, if at all:

Based on these numbers, Marvel’s newest heroes appear to have a branding problem. If Disney plans to rely on once-secondary characters like Dr. Strange, and new faces like Sersi, to carry its multibillion-dollar franchise for the foreseeable future, it will need to retool its marketing and outreach to make fans more aware of these new characters. (Disney did not respond to requests for comment.)

There is hope, though. Iron Man and Captain America didn’t become beloved heroes overnight, as it took several years of movies and memes to make them household names. Disney is banking on being able to do that again.