As Supreme Court Weighs the Future of Abortion, 2 in 5 Voters Say They Expect Roe v. Wade Will Be Overturned 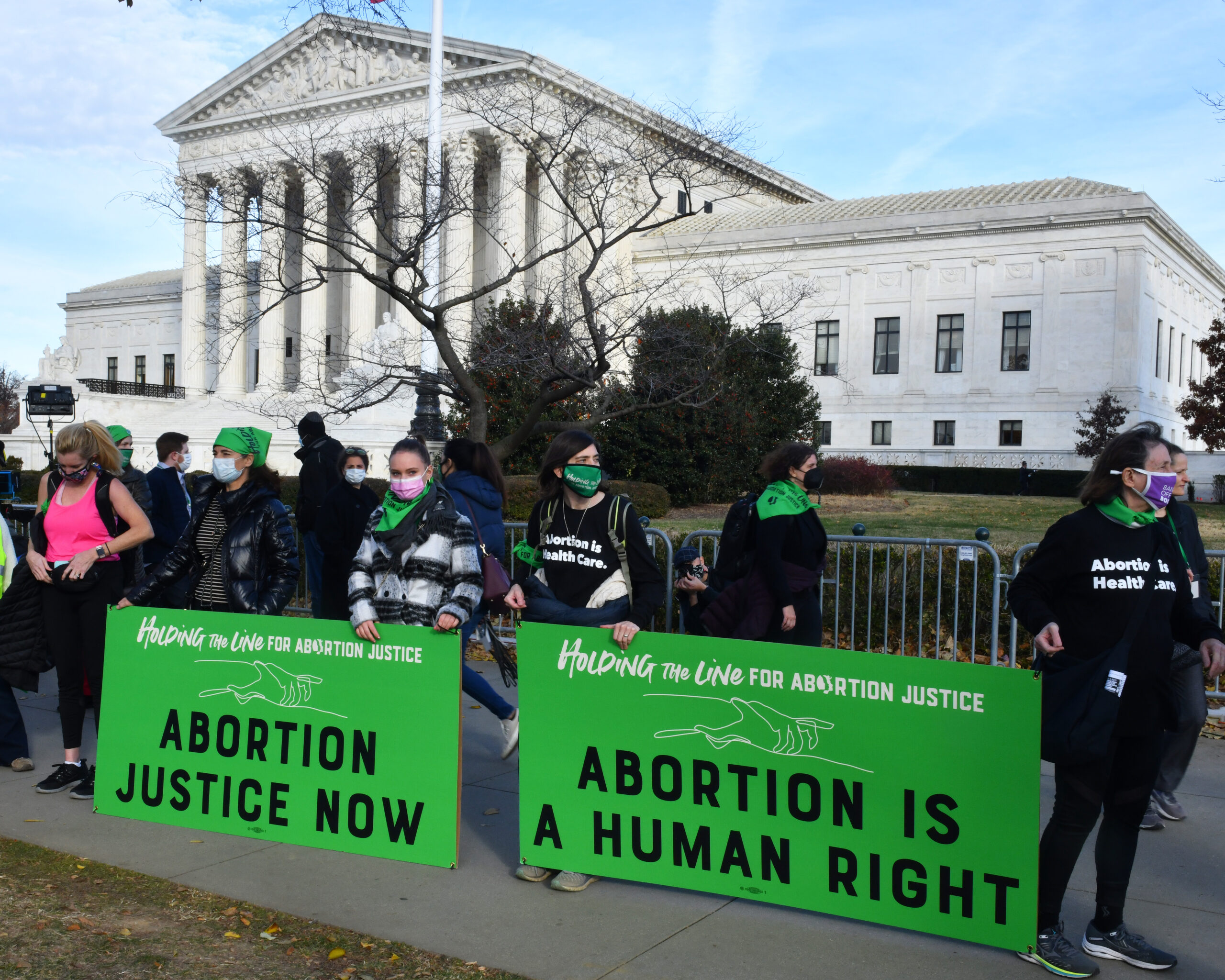 Supporters of abortion rights hold signs during a rally at the Supreme Court on Dec. 1, 2021, in Washington, D.C., as oral arguments were delivered over Mississippi’s 15-week abortion ban. A Morning Consult/Politico poll found that 40 percent of voters said the high court is likely to overturn Roe v. Wade, up from 26 percent in May 2019. (Shannon Finney/Getty Images)
By Gaby Galvin

Voters are much more likely today than in 2019 to say the future is grim for Roe v. Wade, the landmark Supreme Court ruling in 1973 that established the constitutional right to an abortion, according to new Morning Consult/Politico data. 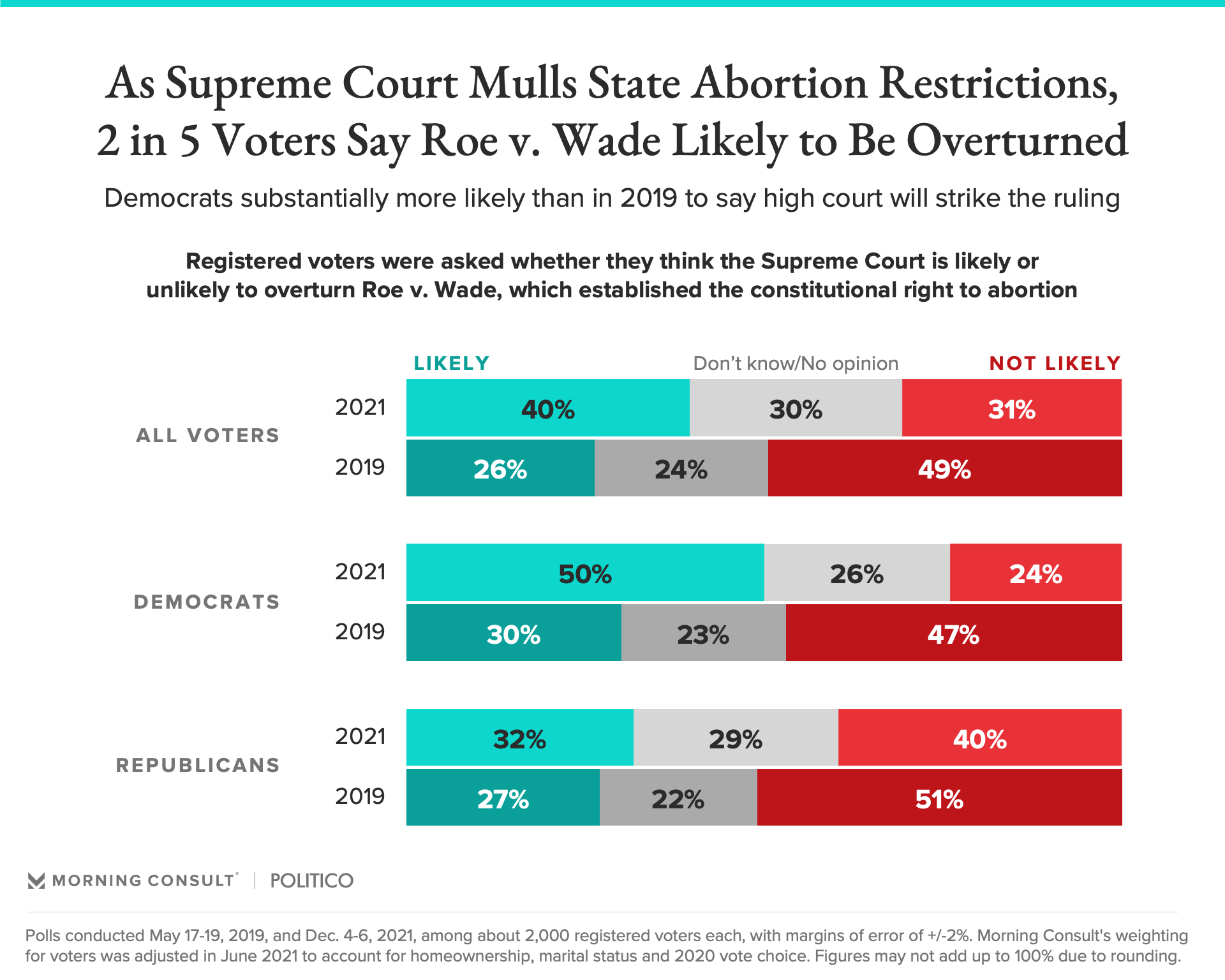 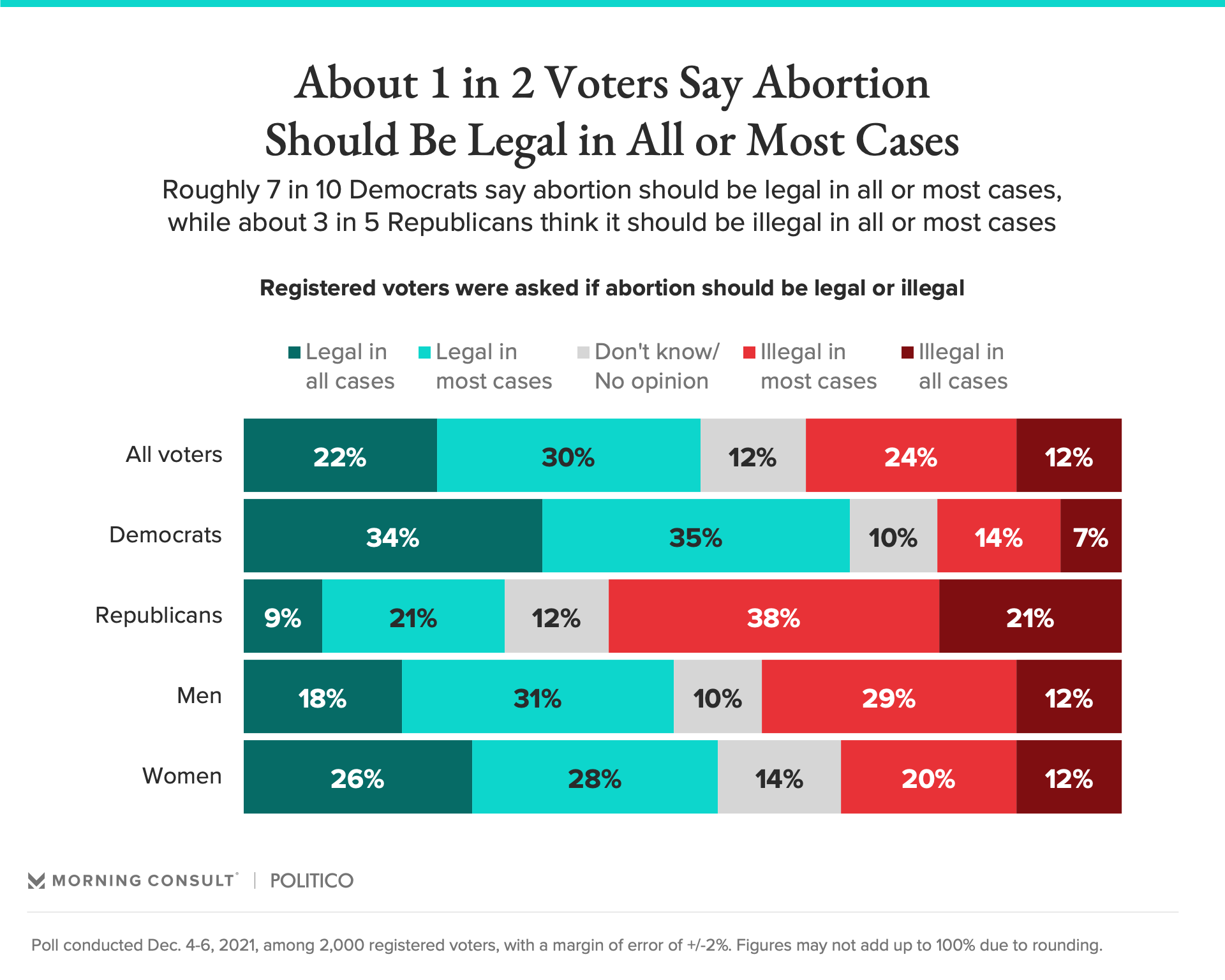