As Senate Negotiates Build Back Better Act, Voters View Health Measures as Its Most Important Pieces

Funding for home health care, hearing benefits, negotiating drug prices are among those most commonly listed as top priorities 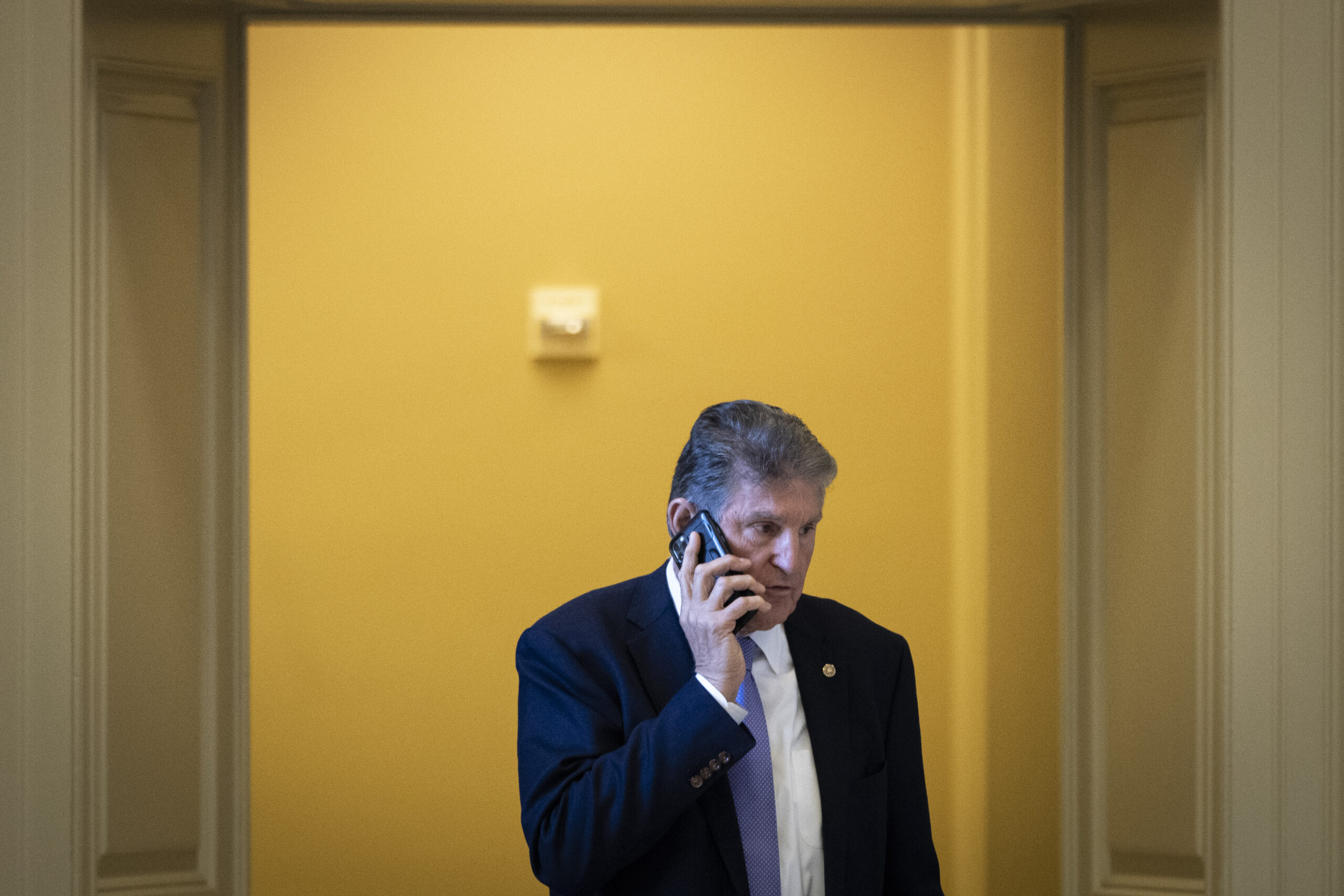 Sen. Joe Manchin (D-W.Va.) talks on the phone outside of the Senate Democratic Caucus' Nov. 16 luncheon in the Capitol. Manchin is looking to cut two health-related provisions — including paid family and medical leave and the Medicare expansion to cover hearing benefits — from his party's Build Back Better Act, but new polling shows both measures are popular with voters on either side of the aisle. (Drew Angerer/Getty Images)
By Matt Bracken

Senate Democrats are rushing to pass the party’s roughly $2 trillion social spending plan by Christmas, with Majority Leader Chuck Schumer (D-N.Y.) writing in a note to lawmakers Monday that they can expect “more long days and nights” ahead.

Whether they can hit that ambitious timeline remains to be seen, but new Morning Consult/Politico polling shows that voters would like to see lawmakers prioritize the health care-related provisions in the House-passed Build Back Better Act. 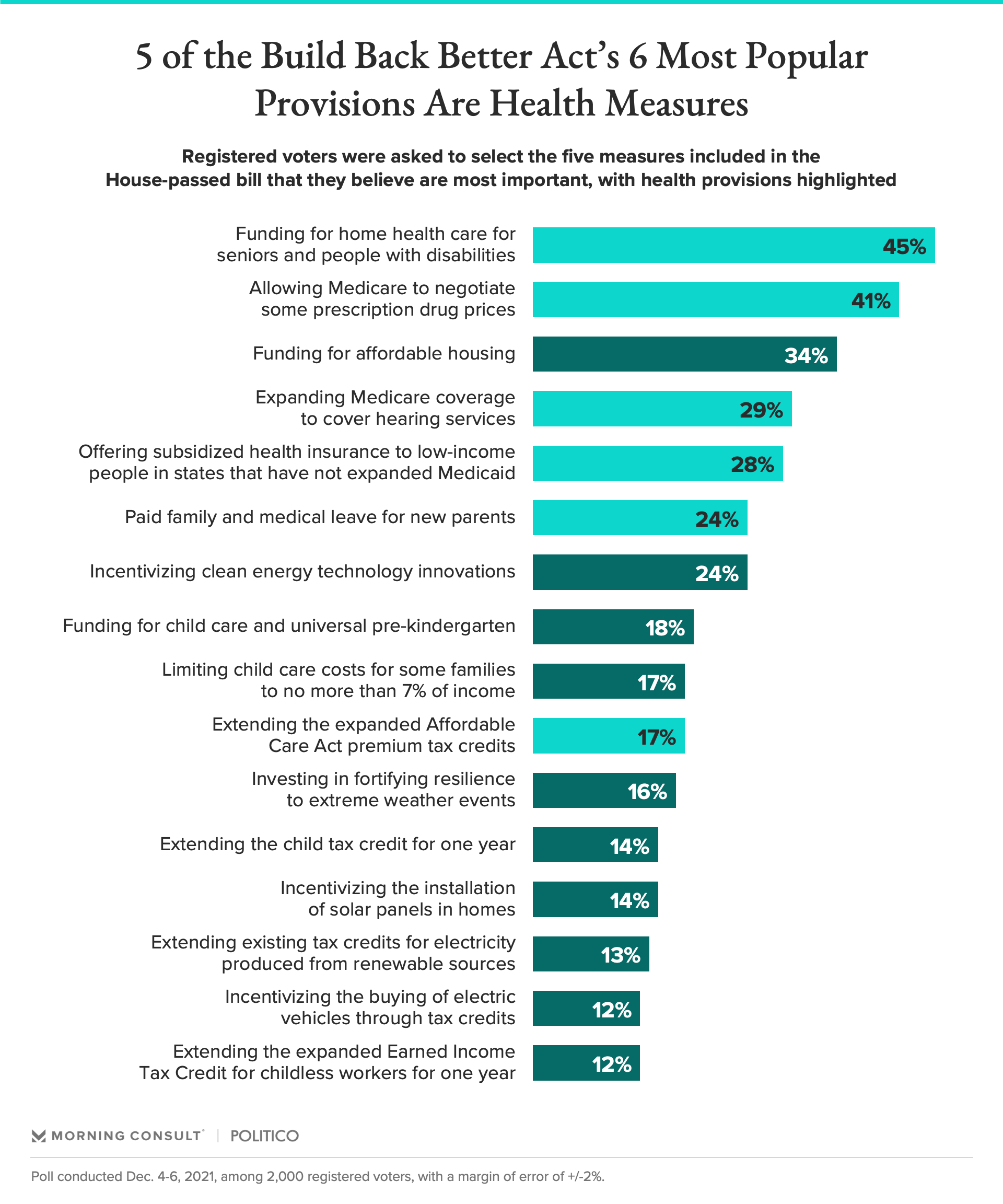 In a White House speech Monday, President Joe Biden railed against “outrageously expensive” prescription drug prices while also pushing the Senate to move on Build Back Better, which is supported by 47 percent of voters and opposed by 40 percent, per the Morning Consult/Politico poll. A mid-November survey pegged support for the package at 49 percent, with 38 percent of the electorate opposed.

Sen. Joe Manchin (D-W.Va.), meanwhile, has expressed reservations about the scope of the package and how it would impact inflation. Manchin has also reportedly identified specific provisions he’d like to see on the chopping block, including paid family and medical leave and the Medicare expansion to cover hearing benefits, both of which have majority backing from voters. 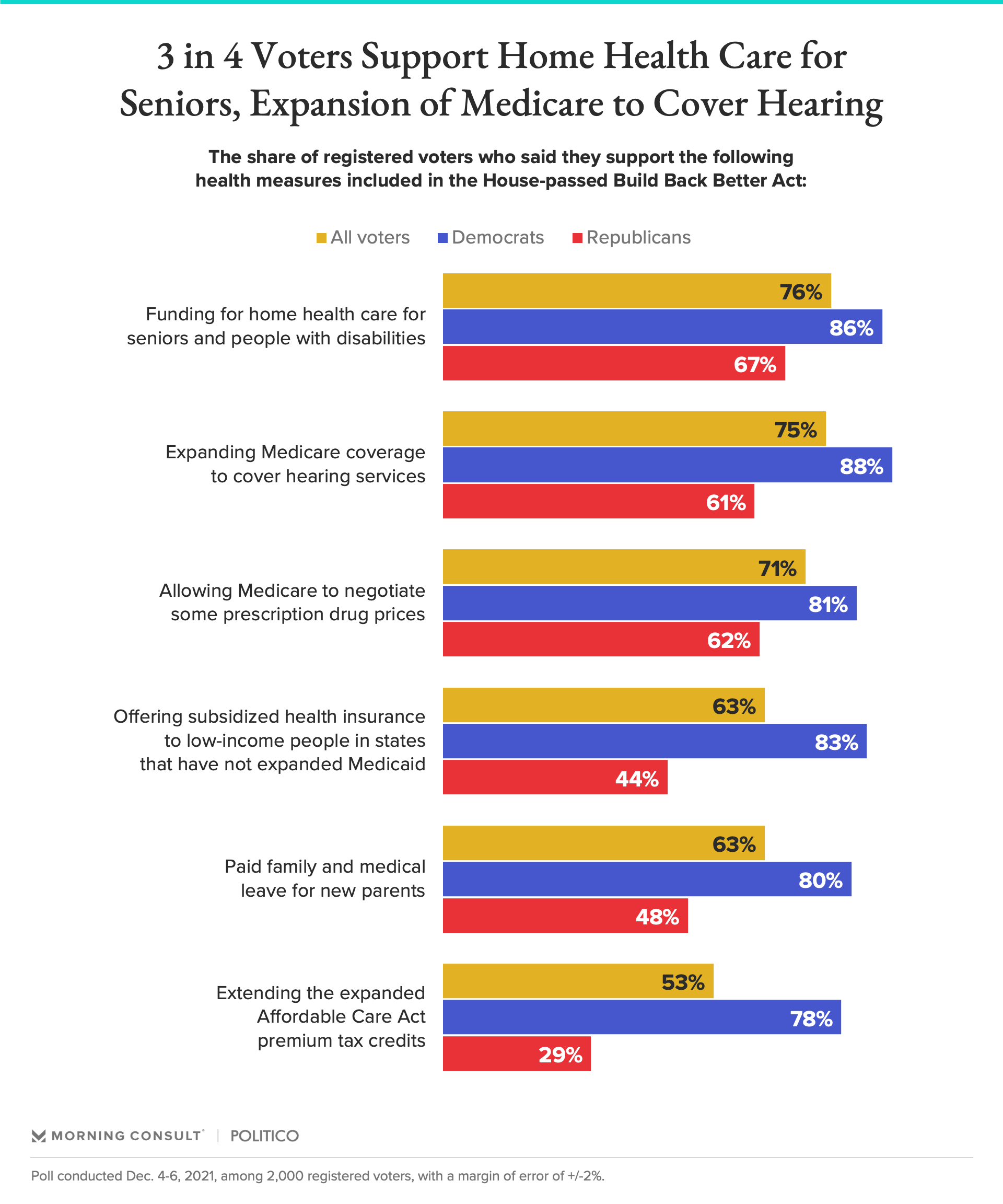