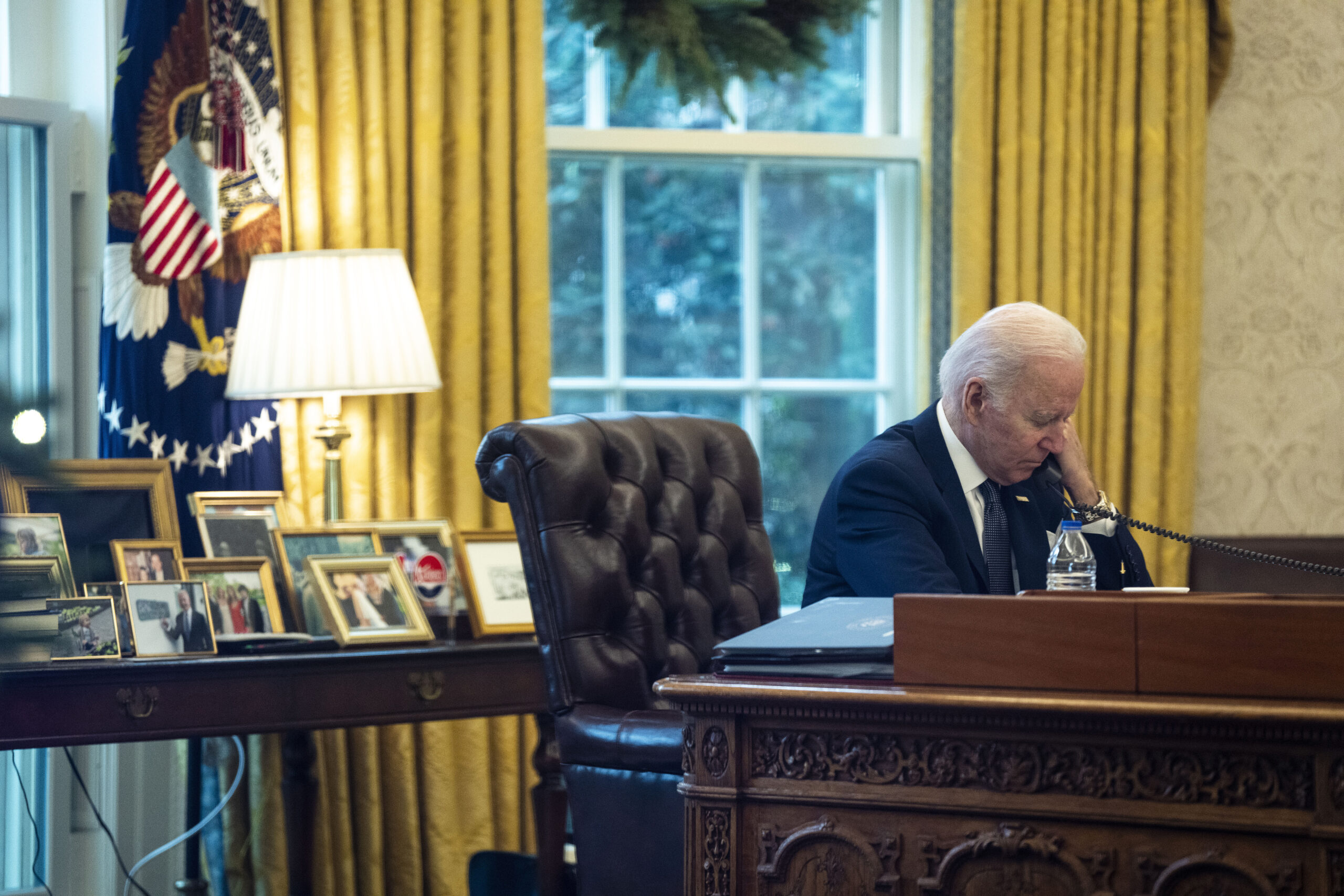 President Joe Biden talks on the phone with Ukrainian President Volodymyr Zelenskyy from the Oval Office on Thursday. A new poll shows Americans tend to favor diplomacy over increased sanctions or military intervention on the question of how to reduce the likelihood that Russia invades Ukraine. (Doug Mills-Pool/Getty Images)
By Matthew Kendrick

A plurality of U.S. adults say they would like to see the United States attempt to end the crisis in Ukraine by negotiating with Russia, according to a new Morning Consult poll. The results come as President Joe Biden is wrapping up a week of high-stakes diplomatic meetings with his Russian and Ukrainian counterparts, as well as European allies. 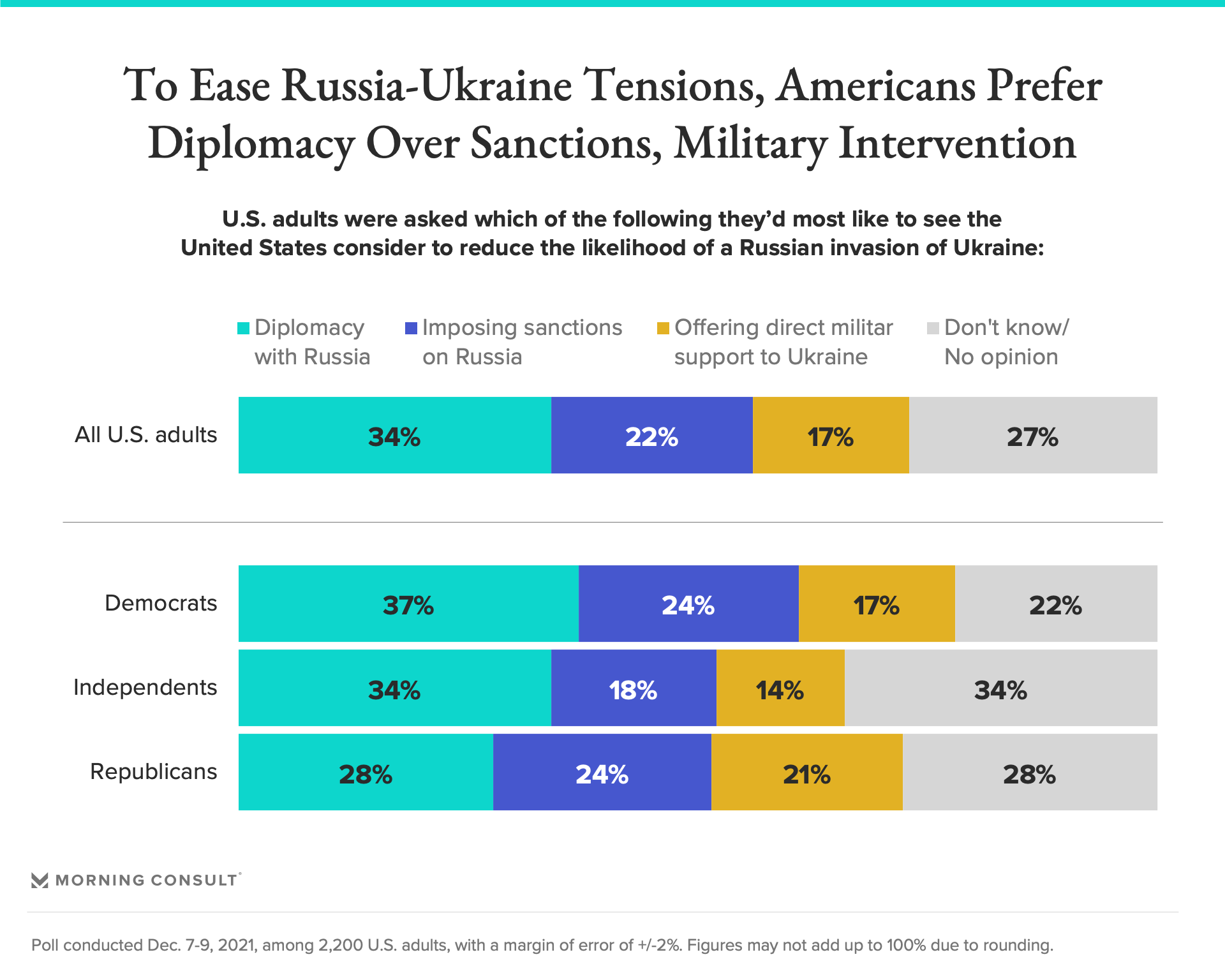 Americans’ preference for diplomatic efforts aligns with Biden’s approach thus far, and with his larger ambition to leverage coalitions to resolve problems on the international stage. It’s worth noting that a large share of the U.S. public (27 percent) said they were either unsure or had no opinion about which option on the table would prove most effective in reducing tensions between Ukraine and Russia.