Clinical Trials Are Slow and Expensive. Industry Leaders Want That to Change in 2022 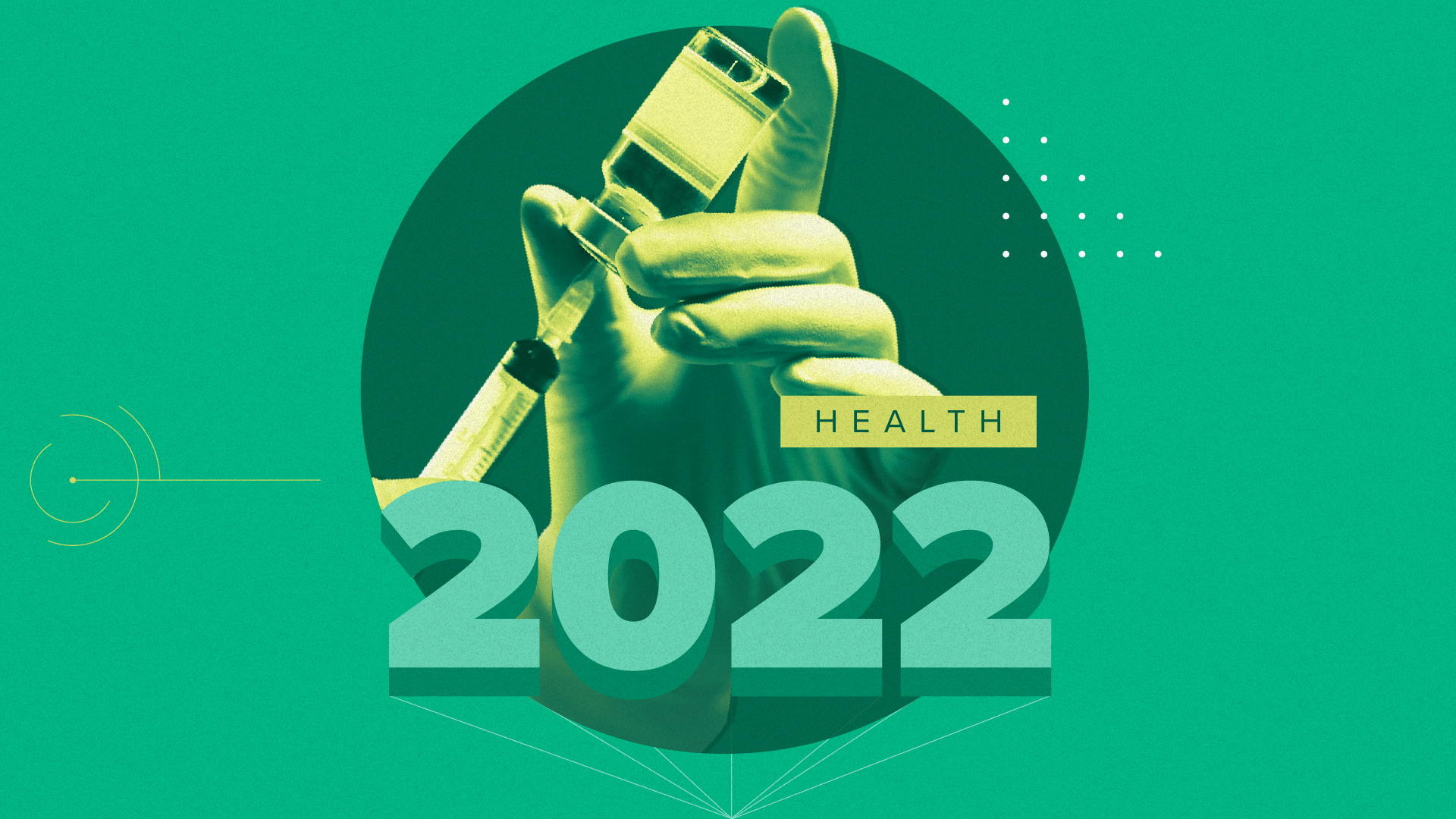 At any given moment, Takeda Pharmaceutical Co. Ltd., one of the biggest drugmakers in the world, has roughly 40 experimental drugs in its pipeline, testing everything from cancer treatments to Dengue and Zika vaccines across roughly 250 clinical trials. A senior executive said that this year, nearly all of these studies were done in the traditional way: “bulky,” “inefficient” and “expensive.”

That chapter is coming to a close. A year from now, 30 percent of Takeda’s newly launched studies are planned to have decentralized elements, meaning some visits will either be moved from medical centers to virtual settings or easier-to-reach trial sites, or the studies will involve remote monitoring technology, according to Dr. Andrew Plump, president of the drugmaker’s research and development arm. In three years, he said, Takeda aims to bring that to 100 percent.

“There’s a huge opportunity here to change how we do clinical trials,” Plump said. “The whole world is behind, relative to where we could be.”

Takeda isn’t alone in these efforts. Across the industry, a yearslong push to modernize the way companies test new drugs and medical products is coming to fruition. And in 2022, retail health clinics and health tech platforms are expected to play a major role as companies look to grant researchers more access to real-time data and make their trials, which typically see high drop-off rates and a lack of diversity, more convenient for participants.

The push to decentralize these studies isn’t new: John Reites, chief executive of health tech platform Thread, likens it to “a band that’s been touring for 10 years and just got signed.” But the COVID-19 pandemic accelerated the shift. In spring 2020, in-person visits to hospitals froze almost overnight and drugmakers were left scrambling to ensure their studies could continue.

“The pace of change because of COVID is at least going to be locked in place, if not accelerated even further,” said Dr. Amy Abernethy, who was the Food and Drug Administration’s No. 2 official until this spring, when she left to serve as president of the clinical research business at Verily Life Sciences, an Alphabet Inc. spinout that acquired the clinical trial management platform SignalPath in August.

“What we’re going to see is an increased expectation of full diversity in clinical trials, and that clinical trials are available for all,” she added, as well as the expectation that health tech companies will “show up well in solving some of these hard problems.”

About 4 in 5 Adults Say Clinical Trials Should Be Diverse, Easy to Participate In

The share of U.S. adults who said the following were “very” or “somewhat” important when it comes to clinical trials:

Public wants flexibility in trials, and some drug companies are responding

New Morning Consult polling indicates the American public is on board, with roughly 4 in 5 adults saying it’s important that trials are easy for participants to get to and that they’re diverse. Further, adults were more likely to say they would be interested in participating in a clinical trial if site visits were virtual or took place at retail clinics than if they were further than 30 minutes away or only took place at a hospital.

There’s an incentive for drug companies to make their trials more accessible, Plump said: “The better we can make the trial in the future, the more we learn from patients. And the more relevant the drug is for patients, the more likely we are to be reimbursed.”

He offered an example of this work already underway: Researchers are developing a treatment for cyclic vomiting syndrome, when people suffer from debilitating nausea and vomiting spells that can last for hours or days. Given these episodes are random — making them difficult to study in traditional trial settings — Takeda developed a fully virtual study that has participants report their symptoms on a more regular basis, uses smartwatches to collect body temperature and other metrics and can even send nurses to participants’ homes for evaluations.

Most trials, though, will likely use a combination of in-person and virtual visits, said Reites, whose tech platform helps companies manage and collect data for decentralized trials.

Some of those site visits could likely move from academic medical centers to local retail health clinics, said Greg Rotz, who leads PwC’s U.S. pharma and life sciences consultancy. CVS Health Corp., for one, has already launched a clinical trial business, with plans to use its analytics and local connections to recruit participants, conduct site visits and track experimental devices and drugs in “real-world settings.”

Other retail pharmacy chains may also soon expand into clinical trials, Rotz said, given they “have existing health capabilities,” like the ability to run diagnostic tests and offer other medical services. “It’s a natural pivot from their stated strategies.”

The share of U.S. adults who said they’d be “very” or “somewhat” interested in participating in a clinical trial under the following circumstances:

Private-sector funding may be flowing, with digital solutions for clinical trials bringing in record-high venture capital investment last year, but not all attempts to decentralize trials are winners. One example cited by the health tech investors at Rock Health: Pfizer Inc.’s failure in 2012 to attract 600 participants to a fully remote trial, a novel approach at the time, testing a drug for overactive bladders.

A decade later, recruitment isn’t the only challenge ahead. Abernethy highlighted data privacy and quality, patient safety and trust among trial participants as key considerations for companies weighing how to design new trials. As these firms look to leverage more real-world data, including from electronic health records, insurance claims, watch sensors and more, another core challenge will be ensuring that datasets are properly coordinated.

“How do we only intentionally collect exactly the data points we need to collect,” Abernethy said, “and leverage data that already exists somewhere else, whenever possible, so that we reduce the burden on the system, but we still answer questions with confidence?”

Policymakers are also looking to prod drug companies to modernize their approaches in 2022. Dr. Robert Califf, President Joe Biden’s pick to lead the FDA and the current head of clinical policy at Verily, has long pushed for improvements to the clinical trial system. The agency’s user fee agreement, which sets the drug industry’s priorities for the next five years, will also soon be reauthorized.

Congress, meanwhile, is mulling legislation that would look for ways to incentivize drugmakers to adopt decentralized trials, among other investments in clinical research. That bill follows up on the 21st Century Cures Act of 2016, which lead co-sponsor Rep. Fred Upton (R-Mich.) credits with setting the stage for rapid drug and vaccine development during the COVID-19 pandemic.

“The COVID vaccines beat all expectations because of what we did with 21st Century Cures,” Upton said. With the new legislation, “we’re hoping to capture that same excitement.”

U.S. adults were asked whether they support or oppose the creation of ARPA-H, a $6.5 billion agency to speed research for diseases like Alzheimer’s and cancer

The bill’s splashiest investment, though, would be to create the Advanced Research Projects Agency for Health, or ARPA-H, the $6.5 billion biomedical research agency that Biden proposed earlier this year. It would seek to speed the development of treatments and cures for diseases like Alzheimer’s and cancer through high-risk, high-reward projects.

The Morning Consult survey found that given that context, 3 in 5 U.S. adults support ARPA-H’s creation, including 76 percent of Democrats and a 42 percent plurality of Republicans. Another 28 percent of GOP adults said they oppose ARPA-H.

Upton said he expects the Cures 2.0 bill to eventually pass with bipartisan support, but acknowledged that with a crowded legislative agenda, it will be some time before Congress takes it up: “We’ve got a game plan to watch it move next year.”

Industry players said they welcome the legislative proposals, but they’re not waiting on lawmakers to overhaul their own efforts to modernize clinical research.

“The opportunities are immense, and hopefully we can do it sooner rather than later,” Plump said. “We know that we will, and hopefully the ecosystem will come along with us.”

Related: Voters Were Barraged With COVID-19 News This Year. Relief Bill, the Delta Variant and U.S. Death Toll Broke Through Most
Drugmakers Future of Health Care