Nearly half of baby boomers and half of Republicans say the U.S. government shouldn’t forgive student loan debt at all 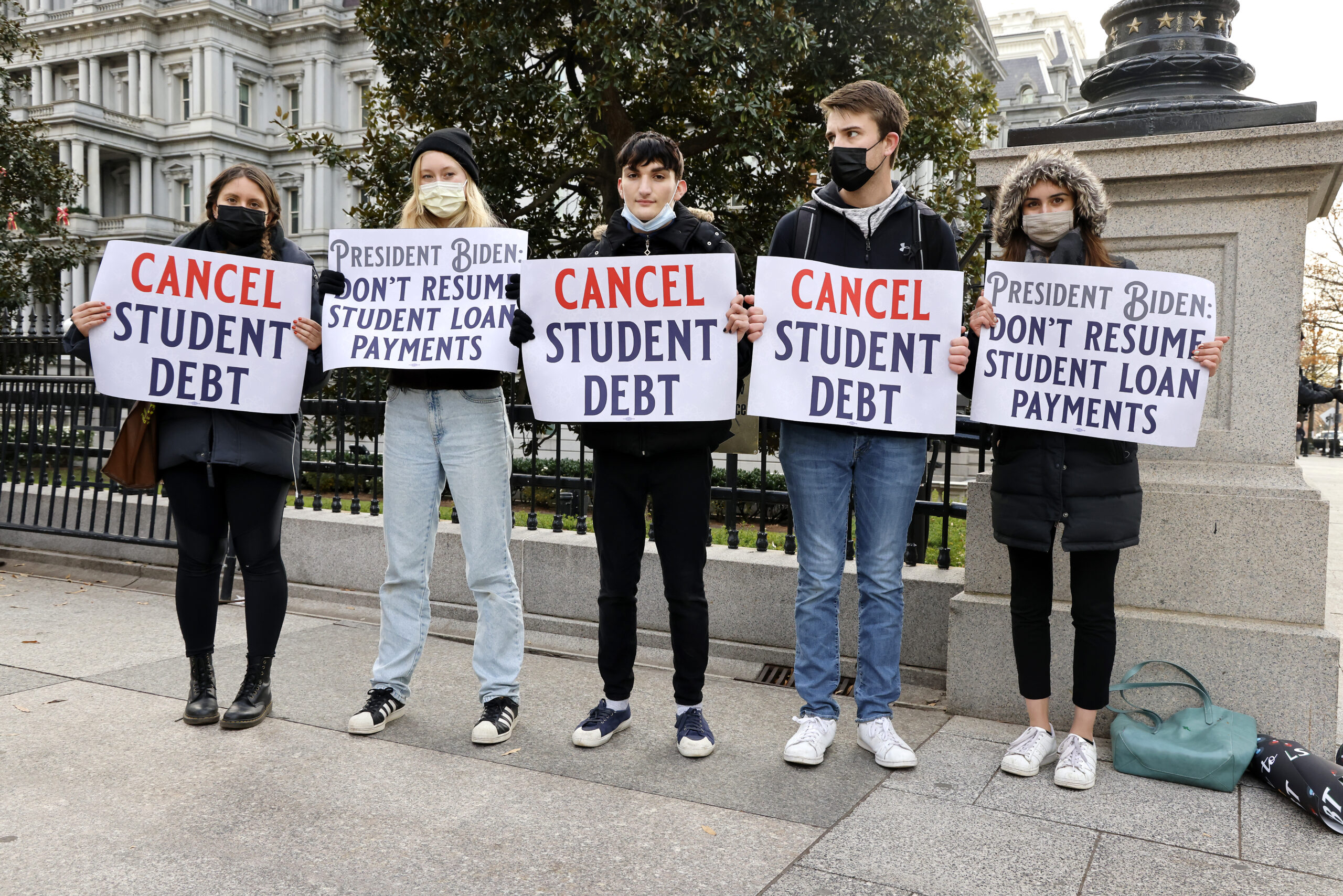 Activists gather at the White House on Dec. 15, 2021, to call on President Joe Biden to not resume student loan payments in February and to cancel student debt. A Morning Consult/Politico poll found that 19 percent of voters think the federal government should forgive all student loan debt for all Americans. (Paul Morigi/Getty Images)
By Claire Williams

After a nearly two-year break from paying student loans, borrowers could be required to resume payments on Feb. 1, when President Joe Biden was planning to lift the pause.

But student loan borrowers could get an early holiday surprise. Politico reported Tuesday that the Biden administration could extend the relief.

Among registered voters, a new Morning Consult/Politico poll shows dramatic generational and partisan splits over whether the federal government should enact some sort of student loan relief. 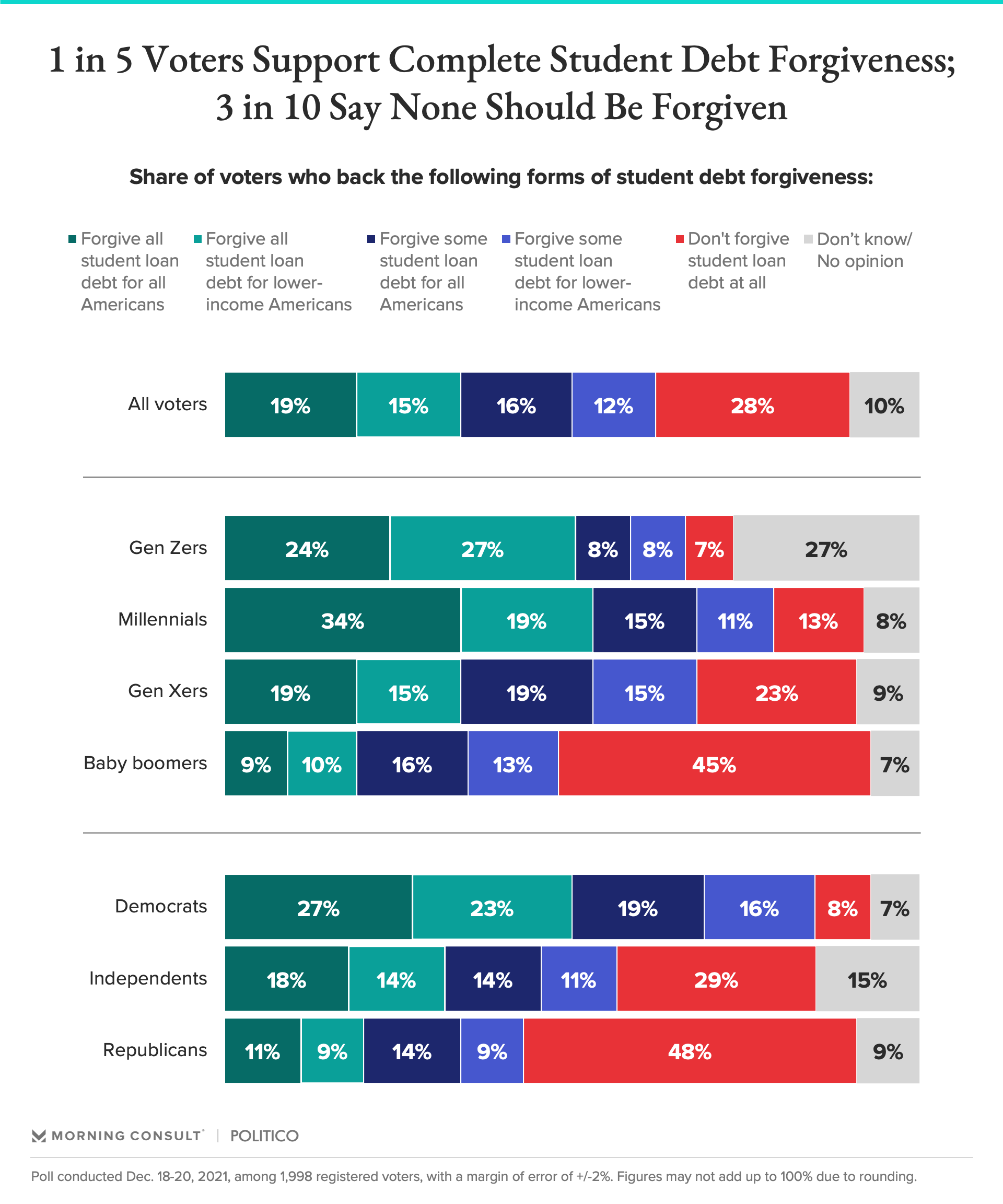