Public Concern Over Omicron May Have Peaked, Driven by Dip Among Unvaccinated 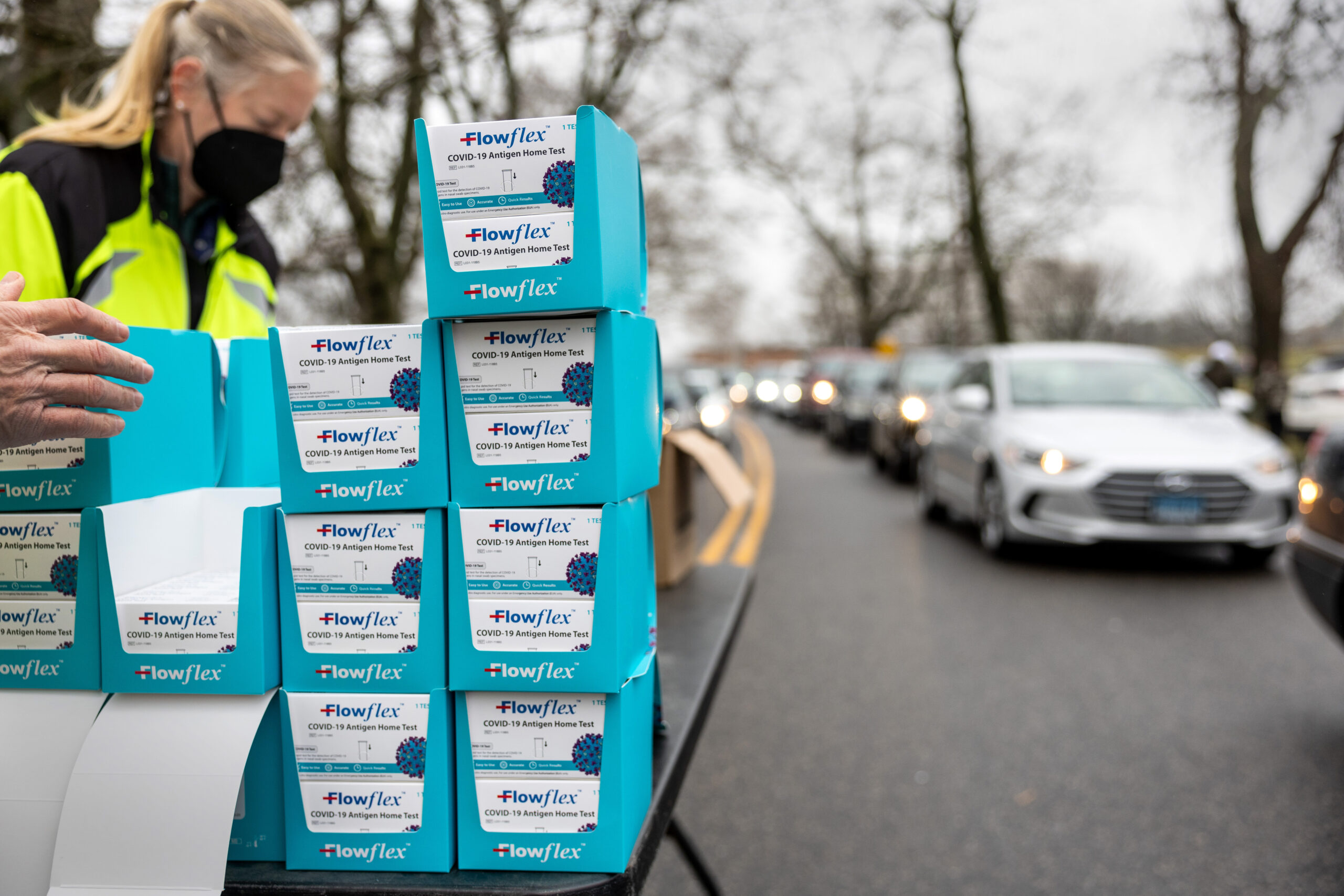 Residents line up at a drive-up distribution site to receive free at-home COVID-19 test kits on Jan. 02, 2022, in Stamford, Conn. The public’s fears over the omicron variant may have already peaked in the United States, new Morning Consult polling indicates. (John Moore/Getty Images)
By Gaby Galvin

The public’s fears over the omicron variant may have already peaked in the United States, new Morning Consult polling indicates. Concern has remained high among vaccinated adults since omicron was discovered in November, but it’s already beginning to fall among their unvaccinated peers.

About 7 in 10 Adults Are Concerned About Omicron Variant

Share of vaccinated and unvaccinated U.S. adults who say they are “very” or “somewhat” concerned about the omicron variant

What you need to know:

Related: Voters Were Barraged With COVID-19 News This Year. Relief Bill, the Delta Variant and U.S. Death Toll Broke Through Most