Republicans Are Even Less Confident in U.S. Elections Than They Were Before Jan. 6 Attack

Just 35% of Republicans trust the U.S. electoral system, down 8 points since before the melee at the Capitol 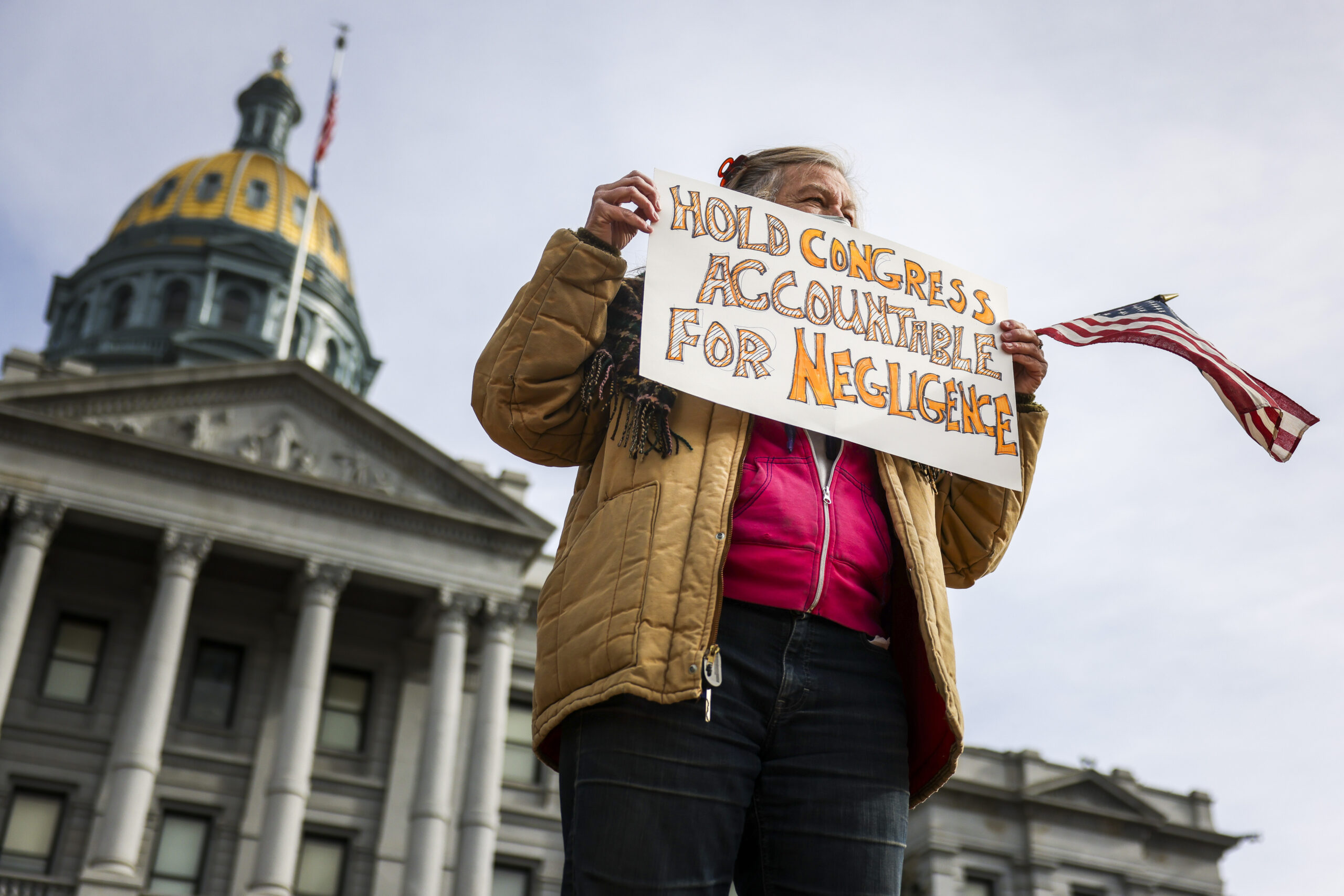 A woman protests the results of the election outside the Colorado State Capitol in Denver on Jan. 17, 2021. Morning Consult polling shows Republicans across the country have grown even less trusting of the U.S. electoral system over the course of last year. (Michael Ciaglo/Getty Images)
By Eli Yokley

A year after Jan. 6, even fewer Republicans across the United States say they trust the country’s electoral system than at the height of then-President Donald Trump’s pressure campaign aiming to overturn the results of the 2020 presidential election. That’s in accordance with polling that shows declining Republican trust in a range of American institutions, but it doesn’t appear to have dampened GOP voters’ enthusiasm for the coming midterm elections. 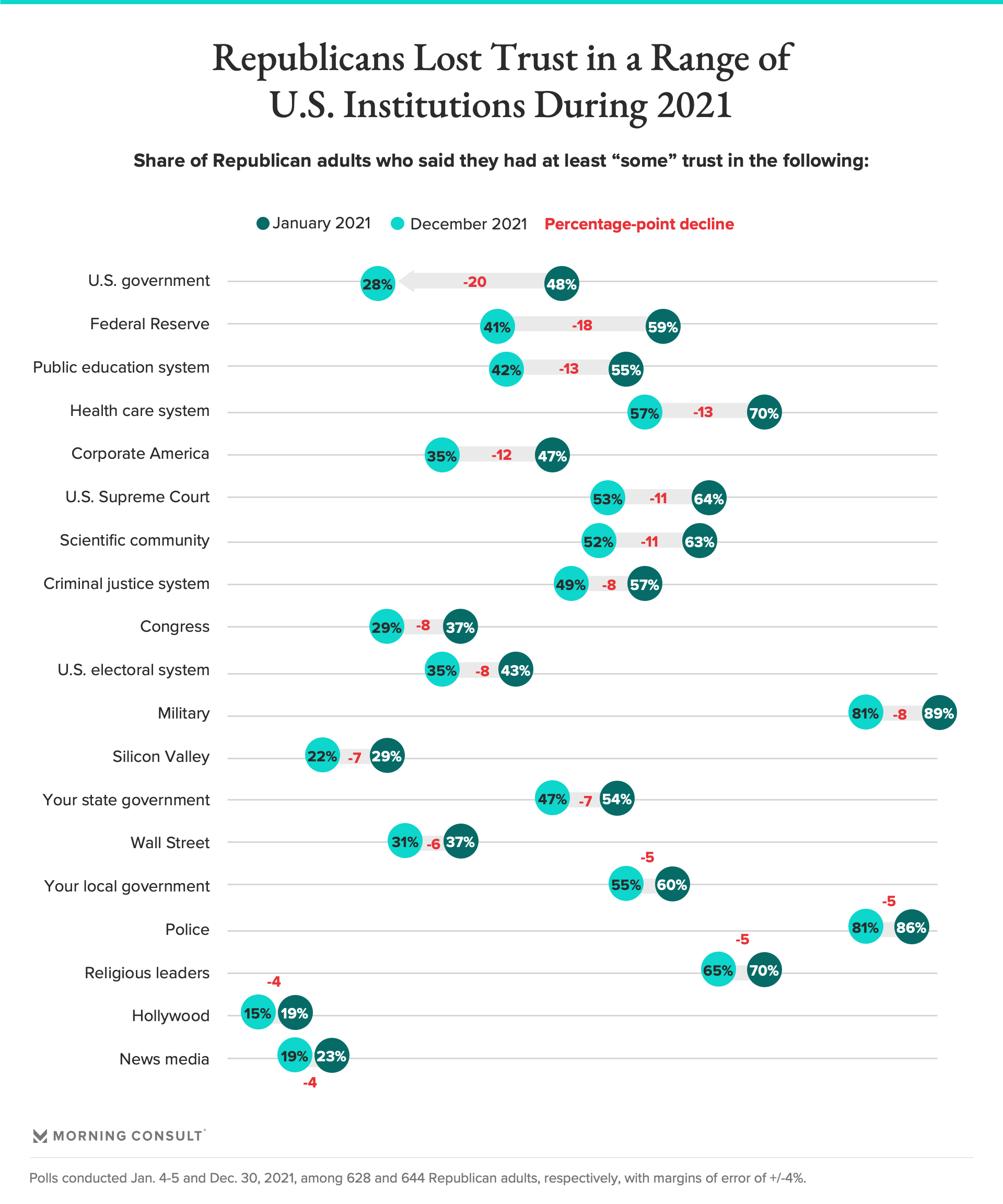 Republicans’ diminished institutional trust is mostly reflective of their opposition to Democrats’ control of Congress and the White House. On the other side of the aisle, for example, the share of Democrats who trust the federal government has gone from 43 percent to 60 percent over the past year, while roughly 3 in 5 trust the elections system — up from 44 percent in the survey before Biden’s victory.

The lack of trust in American elections among a wide swath of the GOP — stoked by the false claims about widespread irregularities pushed by Trump and other prominent Republicans — has raised the prospect that many GOP voters may disengage from the political process. But polling, as well as electoral results from November’s gubernatorial contests in New Jersey and Virginia, continue to show scant evidence that this is the case.

GOP Voters Are Slightly More Enthusiastic Than Democrats About the Midterms

Monthly averages of polls conducted on a weekly basis in 2021, among roughly 2,000 registered voters each, with margins of error of +/-3% to +/-5% for responses shown.

The latest institutional trust survey was conducted Dec. 30, 2021, among 2,201 U.S. adults, with a 4-point margin of error for responses among Republicans.