John Thune Is Seeking Re-Election in South Dakota. Here’s What Polling Says About His Primary Prospects

80% of GOP voters in South Dakota approve of Thune’s job performance, but only 30% do so strongly 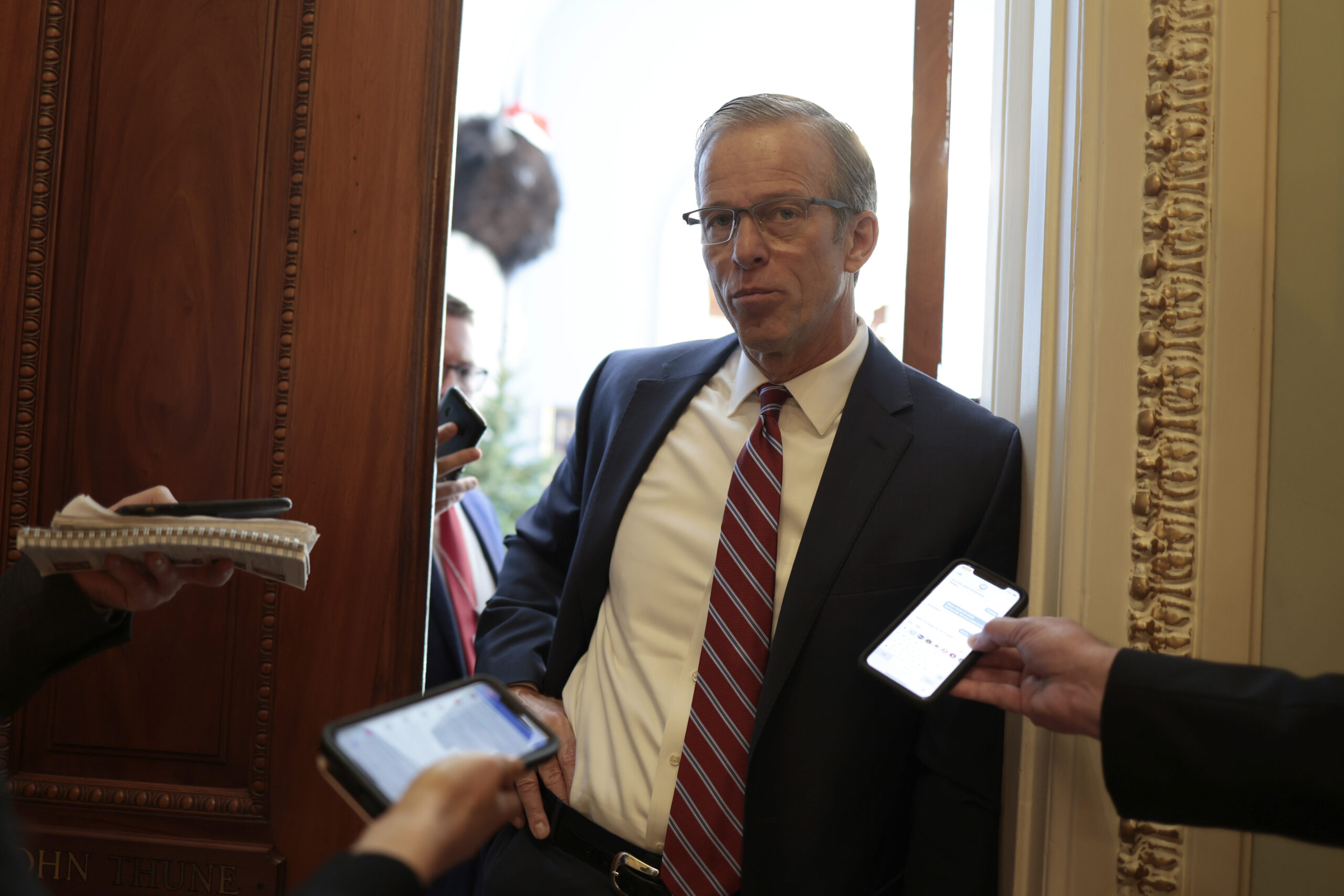 Sen. John Thune (R-S.D.) speaks with reporters outside his Capitol office on Jan. 4. The No. 2 Republican in the Senate has announced he will seek re-election this year. (Anna Moneymaker/Getty Images)
By Eli Yokley

After months of speculation, Senate Minority Whip John Thune on Saturday announced plans to seek re-election this year. As he kicks off his campaign, the senator’s overall job approval rating among South Dakota Republicans has recovered from a dip that followed Donald Trump’s attacks in 2020 and 2021, but most of that backing is tepid, leaving the former president an opening to meddle in the deeply red state’s primary – if he so chooses.

South Dakota Republican voters were asked whether they approve or disapprove of the job performance of Sen. John Thune (R-S.D.)

Early last year, Thune saw the largest drop in base backing of any Republican senator up for re-election in 2022 after his critique of House Republicans working to overturn President Joe Biden’s victory prompted Trump to publicly urge Gov. Kristi Noem (R-S.D.) to challenge him. Thune said the House Republican ploy “would go down like a shot dog,” to which Trump responded, “He will be primaried in 2022, political career over!!!”

Yet as the immediate sting of Trump’s loss dissipated and his attacks on Thune subsided in favor of statements calling for the ouster of the top Senate Republican, Mitch McConnell of Kentucky, sour feelings about the longtime South Dakota statesman appeared fleeting.

At this point, Thune — who is seen by many as the heir apparent to replace McConnell atop the conference when the Kentucky Republican retires — faces no prominent challenger for the GOP nomination this year, and one that could earn Trump’s backing may not materialize. But the past has proven the 45th president’s ability to sway at least a good chunk of South Dakota Republican voters, leaving that issue hanging over Thune’s head.

The latest surveys were conducted Oct. 1-Dec. 31, 2021, among 1,327 registered voters in South Dakota, with a margin of error of plus or minus 3 percentage points. Responses among Republicans have a 4-point margin of error.