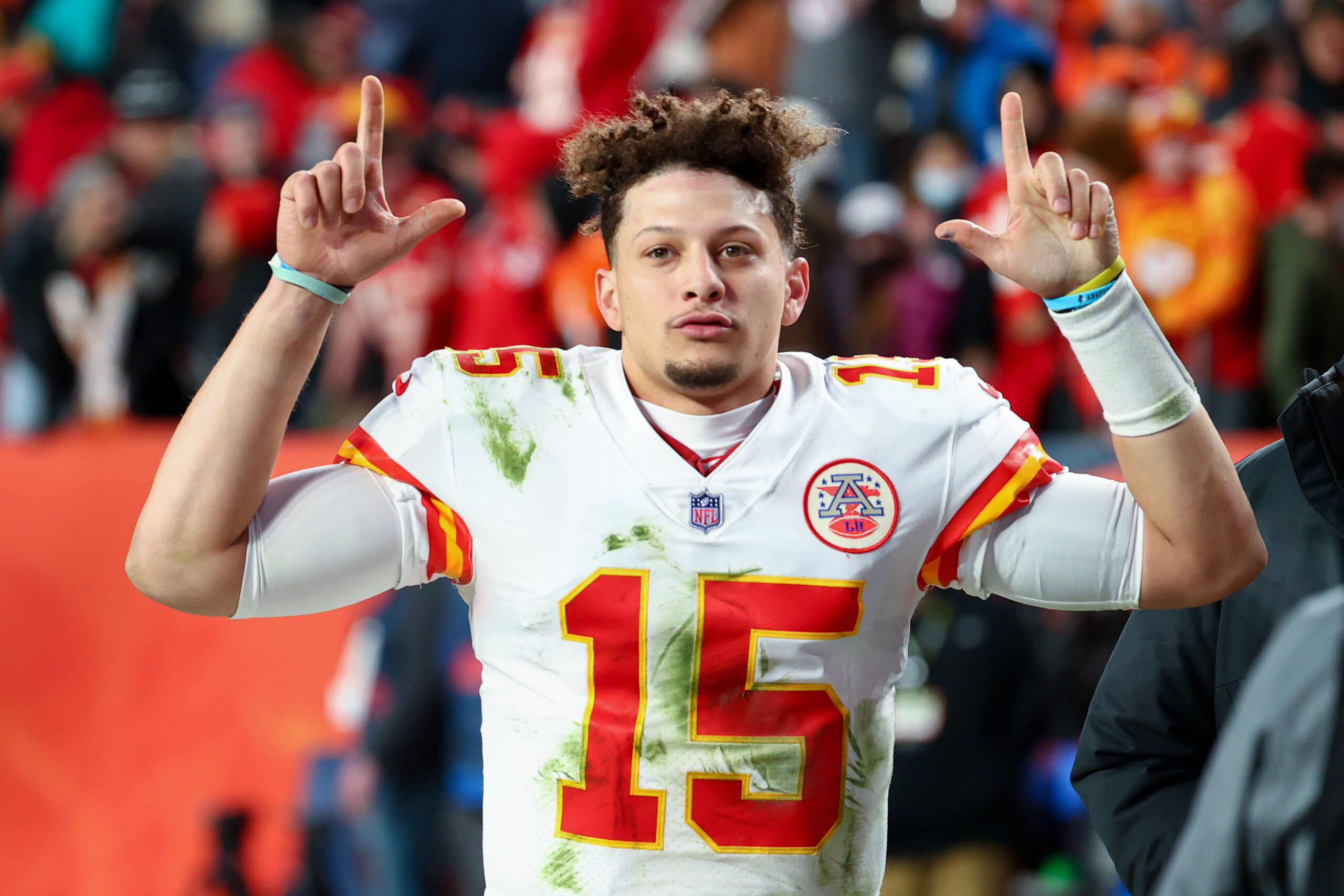 Patrick Mahomes of the Kansas City Chiefs leaves the field after defeating the Denver Broncos on Jan. 8, 2022 in Denver. The Chiefs quarterback is the NFL's most-liked skill-position player, according to new Morning Consult data. (Jamie Schwaberow/Getty Images)
By Alex Silverman 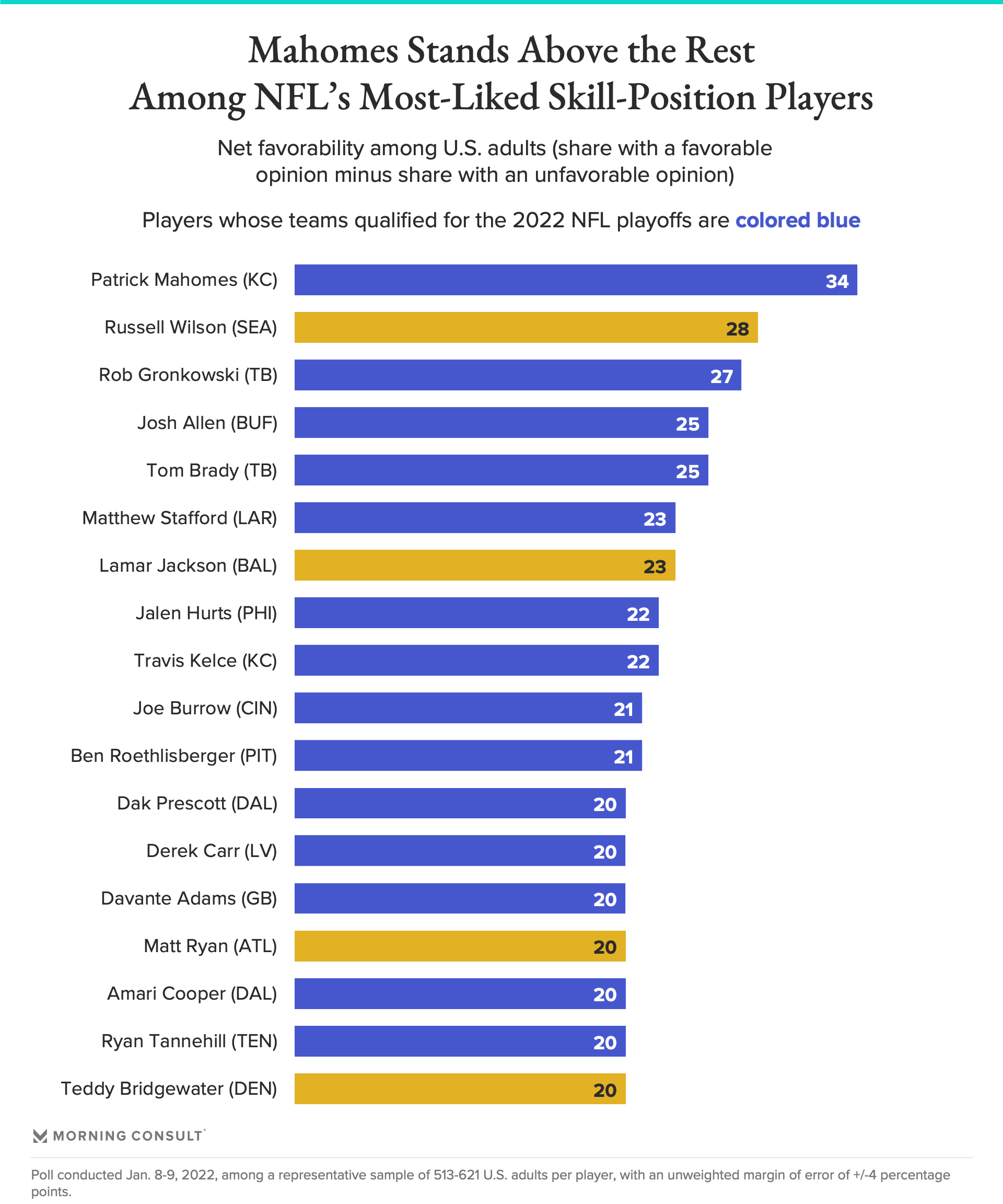 This year’s NFL playoffs will feature more of fans’ favorite players than last year’s postseason. Of the top 30 players on this year’s list, 23 play for teams whose teams earned a playoff berth, compared to 15 out of the top 30 last season. That’s more good news for a league that already saw viewership increase 10 percent during the regular season and was responsible for 75 of the top 100 most-watched TV programs of the last calendar year.

The latest NFL player favorability poll was conducted Jan. 8-9, 2022, among a representative sample of 513-621 U.S. adults per player, with an unweighted margin of error of plus or minus 4 percentage points.