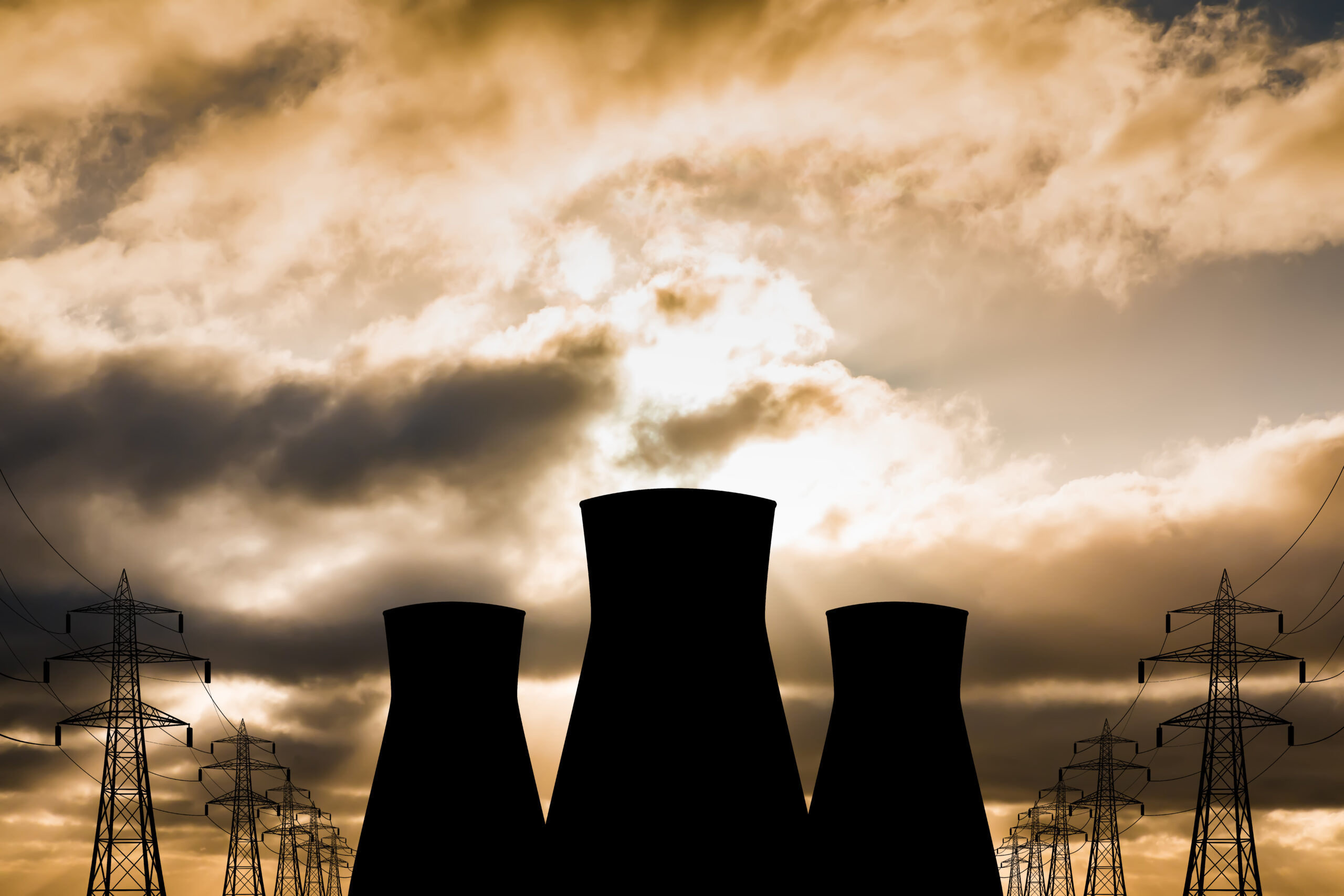 In an interview with Morning Consult, Oklo co-founders said they plan to re-submit a plan with the Nuclear Regulatory Commission to build an advanced nuclear reactor, a week after the NRC rejected the company's application. (Getty Images)
By Lisa Martine Jenkins

One week after the Nuclear Regulatory Commission denied Oklo Power LLC’s application to construct and operate one of the first advanced nuclear reactors in the United States, the nuclear developer said in an interview that it is already in talks with the agency about prompt resubmission and expects its operation timeline to stay roughly on track.

“It sounds like they’re ready to work with us,” co-founder and Chief Operating Officer Caroline Cochran told Morning Consult, referencing Oklo’s conversations with the NRC since the Jan. 6 decision. “The time we spent already doesn’t get lost and we don’t have to start at square zero.”

The agency’s decision, which both Cochran and Oklo co-founder and Chief Executive Officer Jacob DeWitte said came as a surprise, concerned the company’s application to build and operate its Aurora compact fast micro-reactor in Idaho, which is projected to produce 1.5 megawatts of electric power. The NRC determined that Oklo failed to provide sufficient information on topics such as “its description of Aurora’s potential accidents as well as its classification of safety systems and components.”

That information, the NRC said in its letter to Oklo, is needed for the agency to “establish a schedule and complete its technical review.”

Related: A New Frontier for Nuclear: Partnering With Utilities on Decommissioned Coal Sites

The delay caused by the application denial — issued “without prejudice,” meaning Oklo is welcome to reapply — is not anticipated to be a big one, in any case. The NRC confirmed to Morning Consult that it will provide Oklo with another review schedule after checking the updated application “to determine whether it’s complete enough to warrant the full technical review necessary for the agency to make a final licensing decision.”

DeWitte said that “even with the contingencies that we budget for the application, we don’t think this is going to be too major of a schedule setback.” The delay might set Oklo back by a few months in getting the license issued, “but in terms of first operations date, it’s not necessarily likely to be that noticeable.”

Oklo still plans to turn on Aurora’s operations by 2025, he added.

DeWitte said that Oklo is disappointed in the NRC’s communication process when it came to the denial, given that the company has been in close touch with the agency since submitting the application in March 2020. At Oklo’s last meeting with the NRC in November, he added, the agency signaled enthusiasm about both the topical reports and the general application review. However, this purported enthusiasm is contradicted by the NRC’s articulation of the information gaps in letters addressing both.

The NRC contends that the deficits were identified and communicated to Oklo several times in writing — in June 2020, November 2020 and August 2021 — as well as in public meetings over the course of the past nearly two years.

Cochran raised that some of the communication issues could be a function of the timing of this application vis-å-vis the coronavirus pandemic: The application was submitted March 11, 2020, mere days before the country went into lockdown.

“We were planning to have a lot of face-to-face interactions with them and have their engineers sit down with our engineers and just go through simulations and talk through the data and so forth,” Cochran said, noting that all the information instead had to be curated for how it could be best shared via Zoom. But now that vaccines are widespread, she said Oklo sees a pathway for holding subsequent meetings in person, and improving communication accordingly.

While the details of the Aurora application’s path through the NRC are specific to Oklo, the company is getting a glimpse of how fraught the nuclear regulatory landscape is more broadly. Another recent high-profile nuclear license, for Southern Company’s Vogtle plant in Georgia, took roughly four years to review, and its construction has been plagued with delays since the NRC gave it the green light. Vogtle’s units 3 and 4 are set to be the country’s first new nuclear units built in over 30 years.

Related: Solar and Wind Are the Public’s Most Favored Energy Sources

Aurora was the first advanced fission combined license application to be accepted for review and docketed by the NRC. The agency is in what it dubs “pre-application activities” with vendors of both advanced reactors and of small modular designs (like Oklo’s), and the agency is in the process of reviewing the construction permit application for a test version of a Kairos Power design.

So while DeWitte is optimistic about Oklo’s prospects in the short term, he is hopeful that the review process continues to evolve as nuclear does.

“I would love to see Congress move the NRC forward in terms of realizing and giving them more ability to leverage the benefit that nuclear affords in their reviews,” he said, pointing out the relative greenhouse gas emission savings of nuclear versus the alternatives in a quickly warming world. “If you don’t build this plant, what happens?”

The NRC is in the process of developing a new set of regulations aimed specifically at advanced reactors, with the proposed rule package due February 2023.