As the South’s March 9 presidential election approaches, differences in the two leading candidates’ approaches to North Korea provide a window into the next administration’s likely relations with China and the United States 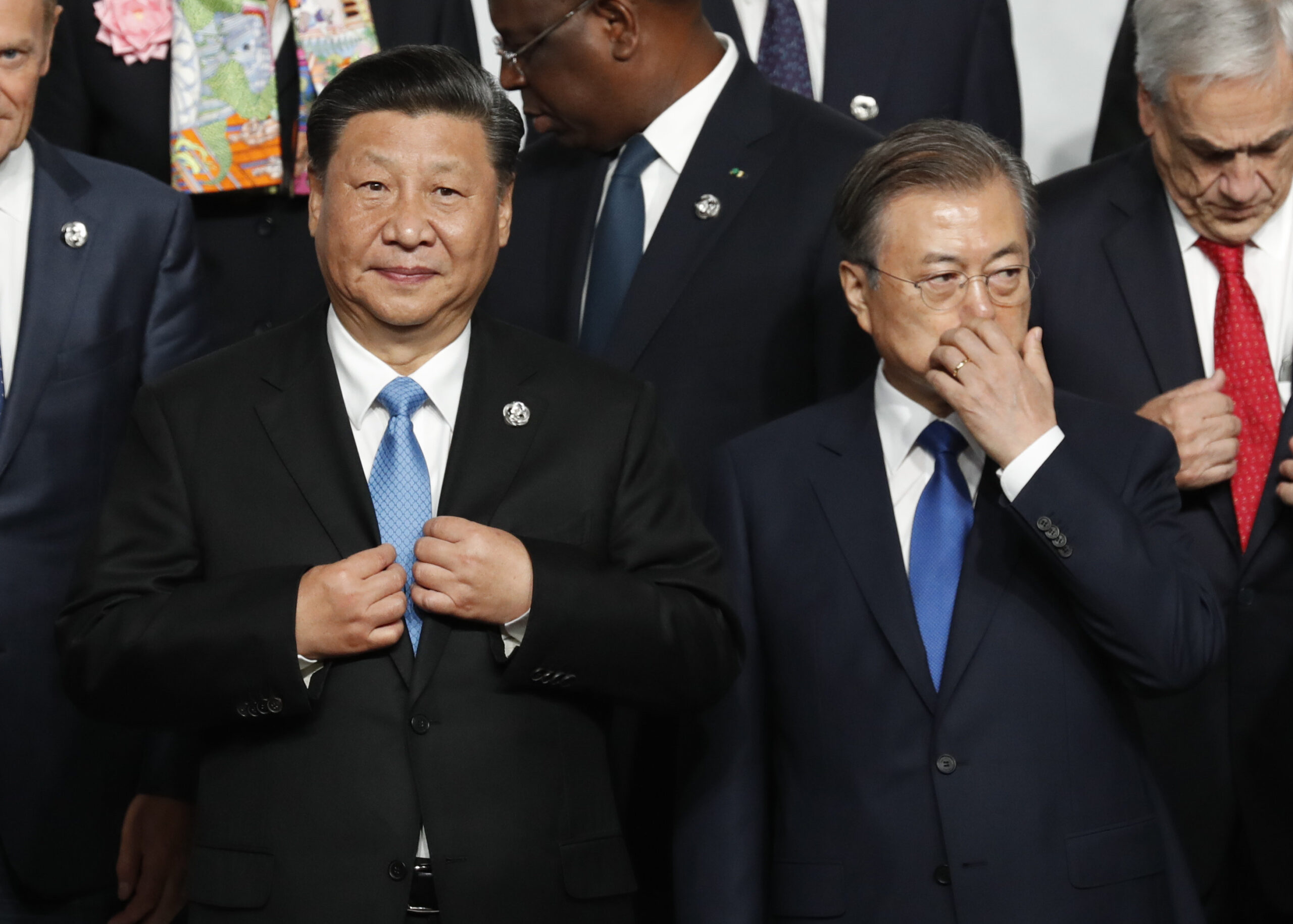 The dragon in the room

Washington’s attempt to reorient its foreign policy to manage China’s rise has been largely well-received by allies in Asia, with most welcoming President Joe Biden’s multilateral diplomatic efforts. That is, with the notable exception of South Korea, where President Moon Jae-in’s government has struggled to balance its relations with Washington and Beijing.

Data points reflect 7-day moving averages of a representative sample of at least 494 adults in South Korea, with unweighted margins of error of +/-2-4 percentage points.

While South Koreans have extremely negative views on China — with 85 percent expressing an unfavorable view of the country, according to Morning Consult polling conducted Jan. 6-12 — the country’s economic ties to China and the peninsula’s geographical vulnerability in the event of any conflict also make many averse to actions that may antagonize Beijing.

That has made it hard for the two main candidates to succeed Moon in March 9’s presidential election — Lee Jae-myung from the governing Democratic Party, and Yoon Seok-yeol of the conservative People Power Party — to craft an appealing message.

“Whatever they say on China, pro or against, it won’t be good for them,” said Jeongmin Kim, the Seoul-based lead correspondent for NK News, explaining that Lee and Yoon have so far avoided broaching any changes to the status quo between Seoul, Beijing and Washington.

Yet beneath the surface, the two candidates have strikingly different visions for Korea.

Pyongyang’s missile tests over the past week forced the pair “to show their true colors,” said Victor Cha, the Korea chair at the Center for Strategic and International Studies.

“The Lee camp’s primary foreign policy goal is to reconcile with North Korea, and they see China as a critical player in achieving it, so they’re less willing to push back,” he explained. “The conservatives believe that Korea has been most successful in its 1,000-year history over the past 70 years, when it has been allied to the United States.”

Related: Biden Says America Is Back. 2022 Will Put That Premise to the Test

At a Jan. 11 press conference, a question from NK News’s Kim led Yoon, the opposition candidate, to indicate he would pre-emptively strike the North in the event of an imminent attack if he were president. Lee, in turn, used Yoon’s comments to paint him as a warmonger, and advocated for greater engagement to dissuade Pyongyang from further provocations.

Moon, who is term-limited in office, has pursued a similar tack since he became president in 2017, seeking an official end-of-war declaration to which South Korea’s left wing has long aspired, and which was invigorated by former President Donald Trump’s brief flirtation with normalized relations with Pyongyang.

The conservative Yoon sees an end-of-war declaration as a subject to negotiate with Pyongyang, not something to be used to bring Kim Jong Un’s government to the table, a view more in line with that of the Biden administration.

Yoon is also pushing for something policymakers in Washington have long dreamed of: South Korean reconciliation with Japan.

“Trilateral cooperation is the best way to deal with China and North Korea,” Cha said. But Japan’s history of colonization, forced labor and sexual slavery inflicted on Korea have created wounds often too raw to overcome. Lee supports the Moon administration’s dual-track strategy of seeking compensation and apologies for past wrongs while otherwise cooperating.

Yoon, meanwhile, has cleverly used references to liberal icon Kim Dae-jung — sometimes called Korea’s Nelson Mandela — and his 1998 efforts to heal relations with Tokyo to pull in voters from the left, while emphasizing to his conservative base that it is time to move on, Kim said.

A good-faith effort to mend fences with Tokyo would signal support for American multilateral efforts in Asia more broadly.

“Yoon wants to be part of Biden’s coalition of democracies to push back against Chinese coercion, because there’s no way any country can deal with China on its own,” Cha said.

Even if Yoon can reverse a recent slide in the polls to take the Blue House, South Korea’s  legislature will remain in the hands of the opposition until legislative elections in 2024, at the earliest. While the country’s executive is powerful and the president could unilaterally end efforts to seek an end-of-war agreement with North Korea, the legislature controls the purse and could inflict serious political pain on the administration.

Lee cannot ignore the extent to which China is disliked among South Koreans, and Scott A. Snyder, senior fellow for Korea studies and director at the Council on Foreign Relations, said he risks backlash if he gives too much away to Beijing.

But that also doesn’t mean Yoon could play strict hardball with Beijing.

“If he were to incur tangible risks of Chinese retaliation, that’s where South Korean public support would go soft,” Snyder said.

In the end, “both of the candidates will have to persuade Washington if they want to accomplish their major goals,” anyway, added Kim. “And I’m pretty sure China wouldn’t like any of the ideas Washington will approve.”

Related: America Is Experiencing a Biden Bump Abroad, but It’s What Allies Fear That Matters Most
Asia Asian Security Relations