The U.N. has appealed for $5 billion in aid to fight starvation and disease in Afghanistan, but nearly two-thirds of U.S. voters oppose sending money given it could end up in the hands of the Taliban 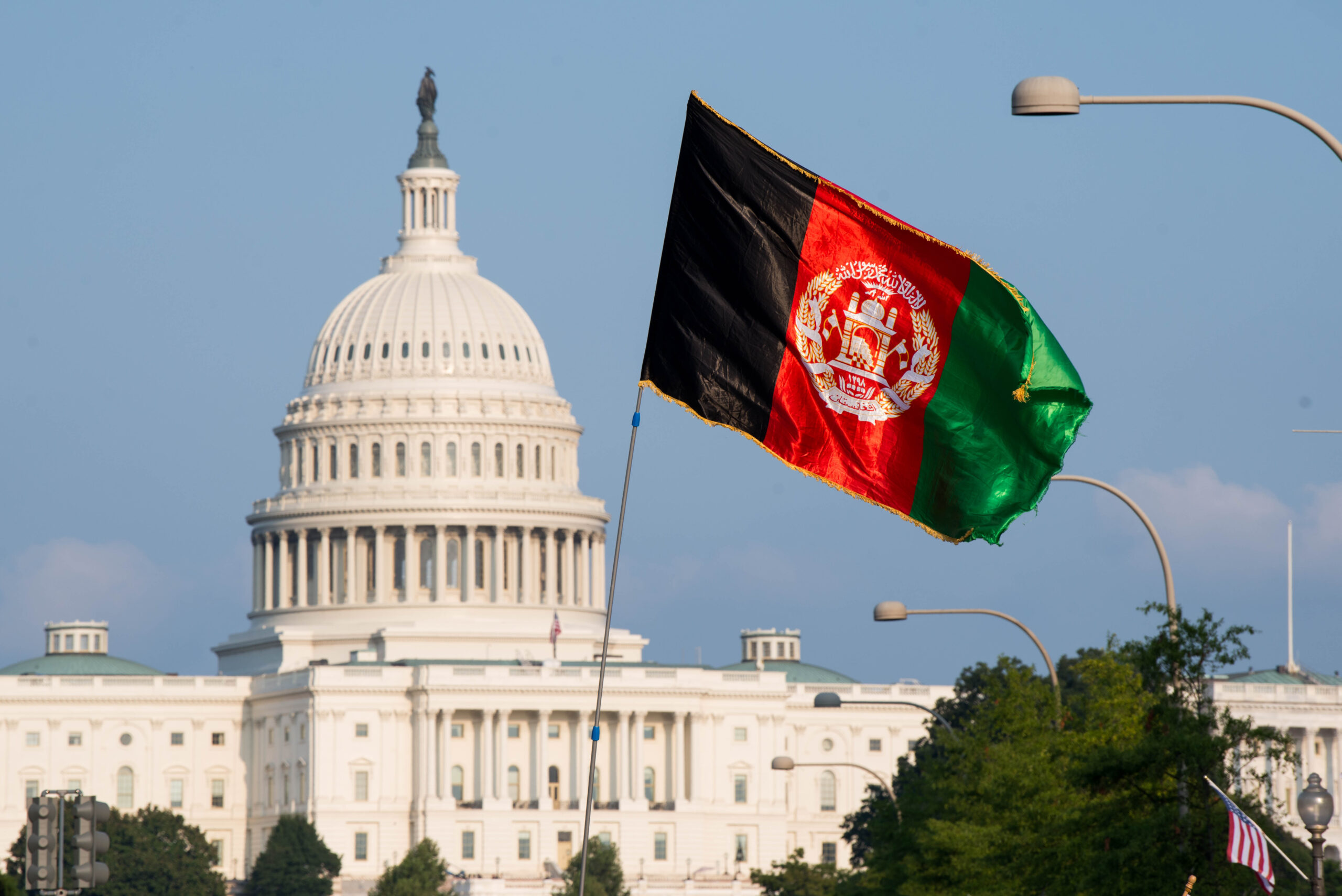 An Afghan flag is waved in front of the U.S. Capitol in Washington, D.C., in August 2021, during protests over the United States withdrawal from Kabul. (Liz Lynch/Getty Images)
By Matthew Kendrick

The United Nations has organized its largest ever aid appeal, which aims to raise $5 billion to support Afghans left without shelter, medicine and food after the collapse of government services since the American withdrawal from Afghanistan in August. But American voters won’t be happy to see aid coming from Washington, according to new polling from Morning Consult and Politico, due to the chance it could end up in the hands of the Taliban.

U.S. Voters Oppose Humanitarian Aid to Afghanistan by More Than 3-to-1 Margin

Voters were asked whether financial aid should be provided to the citizens of Afghanistan, given that it could go to the Taliban

The chaos at Kabul’s airport during the final stages of America’s withdrawal from its longest war has since crippled Afghan society, with basic services ceasing to function and the economy grinding to a halt under Taliban rule.

With famine lurking around the corner and some of the lowest COVID-19 vaccination rates in the world, the lives of tens of millions of ordinary people now hang in the balance. In response, the United Nations proposed mechanisms in a Dec. 22 Security Council resolution to deliver billions of dollars in aid into Afghanistan without enriching Taliban leaders. Its officials have stressed that Afghanistan’s crises could only snowball if left unaddressed, saying “next year we’ll be asking for $10 billion.”

But the plight of the Afghans has so far led to a mixed reaction from the world’s biggest economy. While President Joe Biden’s administration pledged $308 million in humanitarian aid to Afghanistan last week, other efforts have foundered. A group of mostly Democratic lawmakers in the House last month urged Treasury Secretary Janet Yellen to unfreeze the Afghan Central Bank’s $9.4 billion in assets – to send money to Afghans without dipping into U.S. taxpayer pockets — but the administration has so far held that as contingent on the Taliban’s arrangement of an “inclusive” government.

Related: Biden Says America Is Back. 2022 Will Put That Premise to the Test
International Aid Middle East

A daily briefing on the trends and developments where business, politics and economics intersect around the world.