Most Voters of All Parties Support Congressional Stock Trading Restrictions

More than 3 in 5 voters back a ban on stock trading for lawmakers, including 69% of Democrats and 58% of Republicans 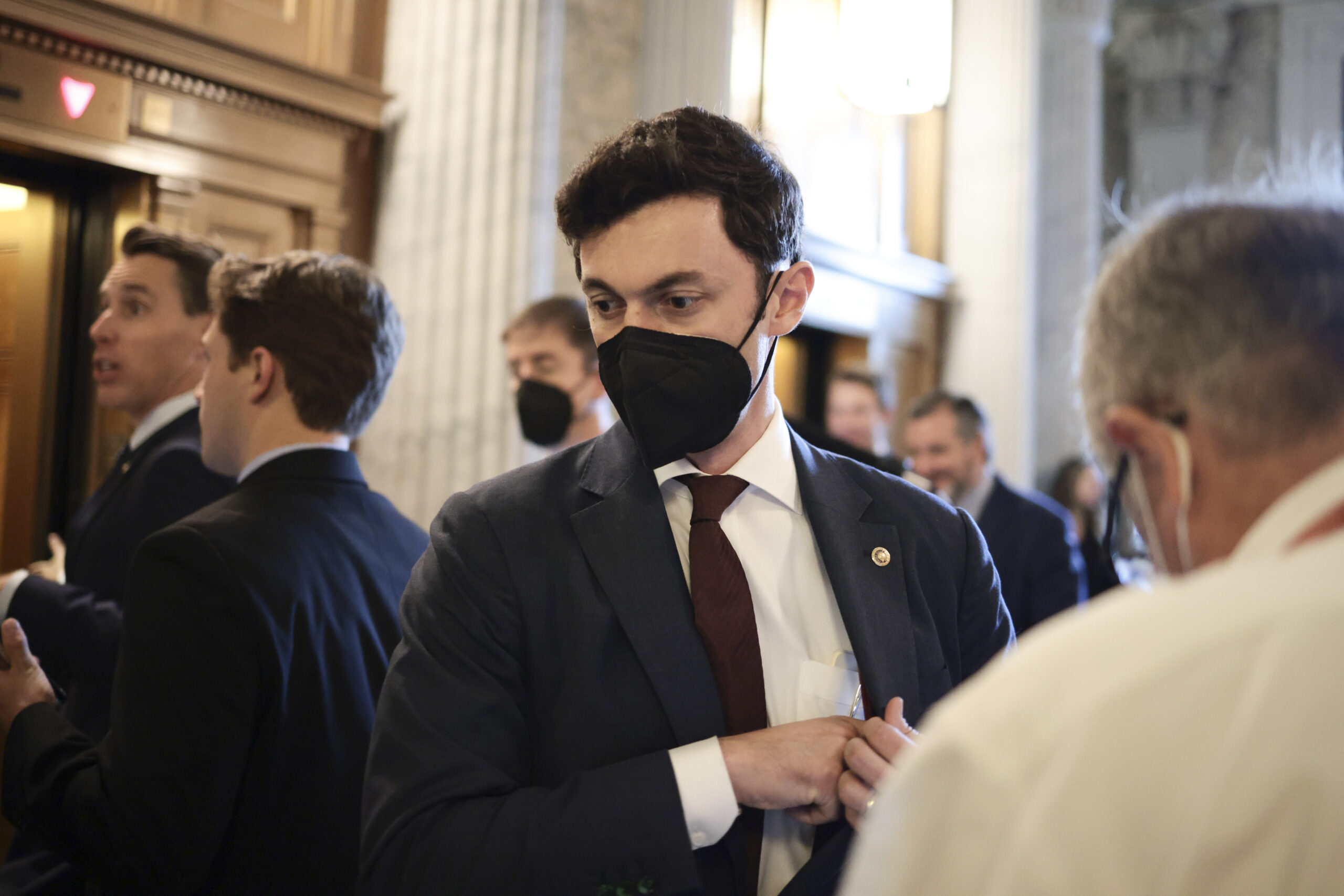 Sen. Jon Ossoff (D-Ga.), pictured at the U.S. Capitol Building on Oct. 6, 2021, introduced legislation that would require lawmakers, their spouses and their dependent children to put individual stocks in a blind trust. A Morning Consult/Politico poll found that 63 percent of voters support a ban on members of Congress from stock trading. (Anna Moneymaker/Getty Images)
By Claire Williams

Amid growing scrutiny of trading activity among various public officials, several lawmakers have proposed legislation that would bar their colleagues from trading individual stocks – an idea supported by a majority of voters across political parties, according to a new Morning Consult/Politico poll. 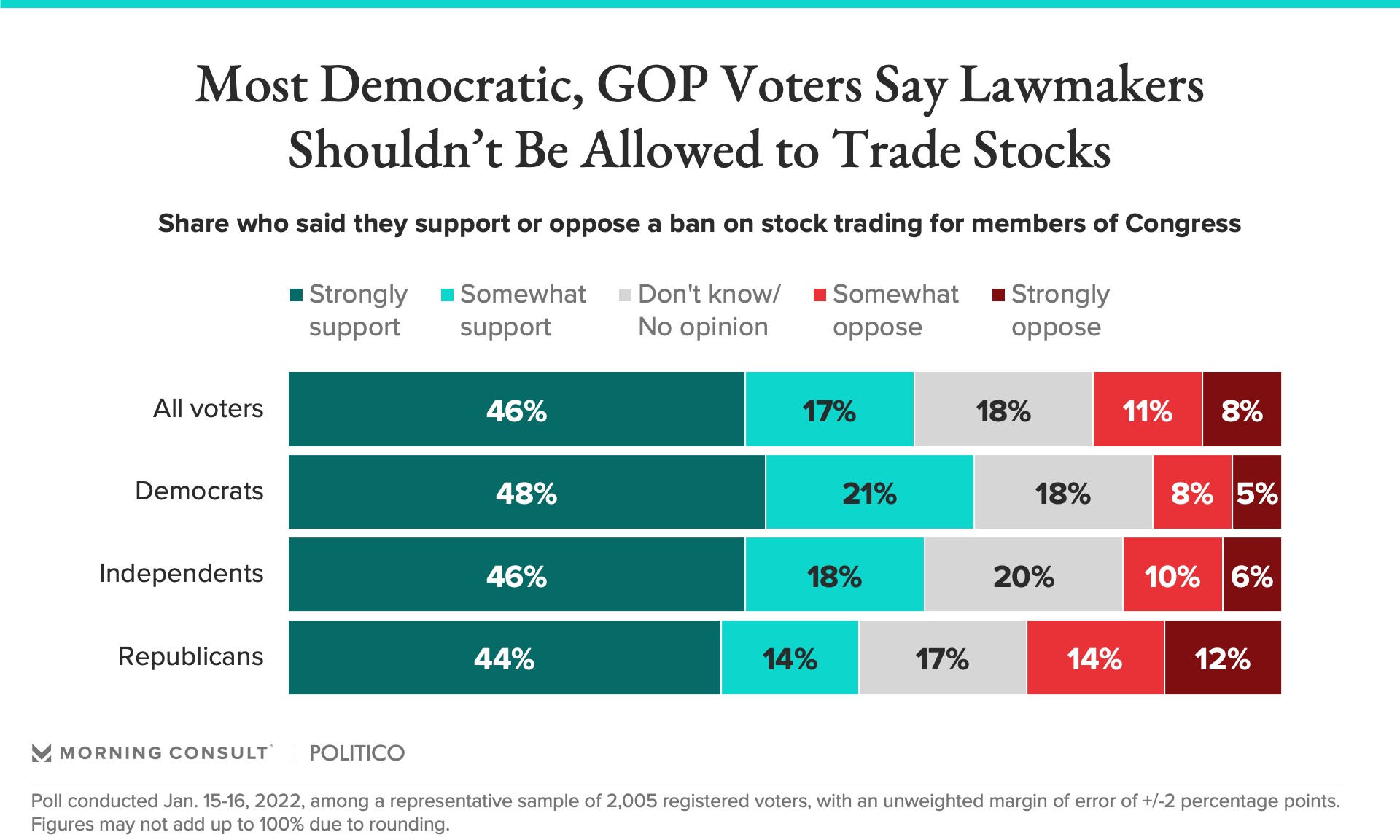 The Jan. 15-16, 2022, poll was conducted among a representative sample of 2,005 registered voters, with an unweighted margin of error of +/-2 percentage points.

Related: Economists Say 2022 Is the Year of Inflation. Can the Public and Policymakers Get on the Same Page?
Congressional Politics Financial Regulation