Biden Has Pinned Inflation on Large Businesses, and Over Half of Voters Seem to Agree 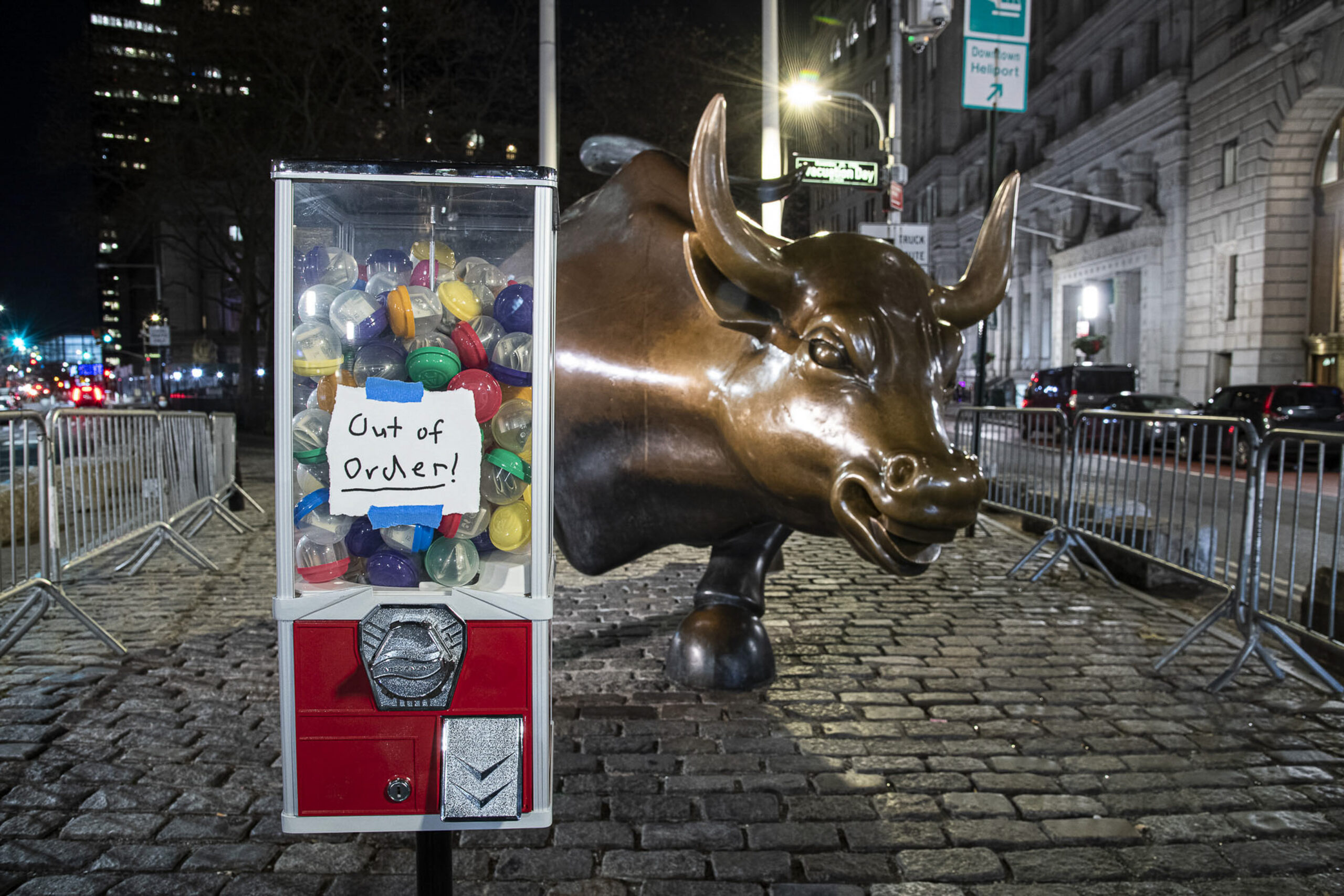 Artist Nelson Saiers installs his latest "Cheap Money No. 2" sculpture at “The Wall Street Bull” in response to the U.S. Federal Reserve's actions and inflation on Dec. 07, 2021, in New York City. Fifty-four percent of voters said that little competition among some large companies is to blame for inflation, according to a new Morning Consult/Politico poll. (Eugene Gologursky/Getty Images for Nelson Saiers)
By Claire Williams

New Morning Consult and Politico polling shows that most voters appear to agree with both of these arguments. 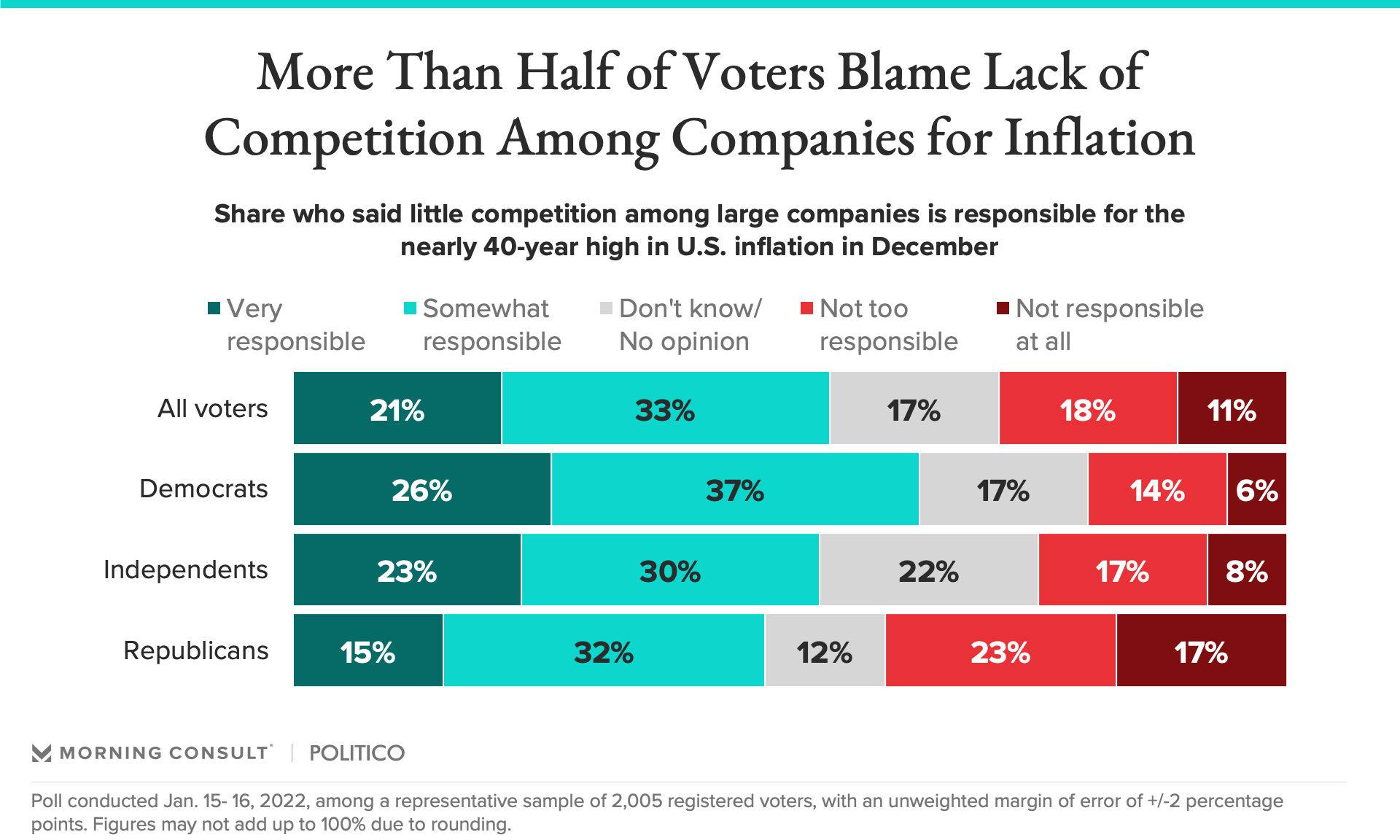 For months, Biden has battled the perception of inflation and his administration’s role in it. The poll was conducted as “I did that!” stickers — which show the president pointing toward everything from gas prices to empty grocery store shelves — continued showing up across the country and as rhetoric about rising inflation continued to dominate news cycles.

In response to questions about the new Morning Consult/Politico data, a White House official said that the country needs “an economy that has the capacity to generate more growth, more jobs and more opportunity for all Americans. That’s why we’re going to keep doing everything we can to, one, unstick the bottlenecks that are keeping goods from getting to consumers; two, build better infrastructure so that we can get parts and goods to factory floors quicker and cheaper; three, bring more of that production back here to the United States.”

Within the administration, there’s been some debate about how to present the inflation issue to the public. A source familiar with the matter confirmed earlier reporting from The Washington Post, showing that some Treasury Department officials are skeptical about the move to blame large companies and a lack of competition for rising prices, saying the administration should instead focus on reducing prices via easing up on tariffs. 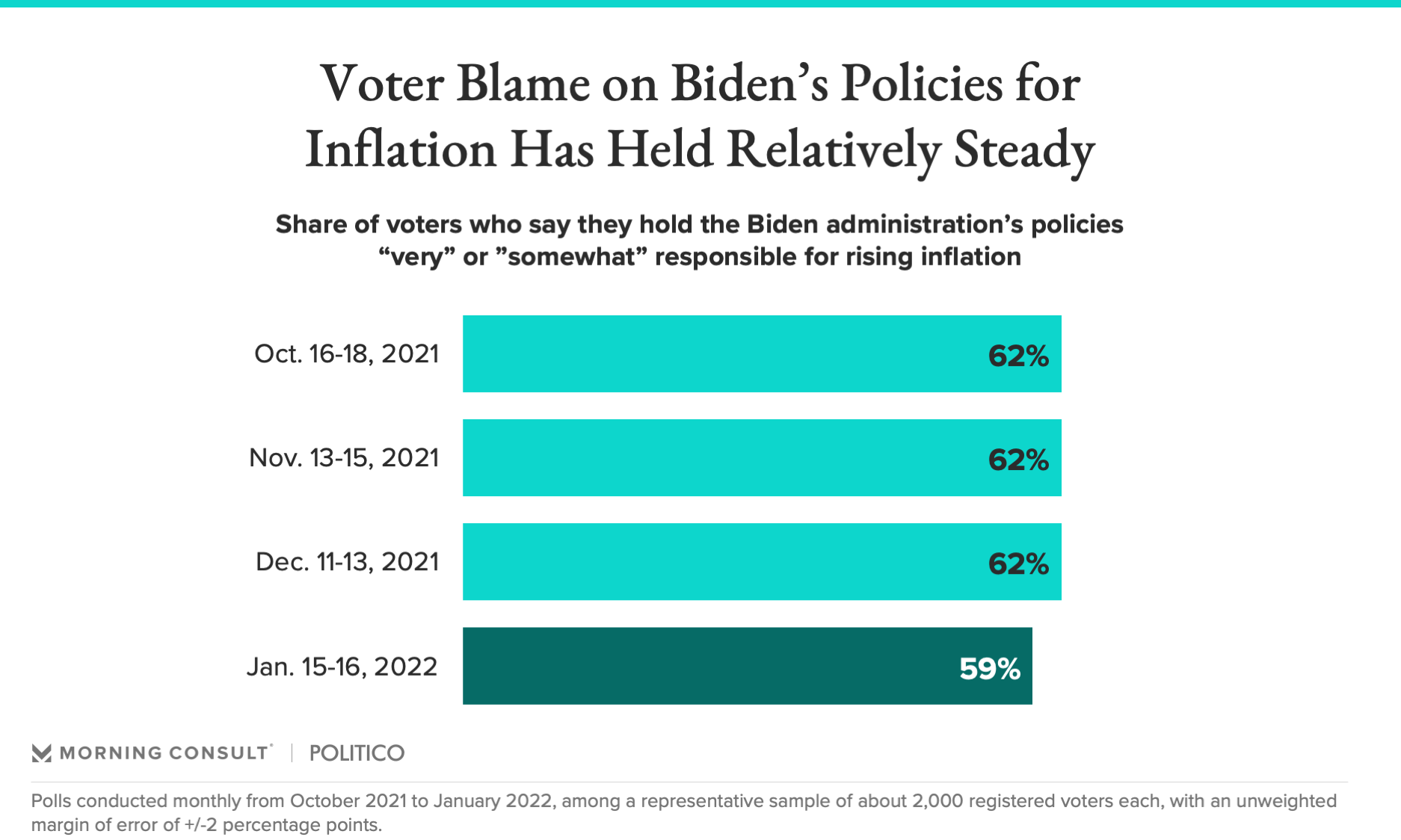 The Jan. 15-16, 2022, poll was conducted among a representative sample of 2,005 registered voters, with an unweighted margin of error of +/-2 percentage points.

Related: Economists Say 2022 Is the Year of Inflation. Can the Public and Policymakers Get on the Same Page?
Inflation Joe Biden Voting