Are Influencers the Answer to Netflix’s Gaming Conundrum?

Marketers and analysts say that as the Netflix brand expands into new areas, including video games, connecting with early adopters will be key to consumer education 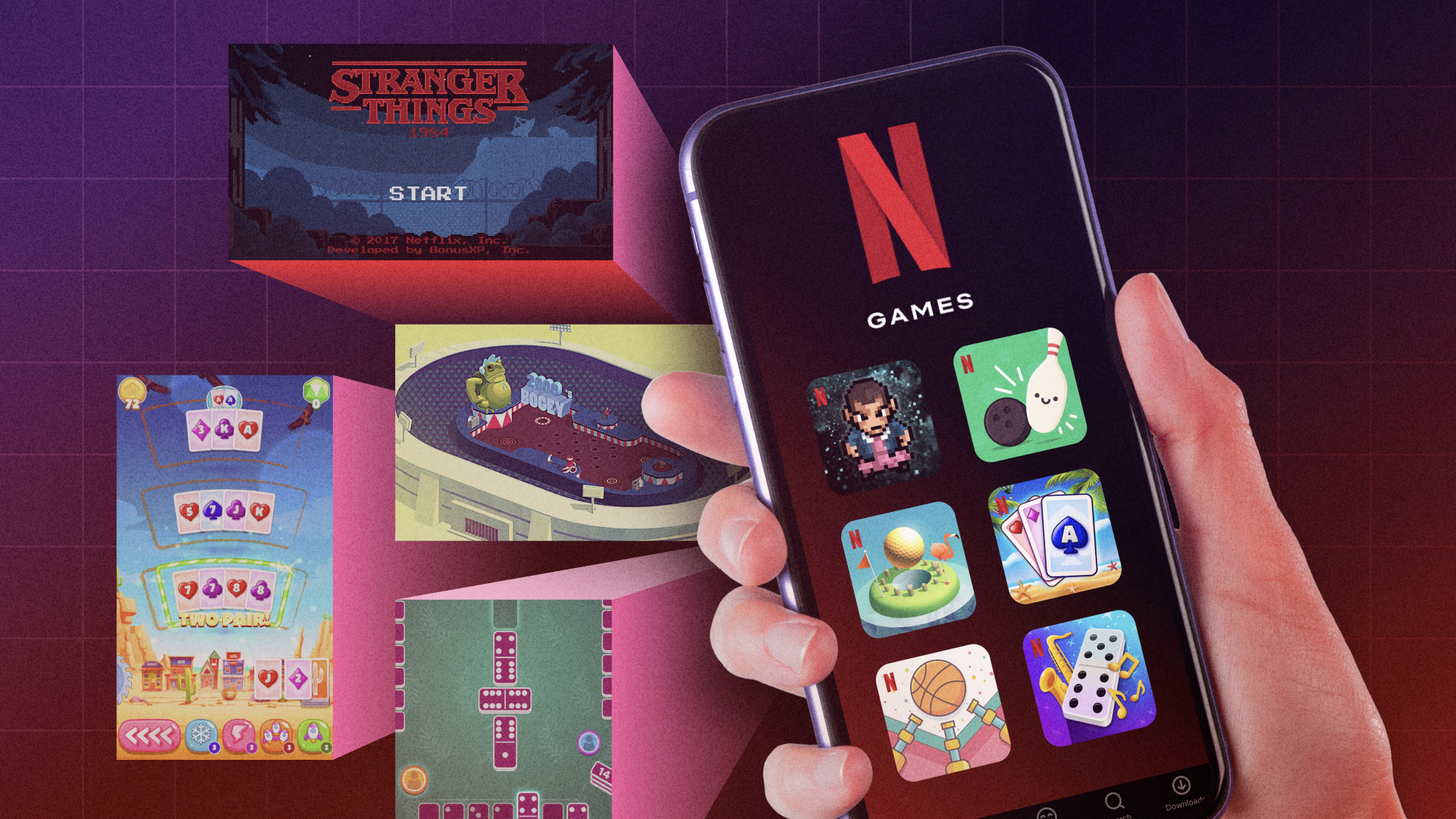 Twenty-six percent of self-described avid gamers said they've heard "some" or "a lot" about Netflix buying its first game studio, which is down from 38 percent back in October, according to Morning Consult data. (Netflix / Pixeden / Morning Consult artwork by Kelly Rice)
By Sarah Shevenock

In the last decade, Netflix has become nearly synonymous with TV in the cultural lexicon. Could video games be next for the entertainment juggernaut?

According to the latest Morning Consult survey, Netflix still has a ways to go before it’s known as a destination for gaming. Polling shows the share of U.S. adults and avid gamers who say they have heard “some” or “a lot” about Netflix’s foray into games has actually fallen from 25 percent in October to 17 percent this month.

The streaming service is set on expanding beyond its video content as it sees a slowdown in subscriber growth in certain regions and deals with increasing competition from both new streaming services and other forms of leisure and entertainment, such as TikTok and gaming. While analysts and marketers are optimistic about Netflix’s chances to succeed in the gaming space, they agree that it won’t happen overnight. The two pillars of the entertainment giant’s gaming strategy could be leveraging its vast library of intellectual property and using influencer marketing to bolster its video-game bona fides in a space where it’s now the newcomer.

“Netflix understands that that’s where our eyeballs are going,” said Michael Pachter, managing director of equity research at Wedbush Securities. “They want to make sure that people are on Netflix all the time. Their idea is a good one, but I think their approach is going to take years, or more, to work.”

Why Netflix wants to do gaming

Netflix’s initial push into video games has focused on bringing mobile games to existing subscribers via Android and iOS devices. Users can access the ad-free games at no extra cost, with five games – including two “Stranger Things” titles – available at launch. Since the Nov. 2 launch, the company has added five more titles. A Netflix spokesperson said additional titles will launch in the coming months.

Sean Gilbert, the esports and gaming lead with Teknos Associates, a valuation firm focused on technology companies, said Netflix’s focus on mobile games will help them cast the widest net possible, reaching casual gamers who may only play mobile games, as well as more avid gamers who dabble with mobile games in between console and PC play.

“For the more casual players, grabbing a few minutes on a bus to play ‘Stranger Things’ mobile games is certainly an advantage for Netflix,” Gilbert said.

Netflix is not hurting for source material beyond “Stranger Things.” Armed with an arsenal of hits that could lend itself to gaming, such as “The Witcher” and “Squid Game,” Netflix, in theory, should be able to extend its brand into the gaming sphere without veering too far away from what it’s already known for.

Drew Townley, Kairos Media’s managing director and chief growth officer, pointed to “Love Island” as an example of how TV shows and games can work in conjunction with each other — and will continue to do so in the future, as Netflix’s ambitions grow bigger. The reality show airs for several weeks each year, but thanks to its mobile game, the show is able to stay top of mind for viewers all year, even when new episodes of the show aren’t streaming. That’s time users could be spending scrolling through TikTok or watching games on Twitch.

“The game gets more usage and more viewership because it fills those gaps,” Townley said.

But Gilbert warned that this advantage could also prove to be a “red flag” to consumers if Netflix doesn’t strike the right balance.

“They have so many native properties that they’re looking to leverage that they could be spread too thin and potentially be moving too quickly between focal points,” he said.

Given its financial means, Netflix may want to rush out games to capitalize on new hits that follow the “Squid Game”-type phenomenon but moving too quickly could lead to poor quality titles and reduced maintenance on existing games — which could tarnish the Netflix brand. Gamers, widely considered to be a passionate and informed group, could grow suspicious of Netflix if they believe the company is pushing too hard into the space without first gaining their trust.

Netflix doesn’t do traditional advertising of its content on TV, instead relying on subscribers to create hits as they find new content organically while browsing the service (or hoping users latch onto the content that Netflix pushes to them in the app). Last year’s hit “Squid Game,” for instance, was discovered by half of its viewers on social media and another 42 percent directly on the Netflix platform, according to Morning Consult data.

Since it’s so new to gaming, Netflix will likely have to take a more active and aggressive approach to marketing than what it’s used to with TV or film. And the data indicates that that might be a project that takes place over many years.

Share of respondents who said they had seen, read or head “some” or “a lot” about Netflix buying its first game studio that will feature ad-free gaming and no in-game purchases

In a survey conducted in October, soon after Netflix acquired its first gaming studio, 25 percent of adults and 38 percent of self-described avid gamers said they had seen, read or heard “some” or “a lot” about the acquisition. Those shares fell to 17 percent and 26 percent, respectively, in a January survey.

“Given the nature of the target average consumer for Netflix’s games, they are going to have to be a little more forceful in how they present those opportunities to customers,” Gilbert said.

Gen Z will be particularly important. Nearly a third of Gen Z adults (30 percent) said they had heard about Netflix’s gaming operation — a figure that dropped less relative to other demographics. Netflix has previously acknowledged it faces competition from entertainment options favored by younger consumers, such as “Fortnite.”

Influencers in the gaming space can help make or break games – just look at the success of “Among Us” or the roast of “Cyberpunk 2077.” Marketers say gamers and younger consumers could be the key to Netflix’s success in the gaming industry, if they’re approached correctly.

Rodrigo Espinosa, senior vice president of marketing strategy and head of brand experience practice at marketing agency MC2, said the key is to reach out to early adopters – those who are first to try a new product or service – and get them to spread the news via word of mouth. That’s a practice already used by established players in the gaming community. Developers will often allow influencers and video-game streamers to test games and preview them for their followers, often as part of a paid sponsorship.

“If you can get the early adopters and the influencers first, then the rest of the adoption curve organically occurs because people will follow,” Espinosa said. “They make the majority of people feel comfortable that that’s an OK risk to take.”

Related: Console Is Still King: Most Young and Avid Gamers Use Consoles Despite Next-Gen Scarcity

One platform for Netflix to explore: Amazon.com Inc.’s Twitch Interactive.

“Netflix should partner with big gaming creators, generally on Twitch and YouTube, who live stream to an audience for multiple hours a day, multiple days a week,” said Nick Allen, chief operating officer at Loaded. “This is the most authentic way that you can tap into the gaming audience.”

Espinosa added that Netflix’s brand expansion into the gaming space may follow a similar playbook to how it carved out dominance in the streaming video space: by inking lucrative partnerships with big names in the industry. Netflix has exclusive deals with several top filmmakers and producers, such as Shonda Rhimes. It has the means to eventually make similar deals with gaming creators — if it wants to.

Netflix may also work additional marketing methods into its ecosystem to create some internal synergy between its entertainment and video-games offerings, such as incorporating teasers for games into previews of TV shows or featuring on-screen QR codes to make games easier to access.

But, for now, the company needs to start with the influencers.

“Gamers, in general, are just a skeptical audience, and they’re very selective about what they choose to engage with,” Allen said. “You have to make sure that you’re authentic, and the best way to have that authenticity is to be partnered with gaming creators and influencers.”