2 in 3 Voters Support Delay of 5G Rollout Near Airports

Over 3 in 5 Democrats and Republicans back recent delay of 5G networks on C-Band spectrum near some airports after airline officials, regulators raised safety concerns 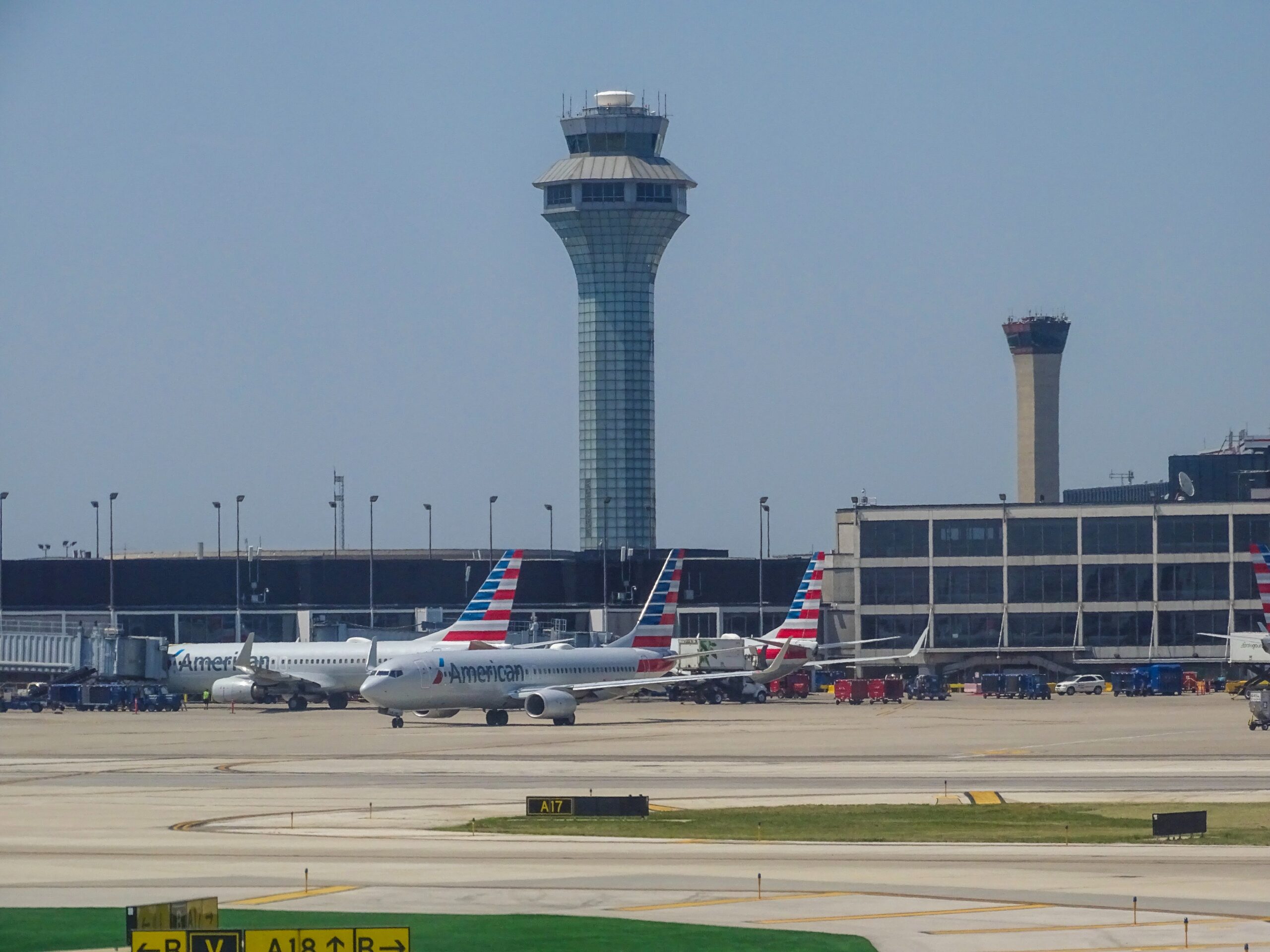 After Verizon Communications Inc. and AT&T Inc. agreed last week to again delay the deployment of 5G networks around some airports over aviation safety concerns, two-thirds of voters said they support the postponement, according to a new Morning Consult/Politico poll. 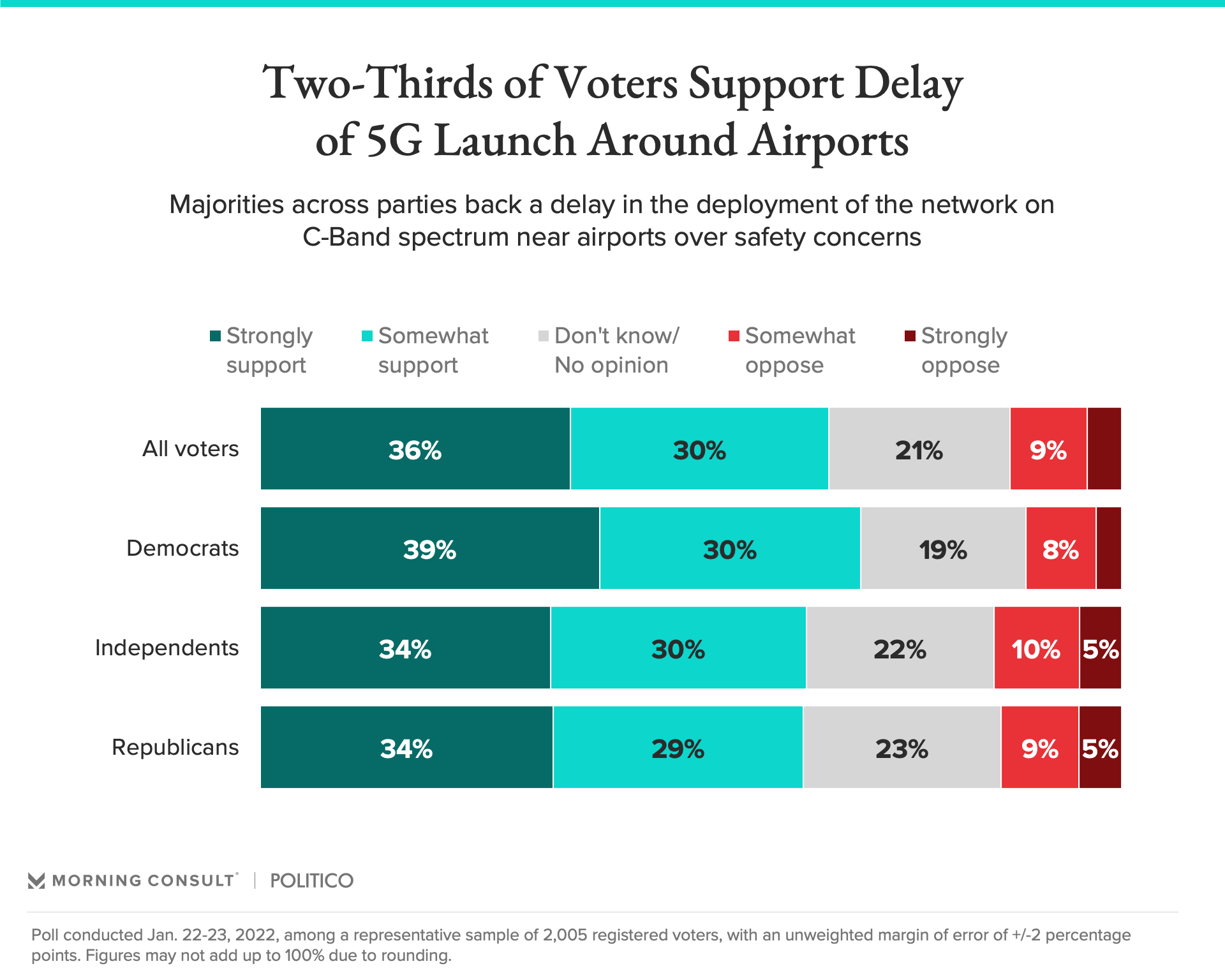 Related: The Private Sector and Federal Government Have Begun the Push for 6G Broadband. Much of the Public Is Still Behind on 5G

Many airlines were left scrambling to assess the full impacts of the 5G rollout, which the FAA warned in October could interfere with radar altimeters in some aircraft. It made for significant uncertainty around the deployment of 5G on C-Band spectrum, which had been in the works since 2020 when the Federal Communications Commission made it available for the networks.

Both Verizon and AT&T agreed to a safety plan around airports and a delay in deployment to Jan. 19, having already delayed a rollout scheduled for Dec. 5 and another that was set for Jan. 5, with the latest plan including buffer zones to reduce the risk of interference and reduced power at 5G base stations. They deployed the networks on Jan. 19, except near some airports and runways.

In separate statements, the companies said the delay was voluntary, with an AT&T spokesperson saying the telecom giant was “frustrated” at the lack of clarity in the situation. Verizon’s statement chided the FAA and airlines for not being “able to fully resolve navigating 5G around airports.”

The Jan. 22-23, 2022, survey was conducted among a representative sample of 2,005 registered voters, with an unweighted margin of error of plus or minus 2 percentage points.