Financial vulnerability surged in January due to the combination of elevated inflation, income losses and reduced policy support. 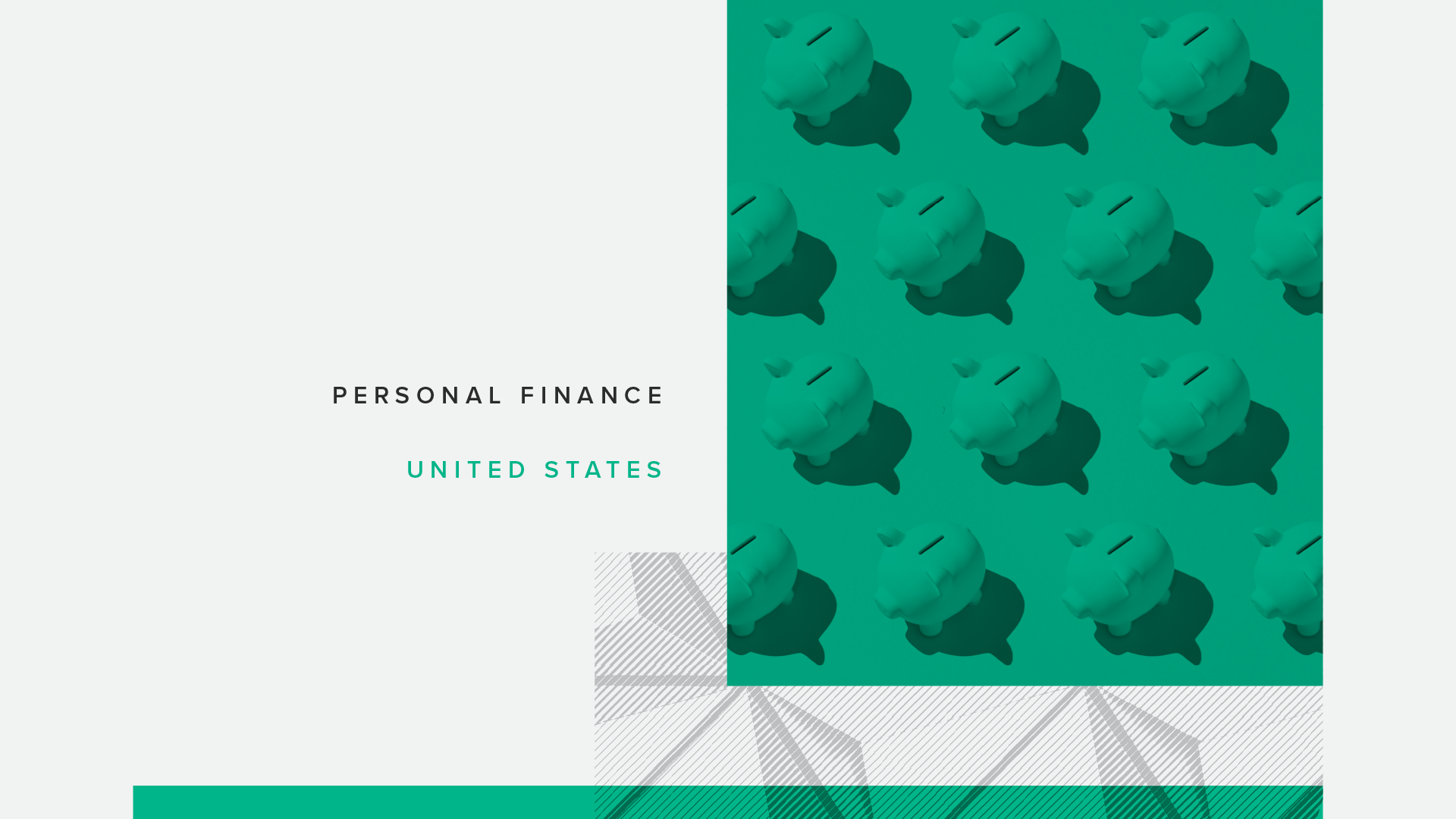 Over the past six weeks, rising prices combined with elevated income losses forced Americans to draw down their savings faster than they were able to reduce their basic monthly expenses. The share of adults who reported insufficient savings to cover a month’s worth of basic expenses rose to 29.0 percent in January, the highest value on record since the survey question began in May 2020. 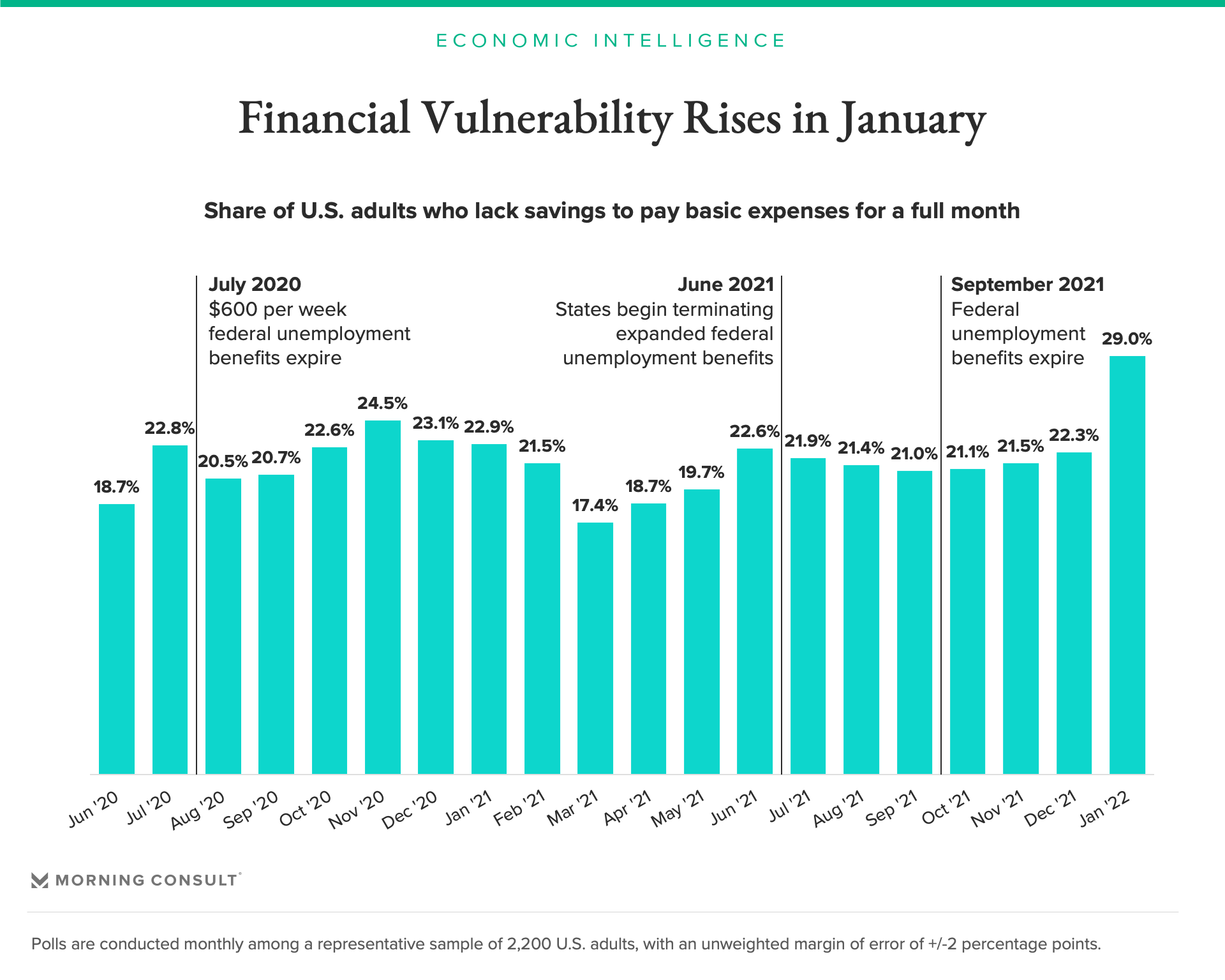 Income losses related to the omicron-driven case surge were also largely borne by low-income households, disproportionately impacting those least able to cope. During the week ending Jan. 22, 15.0 percent of adults from households earning less than $50,000 reported lost pay or income, up from 13.1 percent at the end of November and nearly double the 8.7 percent of those from households with incomes of $100,000 or more who said the same. Given the already thin — and often nonexistent — savings cushion among lower-income adults, this widening gap in employment outcomes helped increase financial vulnerability among low-income households to 39.8 percent in January. 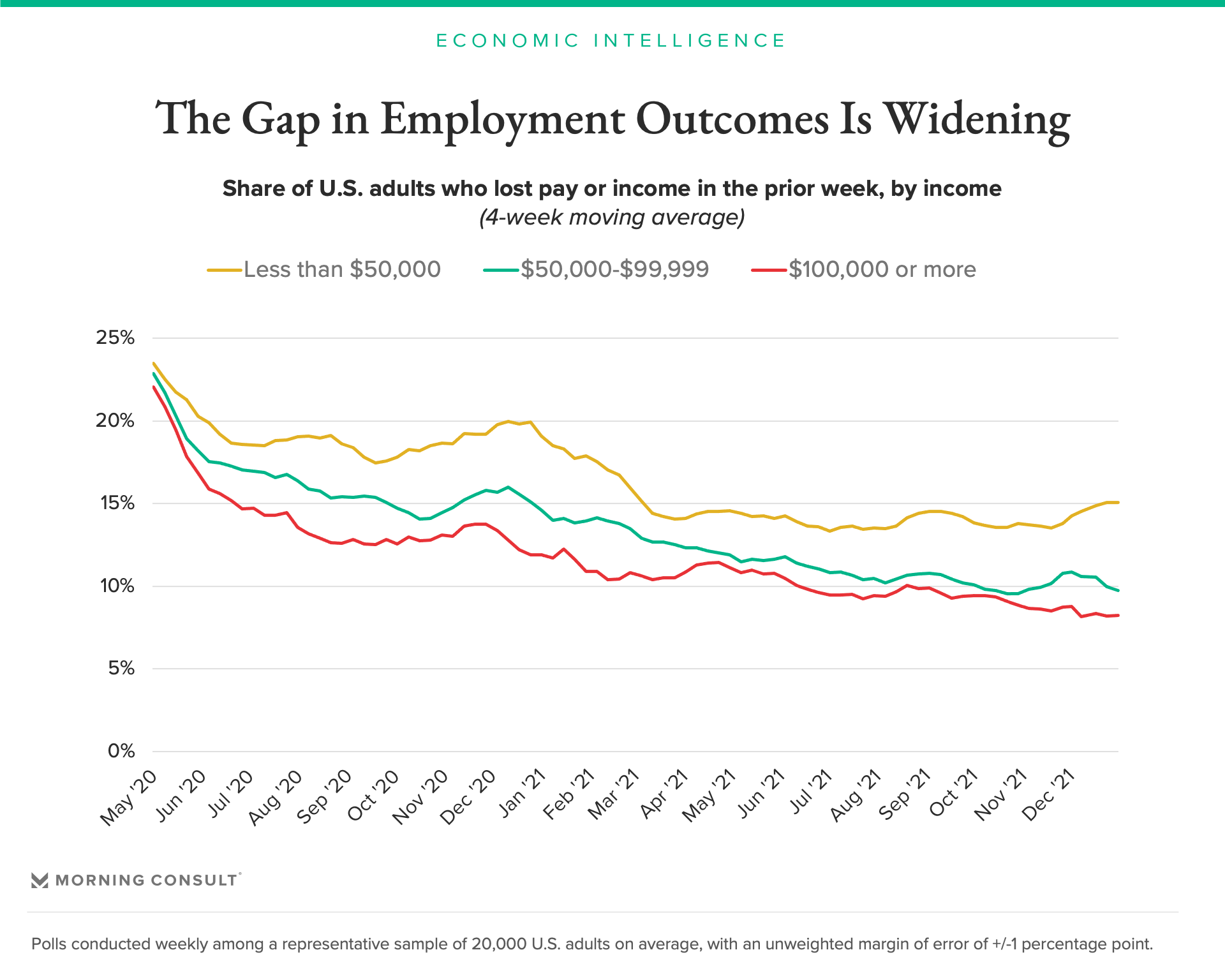 January’s jump in financial vulnerability reflects the current economic policy environment: Unlike prior periods of elevated pay losses during the pandemic, unemployment benefits are less generous and eligibility criteria are stricter, meaning that fewer laid-off adults are receiving benefit checks and the checks themselves are smaller.

Broadly speaking, Morning Consult’s measure of financial vulnerability is inversely related to the personal savings rate. Both measures show a gradual decrease in savings over the summer of 2020 following the extraordinary measures taken by Congress in the form of stimulus checks and federal unemployment benefits. Additional stimulus in January and March 2021 temporarily drove savings higher and mitigated the 2020-2021 winter surge’s impact on financial vulnerability. 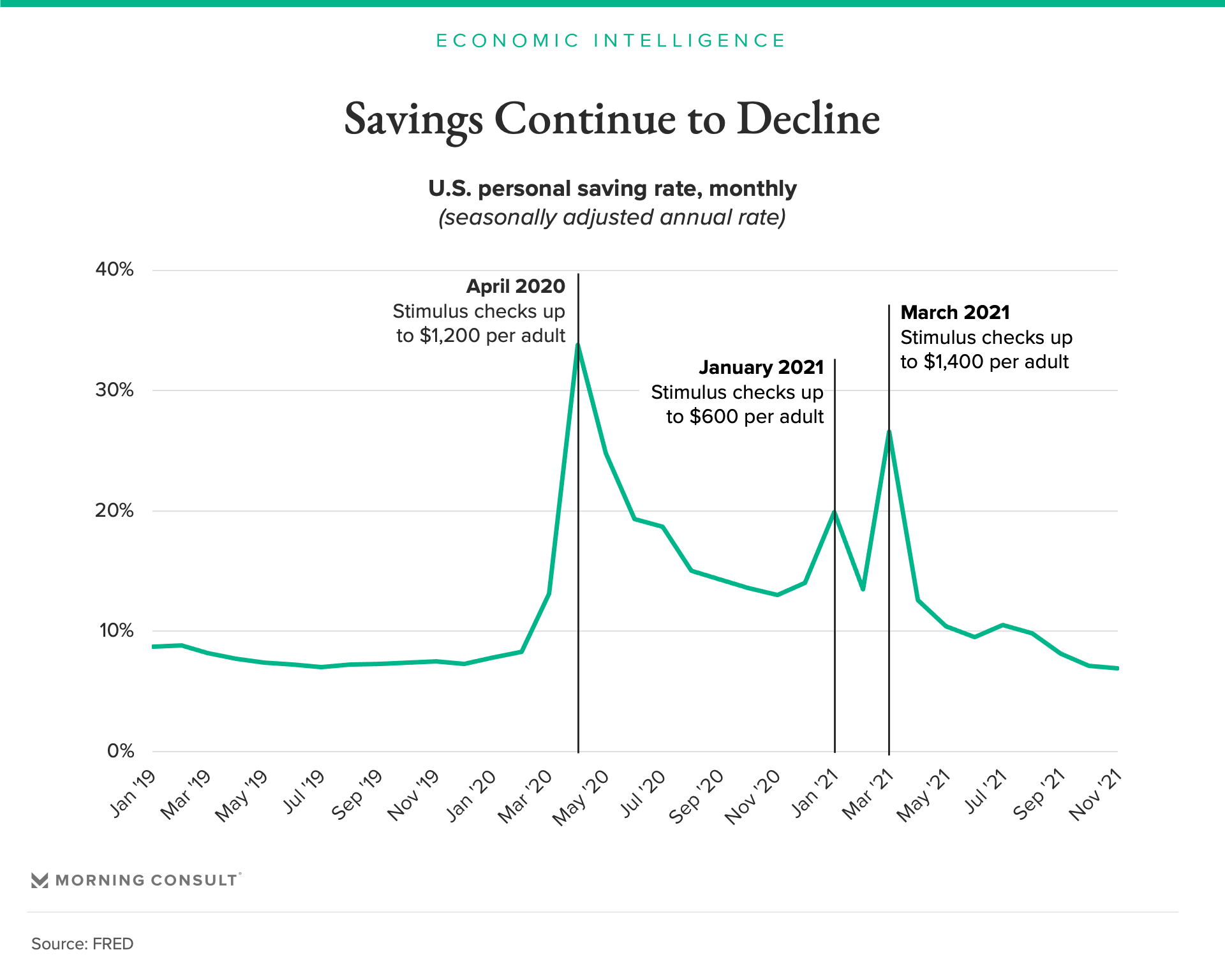 What is unique about Morning Consult’s data is that it captures savings relative to expenses, making it less likely to be skewed by changes in the distribution or concentration of savings. The savings rate does not reflect the distribution of savings in America, whereas Morning Consult’s measure of financial vulnerability identifies adults who are unable to pay their basic expenses for a full month — regardless of the amount in savings that higher-income adults are able to accumulate. Morning Consult’s data also measures stock rather than flow, which makes it more appropriate for assessing the adequacy of savings during a period of elevated layoffs.

Even as the number of daily COVID-19 cases begins to fall in much of the United States, it is going to take longer for workers and consumers to regain their momentum when compared to the delta variant. While consumers remain more resilient to rising cases than they were a year ago, record-setting daily cases combined with policy changes and rising prices will expose Americans’ finances going forward.