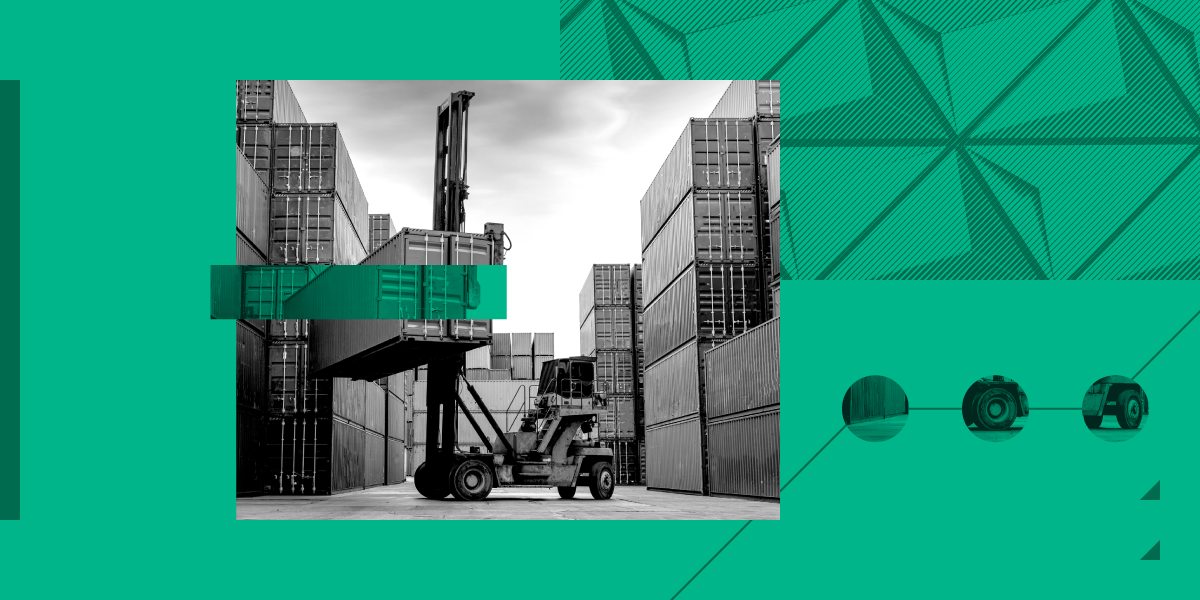 Concerns about supply chain disruptions have become increasingly prevalent in the minds of business leaders and policymakers as goods shortages and price hikes threaten the trajectory of America’s economic recovery. Tracking supply chain pressures has likewise become an essential tool for understanding current conditions, and several barometers have recently been developed with this objective in mind. Most of the available supply chain metrics measure conditions from the perspective of businesses; there is less quantifiable information available on how consumers are responding to, and being impacted by, shortages.

Morning Consult’s monthly supply chain survey offers insights into how recent supply chain disruptions are shaping consumer behavior. Prior to the omicron surge in December, U.S. adults had reported easing shortages. According to the January 2022 survey results, much of that progress has since been reversed — with the grocery category facing the most notable setback.

Consumers reported the most acute shortages of groceries and food items, and conditions have worsened in the past two months. From November to January, the share of U.S. adults who said they had difficulty finding certain grocery items jumped from 41 percent to 47 percent, the largest increase recorded among the 12 spending categories tracked by Morning Consult. 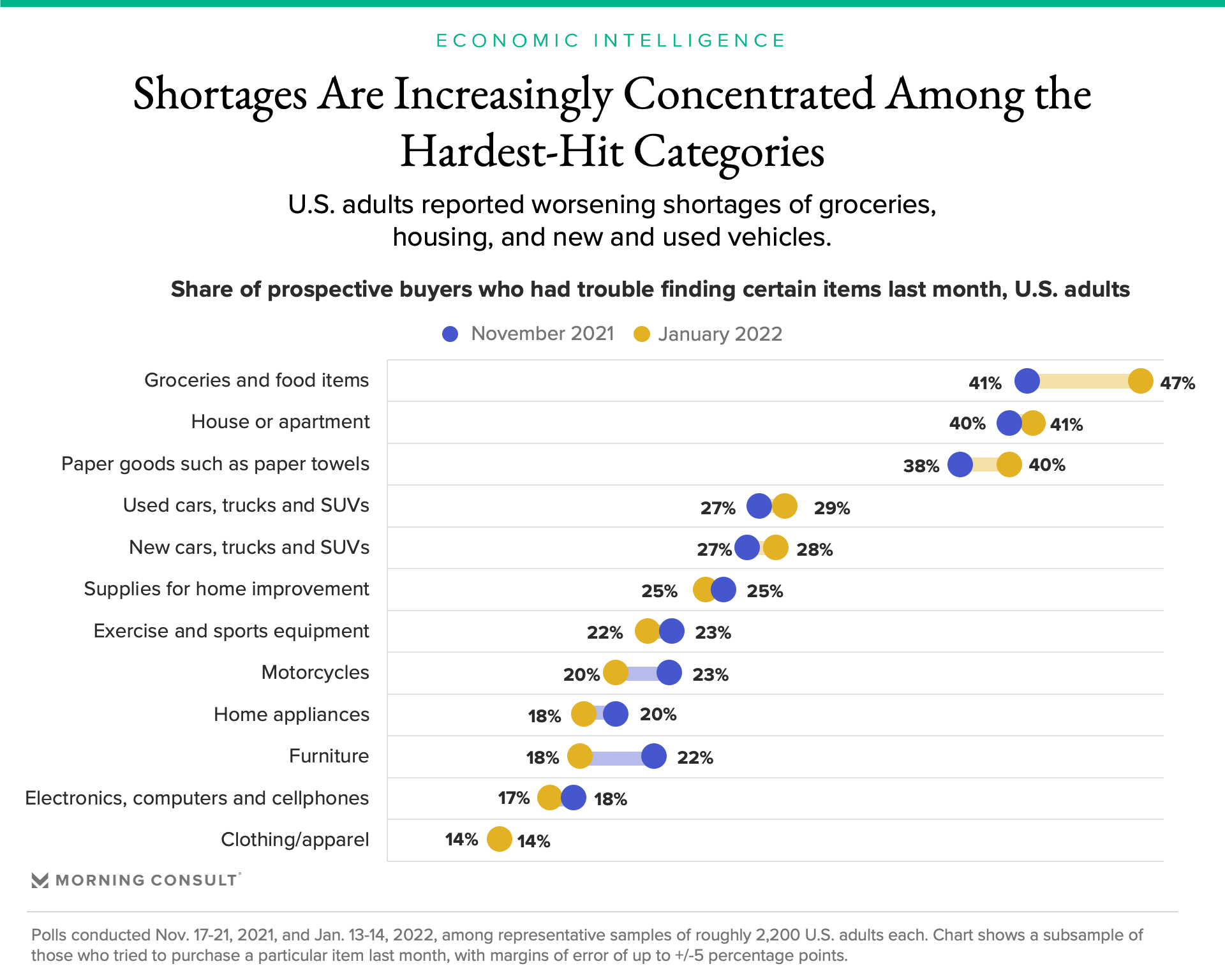 Other categories with relatively more pronounced shortages — such as housing, paper goods, and new and used vehicles — have also suffered setbacks since November, with a growing share of potential buyers of goods in these categories reporting procurement difficulties. But no other product group registered nearly as sharp a deterioration in supply accessibility as the grocery category.

The degree to which consumers are experiencing grocery shortages varies by demographic. While similar shares of men and women said they looked for groceries in the past month, 52 percent of female shoppers said they had trouble finding certain items compared with 42 percent of males. This difference may be a result of women bearing a disproportionate share of household shopping responsibilities, which entails more comprehensive grocery lists with a higher number of items subject to potential shortages. 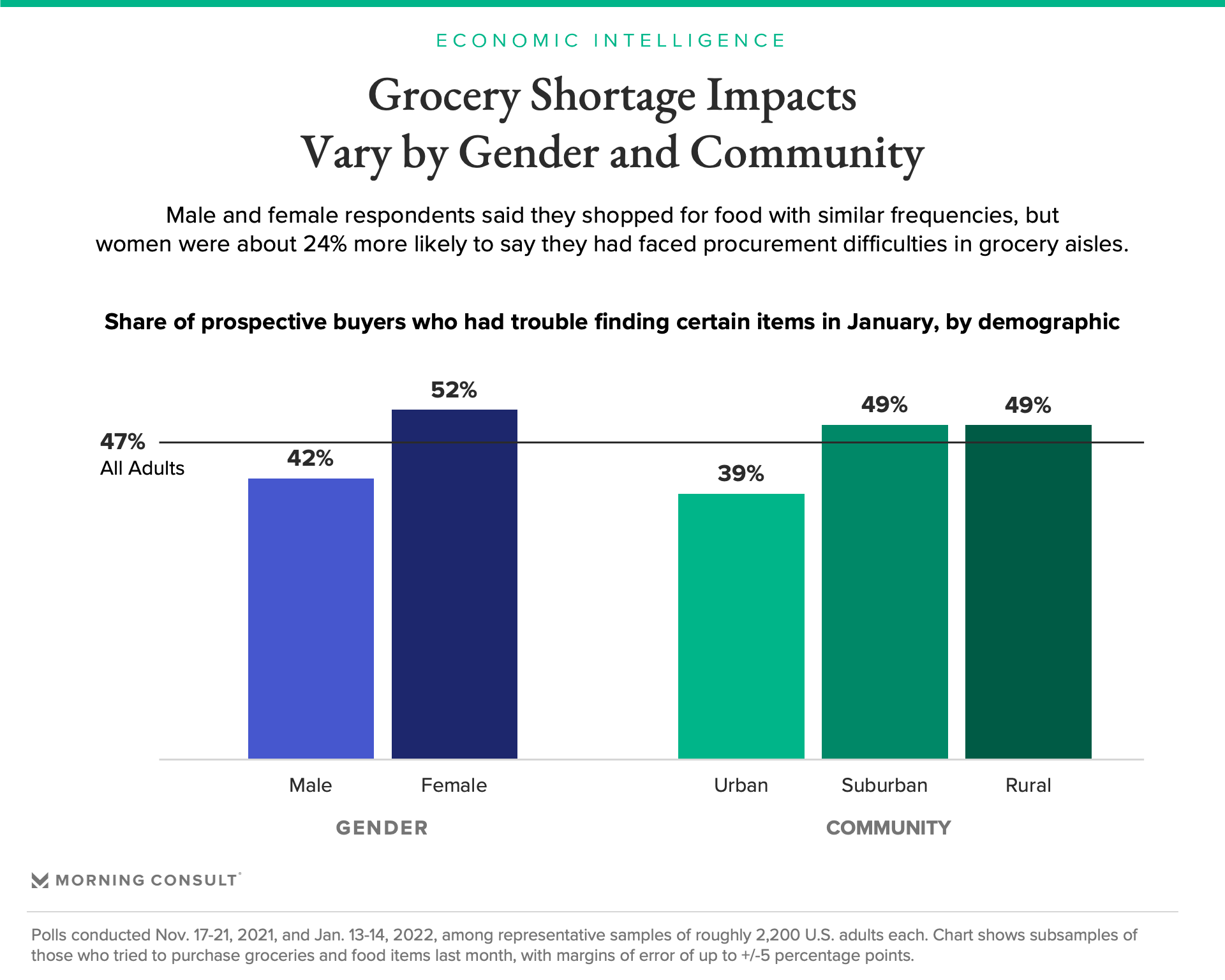 The severity of shortages also differs based on community type. While 49 percent of suburban and rural residents reported challenges with purchasing groceries last month, only 39 percent of those living in cities said they encountered similar difficulties.

Shortages in recent months have gone hand in hand with rising prices. In December, the consumer price index associated with groceries rose by 6.5 percent year on year, its fastest pace since 2008. As grocery prices increase, there is a growing risk that some Americans will cut back on the quantity of groceries they purchase to offset rising costs.

Morning Consult’s poll found that women and adults living outside cities — the same groups that reported relatively more exposure to shortages — showed higher price sensitivity than their male or urban counterparts. Among those who said they had difficulty finding certain items they shopped for in January, female, suburban and rural respondents showed less willingness to pay higher prices to obtain those goods. 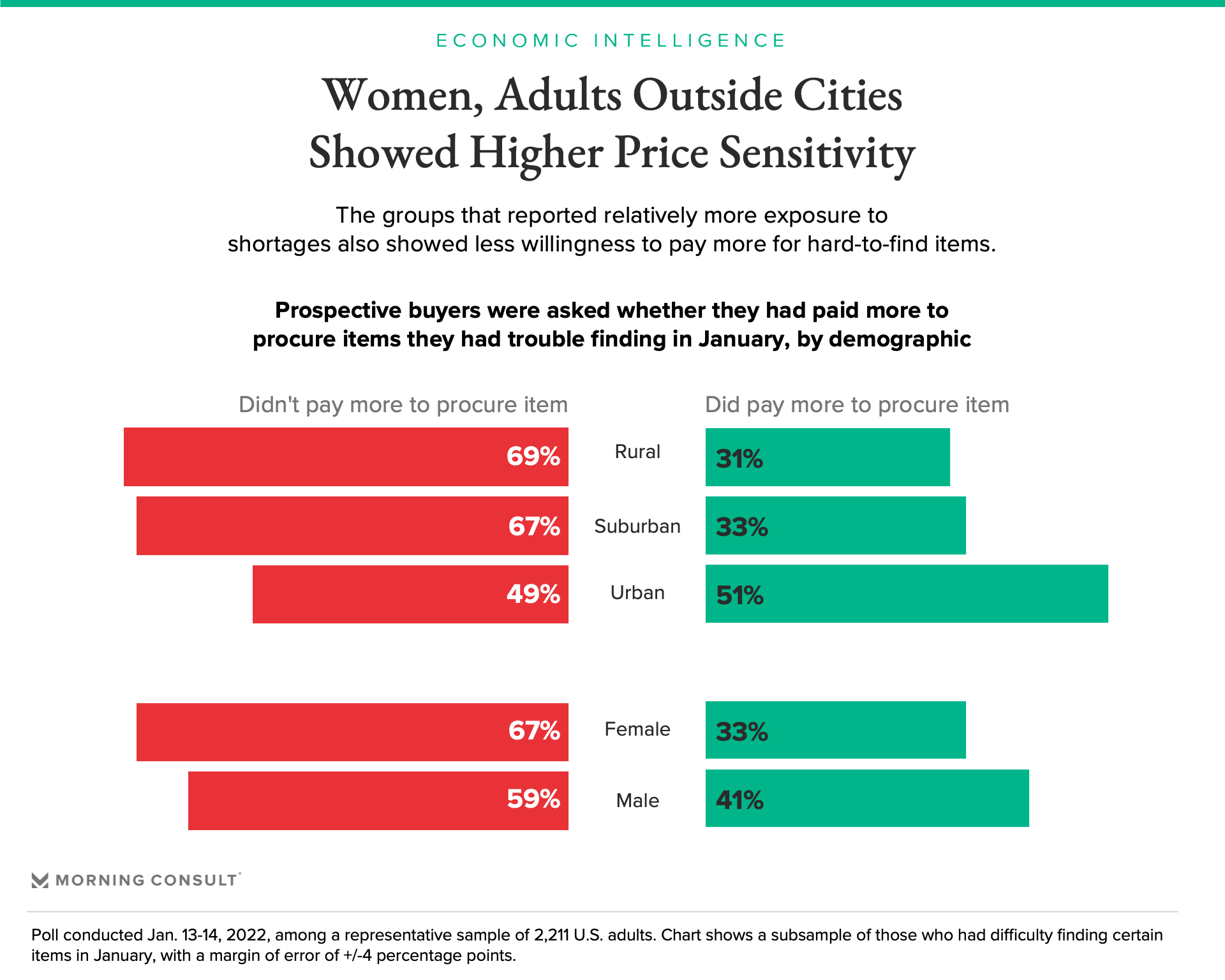 The finding that about half of female and nonurban food shoppers are encountering shortages of products they’re looking for — and are, by extension, likely to face rising prices for those goods — bodes ill for grocery retailers. Some of their most price-sensitive customers are also the ones who are relatively more likely to seek items that are getting more expensive.

So far, consumers have shown greater determination to track down grocery items relative to discretionary categories like clothing or sports equipment. Food spending is inevitable, but inaccessible or costlier items can be substituted for readily available, cheaper alternatives. As rising prices across a slew of goods and services strain household budgets, price-conscious shoppers may increasingly struggle to justify the higher cost and effort to obtain hard-to-find grocery items, weighing down overall spending.