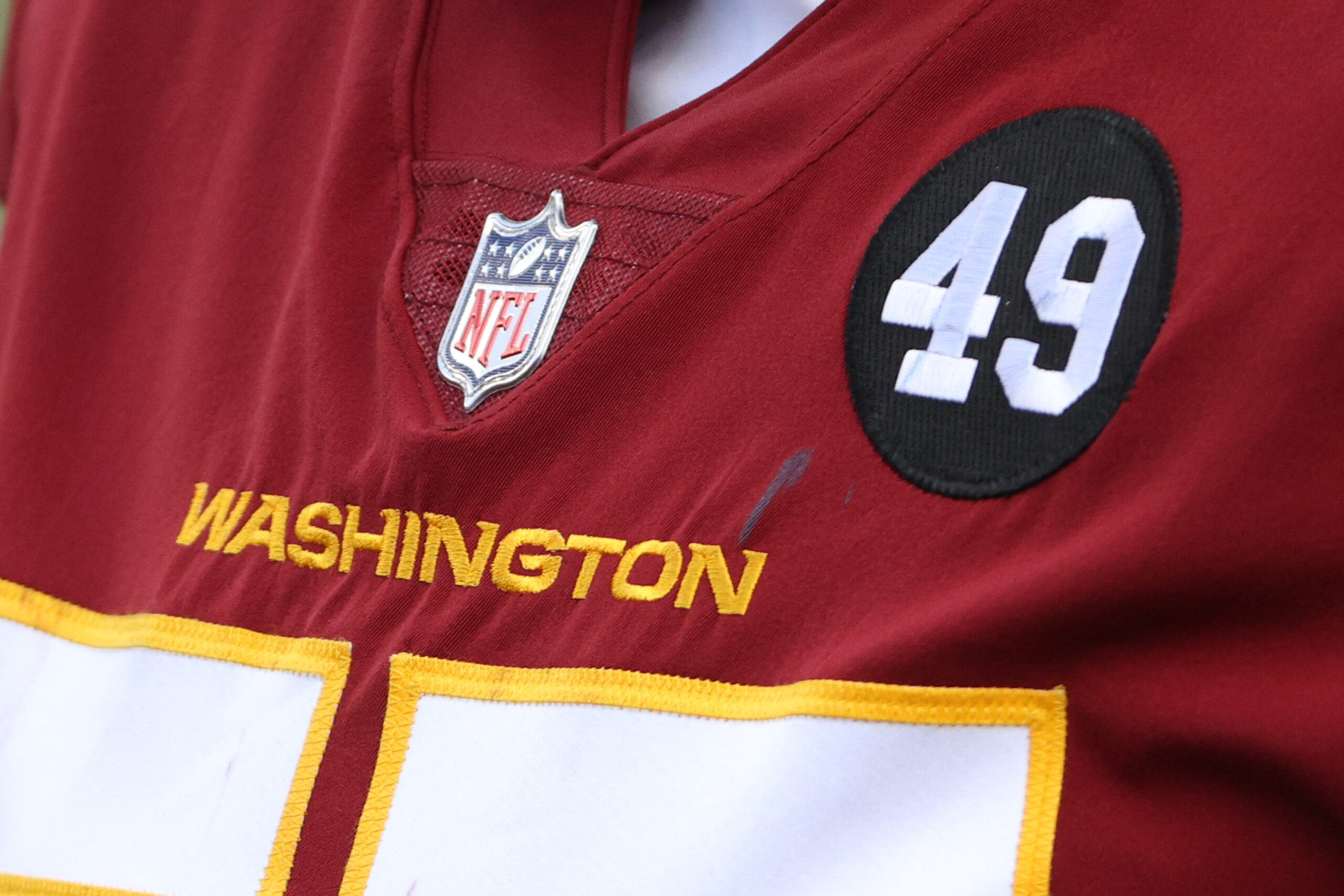 A detailed view of the Washington Football Team logo at FedExField on Dec. 20, 2020. Thirty-two percent of NFL fans said the organization should keep the current name rather than rebrand the team, according to recent Morning Consult data. (Patrick Smith/Getty Images)
By Alex Silverman

U.S. adults who identified as NFL fans were asked if the Washington Football Team should change its current name

U.S. adults who identified as NFL fans were asked whether they have a positive or negative opinion of each of the following potential names for the league’s Washington D.C.-based team:

Poll conducted Jan. 14-15, 2022, among a representative sample of 1,512 NFL fans, with an unweighted margin of error of +/-3 percentage points.
Related: Americans More Likely to Favor Keeping the Redskins Name Than Changing It

Washington’s NFL team has its work cut out for it in choosing a name that fans can get on board with right out of the gate. Among NFL fans, Defenders was the only choice that had a positive net favorability rating, meaning the share of respondents with a favorable opinion of the name was greater than the share with an unfavorable opinion. In addition, a 2020 Morning Consult poll found that the majority of Americans opposed the team abandoning its longtime “Redskins” moniker in the first place.

Still, the fact that 1 in 3 NFL fans believes the team should remain the Washington Football Team shows that fans can grow to like a name over time, even one that was almost universally panned when it was first introduced. The surest way to inspire enthusiasm for a new name, of course, would be to achieve some level of postseason success — something fans haven’t seen since the team’s last playoff win in 2005.

The Jan. 14-15, 2022 poll was conducted among a representative sample of 1,512 self-identified NFL fans, with an unweighted margin of error of plus or minus 3 percentage points.