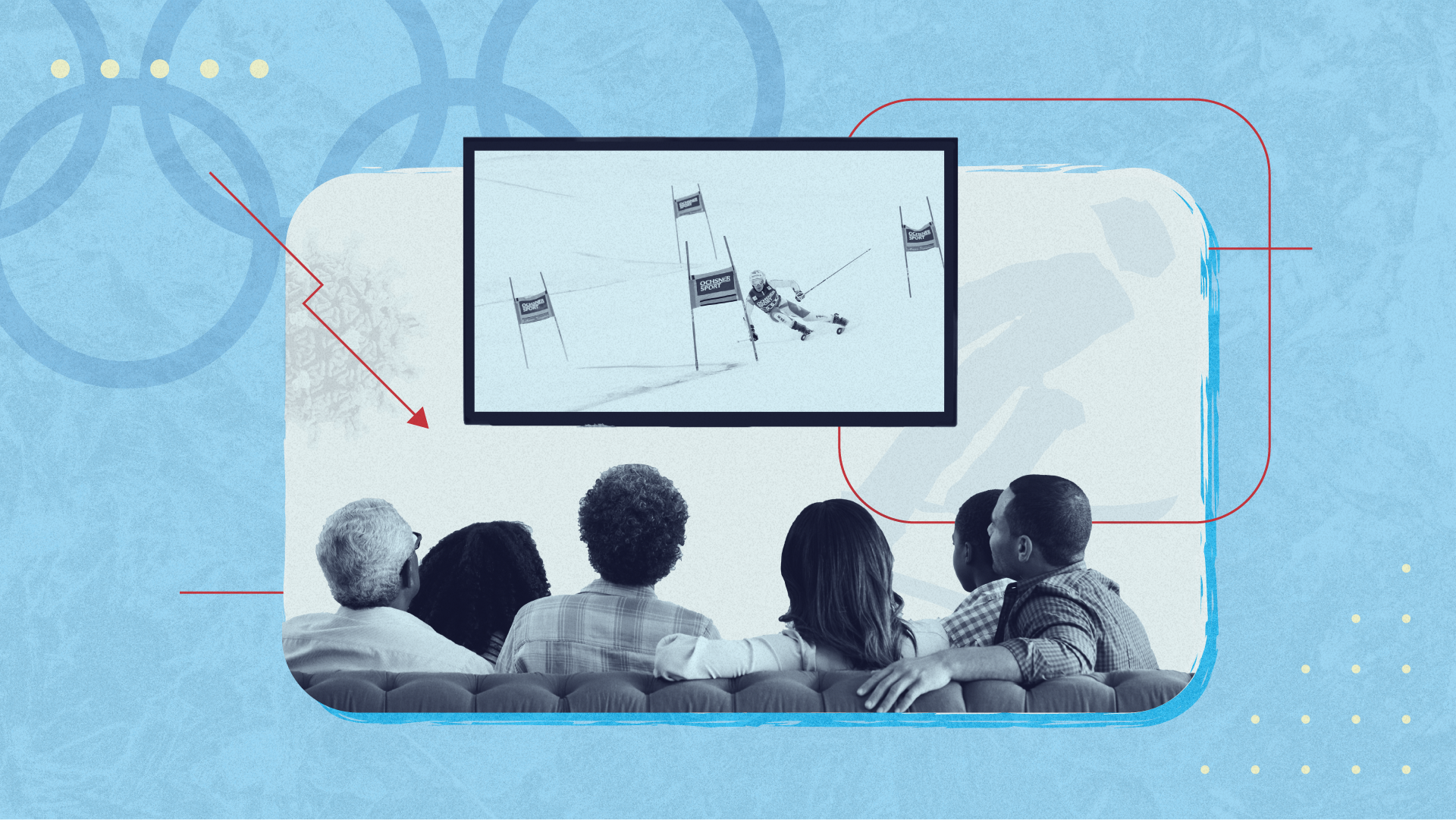 Twenty-seven percent of U.S. adults said they don’t plan to watch any of the Winter Games in Beijing, up from 19 percent ahead of last summer’s Tokyo Games. (Getty Images / Morning Consult artwork by Tadi Martinez)
By Alex Silverman

Last year’s Tokyo Summer Games delivered the smallest average primetime audience for an Olympics since at least 1988, when NBC took over U.S. broadcast rights for the Summer Games. But new Morning Consult survey data suggests the Beijing Winter Olympics, which start this week, will face an even tougher time capturing the American public’s attention.

The share of U.S. adults who said they plan to watch all or some of the upcoming Beijing Winter Olympics is smaller than the share who said the same ahead of last summer’s Tokyo Olympics

U.S. adults who said they don’t plan to watch any of the Beijing Winter Olympics were asked whether each of the following were reasons for their decision:

Poll conducted Jan. 25-27, 2022, among a representative sample of 573 U.S. adults who don’t plan to watch the Olympics, with an unweighted margin of error of +/-4 percentage points.

NBC appears to know it has its work cut out for it with the Beijing Games, as the network has reportedly been preparing advertisers for a steep ratings decline relative to the 2018 Winter Games in PyeongChang. Dan Lovinger, executive vice president of sales and partnerships for NBC Sports Group, said during a Jan. 20 video presentation that there was still “some work to be done between now and the end of the Games” on the ad sales front, though he added that sales were progressing at a pace similar to 2018 and that the average amount spent among returning advertisers was up from that cycle.

One tailwind for the Beijing Games is the fact that NBC will have the Super Bowl as a lead-in for its Olympic coverage on Feb. 13. The program that airs after the Super Bowl always draws a significantly larger audience than it would in any other time slot, and a network spokesperson said that night’s Olympic coverage will count toward the final primetime figure for Beijing. If enough Super Bowl viewers stick around, it could have a material impact on the overall average for Beijing.

Given the controversy surrounding this year’s Games being held in China despite the country’s human rights record, it’s easy to see why Olympic sponsors have been relatively quiet in the lead-up to Friday’s opening ceremony. While NBC is still treating the Olympics as a tentpole event, its marketing has been understated and is downplaying the location of the Games. Expect enthusiasm among U.S. sponsors and media to be much greater for Paris 2024, Milano Cortina 2026 and, of course, Los Angeles 2028.

The Jan. 25-27, 2022 poll was conducted among a representative sample of 2,210 U.S. adults, with an unweighted margin of error of plus or minus 2 percentage points.

Related: NBC Has a Tough Road Ahead as It Begins Its Beijing Olympics Push
Olympics U.S.-China Relations Viewership