48% of Arizona voters approve of Ducey's job performance, while 46% approve of Kelly's 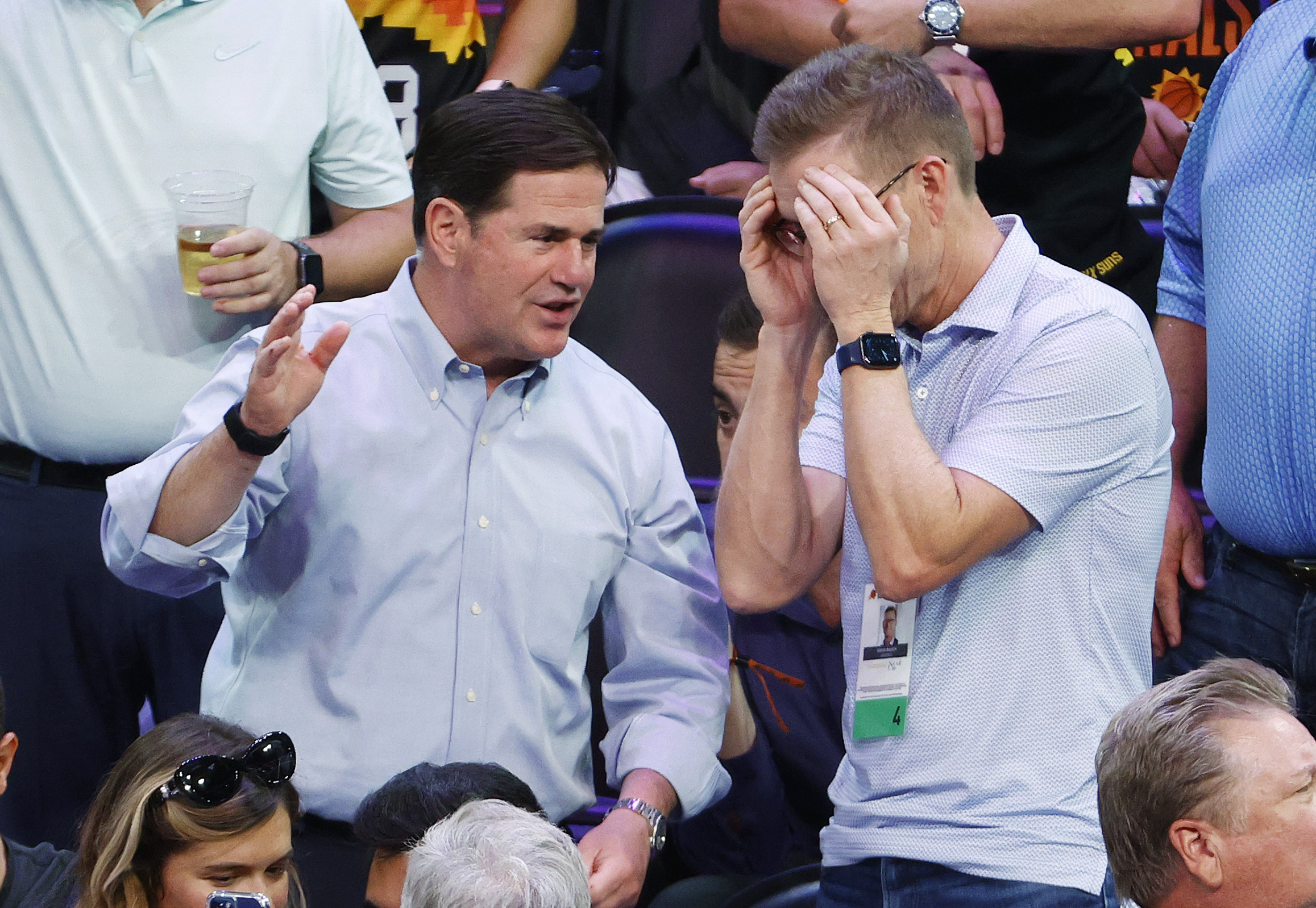 Arizona Gov. Doug Ducey, who has resisted calls to seek the Republican nomination to challenge Democratic Sen. Mark Kelly in November, has seen his home-state popularity improve in recent months. And according to Morning Consult Political Intelligence tracking, his recovery has erased the popularity advantage the first-term senator had at the beginning of Joe Biden’s presidency. 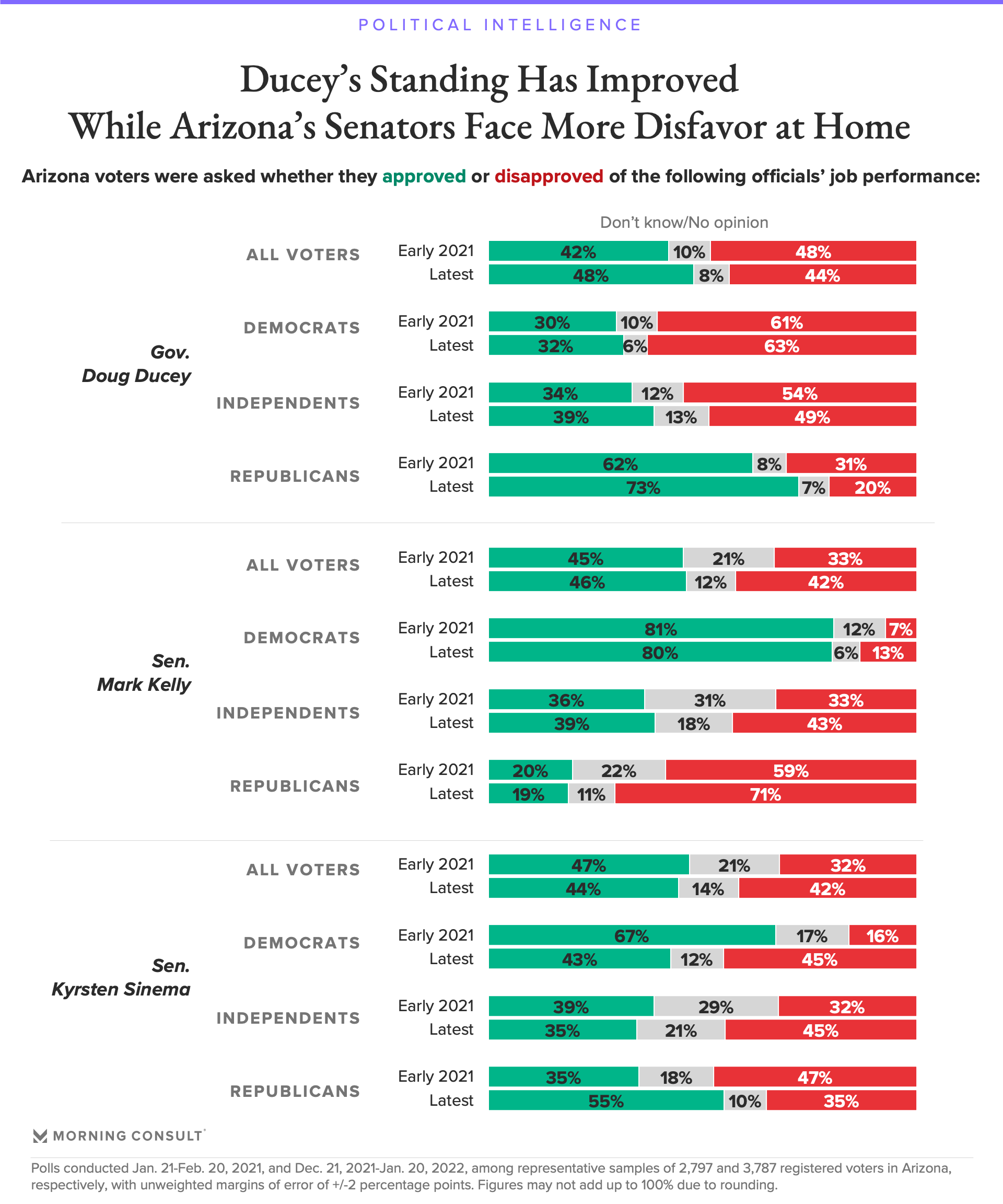 Ducey has repeatedly insisted he will not run for Senate this year, something he reiterated in an interview with Politico on the sidelines of the National Governors Association meeting over the weekend. But that hasn’t stopped hopeful chatter from at least some national and Arizona Republicans that he will change his mind given the high stakes of the contest for the party’s goal of winning a Senate majority.

Like many other states, Democrats in Arizona are left to grapple with Biden’s own diminished standing and the national political environment. The majority of Arizona voters (54 percent) disapprove of his job performance, up from 41 percent almost a year ago, while the share who approve has fallen from 51 percent to 42 percent.

The upside for Kelly is that he has so far resisted a Biden drag on his own approval rating, which several Democratic strategists attribute to his own unique brand — propped up by the nearly $100 million his campaign spent to defeat Republican Martha McSally in 2020. But increasingly negative views among independent voters and Republicans are a cause for political concern in a state whose suburbs were key to Democratic victories in the past two cycles.

The latest polling was conducted Dec. 21, 2021, through Jan. 20, 2022, among a representative sample of 3,787 Arizona registered voters, with an unweighted margin of error of plus or minus 2 points.

Related: GOP Governors Could Be Star Recruits to Win Back the Senate Majority. But How They Look on Paper Doesn’t Tell the Whole Story
2022 Elections Leader Approval