Migration Hits a Nerve in French Presidential Campaign, but Won’t Decide the Election

Right-wing candidates have weaponized France’s historically large immigrant intake to challenge Macron in April’s elections, but it’s the divided left wing that may decide who wins the presidency 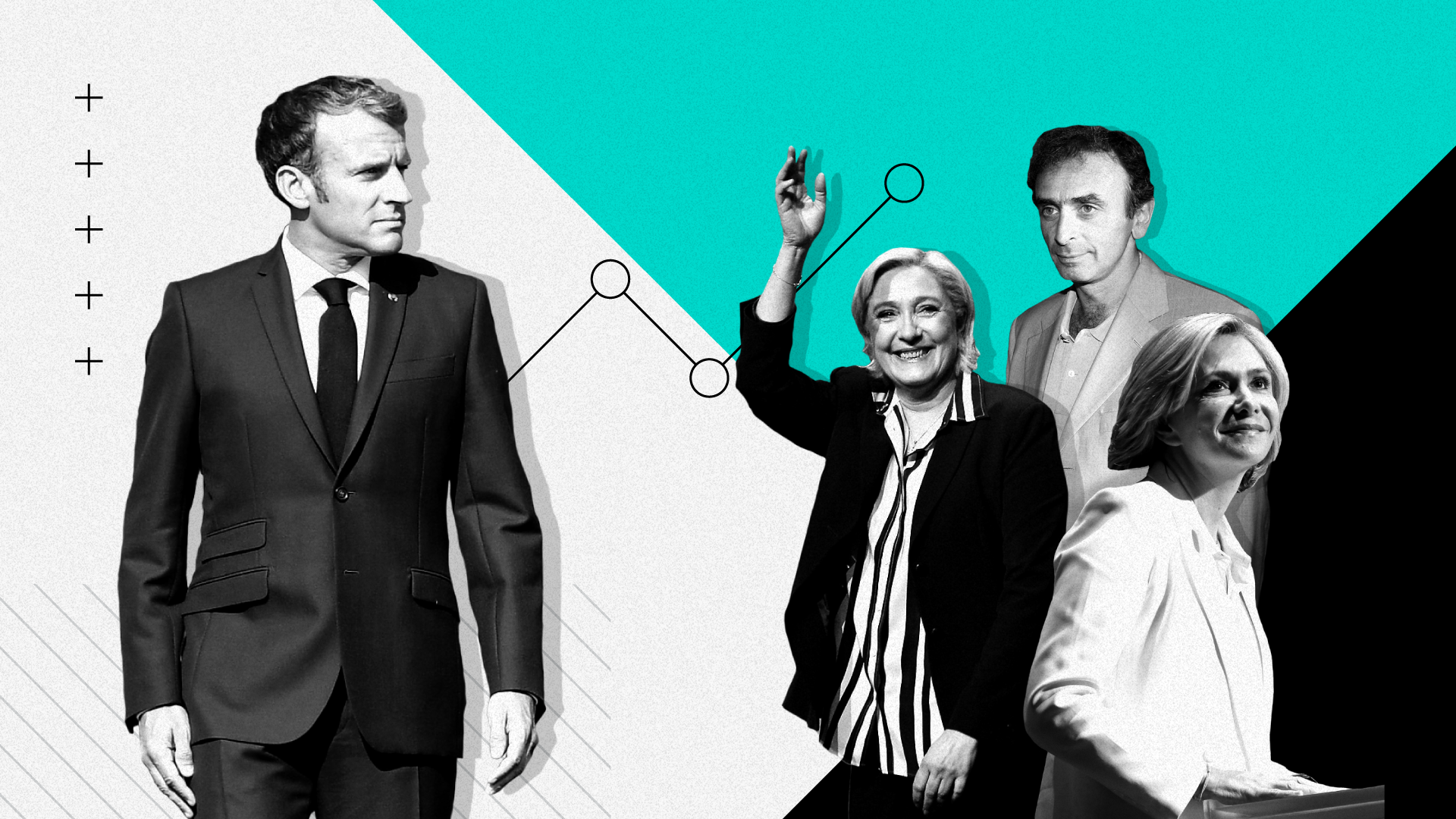 Although right-wing candidates are making waves in France’s presidential election campaign with harsh rhetoric about immigration, President Emmanuel Macron looks well-positioned to become the first French leader to win a second term in two decades — and that could be a positive sign for moderates in other Western European countries, where Morning Consult polling shows even lower concerns about migration.

Macron flanked from the right, again

At first glance, the French president looks set for a tough fight to hold power.

Morning Consult’s Global Leader Approval Ratings tracker has Macron at just 36 percent approval in surveys conducted Jan. 20-26, with 2 in 3 French adults saying the country is on the wrong track. Most French polling, too, shows only about a quarter of voters prepared to back the president if the election were held today. But with most models predicting Macron will cruise through April 10’s first round of voting to face a conservative challenger on April 24, that could be enough for a repeat of 2017, when he converted a first-round haul of 24 percent into two-thirds in a runoff against right-wing populist Marine Le Pen.

This time around, Le Pen is not the only far-right candidate.

The firebrand Éric Zemmour thundered into the French presidential campaign to the sounds of Beethoven’s 7th Symphony, interspersing shots of riots and terrorist attacks with promises to restore France to glory by liberating it from immigrants and out-of-touch elites. Though his message has alarmed observers with his allusions to the racist “Great Replacement” conspiracy theory, he initially surged in polling, pulling support from Le Pen, the perennial far-right favorite.

Yet Zemmour’s chances faded fast with the entry of Valérie Pecrésse as the candidate from former President Nicolas Sarkozy’s conservative Républicains. Pecrésse quickly solidified as Le Pen’s main challenger to beat the rest of the pack and face Macron in the runoff.

Unlike Zemmour and Le Pen, Pecrésse has presented herself as more of a “law and order” choice, calling for a faster deportation process, more border fences to deter migrants entering the European Union though Poland, and for asylum seekers to be processed outside France.

“Pecrésse talks more about security than about immigration, but in the minds of many French, immigration, militant Islam and terrorism are conflated,” said Célia Belin, a visiting fellow at the Center on the United States and Europe.

Pecrésse has sought to mirror Sarkozy, her mentor, by focusing much of her rhetoric on the suburban public housing projects known as banlieues, where migrant communities from France’s former colonial empire in Africa often live separated from mainstream French society — even into the third or fourth generation.

It’s a problem recognized by many in France, but few can agree on answers.

Besides their segregation, “the rejection of these people, this sense of not ever being accepted as fully French, has been a self-fulfilling prophecy,” said John Lichfield, who has covered France for The Independent since 1997. He said the segregation leads to younger people often feeling more attached to their ancestral homelands than to France, and that “the teaching of radical Islam has made life in the banlieue much more complicated.”

Poll conducted Dec. 22, 2021, among a representative sample of 1,000 adults in France, with an unweighted margin of error of +/-3 percentage points. Figures may not add up to 100% due to rounding.

France has suffered 82 terrorist attacks leading to 332 deaths between 1979 and 2021, making it the country most affected by terrorism in the European Union, according to Fondation pour l’Innovation Politique. Matthias Matthijs, senior fellow for Europe at the Council on Foreign Relations, said many of these attacks were seen as assaults on French values.

“It’s basically expected that you completely integrate to become a French citizen and respect the secular values of the French Republic, meaning you’re not a ‘French Muslim’ or a French anything else,” he said. “Everybody’s just ‘French.’”

Despite the centrality of immigration messaging to the campaigns of Zemmour and Le Pen, French polling shows voters rank the issue fourth after purchasing power, social safety nets and security. That may be in part because French society struggles more with the follow-on effects of immigration from decades earlier than issues caused by migrants arriving today.

“France doesn’t really have a crisis with immigration,” said Natalia Banulescu-Bogdan, associate director of the international program at the Migration Policy Institute. “It didn’t take in the volume of asylum seekers during the 2015/2016 crisis that any of its neighbors did,” she said. “The volume of immigrants that France accepts today is pretty modest.”

Meanwhile, France’s left wing, which last governed from 2012 to 2017 under President François Hollande, has over the past two election cycles struggled to unite behind a leader.

Hollande had grown so unpopular he declined to run for re-election, paving the way for the rise of Macron, his former adviser. The French left now cares little for the centrist president, but with half a dozen squabbling candidates, they stand no chance of getting one of their own into the Élysée Palace, and may face a tough set of choices in April.

“There’s a strong anti-Macron feeling on the left and they could well be quite content to put Pecrésse in the Elysee Palace to get rid of Macron,” said Lichfield. “But they are not necessarily going to back an extremist like Le Pen.”

French polling shows that in head-to-head matchups, Macron beats out Le Pen by a clear margin but he only just squeaks out a win against Pecrésse. Zemmour is not expected to clear the first round.

With France’s two major parties again likely to hold on against the populist challengers, there is reason to conclude that Western Europe will not again be defined by the right-wing surge that upended continental politics midway through last decade.

Morning Consult polling shows German, Spanish, Italian and British adults consistently less antipathetic to migration, and the social factors that amplify the appeal of anti-immigration messages in France are not present to the same extent in other countries.

However, majorities in every country still say they do not think more immigration would be a good thing, and large majorities continue to back assimilation, saying they thought it was important for people who move to new countries to learn the language and culture.

“After the most recent migration crisis, there has been a sense in many parts of Europe that they’ve reached a saturation point as to how many migrants they can welcome and how quickly,” said Banulescu-Bogdan.

But barring another major wave of refugees, far-right groups may struggle to get the same traction with xenophobic messaging. That might help explain why France and Germany have been so determined to see a diplomatic resolution to the Ukraine crisis, lest thousands of freezing, hungry refugees force Paris and Berlin into awkward choices.