Most Voters Want Pelosi to Leave Leadership, but the Bulk of Democrats Still Back Her 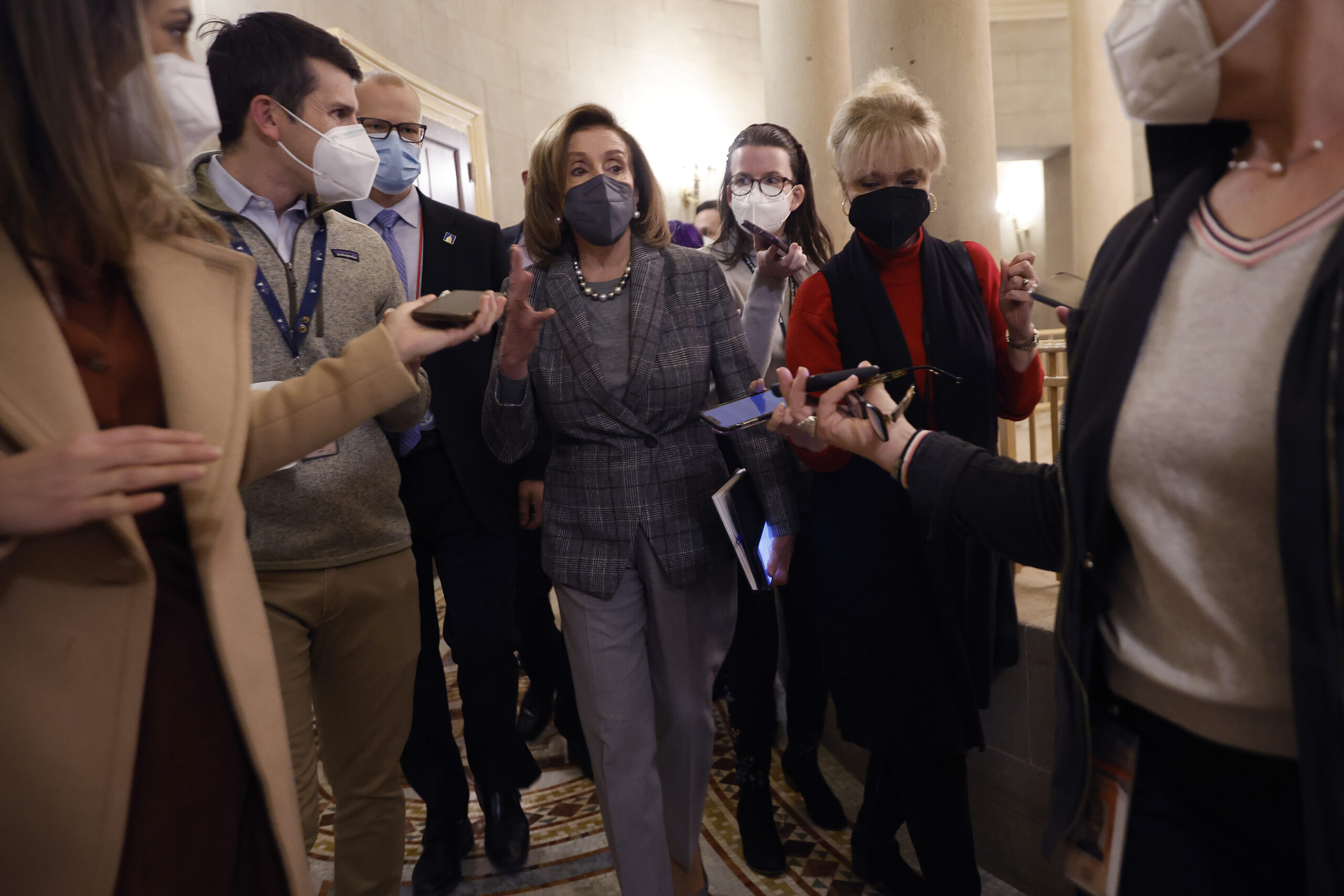 House Speaker Nancy Pelosi (D-Calif.) is surrounded by reporters as she returns to her office following a meeting with Senate Majority Leader Chuck Schumer (D-N.Y.) on Tuesday. (Chip Somodevilla/Getty Images)
By Eli Yokley

House Speaker Nancy Pelosi (D-Calif.) announced her re-election campaign last week, prompting chatter about whether the longtime Democratic chief will work to retain her leadership role for an 11th full Congress. While most voters think Pelosi should give someone else a chance to lead House Democrats, she has support from the bulk of Democrats.

Roughly Half of Democrats Back Another Term as Leader for Pelosi, but Most Voters Don’t

Voters were asked whether House Speaker Nancy Pelosi (D-Calif.) should seek another term as House Democratic leader or step aside and let someone else lead House Democrats

When Pelosi announced her plans to run for re-election, a spokesman for the National Republican Congressional Committee warned that vulnerable Democrats would be tied to “the most unpopular politician in the country,” harking back to the party’s successful “Fire Pelosi” campaign from the 2010 midterm elections.

Pelosi, who’s been the target of years of negative Republican messaging and spending nationwide, is much better known and indeed less popular than any other congressional leader — something that was also true when Democrats won back the House in 2018. But midterms are largely about the occupant of the White House rather than any person in leadership on Capitol Hill, meaning President Joe Biden’s diminished standing is likely far more relevant than Pelosi’s unpopularity.

Views on Biden — Not Pelosi — Drive Sentiment on Democrats in Congress

*Net favorability is the share of voters with favorable views minus the share with unfavorable views.
Polls conducted among representative samples of roughly 2,000 registered voters each, with unweighted margins of error of +/-2 percentage points.

Why Pelosi may not matter

The poll was conducted Jan. 28-30, 2022, among a representative sample of 2,005 registered voters, with an unweighted margin of error of plus or minus 2 percentage points.