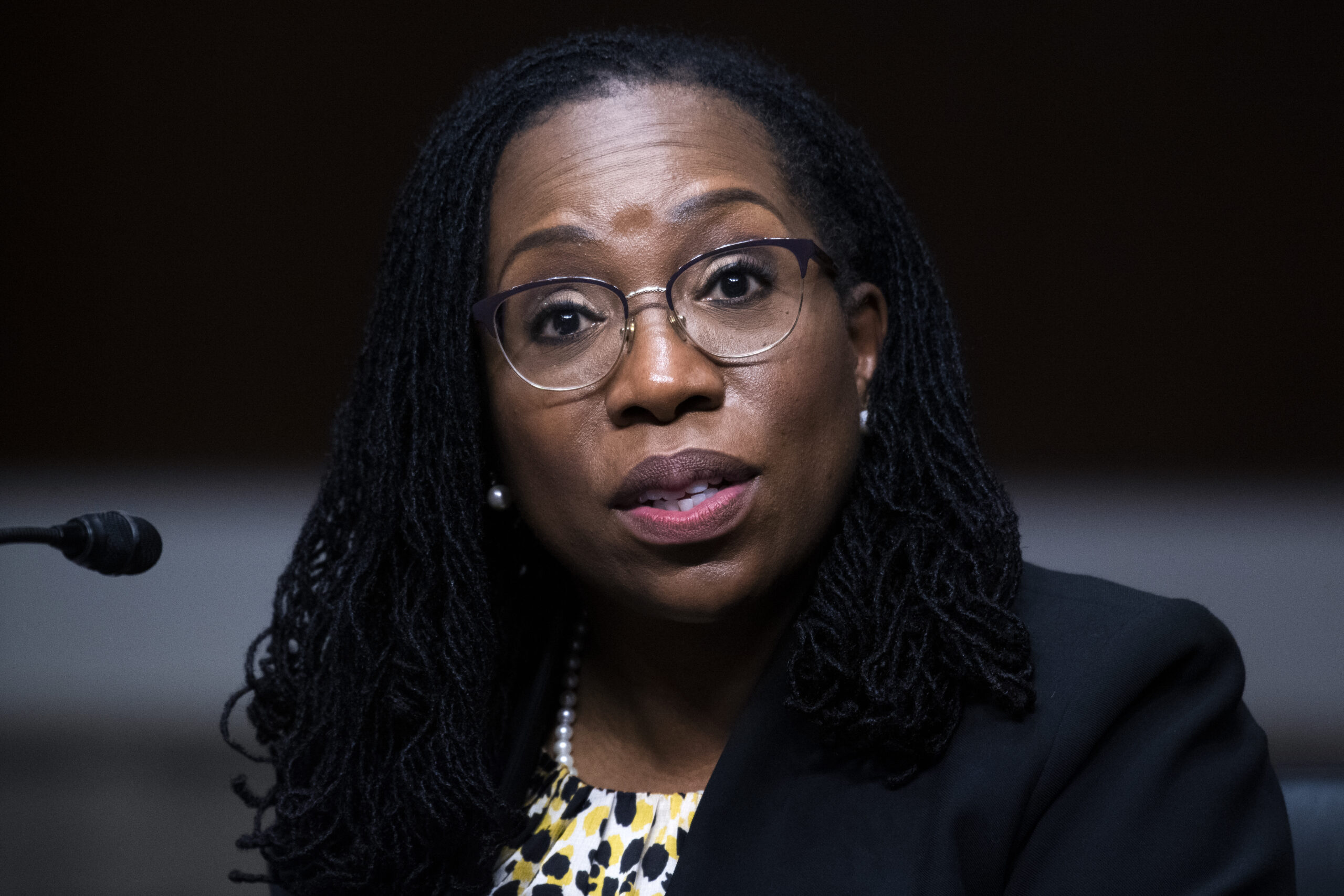 Judge Ketanji Brown Jackson testifies during her Senate Judiciary Committee confirmation hearing in April 2021 for a seat on the U.S. Court of Appeals for the District of Columbia Circuit. Jackson is thought to be among the top candidates to replace Justice Stephen Breyer on the Supreme Court. (Tom Williams-Pool/Getty Images)
By Eli Yokley

Supreme Court Justice Stephen Breyer’s retirement gives President Joe Biden an opportunity to fulfill a campaign promise and put the first Black woman on the highest court in America. The chance to make history also gives Biden the potential to shore up his base support and enthusiasm — especially among Black voters and younger Democrats, who have for months registered tepid backing for his handling of the job.

Black voters, especially those in South Carolina, effectively delivered Biden’s victory in the Democratic primary. But their support for his presidency waned over his first year in office: Since his inauguration, Biden’s approval rating among Black voters fell from 86 percent to 63 percent, while the share who strongly support his job performance dropped from 65 percent to 27 percent.

His support is also tepid among younger Democratic voters (those under the age of 45) who fueled a surge in voter participation during the 2018 midterm elections and Biden’s victory over Trump. According to the latest survey, younger Democrats are slightly less likely to approve of Biden’s job performance than those 45 and older (76 percent to 82 percent), and are less likely to strongly do so (27 percent to 43 percent).

In turn, the nomination provides a much-needed moment for Biden and the Democrats to try to boost that base enthusiasm ahead of November’s contest.

The latest poll was conducted Jan. 28-30, 2022, among a representative sample of 2,005 registered voters, with an unweighted margin of error of plus or minus 2 percentage points.