The steady drop over the past eight months has led to a split among voters overall who do think the country will succeed in mitigating climate change’s impacts in the coming years, and those who do not 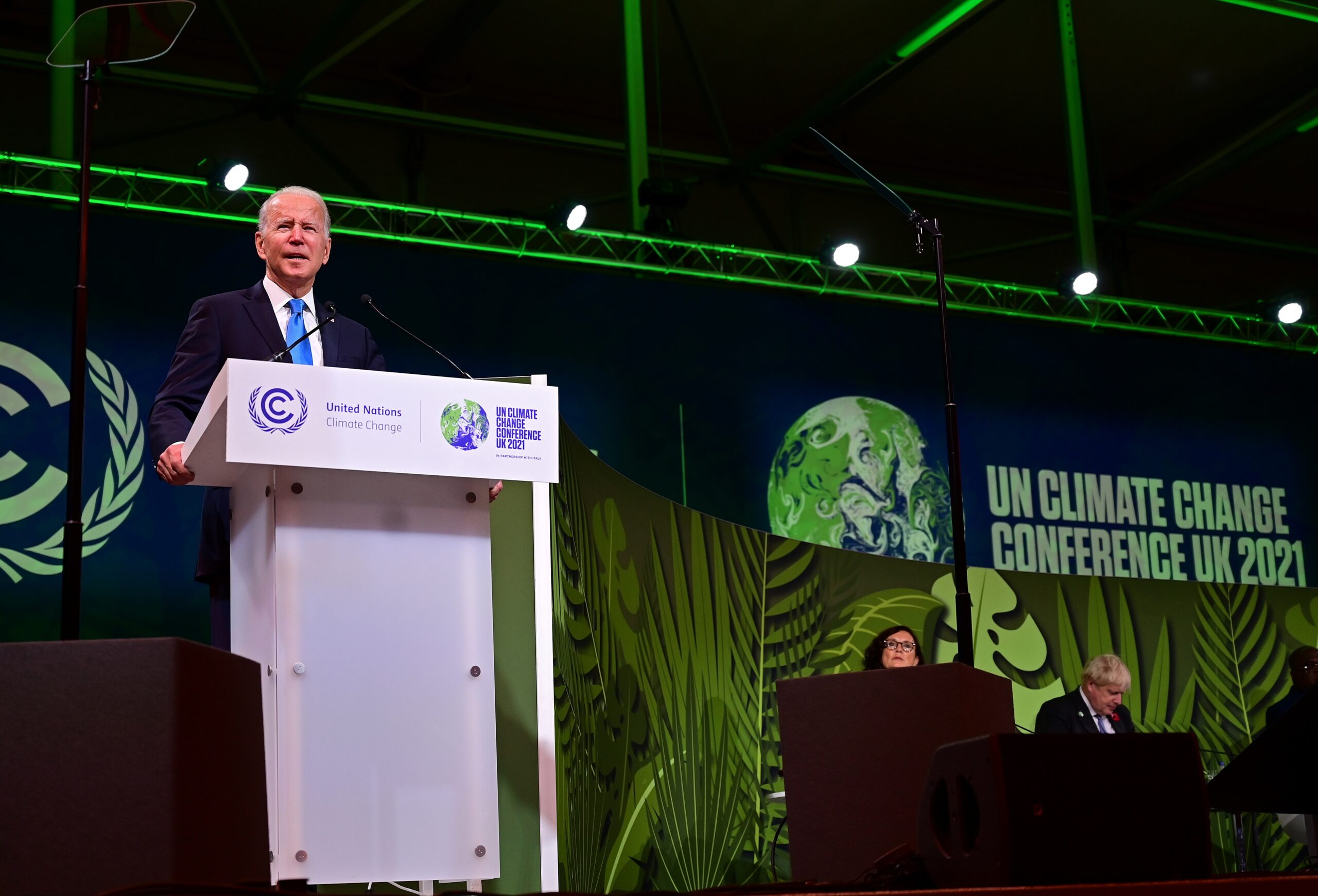 President Joe Biden attends an Action on Forests and Land Use event on day three of COP26 at SECC on Nov. 2, 2021, in Glasgow, United Kingdom. (Paul Ellis - Pool/Getty Images)
By Lisa Martine Jenkins

The share of voters who are confident in the eventual success of the United States’ efforts to decrease its carbon emissions and slow the effects of climate change has waned over the past eight months, according to weekly data from Morning Consult’s Taking the Temperature project. And recently, the share of voters who say they are not confident in the country’s ability to mitigate the phenomenon (45 percent) has surpassed the share who say that they are (42 percent).

This erosion of confidence has come as the White House and the bulk of Democrats on Capitol Hill have tried — and so far failed — to pass major climate legislation in the form of the Build Back Better package.

U.S. adults were asked how confident they are that the country will reduce its carbon emissions and slow the impacts of climate change in the next decade

Weekly surveys are conducted among a representative sample of roughly 2,200 U.S. adults (including roughly 2,000 registered voters) and have an unweighted margin of error of +/-2 percentage points.

Related: At Least a Third of the U.S. Public Cites High Levels of Concern About Disasters

When President Joe Biden took office, many climate advocates let out a sigh of relief after the Trump administration largely ignored the issue over the previous four years. Biden used his newfound executive powers to enact a slew of climate provisions in his first week in office, and  though his administration’s actions have been controversial at times – such as the number of drilling leases it has issued on public lands — he has been vocal about making the mitigation of climate change’s impacts a major goal of his time in office.

However, in order to pass his signature climate legislation, Biden has had to navigate a split Senate and a notable Democratic holdout in Manchin. The Build Back Better plan has $555 billion in climate provisions but Manchin, who has financial interests in fossil fuel companies, recently reiterated his opposition to the package as a whole, saying it is “dead.” These road bumps are evidently on voters’ radar as Biden enters his second year in office.

Manchin did say this week that he would be willing to support a separate package encompassing the bill’s provisions on renewable energy; it remains to be seen whether that will happen and what its impacts would be on public sentiment when it comes to the country’s climate action if it does.

Data based on weekly surveys conducted among a representative sample of about 2,000 registered voters each, with an unweighted margin of error of +/-2 percentage points. The trackers will be updated on an ongoing basis.